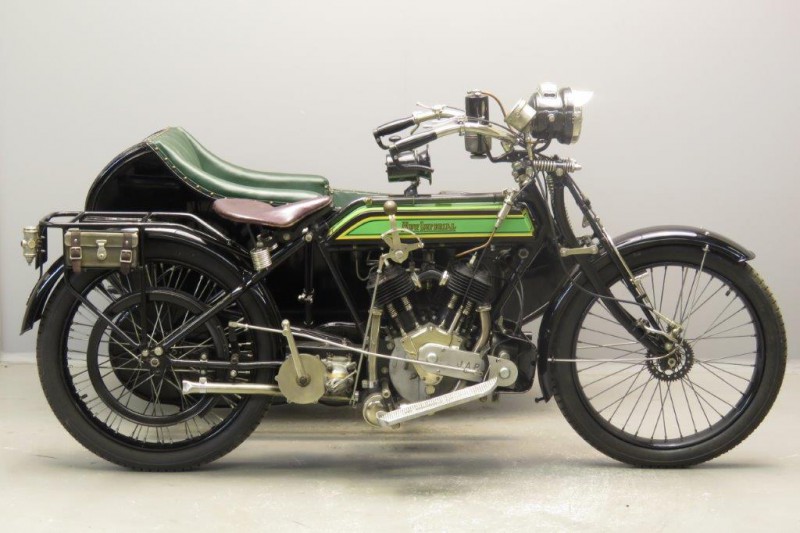 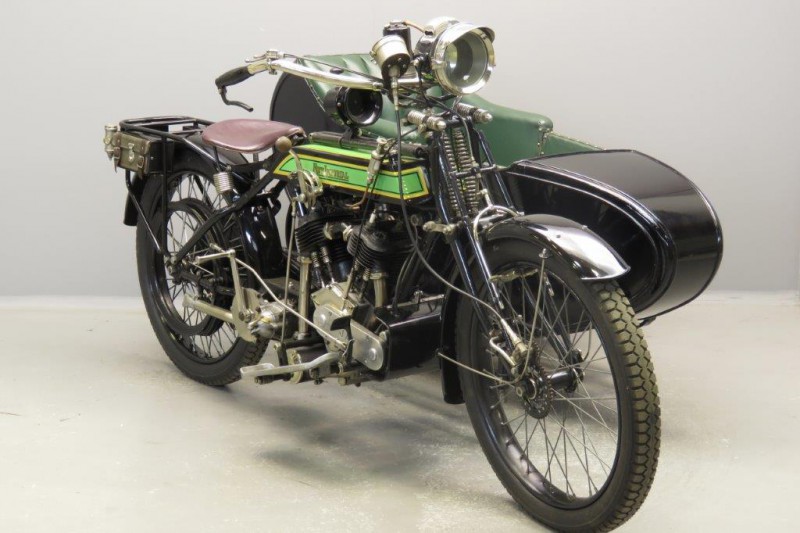 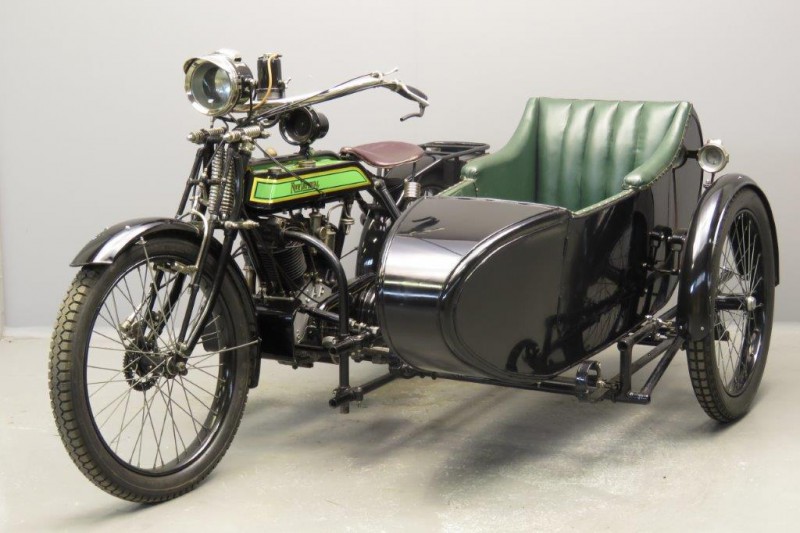 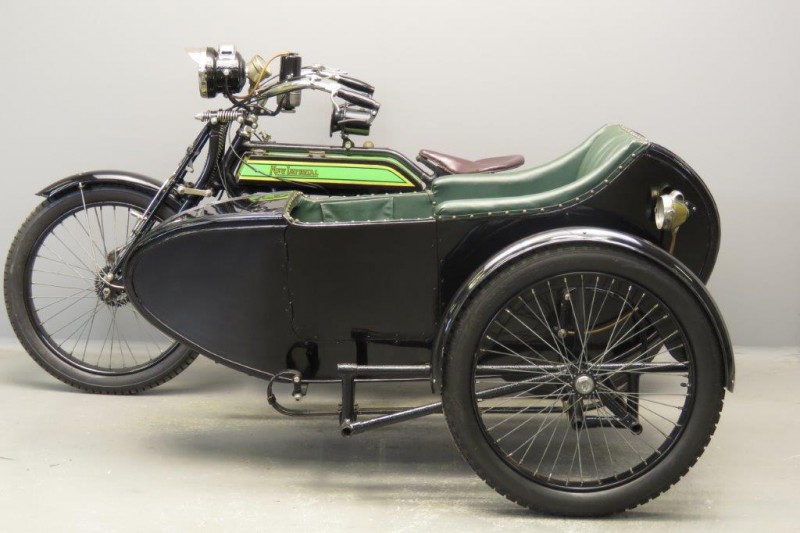 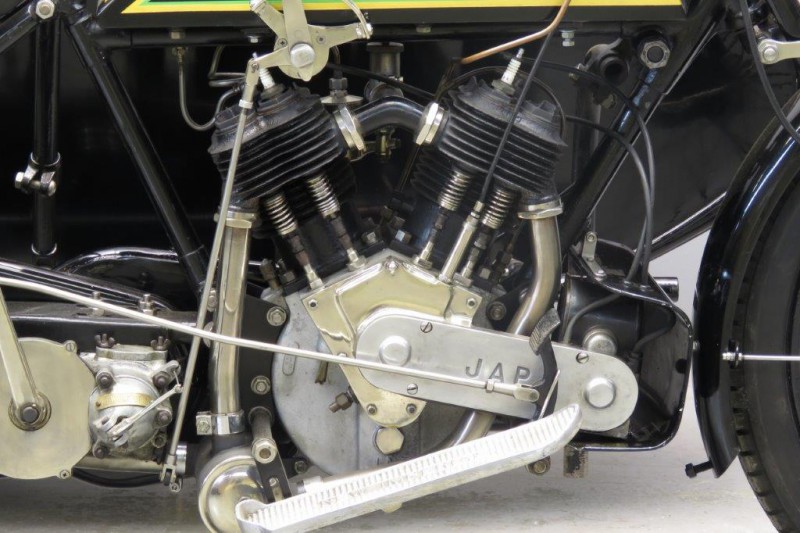 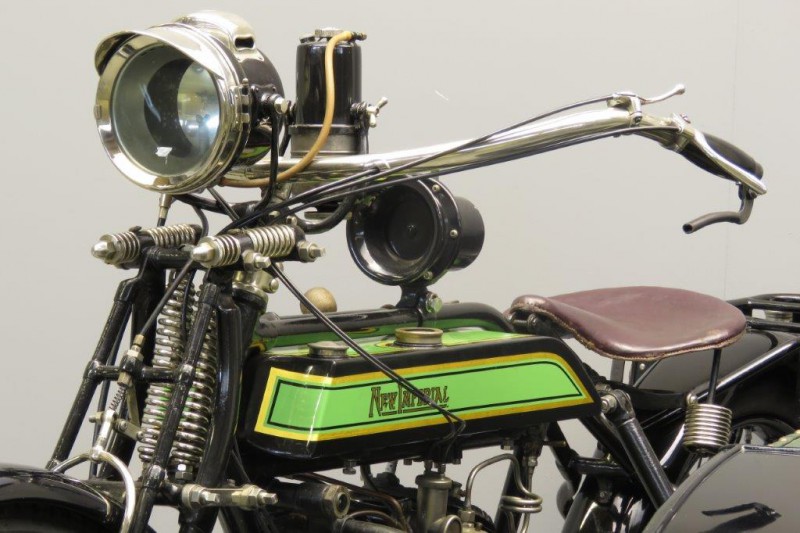 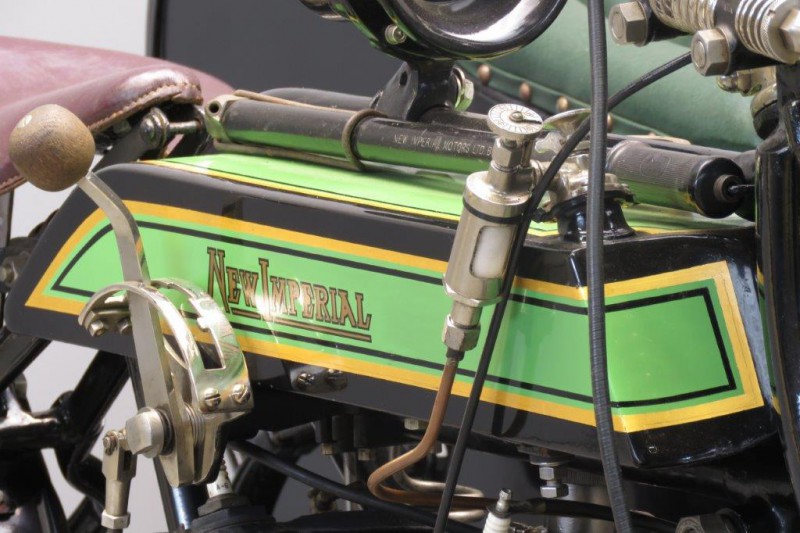 After a rather unsuccessful attempt to enter the motorcycle market under the name “ Imperial” in 1901, the company made a serious comeback in 1910 under the name “ New Imperial” and managed to stay in business till 1939.
At first only a few models were offered, 293 cc side valve singles and 8 HP V-twins, all with JAP engines. New Imps got the image of “middle of the road” machines, offering good value for money. In the early twenties the company, based in Hall Green, Birmingham, became more and more active in racing and year by year more models were marketed, to expand the market share in the years in which competition between motorcycle manufacturers was fierce.
Till 1926 JAP proprietary engines were used, after that their own engines were built in.
During the First World War, the Russian War office ordered motorcycles from a variety of British motorcycle manufacturers, New Imperial being one.
The machines were ordered to Russian military specifications for use on the Eastern front.
Whilst generally similar to the standard 8HP model, they were designed for use in the theatre of war, with a sidecar attached, very good ground clearance, and a reinforced sidecar chassis capable of mounting a large machine gun.
However, the Russians had their own internal problems, with civil unrest which eventually culminated in the February Revolution of 1917.
In the ensuing chaos, the orders for military machines were never completed, and the bikes remained with the makers.
After the war, the majority of the military bikes were ‘civilianised’ and sold off to the general public
The machine we present here is one such machine, still bearing the stamp ‘War Product’ near the serial number on the engine.
This 8hp model was restored during the eighties and has been used regularly since in vintage runs.
She’s an impressive combination and comes complete with original Dixie WD magneto, hand claxon, Stewart speedometer and Powell & Hanmer acetylene lighting set.