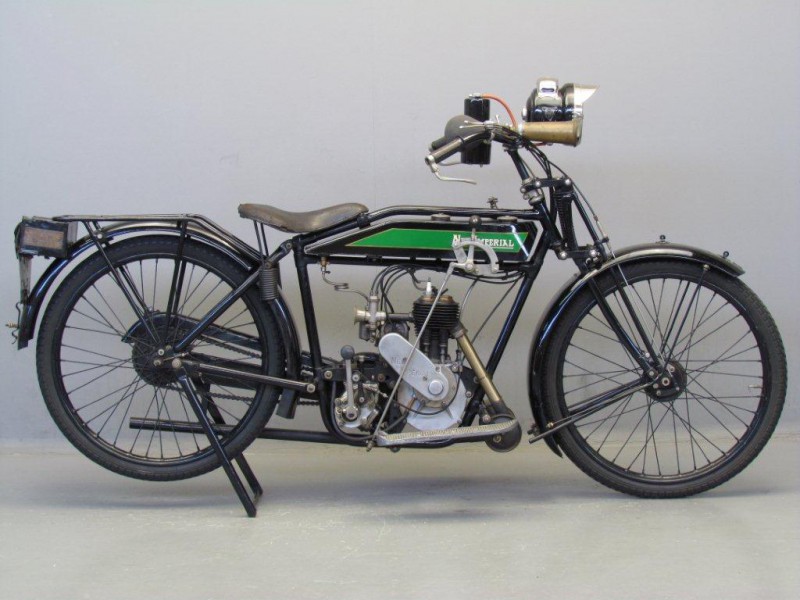 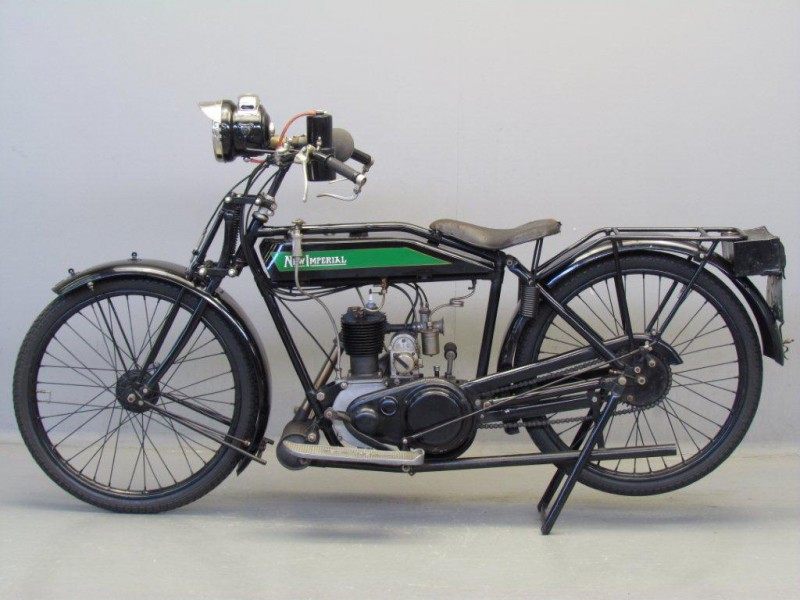 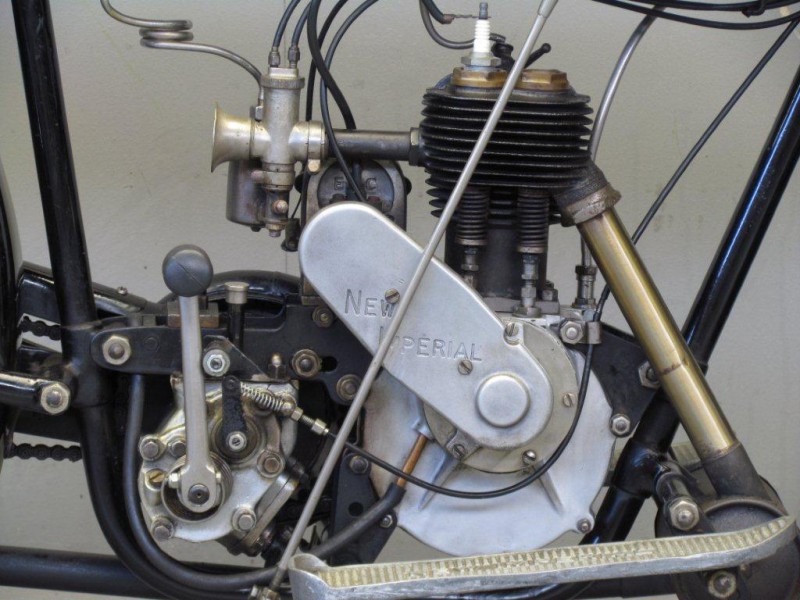 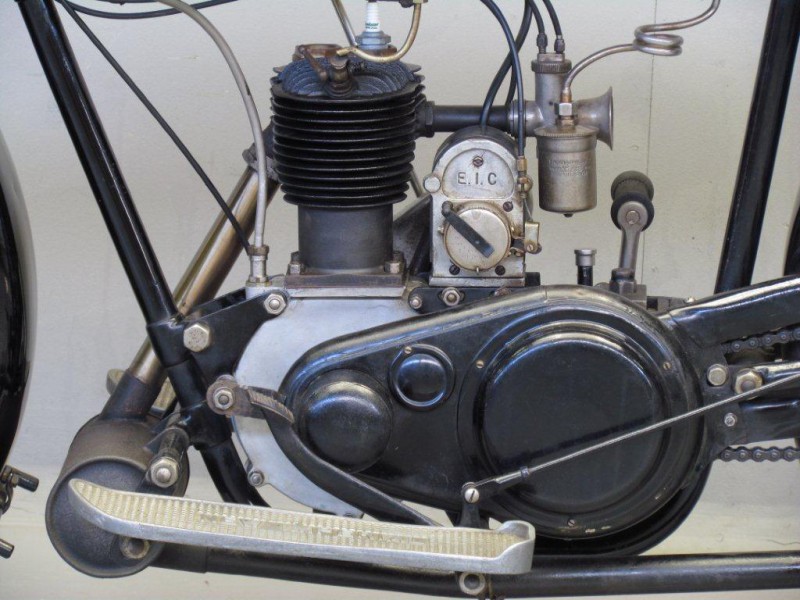 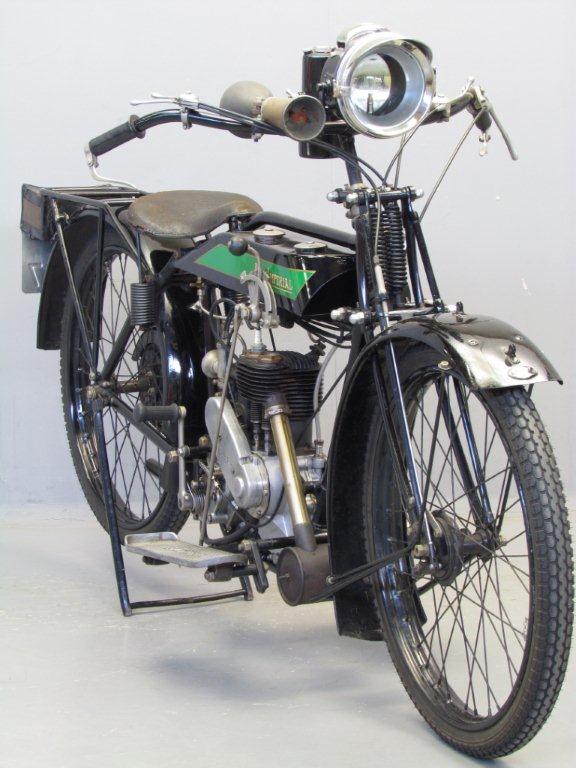 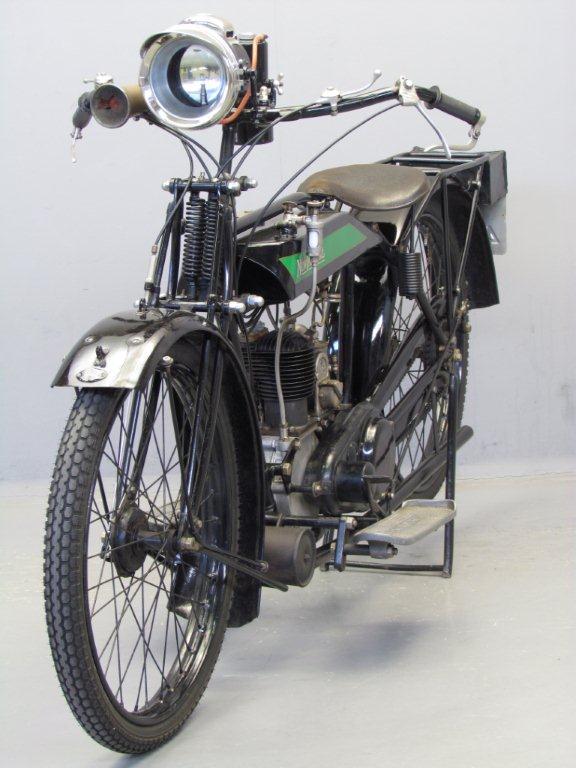 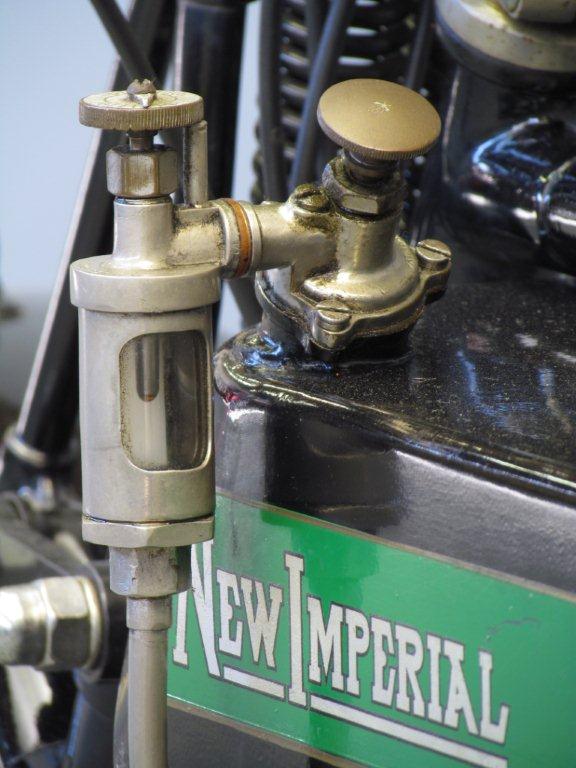 After a rather unsuccessful attempt to enter the motorcycle market under the name “ Imperial” in 1901, the  company made a serious comeback in 1910 under the name “ New Imperial” and managed to stay in business till 1939.
At first only  a few models were offered, 292 cc side valve single and  8 hp twins, all with JAP engines.
New Imps got the image of  “middle of the road”  machines, offering good  value for money.
In the early twenties the company, based in Hall Green, Birmingham, became more and more active in racing and  year by year more models were marketed, to expand the market share in the years in which competition between motorcycle manufacturers was fierce.
Till 1926 JAP proprietary engines were used, after that their own engines were built in.
In 1927 some 19 different models were available.
The range for 1924 consisted of machines in four capacity classes: there were   248cc , 292cc and 346 cc singles  and a 976 cc V-twin. Because of the variation in specifications  about  10 models   were available.
This reliable and practical vintage mount has internal expanding brakes and New Imp’s own three speed gearbox.
Bore x stroke is 70 mm x 76 mm. It comes complete with footboards, acetylene lighting and bulb horn.
The machine  has spent all its life in The Netherlands and is a well-kept older restoration.