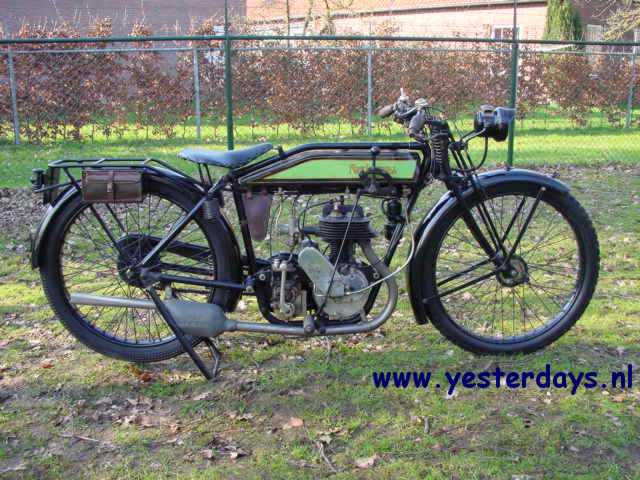 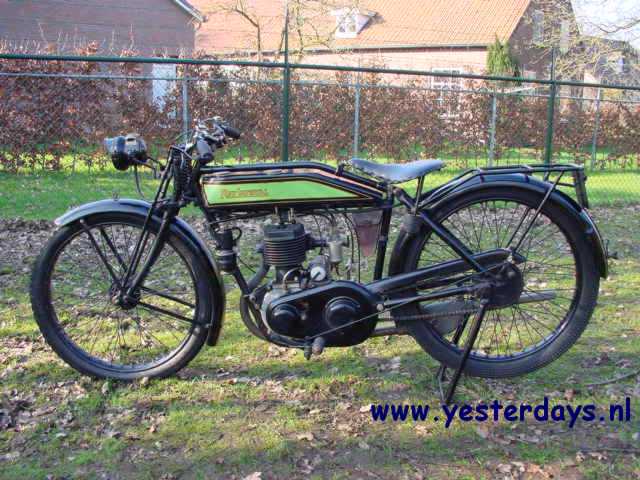 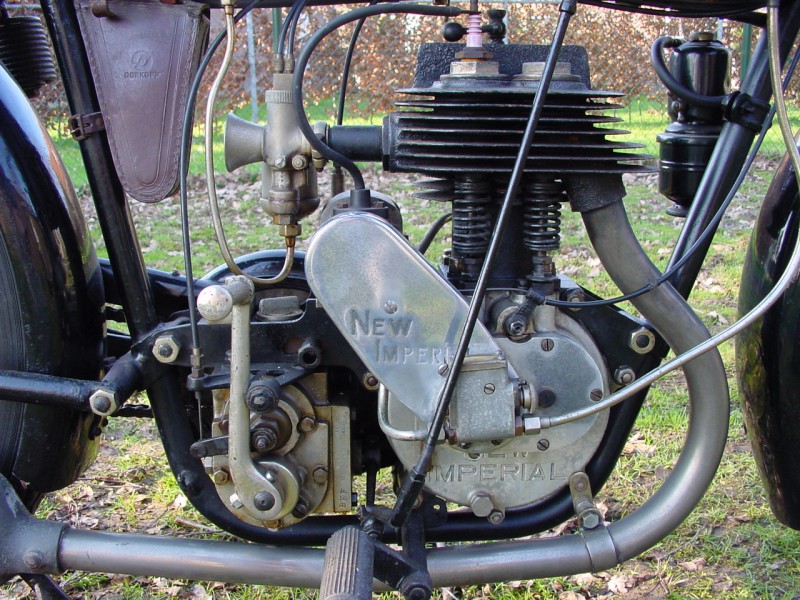 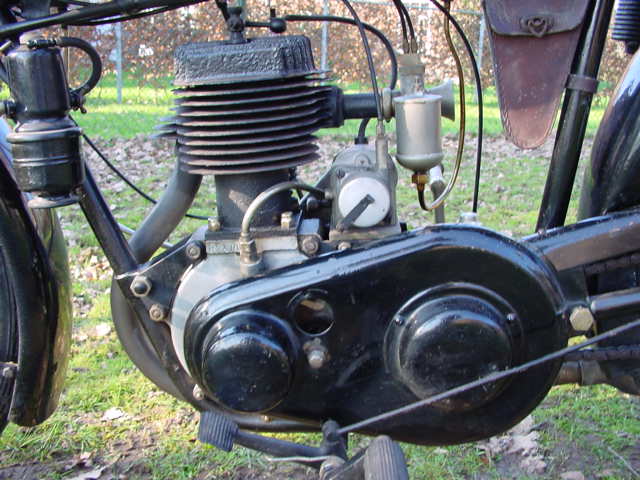 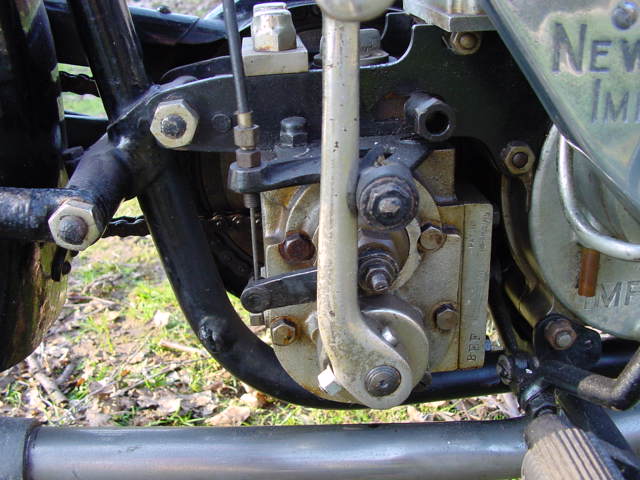 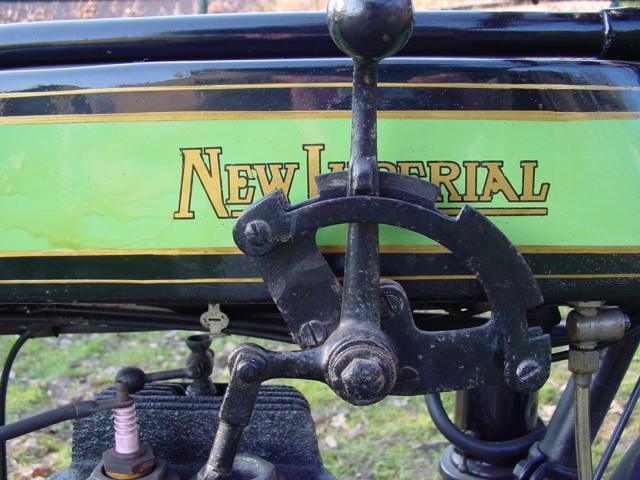 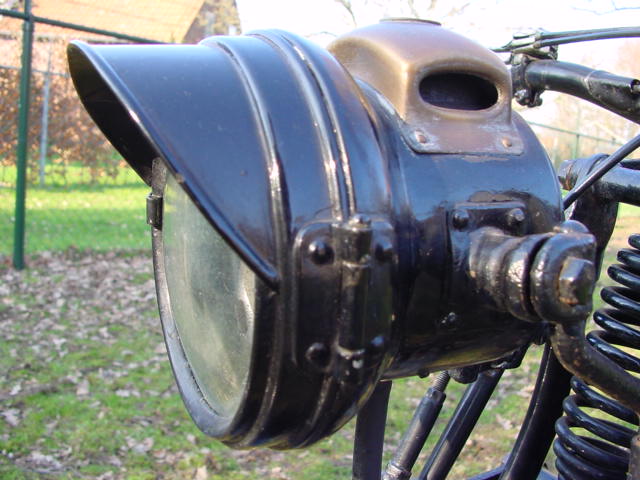 After a rather unsuccessful attempt to enter the motorcycle market under the name “ Imperial” in 1901, the  company made a serious comeback in 1910 under the name “ New Imperial” and managed to stay in business till 1939.
At first only  a few models were offered, 293 cc side valve single and  8 hp twins, all with JAP engines. New Imps got the image of  “middle of the road”  machines, offering good  value for money. In the early twenties the company, based in Hall Green, Birmingham, became more and more active in racing and  year by year more models were marketed, to expand the market share in the years in which competition between motorcycle manufacturers was fierce.
Till 1926 JAP proprietary engines were used, after that their own engines were built in.
In 1927 some 19 different models were available..
A very special feature of this machine is that is well documented and has been used for only a few years.
The first owner purchased the machine from a local garage ( the suppliers badge is still on the front mudguard) and used the machine in the summer months from 1927 till 1930, then it was stored at the back of the garage, from which it emerged again in 1968.
The second owner restored the machine and used it in vintage rallies until 1975, when it was laid up. Current condition of engine and cycle parts is very good.
The machine comes with original supplier’s invoice, hire purchase agreement and insurance agreement.