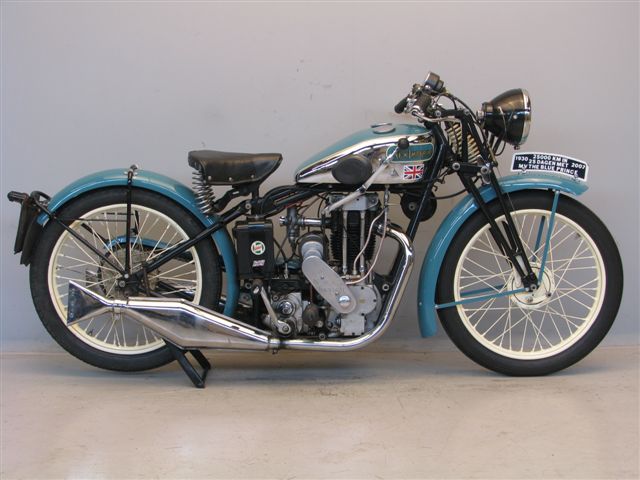 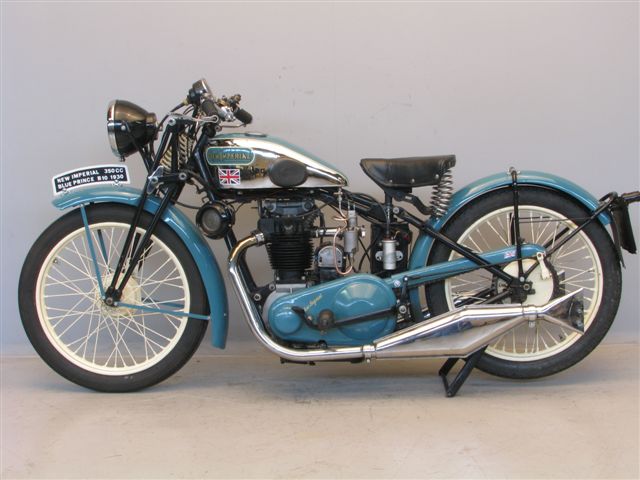 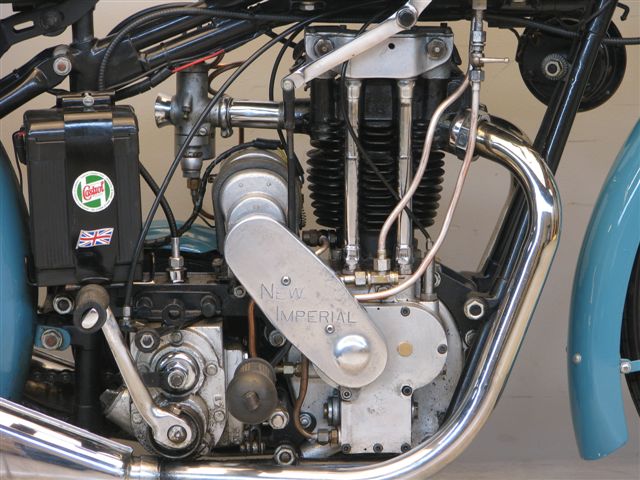 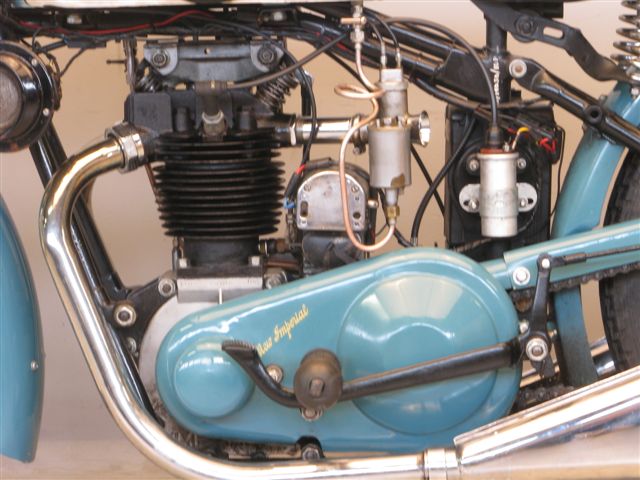 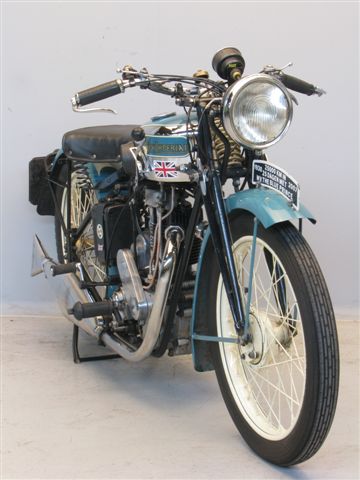 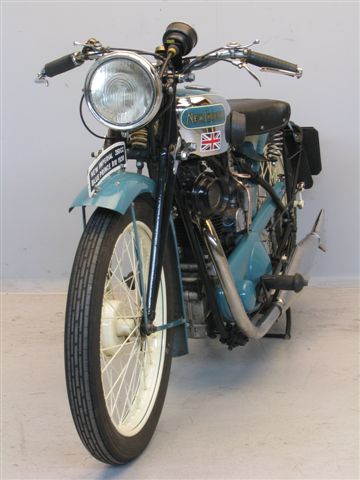 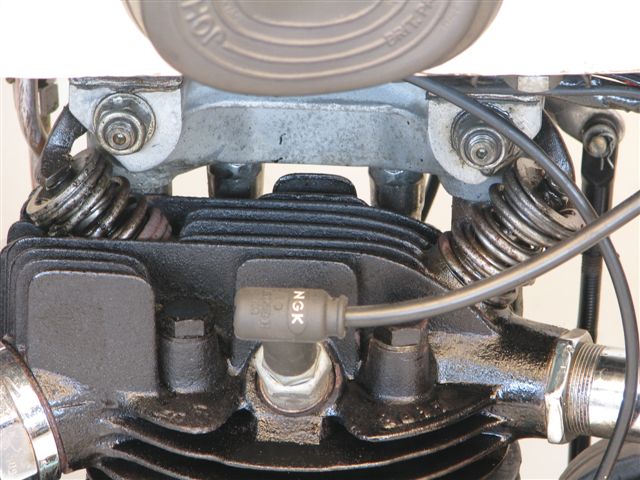 After a rather unsuccessful attempt to enter the motorcycle market under the name “ Imperial” in 1901, the  company made a serious comeback in 1910 under the name “ New Imperial” and managed to stay in business till 1939.
At first only  a few models were offered, 293 cc side valve single and  8 hp twins, all with JAP engines.
New Imps got the image of  “middle of the road”  machines, offering good  value for money.
In the early twenties the company, based in Hall Green, Birmingham, became more and more active in racing and  year by year more models were marketed, to expand the market share in the years in which competition between motorcycle manufacturers was fierce.
Till 1926 JAP proprietary engines were used, after that their own engines were built in.
In 1927 some 19 different models were available. In the early thirties the model range was shrunk to about half a dozen models.
The Blue Prince model was introduced by the end of 1930.
It was a sporty touring model with a striking blue colour, available in 350 and 500 cc capacities.
In December 1930 the Blue Prince showed its quality in a 25,000 kilometres long distance reliability  test staged in The Netherlands by the Dutch importer.
The distance of 25,000 kilometres was covered in 25 days; three riders and one Blue Prince machine went on day and night on a 250 km long route along main roads  in the centre of the country.
The weather was terrible: rain, snow and fog were the riders’ companions  and the roads were  bad and often covered with ice.
The Blue Prince  came through the ordeal with flying colours, the only mechanical failure being a broken speedometer drive cable after 20,000 kilometres…
This  machine is an older restoration and is equipped with Bosch electric lighting.