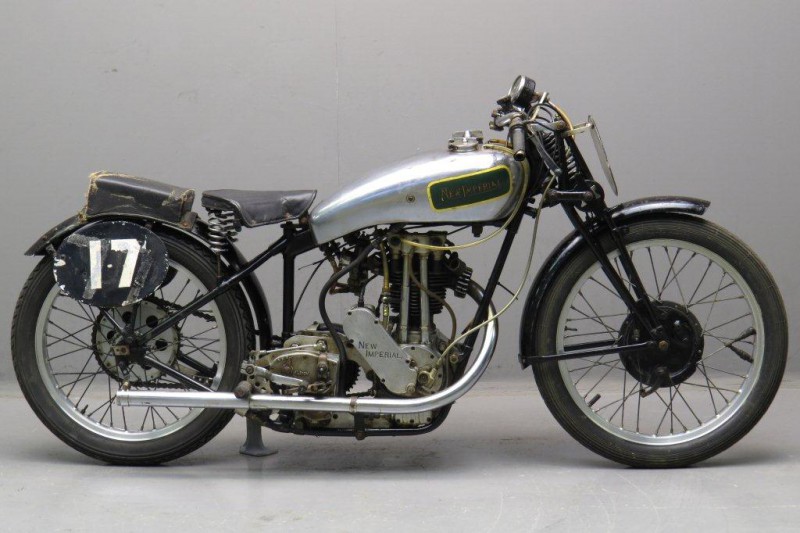 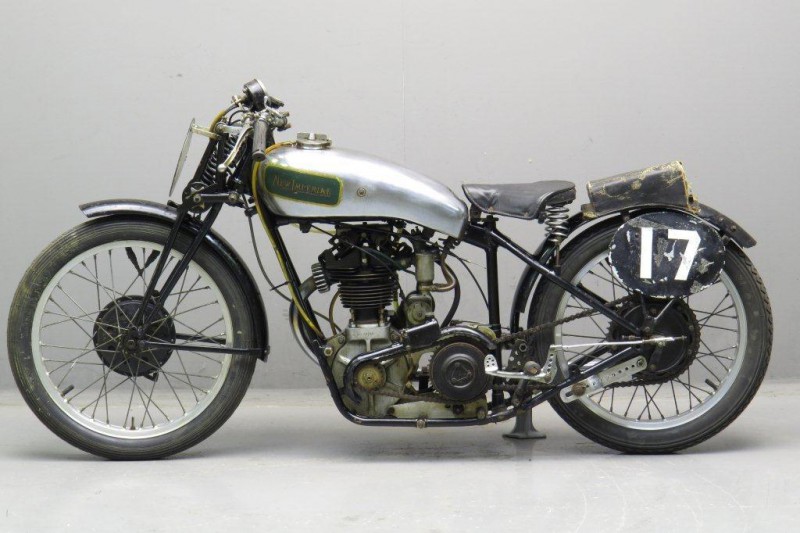 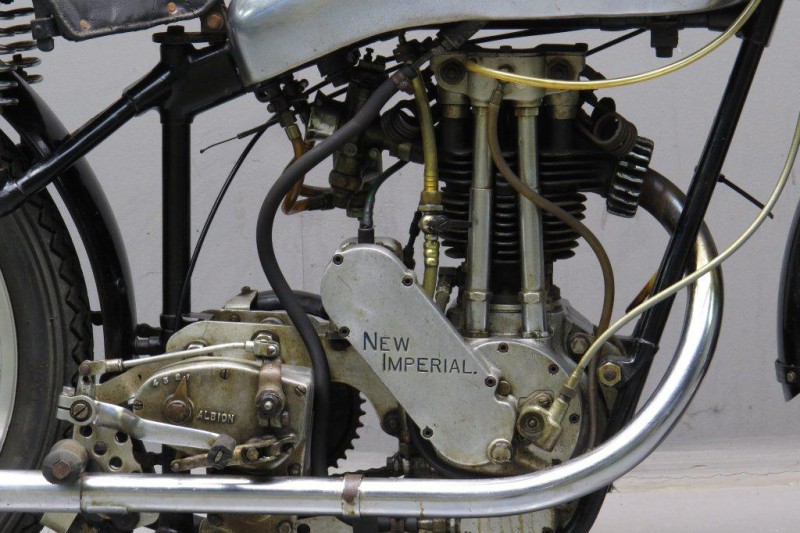 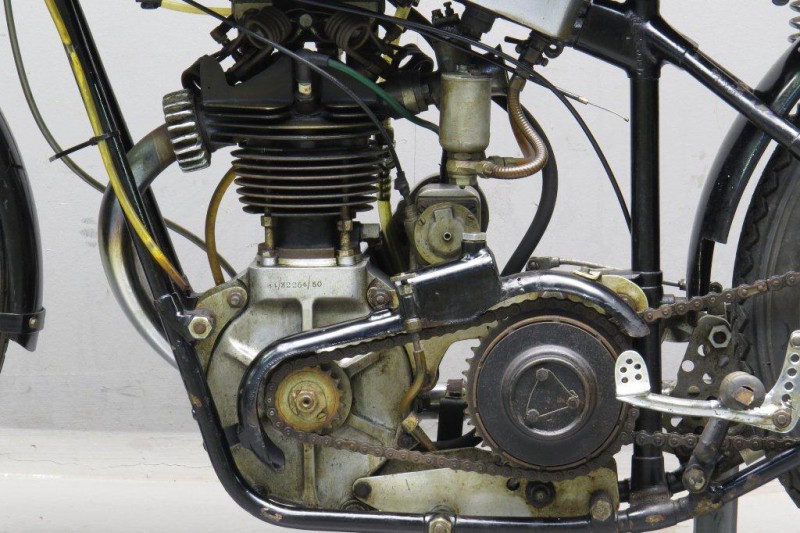 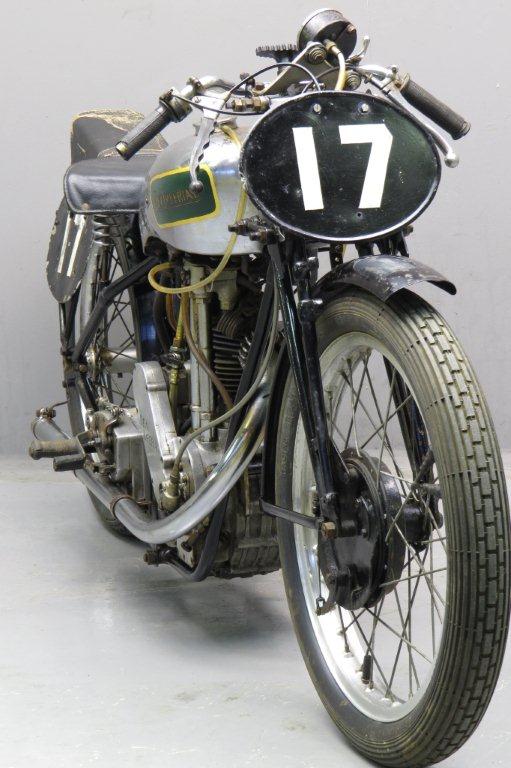 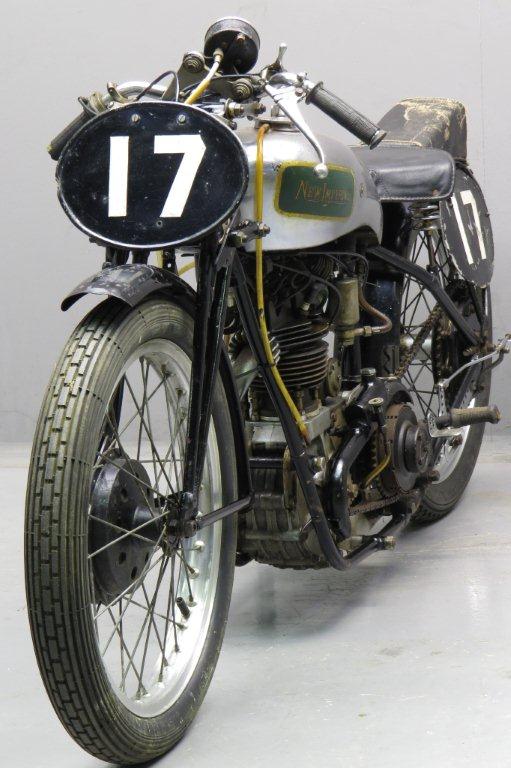 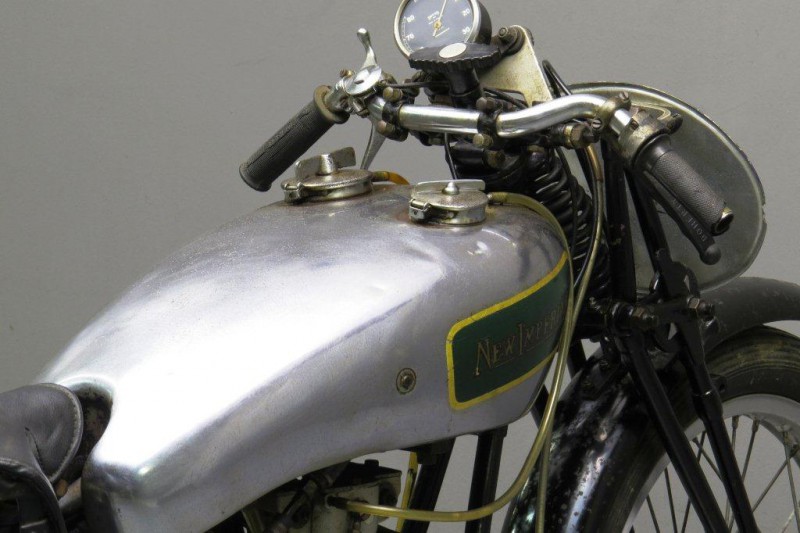 After a rather unsuccessful attempt to enter the motorcycle market under the name “ Imperial” in 1901, the  company made a serious comeback in 1910 under the name “ New Imperial” and managed to stay in business till 1939.
At first only  a few models were offered, a  293 cc side valve single and  8 hp twins, all with JAP engines.
New Imps got the image of  “middle of the road”  machines, offering good  value for money.
In the early twenties the company, based in Hall Green, Birmingham, became more and more active in racing and  year by year more models were marketed, to expand the market share in the years in which competition between motorcycle manufacturers was fierce.
Till 1926 JAP proprietary engines were used, after that their own engines were built in.
New Imperial was  successful in racing in the  Lightweight  class during the mid-twenties  and in  the thirties the successes were continued:   in 1931 Ted Mellors gained third place in the Lightweight TT, in 1932 Les Davenport became second, a performance equalled by Charlie Dodson in 1933.
In 1936  Bob Foster won the Lightweight  on his 246 New Imperial with an average speed of almost 75 mph.
The company was eager to cash in on these successes and offered  two  “over the counter” racers,  the 246 cc Model 50  Grand Prix and the 346 cc Model 60.
The Model 50 has bore x stoke dimensions of  62,5 x 80 mm.
This ex-Stanford Hall Collection  machine has an Albion 4 speed gearbox, a BTH racing magneto and is in original, unrestored condition.