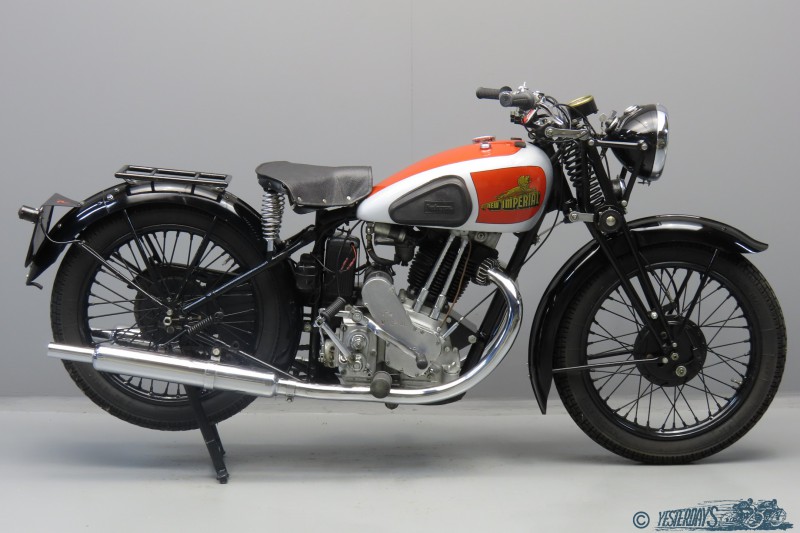 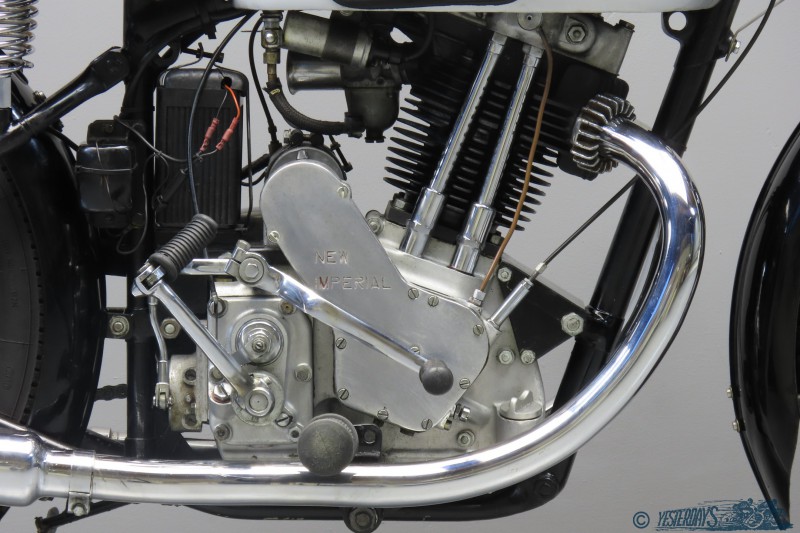 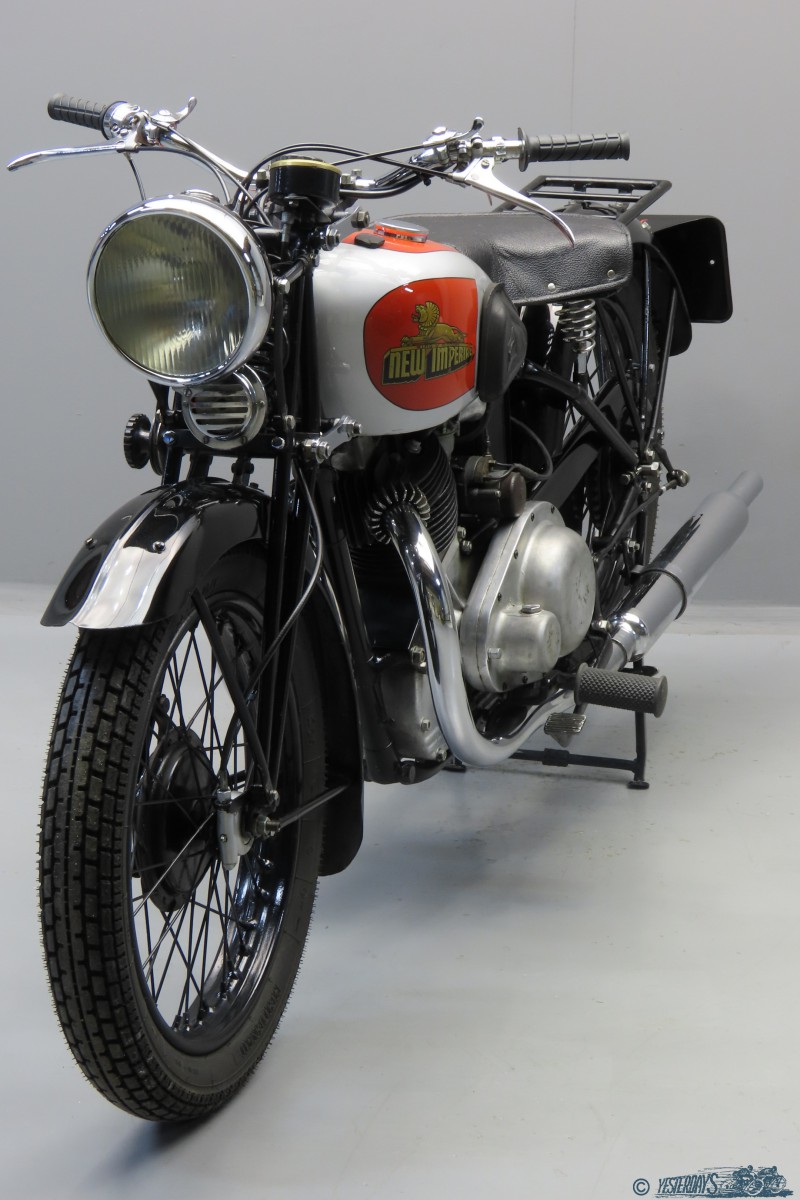 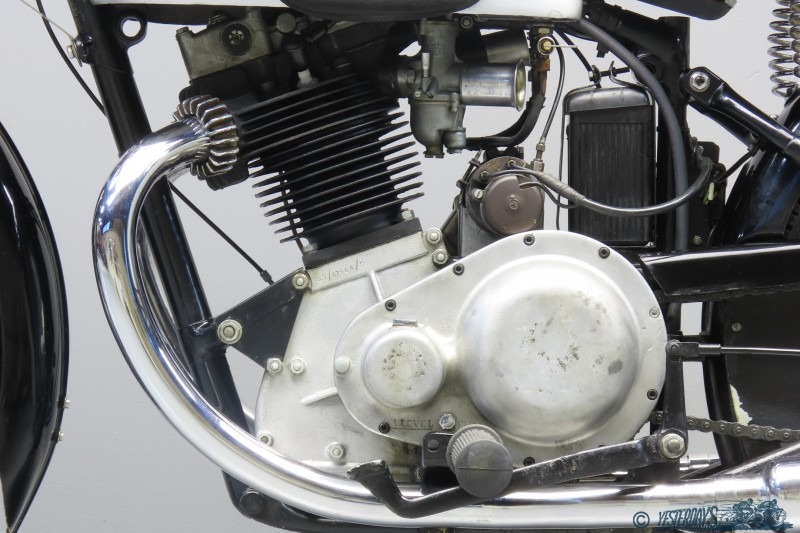 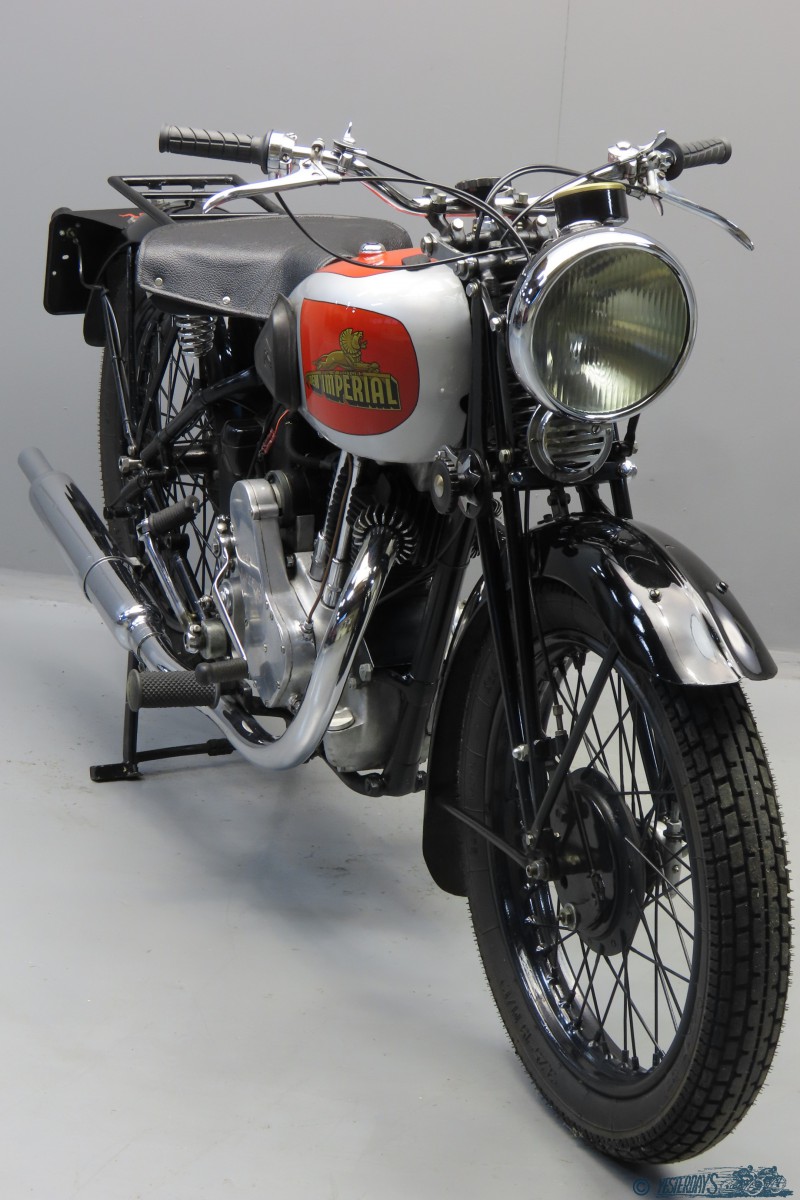 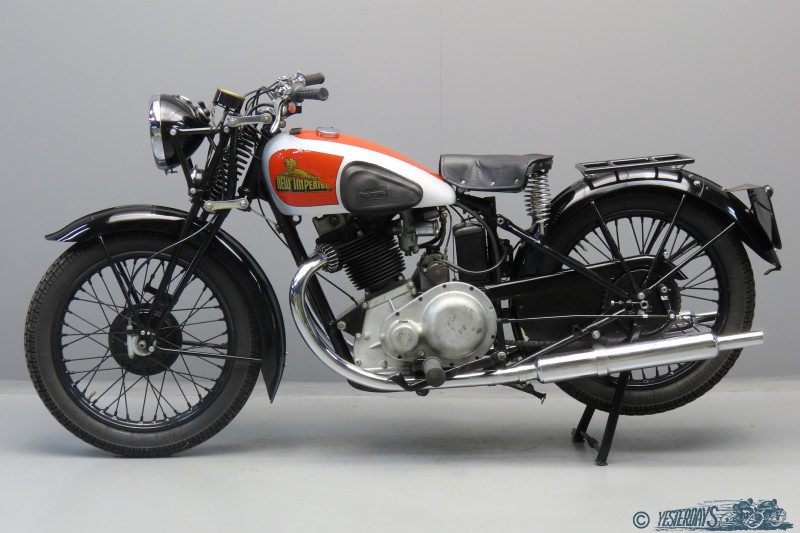 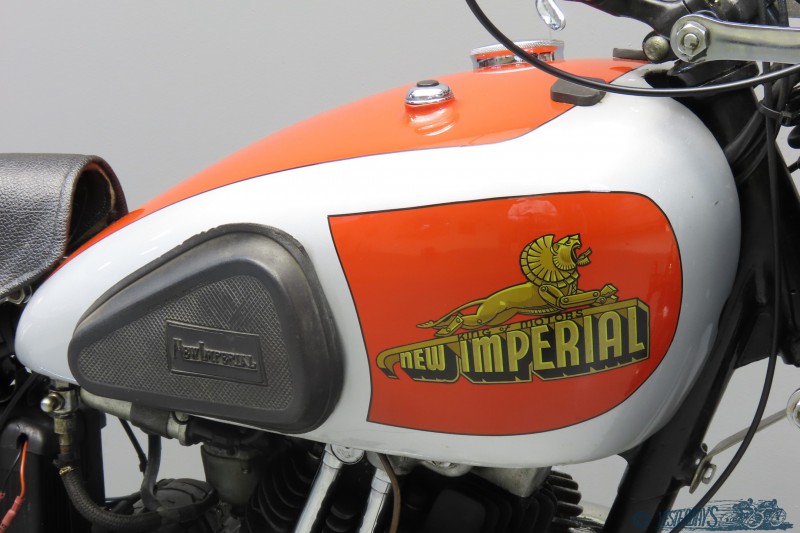 After a rather unsuccessful attempt to enter the motorcycle market under the name “ Imperial” in 1901, the company made a serious comeback in 1910 under the name “ New Imperial” and managed to stay in business till 1939. At first only a few models were offered, 293 cc side valve single and 8 hp twins, all with JAP engines. New Imps got the image of “middle of the road” machines, offering good value for money. In the early twenties the company, based in Hall Green, Birmingham, became more and more active in racing and year by year more models were marketed, to expand the market share in the years in which competition between motorcycle manufacturers was fierce.
Till 1926 JAP proprietary engines were used, after that their own engines were built in. In 1927 some 19 different models were available. In the early thirties the model range was shrunk. In 1936 the lightweight TT was won and as a result all 1937 models got the famous unit construction engine; the design was changed in that there were separate compartments now within the unit for engine and gearbox. Other new features for 1937 were the use of two-port heads on all models except the 150cc Model 23 and the separation of the oiling systems of engine and gearbox. This well-restored sports 500 comes with 80mph Smiths speedo and has a four speed gearbox of New Imp’s own manufacture. Bore x stroke dimensions are 82x94mm. The primary drive is enclosed by a neat aluminium oil bath casing and is effected by double helical gears. The first two digits in the engine and frame numbers show that the frame wat manufactured in March, 1937 and the engine in April, 1937.
The previous owner sold the New Imperial due to his advanced age (80+). After restoration it was regularly ridden, sometimes for long distance trips. Among others he visited the TT on the Isle of Man with this motorcycle, while living in Germany. This is a circa 1500 mile round trip on which he encountered no technical problems whatsoever.