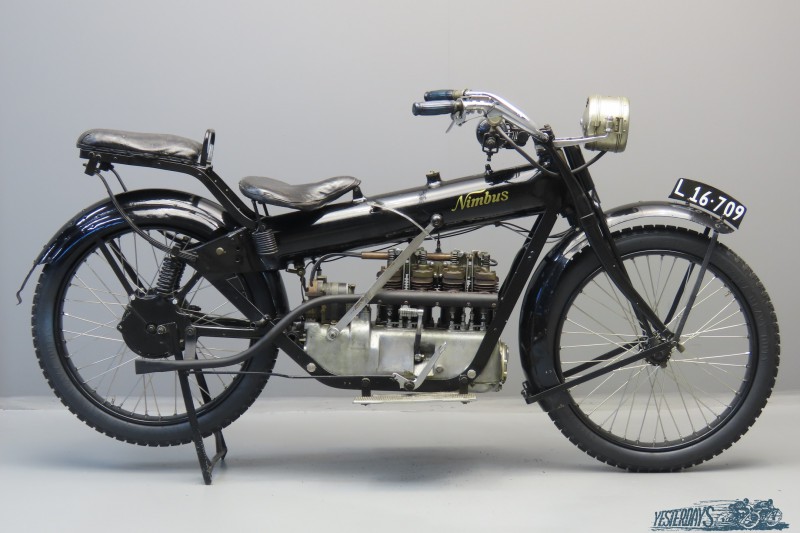 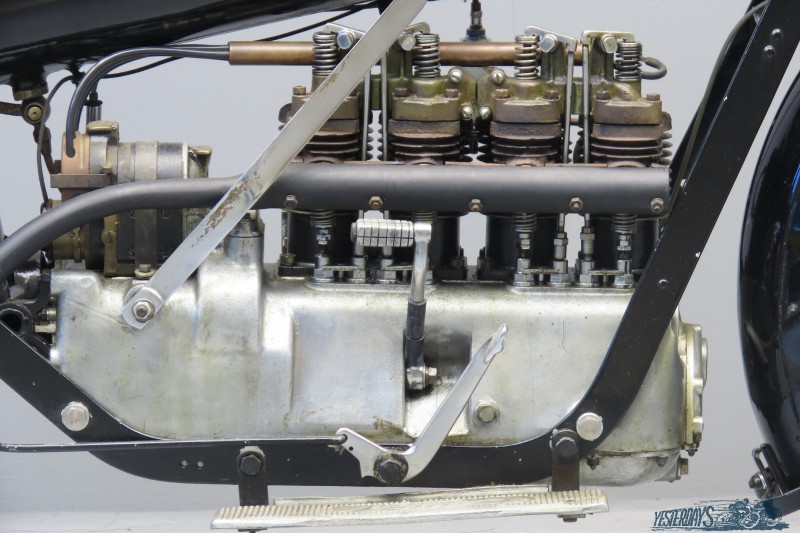 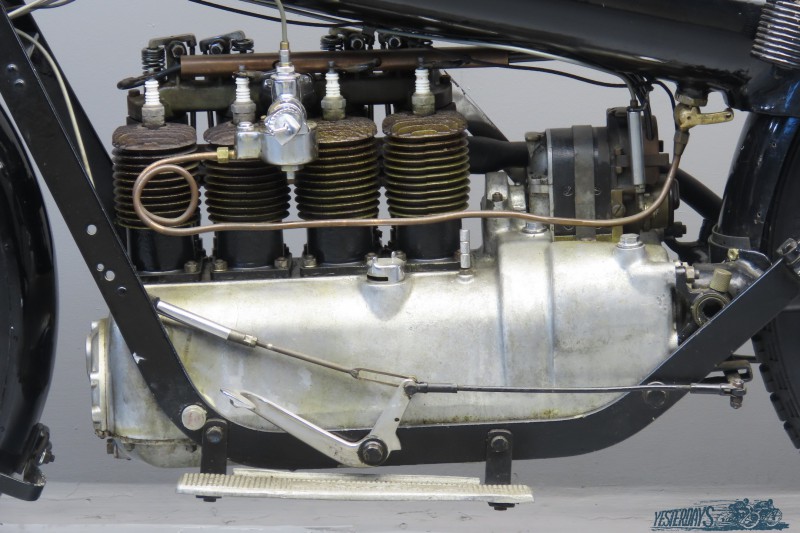 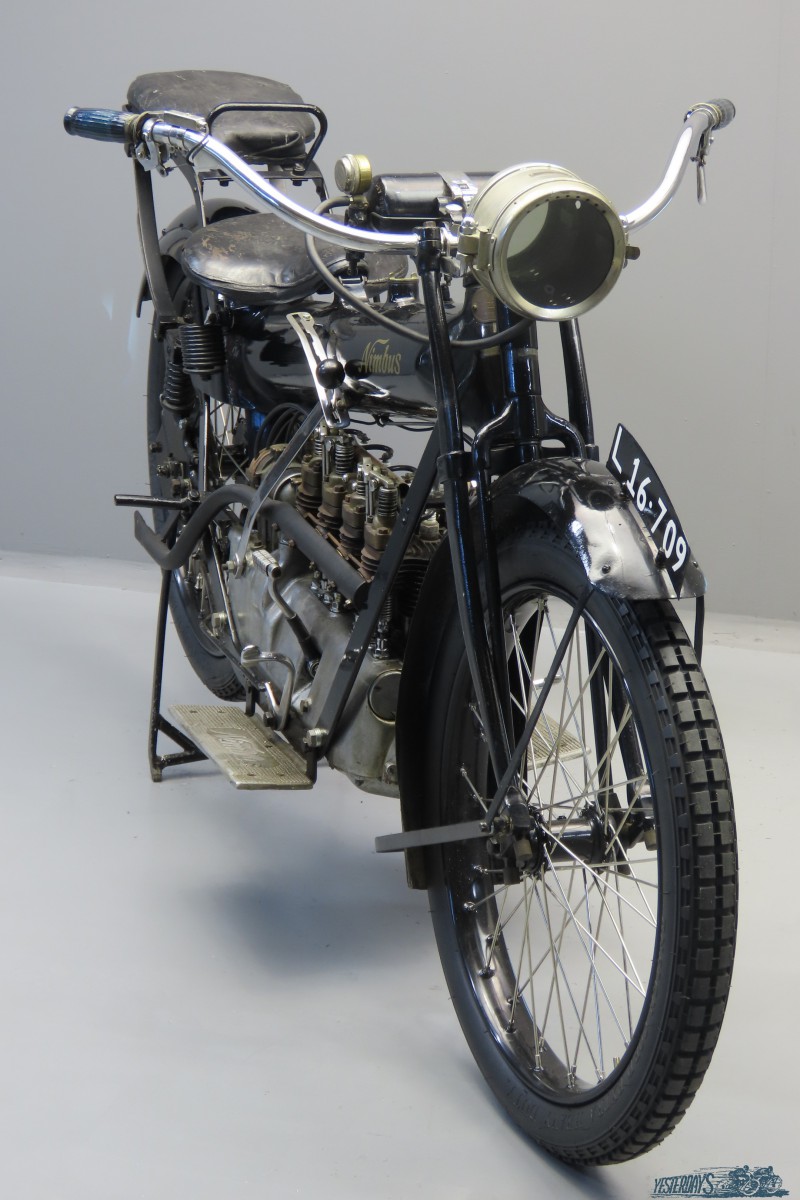 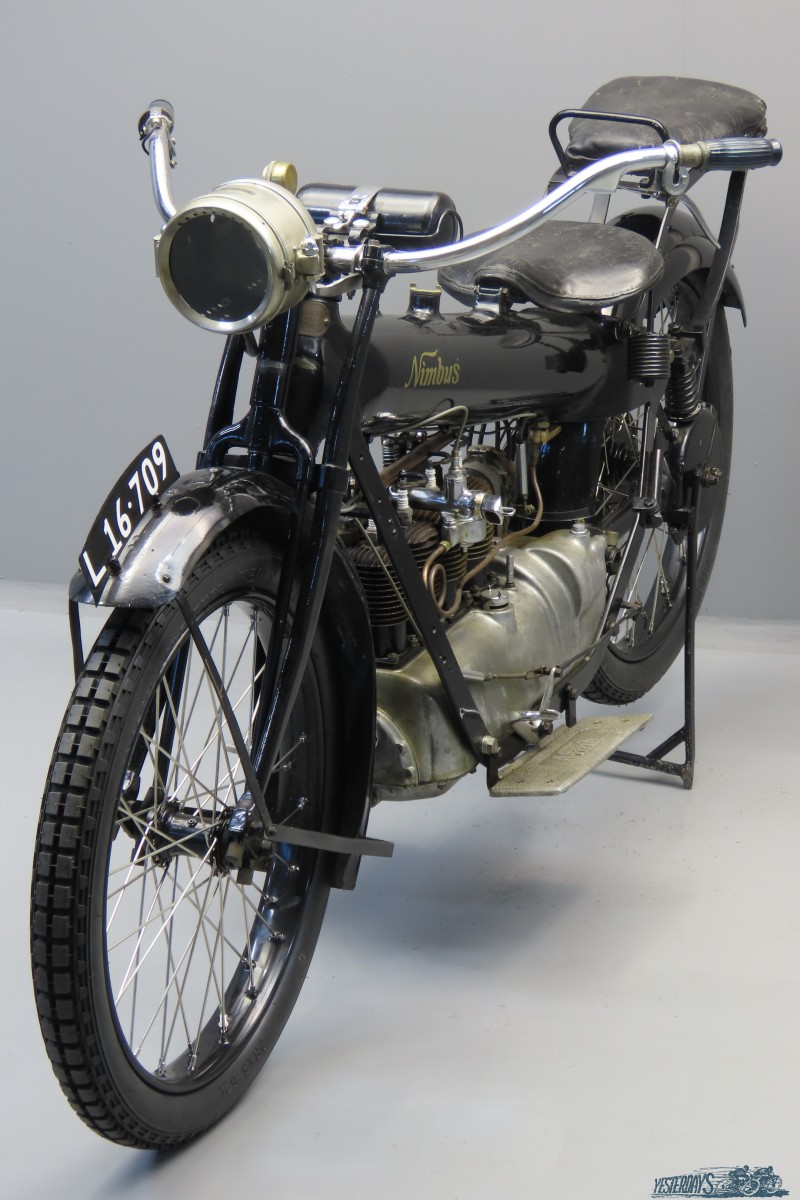 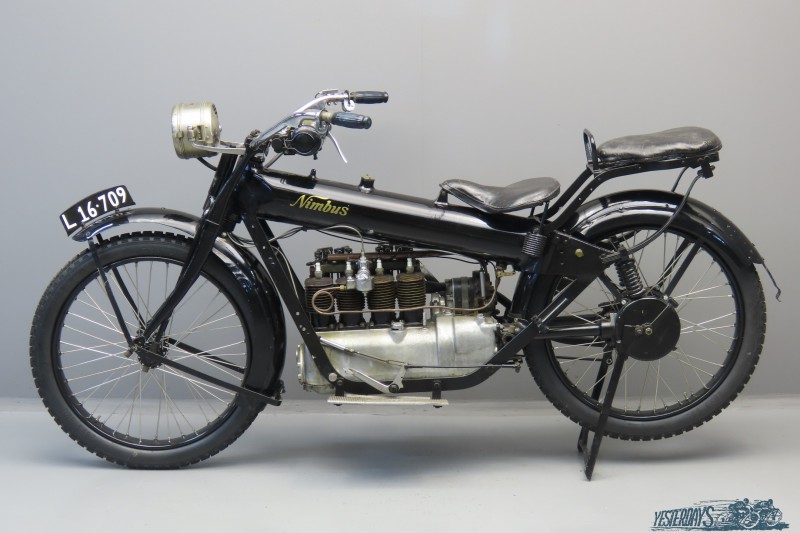 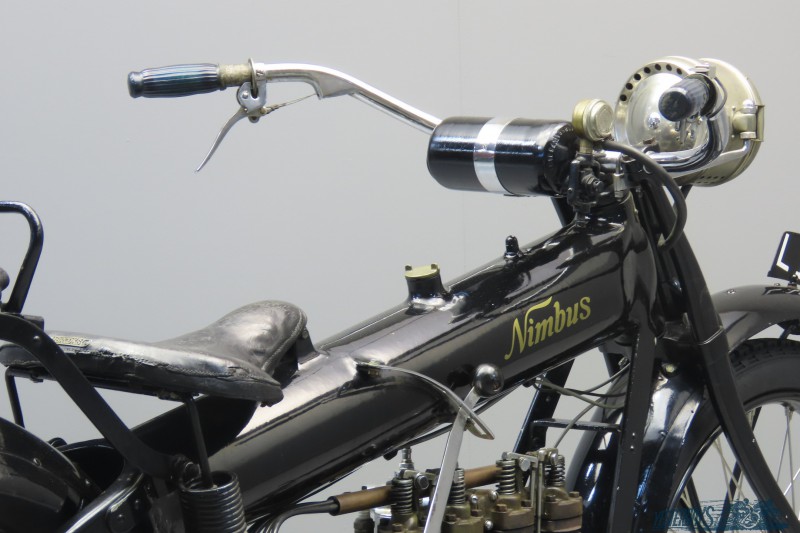 The Nimbus was manufactured by the firm of Fisker & Nielsen of Copenhagen. This company was formed in 1905 to manufacture electric motors; in 1910 the Nilfisk electric vacuum cleaner was marketed. This product was a great success and it was soon sold in many countries all over the world. Fisker believed he could develop a motorcycle that had its own unique shape, and in late 1918 decided to construct a prototype to his own design.

It had an four-cylinder inline engine of 746 cc (45.5 cu in) capacity, which drove the rear wheel through a shaft drive rather than the chain usually used at that time, and a power output of approximately 10 hp. Its top speed was around 100 km/h (62 mph) . It had both front and rear wheel suspension, and soon acquired the nickname of Kakkelovnsrør (“Stovepipe”) It was a remarkable design, since no steel tubing was used in the frame. Instead flat steel strips were used with the long, cylindrical petrol tank welded in place. Two more machines were constructed in 1919, but mass production did not begin until Fisker & Nielsen became a limited liability company in 1920.
Disappointed by poor sales, Fisker began entering the Stovepipe in all the races that he could,
often with a sidecar attached, and built up a good reputation for the machine. However,
the introduction of a sales tax on motorcycles in 1924 and an economic recession resulted in production gradually being phased out from 1926 on after some 1,300 machines had been produced. This decision was soon regretted: in 1934 a new building was commissioned and the “Nimbus II” was brought out in April of that year.

For model year 1924 quite a few changes and improvements were made; a new front fork with enclosed central spring was the most conspicuous. But also stronger engine internals, a new carburettor and intake manifold, stronger rear fork and easier to operate clutch were interesting new features. This particular Stovepipe was delivered on November 21, 1924 to hardware factory A.L. Brems in the Danish city of Viborg. She comes with Brooks saddle and original sprung pillion seat. Lighting is provided by a “Gasaccumulator Stockholm” headlamp and a handlebar mounted AGA acetylene cylinder. This rare and uncommon machine is an older restoration in good condition.