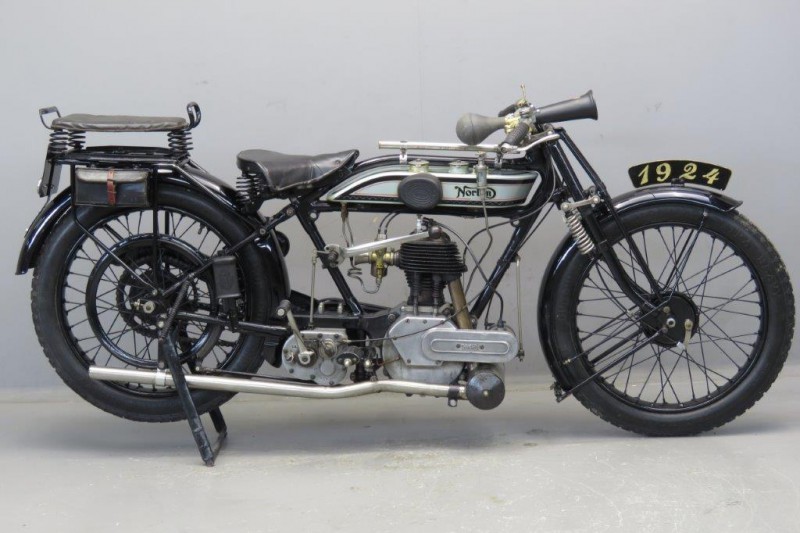 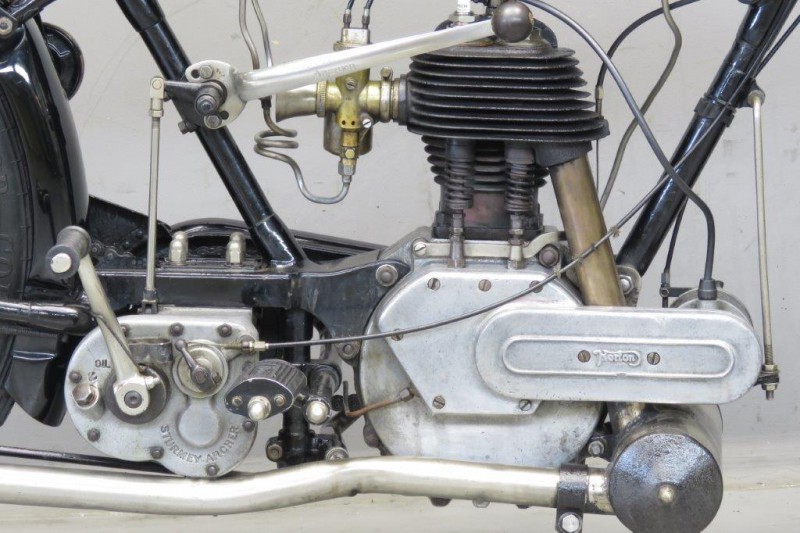 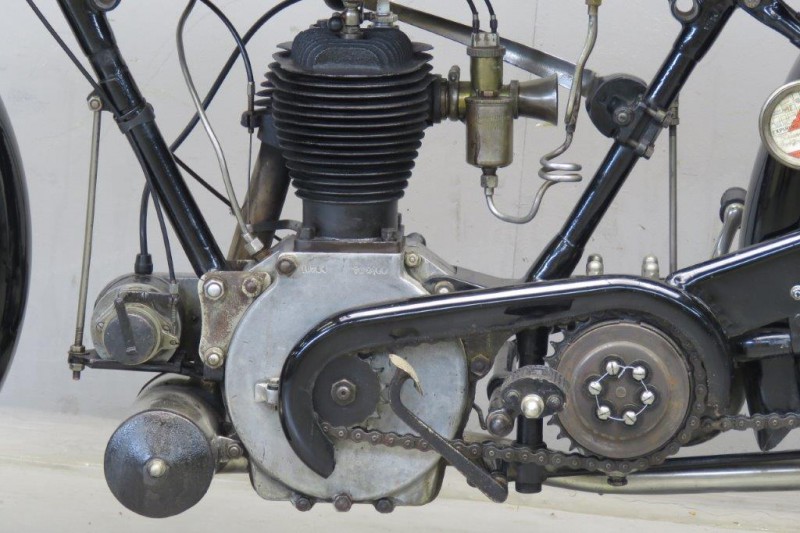 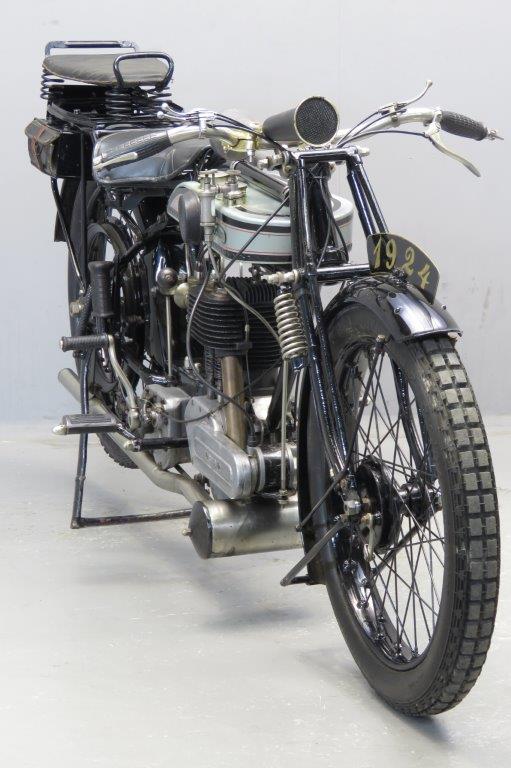 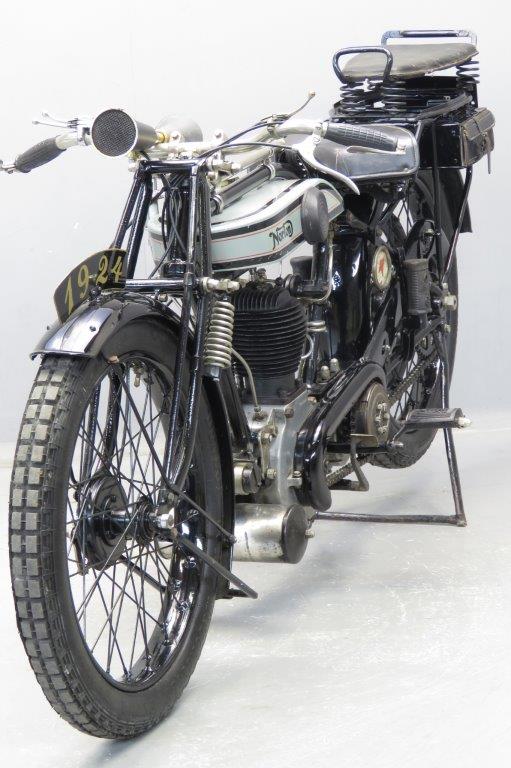 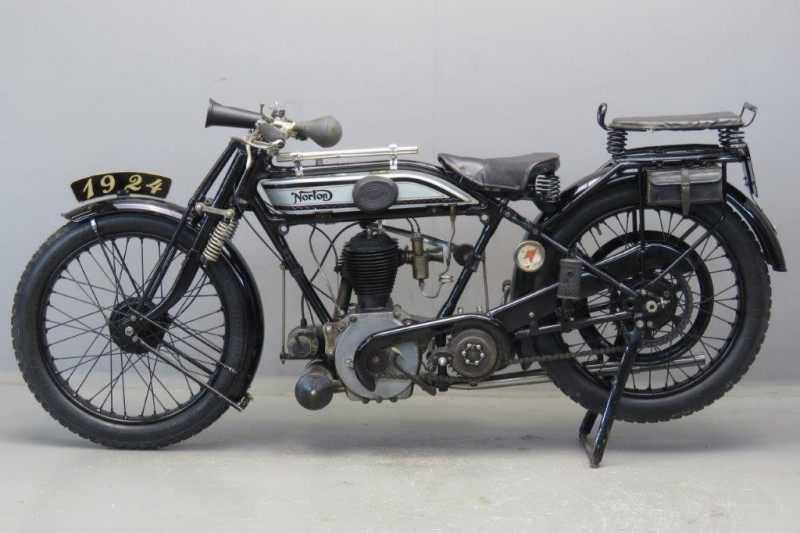 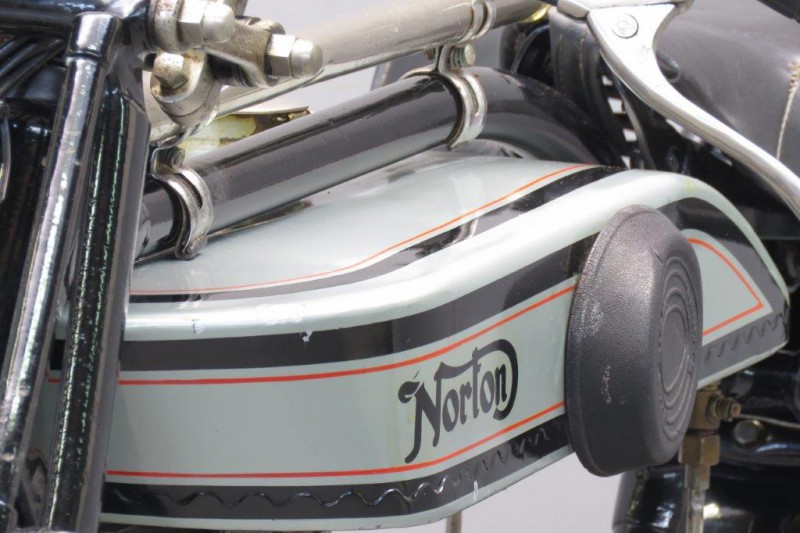 The 16 H engine with dimensions of 79×100 mm had a remarkable production run of no less than 45 years. Keywords with this design are reliability, robustness and power.
The cleanliness and high  level of finish of the engine are described in the 1924 catalogue as follows: “The appearance of the Norton Engines at once appeals to the engineer.
Of clean, sound design, no unnecessary protuberances, scrolls or advertisement appear upon them.
There are no awkward interstices for the collection of dirt.
All cover screws are sunk flush with the case, all corners are radiused  and edges rounded.
The special surface finish makes them very easy to keep clean and it is now generally recognized that,  for smooth power production and efficiency, there are no better engines than the long stroke Norton.”
For 1924  three  490 cc models were available,  the  standard “16H”,   dubbed “The Sports Norton” and   clearly the fastest of the side valve machines (close ratio gearbox available on request!),   the  “17C  Colonial Norton” that had among others higher ground clearance, different tyre size and other gear ratios  and the” Model 2 Touring Norton”,  virtually identical to the “16H” but with footboards and semi-TT handlebars.
This purposeful “16H”is equipped with Brown and Barlow carburettor and Terry saddle.
It is a very presentable older restoration and a good runner.