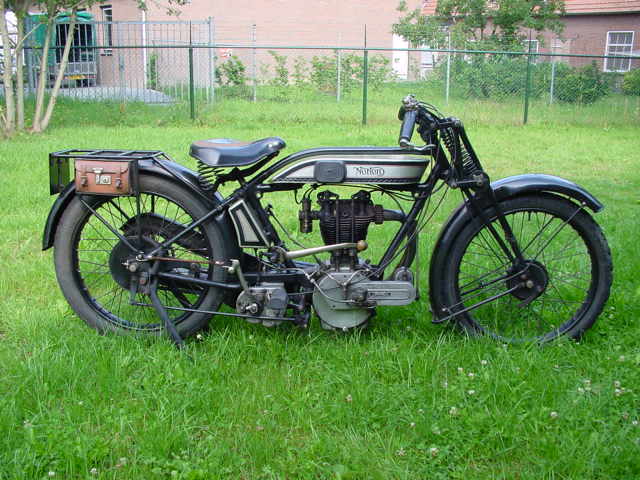 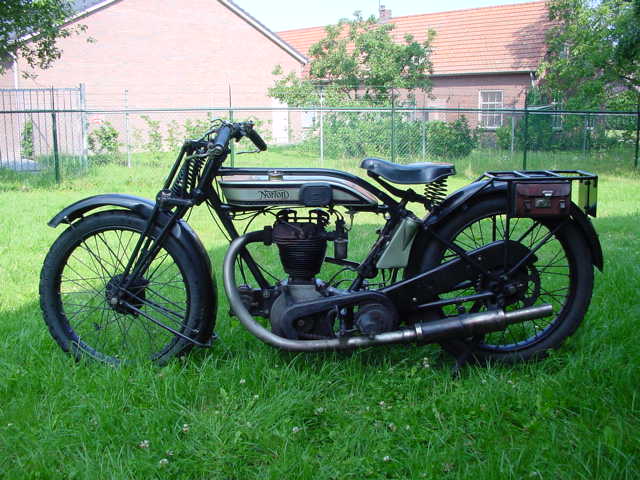 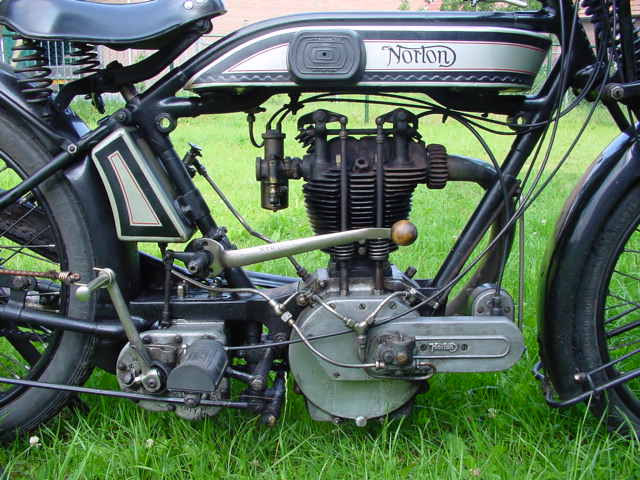 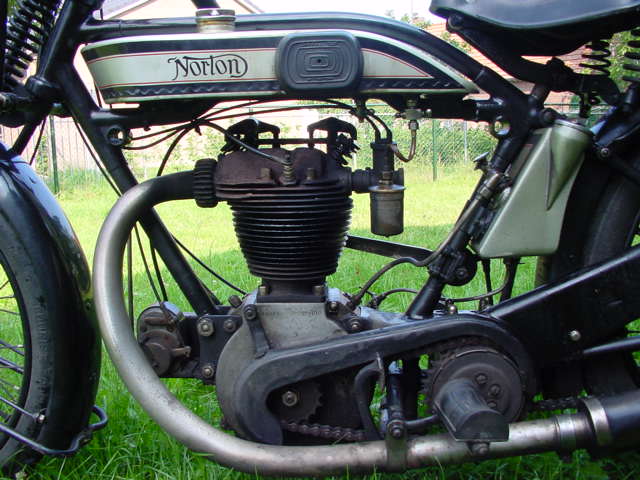 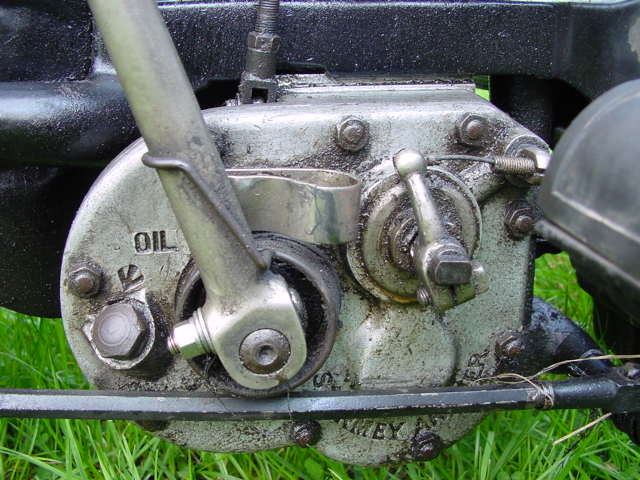 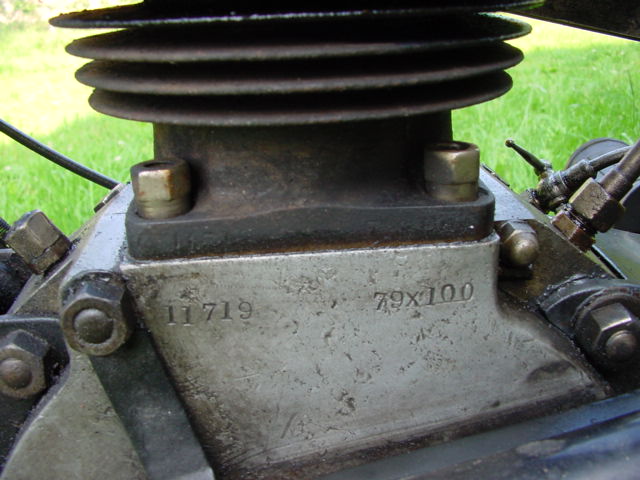 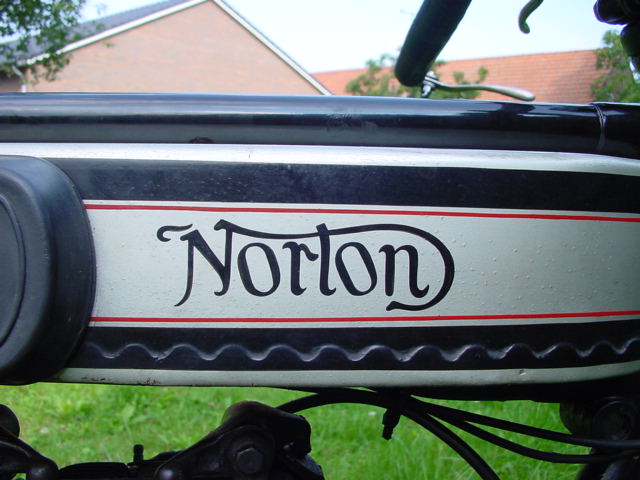 Like the majority of their contemporaries, Norton relied on the sidevalve engine until the 1920’s, when the existing and well-tried 490cc unit was used as a basis for the firm’s first overhead-valve design.
Penned by James Lansdowne Norton himself, and first seen in prototype form in 1922, the overhead-valve Norton made little impact in that year’s Senior TT, though at Brooklands D.R.O’Donovan raised the world 500cc kilometre record to over 89 mph using the new motor.
A road-going-version -the Model 18- was catalogued for 1923, quickly establishing a reputation for both speed and reliability when a standard engine assembled from parts was used to set a host  of records, including a new 12 hours mark.
Racing continued to improve the breed -when Alec Bennet won the Senior TT for Norton- as a direct result of the works team’s experiences.
This 1924 Norton Model 18 is the oldest OHV Norton listed in the"VMCC Register of Machines" and was in one ownership for the last
30 years.