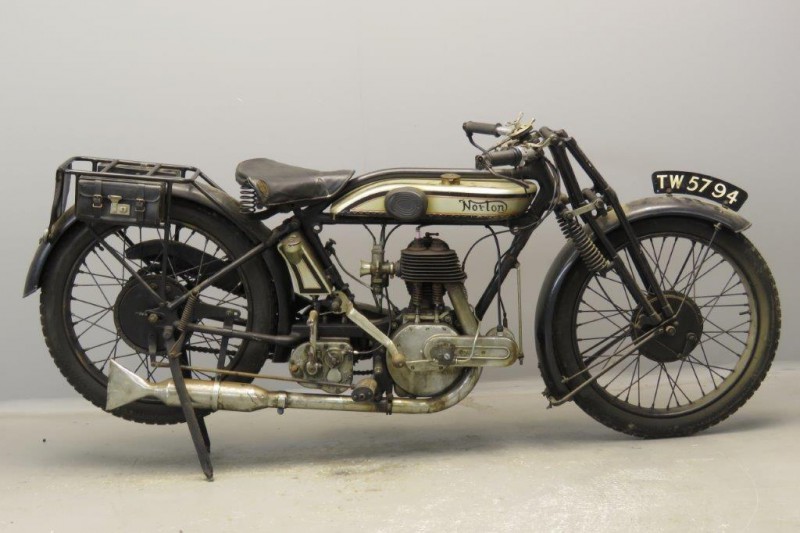 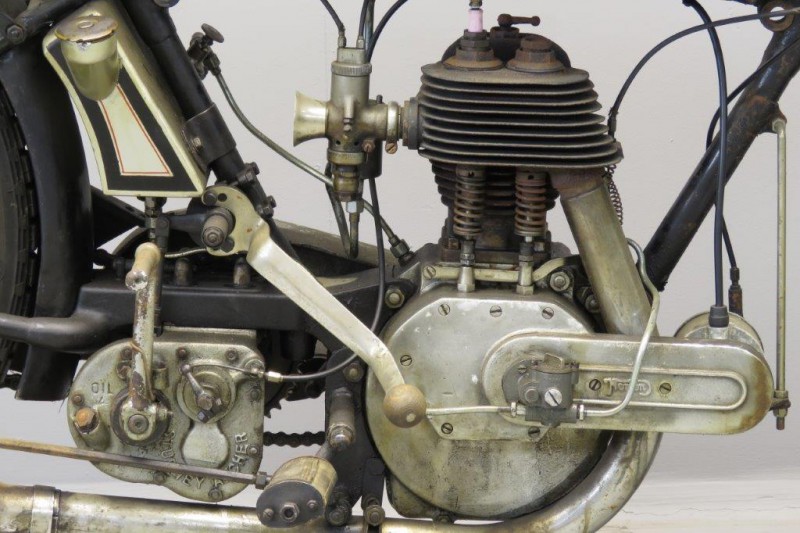 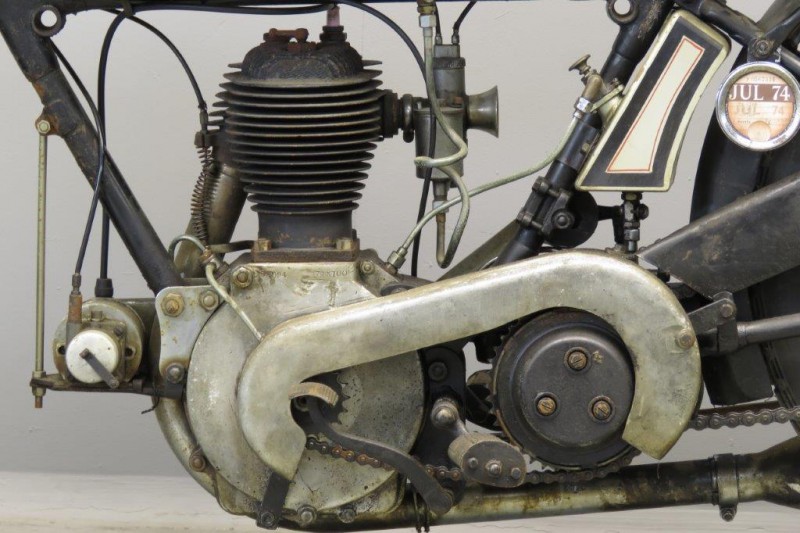 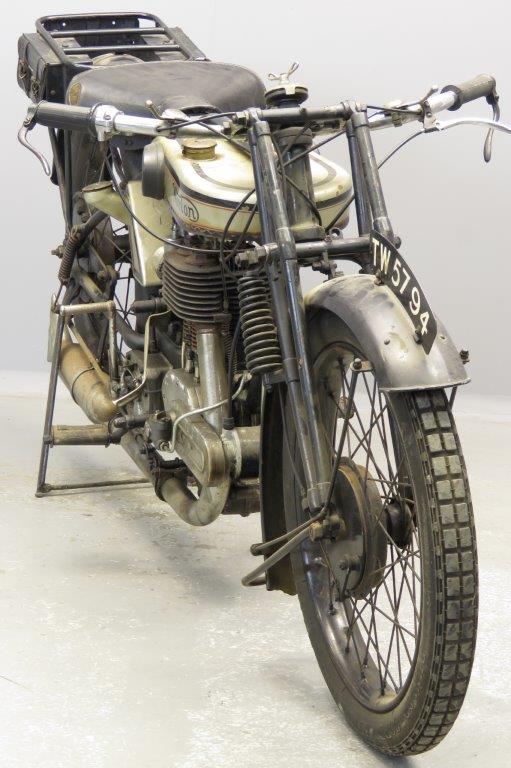 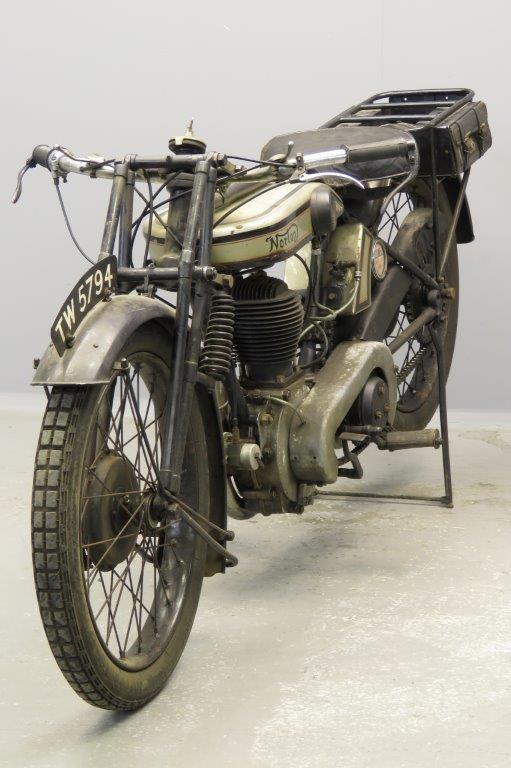 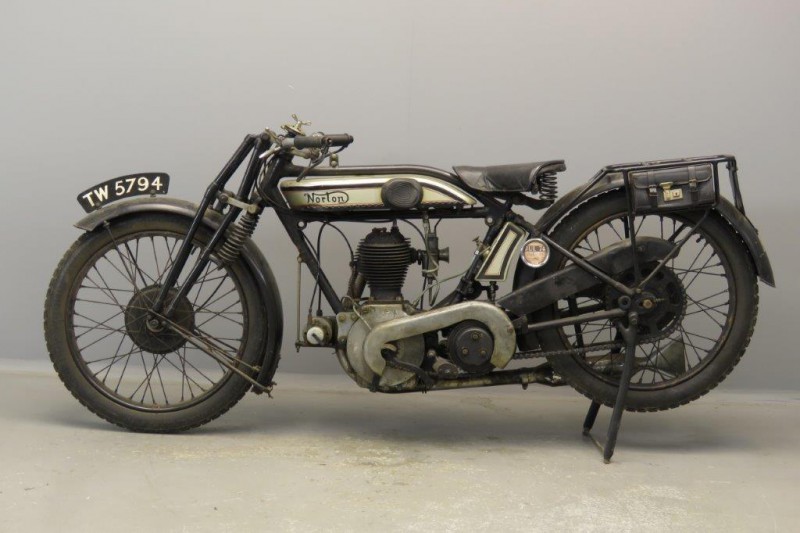 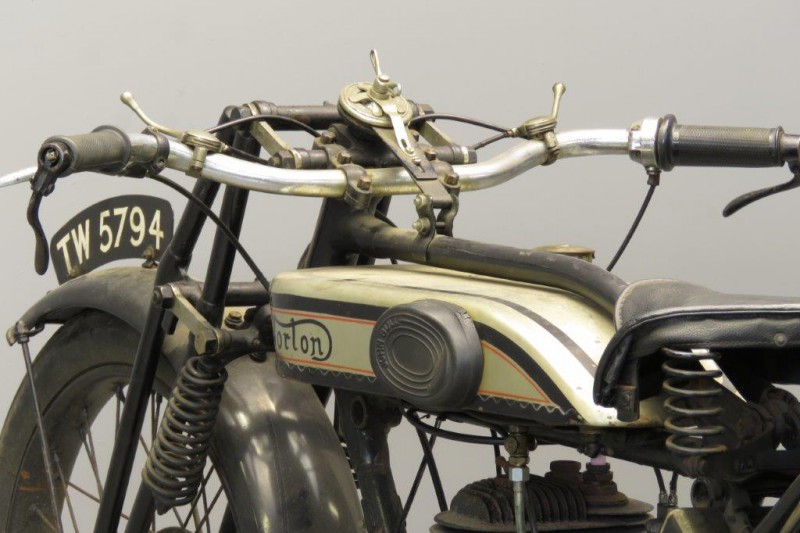 In 1921 Norton Motors moved into new premises in Bracebridge Street, Birmingham.
The model range consisted of two simple, sturdy and beautifully finished side valve three speeders, the 490 cc model 16/17 and the 633 cc “Big 4”, and three direct belt drivers, very fast but rather outdated now and really only of interest to the real speed enthusiast. In the course of the twenties sports OHV machines entered the scene but the sturdy side valve models remained popular with many riders.
The model 16 actually was available in a home market version, the 16 H, and a heavier built colonial version, the 17 C.
The 16 H engine with dimensions of 79×100 mm had a remarkable production run of no less than 45 years.
Keywords with this design are reliability, robustness and power.
The petrol tank has a capacity of eight litres, the oil tank holds 1½ litres; the machine weighs about 130 kg.
This mature restoration has the usual Sturmey Archer 3 speed gearbox and is fitted with optional separate oil tank.