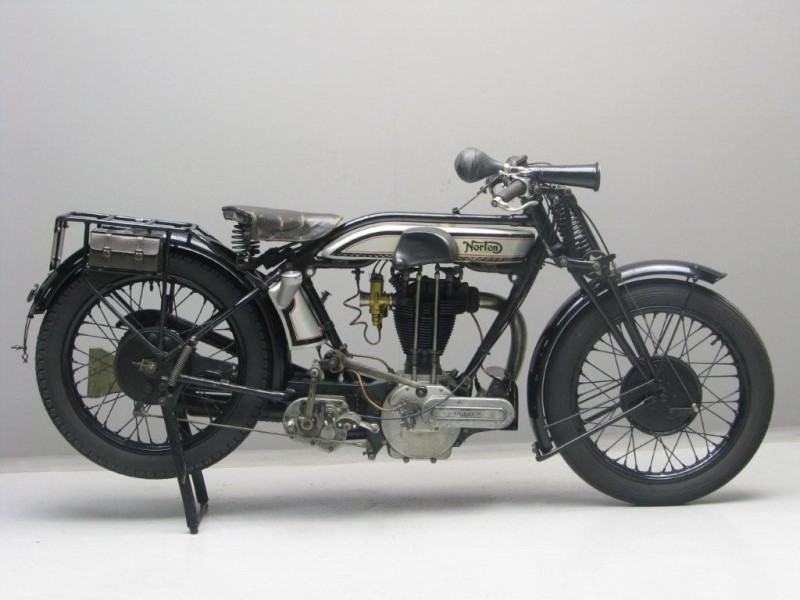 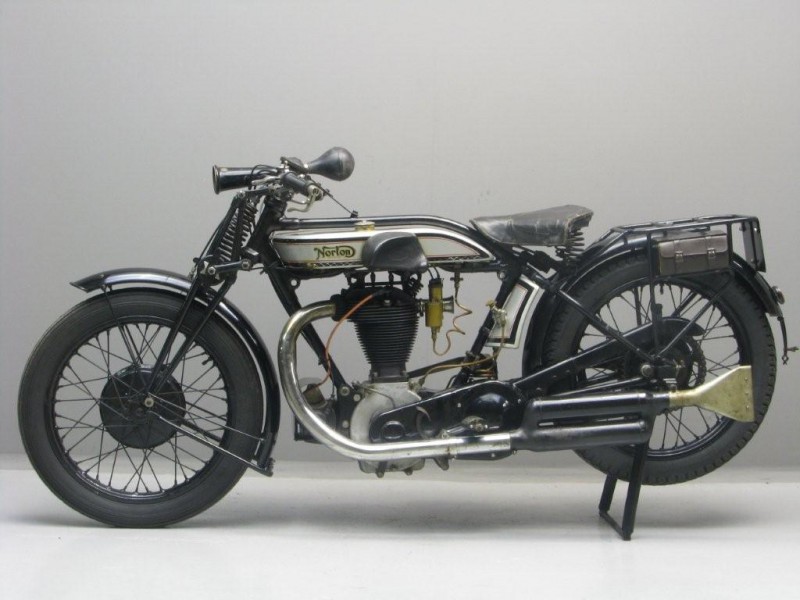 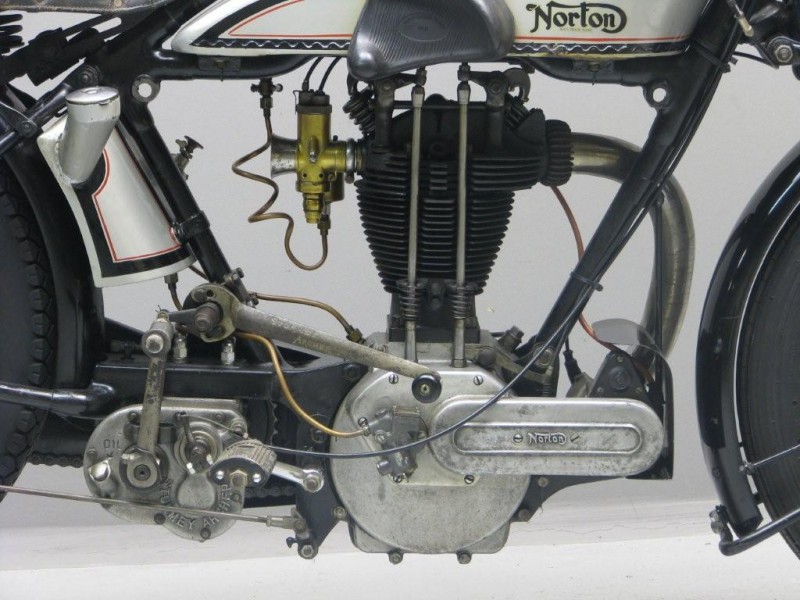 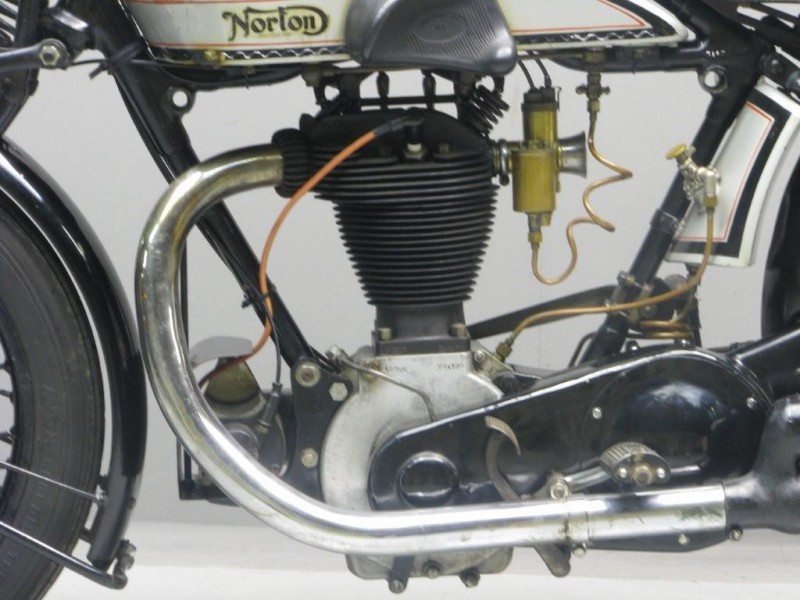 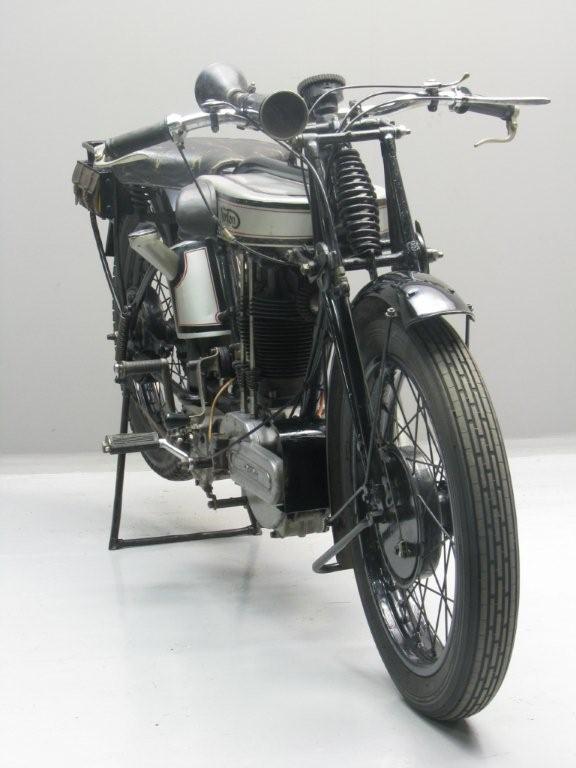 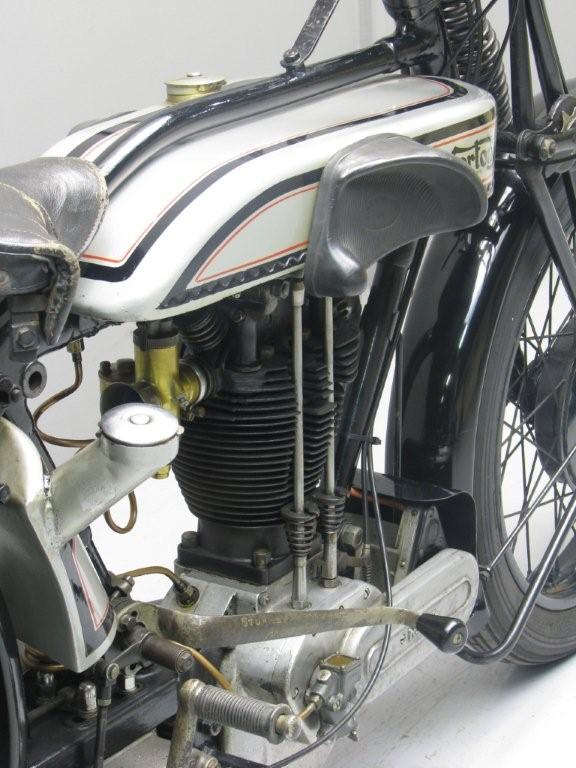 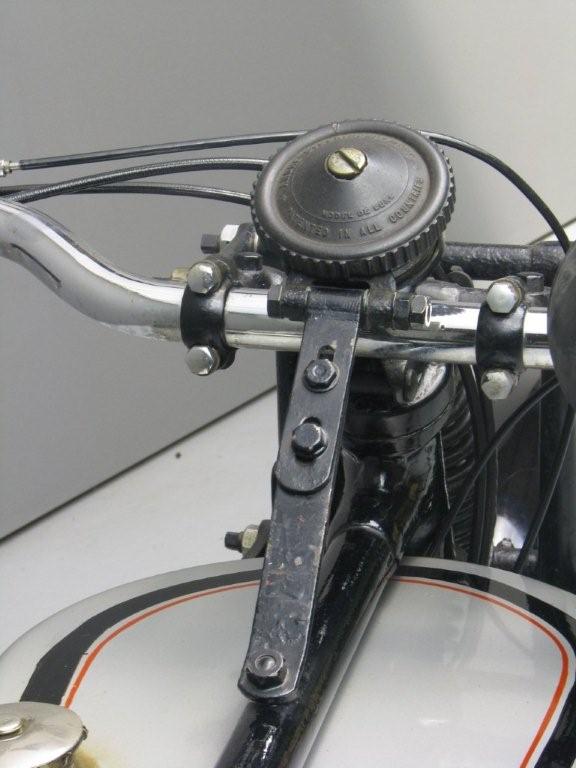 By the end of 1922  the first OHV model Norton was brought out, the 490 cc  Model 18.
At its introduction it got the factory code word of “Speedy”,  which certainly showed some foresight: speeds up to 100 mph were attainable with carefully tuned engines. In the course of 1923 a number of speed events were won, but  in 1924 the Model 18 really showed what it was capable of.
In June   Alec Bennett won the senior TT  on a model 18 with an average speed of  61.64 mph; the sidecar TT was won by George Tucker on a 588 cc version of the model.
Both the French and Belgian GPs were won, and  Bert Denley  captured the coveted British One Hour Record at 87.07 mph.
The sidecar TT winning engine with bore and stroke dimensions of 79×120 mm  in a Model 18 rolling chassis was catalogued as the Model 19.
A notable new feature for  1928 was the double barrel silencer with spiral baffles.
This example of Norton’s top-of-the-range, overhead-valve sports roadster of the Vintage period is one of the most sought after of all Norton motorcycles.
The former owner has used this well-fettled older restoration  regularly till about ten years ago, when it was laid up and stored in a heated garage and he  reports that its performance is still surprising – easy 60 mph cruising with plenty in hand – while both steering and handling are said to be excellent.