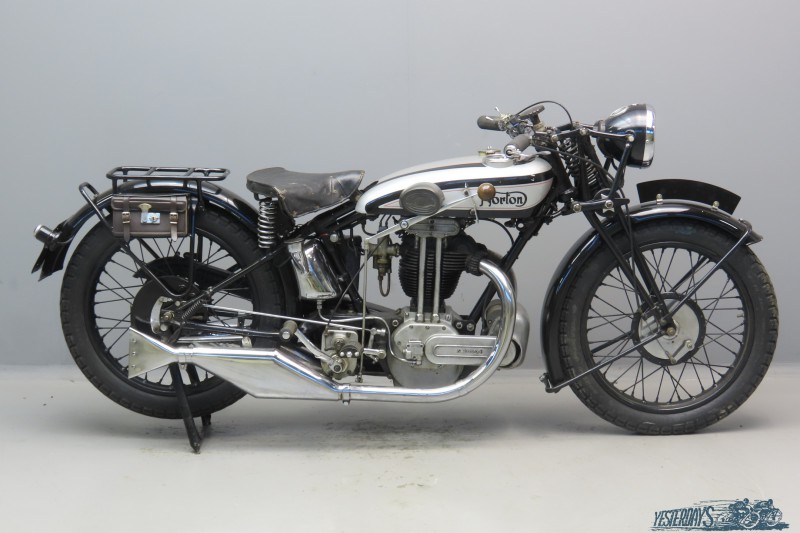 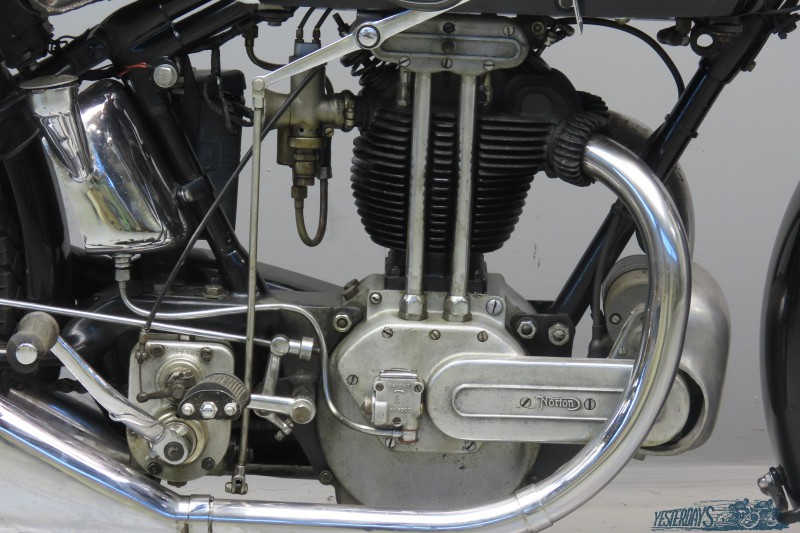 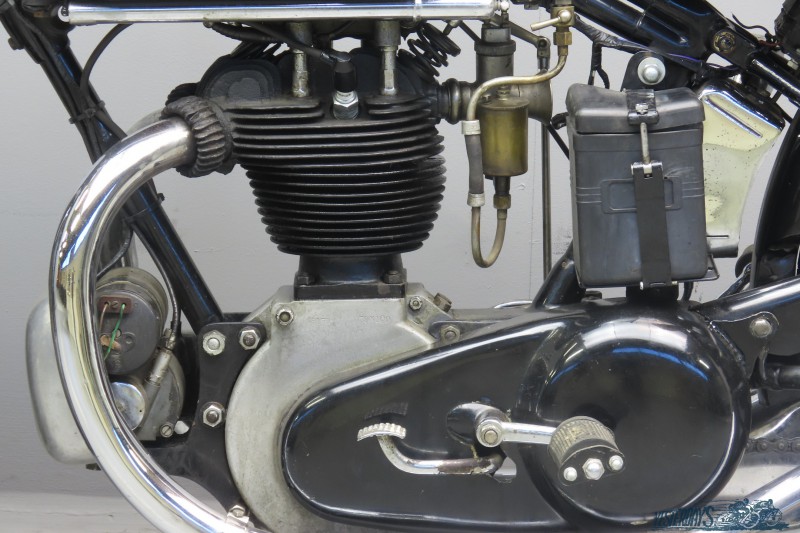 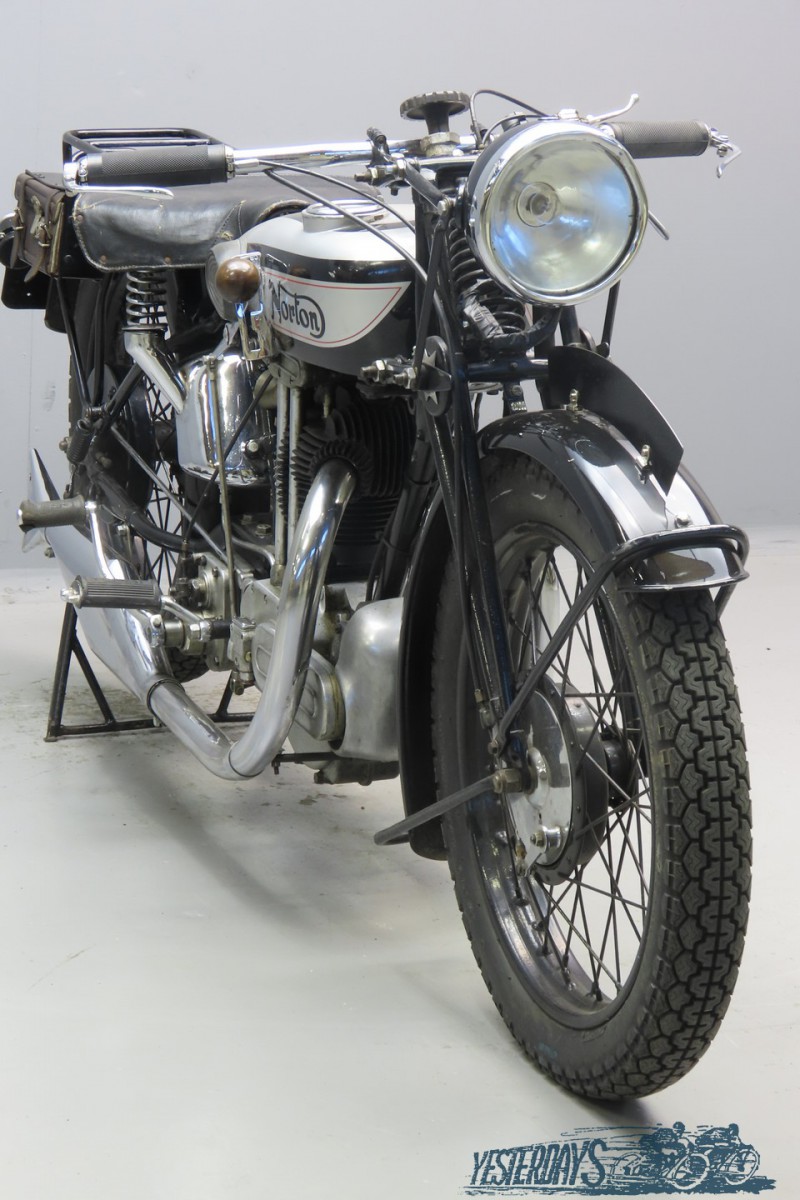 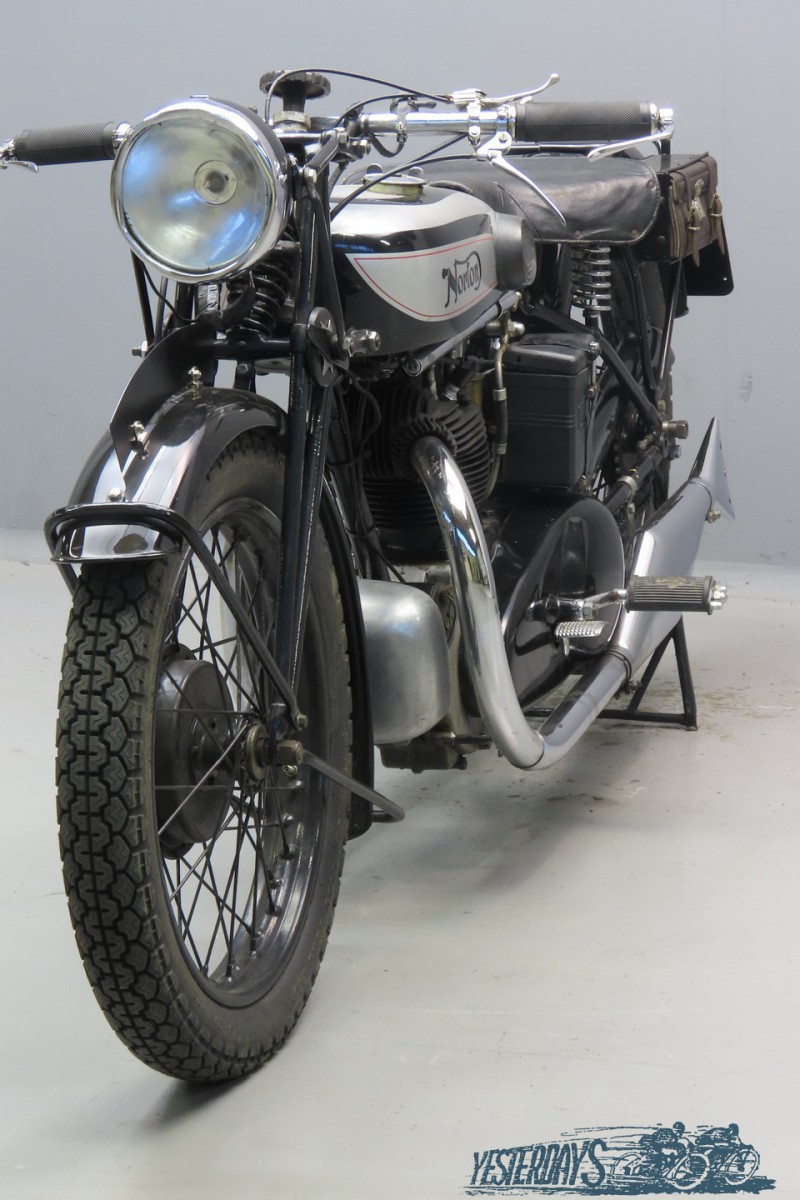 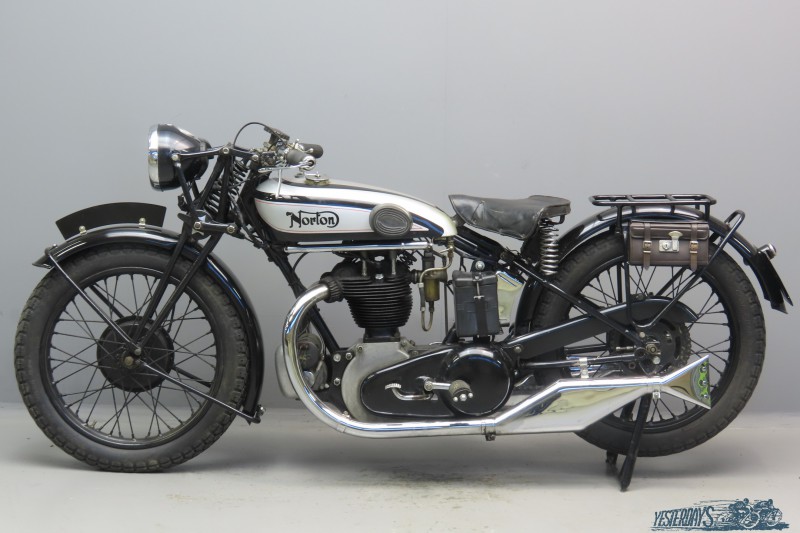 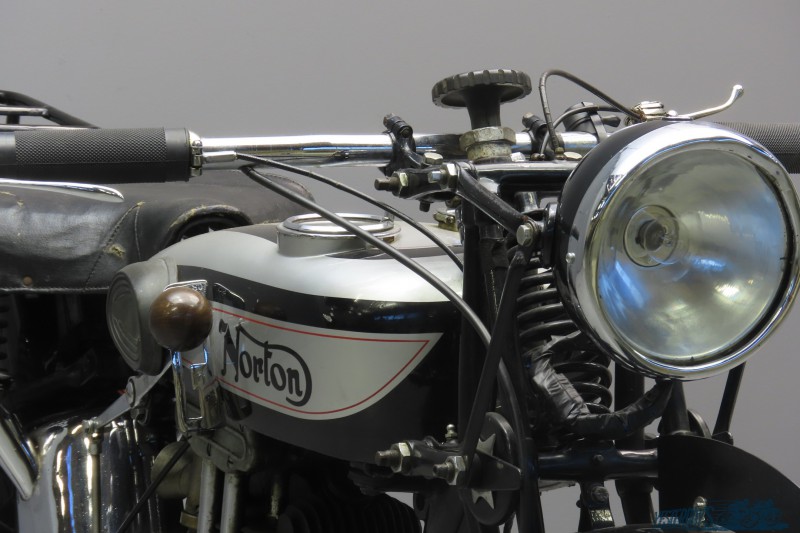 Like the majority of their contemporaries, Norton relied on the side valve engine until the 1920s, when the existing and well-tried 490cc unit was used as the basis for the firm’s first overhead-valve design.
Penned by James Lansdowne Norton himself and first seen in prototype form in 1922, the overhead-valve Norton made little impact in that year’s Senior TT, though at Brooklands D. R. O’Donovan raised the world 500cc kilometre record to over 89mph using the new motor.
A road-going version – the Model 18 – was catalogued for 1923, quickly establishing a reputation for both speed and reliability when a standard engine assembled from parts was used to set a host of records, including a new 12 hours mark.
Alec Bennett won the Senior TT for Norton in 1924 and, demonstrating that racing really did improve the breed, the Model 18 gained Webb forks and better brakes for 1925 as a direct result of the works team’s experiences.
The Model 18 retained its essentially vintage characteristics until 1931 when the range was extensively redesigned, the most obvious external alteration in its appearance before then being the adoption of a ‘saddle’ tank for 1929.
For model year 1930 the M20, a two-port version of the M18 was brought out.
The Model 18 was priced at 59 pounds and 10 shillings, the Model 20 was £5.5 more expensive.
For a Lucas Magdyno set £5.10 had to be laid down, so all in all the fully equipped Model 20 was at £70.5 an expensive machine : an electrically-equipped OHV BSA Sloper would have cost you £63.10. 1930 was the first year that Norton used chromium finish instead of nickel on their ohv models: for an extra £2 it was available on a side valve model.
This Model 20 is an older restoration in fine condition and comes with extras as tank-mounted Smiths speedometer and chromed oil tank.