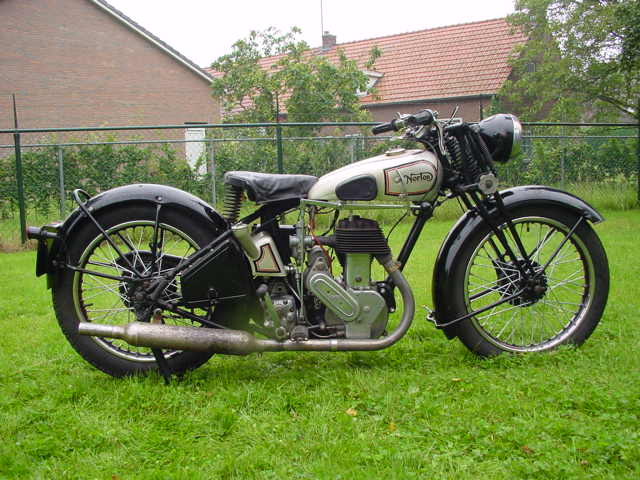 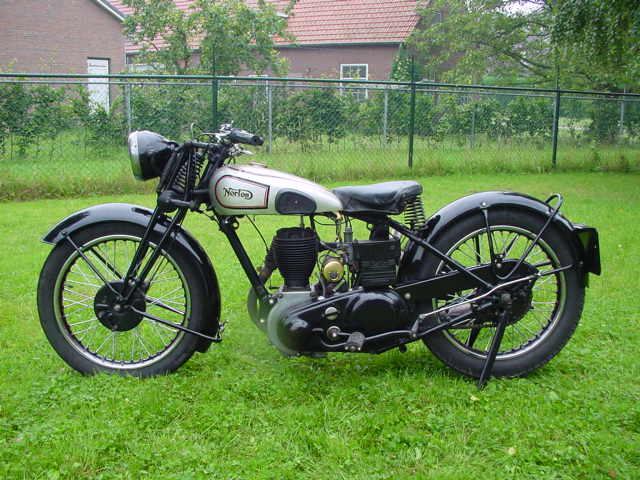 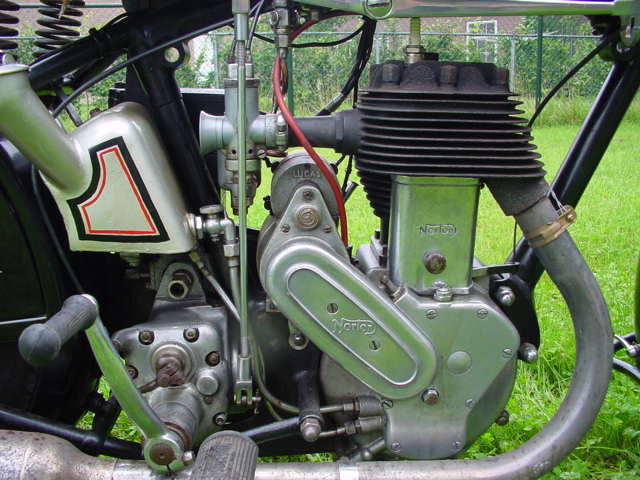 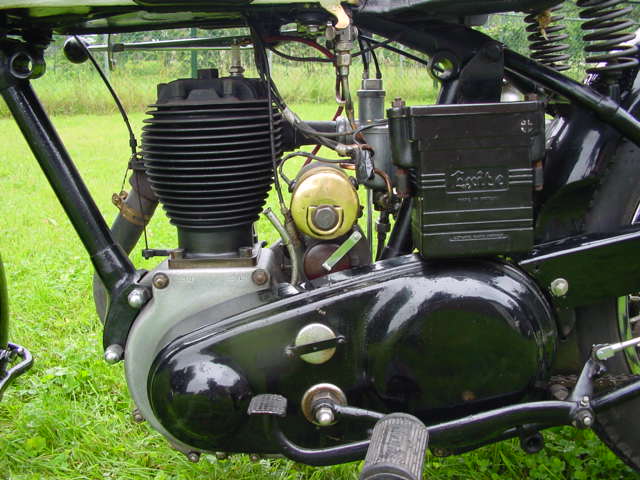 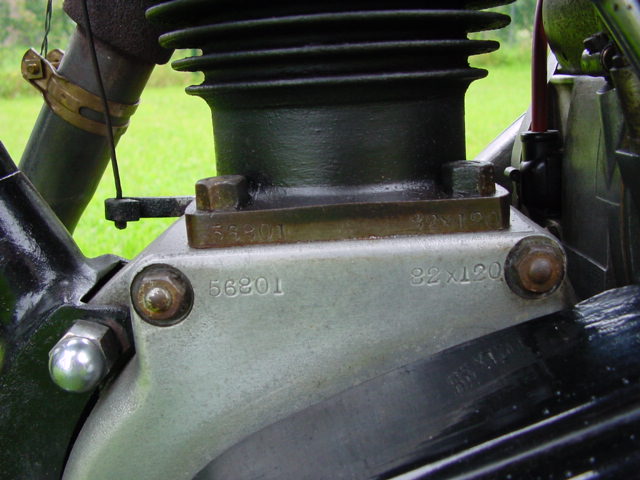 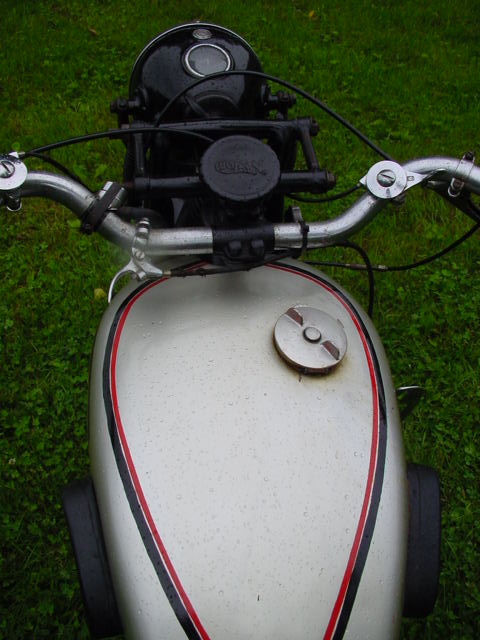 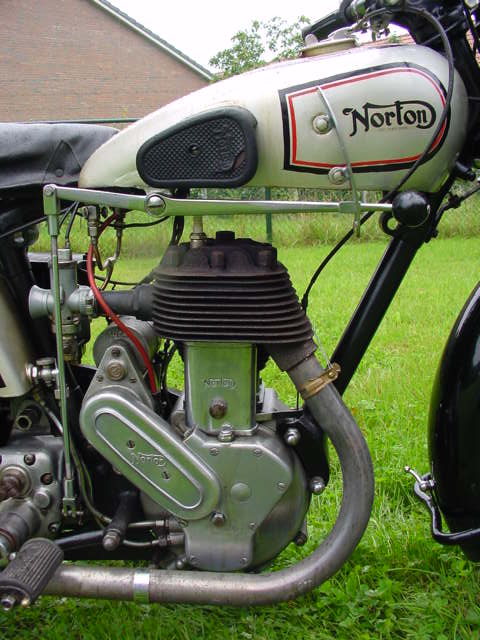 The model name “Big Four”  was used from 1907 till 1954, when production of all side valve Nortons stopped.
The model was mainly designed as a strong and reliable sidecar machine: in world war one many were supplied to the Russian army, and in world war II  the further developed Big Four did excellent service in the British army.
Reliability and fuel economy were keywords for this Norton.
It had the biggest capacity and the lowest compression ratio in the 1933 range( 1:4.5) Gearbox is Norton’s own four speed.