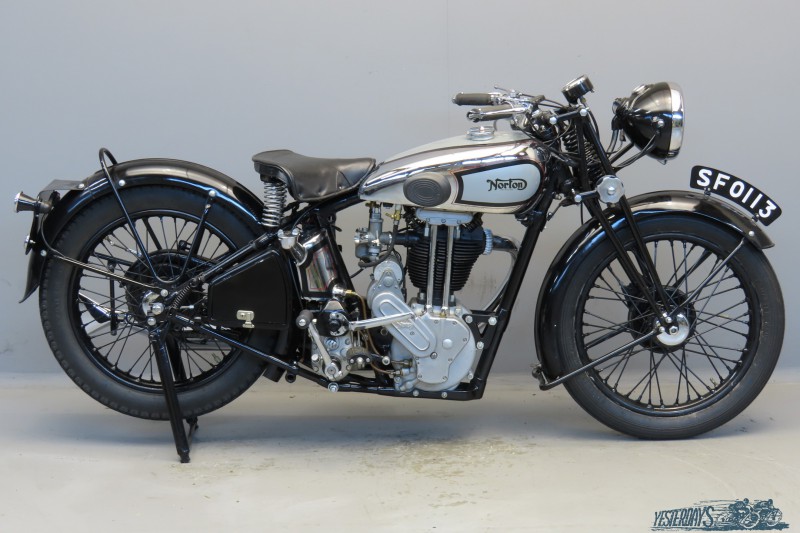 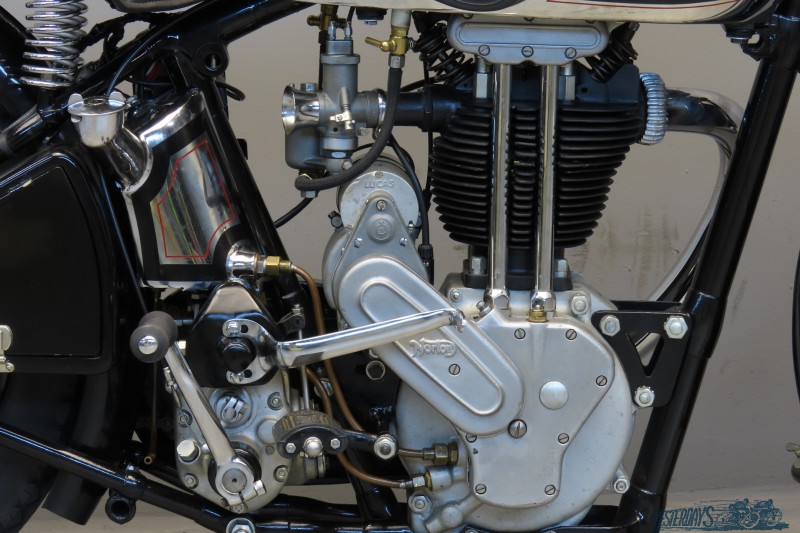 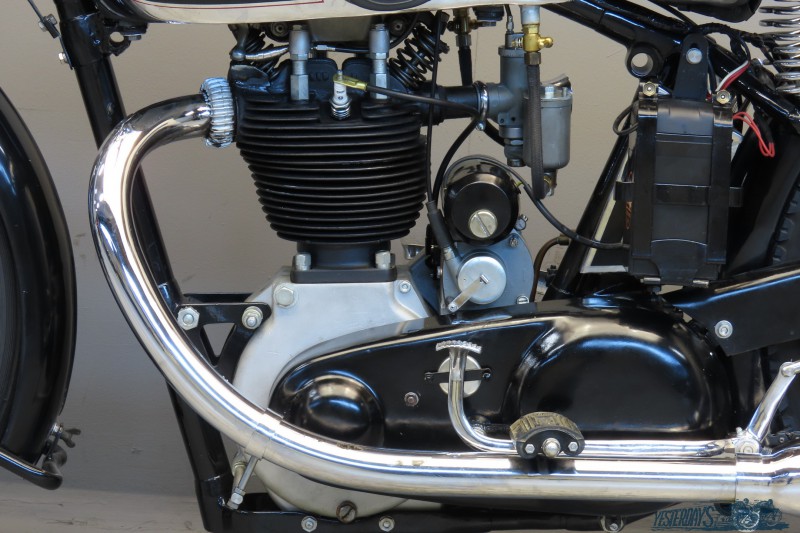 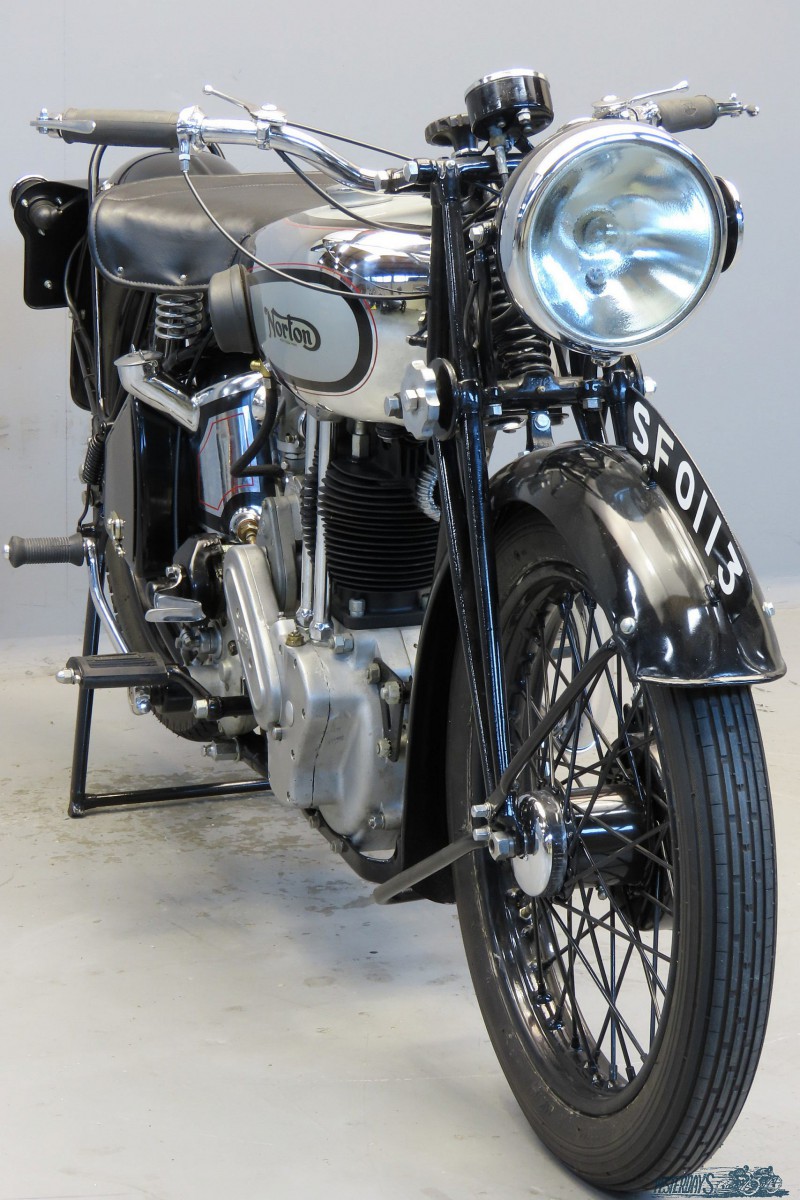 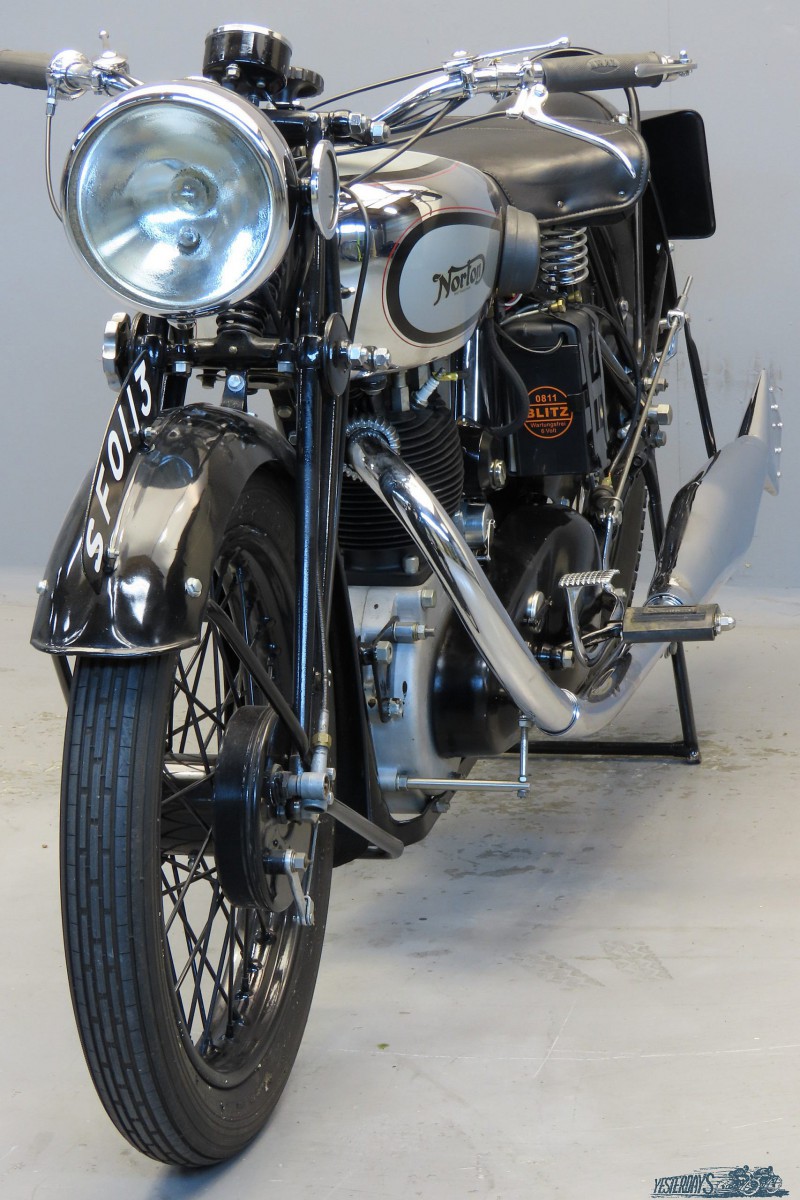 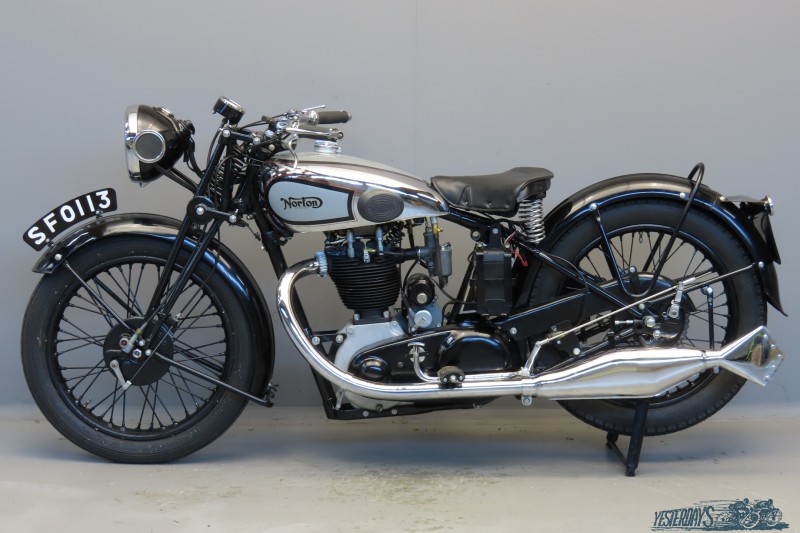 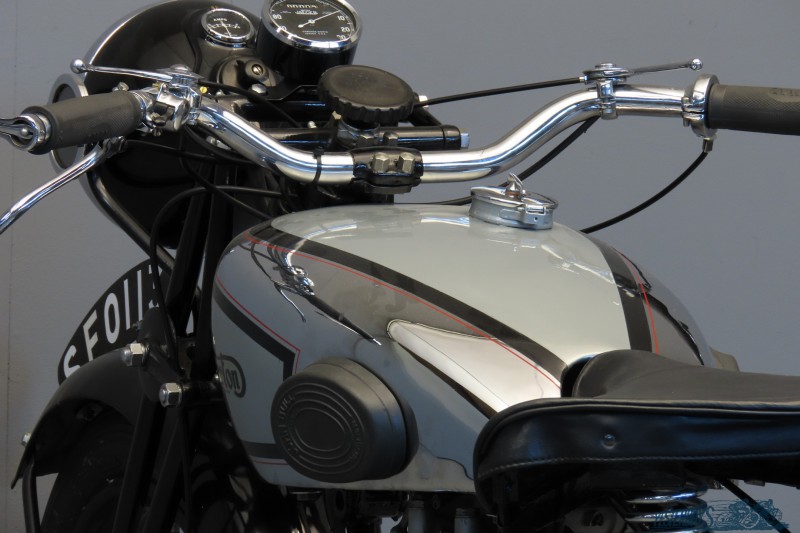 Norton 1933 ES2 490cc OHV single frame # 5/50268
The ES2 was Norton’s second OHV model; the Model 18 was brought out in 1923 and for the 1928 season a new model OHV was presented, based on the successful new OHC racer that would be marketed as the CS1. The new OHV basically used the Model 18’s overhead-valve engine with its pushrod return springs enclosed in the cradle frame of the CS1 and from then onwards the ‘Enclosed Springs2’ designation was always applied to Norton’s top-of-the-range overhead-valve single. We may wonder if there also was a ES1 design; possibly the ES1 model name would resemble the CS1 too much and therefore the ES2 was more discriminate, but that is just a guess. The design was improved step-by-step through the thirties: it got a four speed foot-change gearbox, rubber-mounted handlebars, fully enclosed and positively-lubricated valve gear and new cams with flat followers for quieter running. For 1939 plunger rear suspension was available as an optional extra. After WW2 the model got the new Roadholder telescopic forks and plunger rear suspension as standard. In 1953 (the year of the AMC merger) swinging arm rear suspension was available and the ES2 got a featherbed frame in 1959. In 1963 the last ES2 left the production line – at Plumstead, not Bracebridge Street – after a development history of 35 years.
This well-restored 1933 machine has quickly detachable and interchangeable wheels and is equipped with the optional 4-speed foot gear change and British Jaeger 80mph speedometer. Accompanying documents include pre-restoration photographs; registration documents; Norton Owners Club extract from factory records; various invoices for new parts and photostat copies of maintenance manual and parts list.