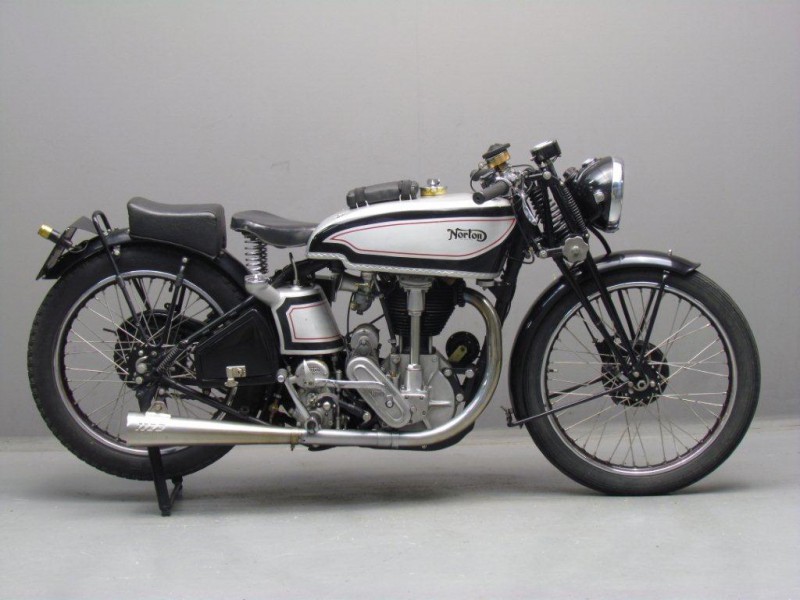 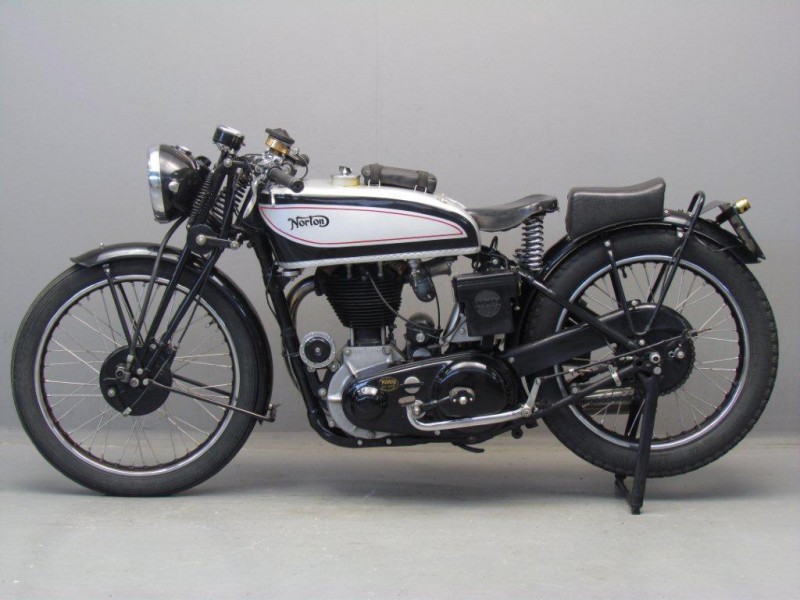 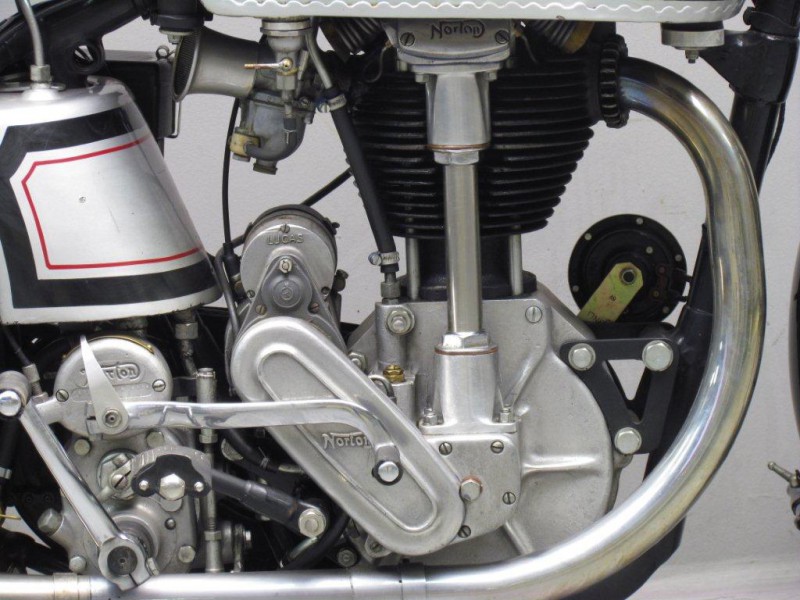 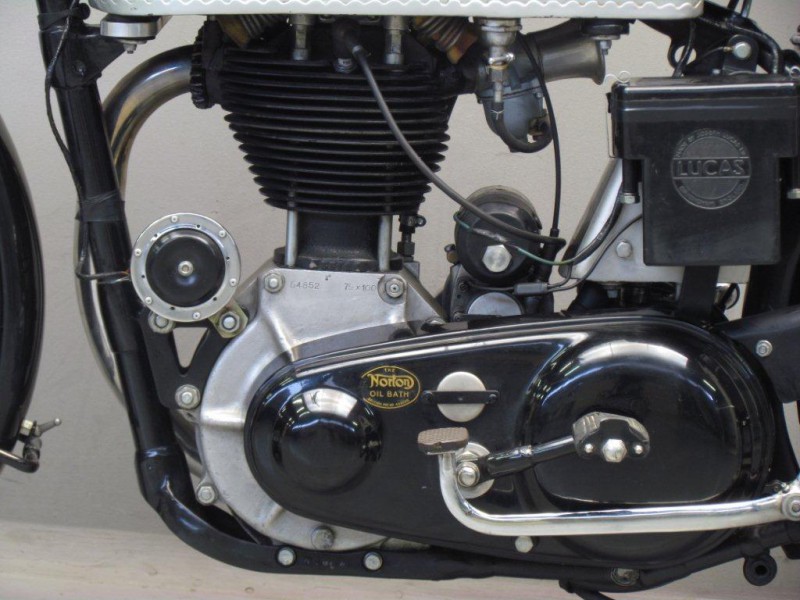 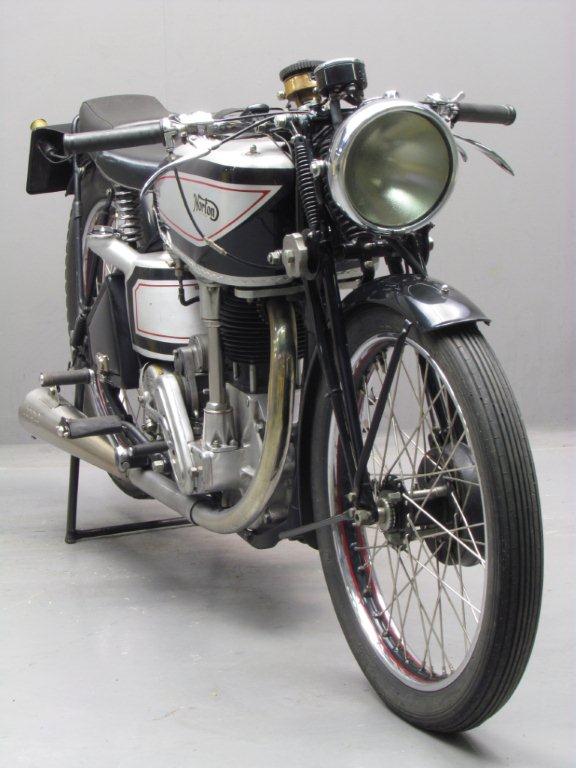 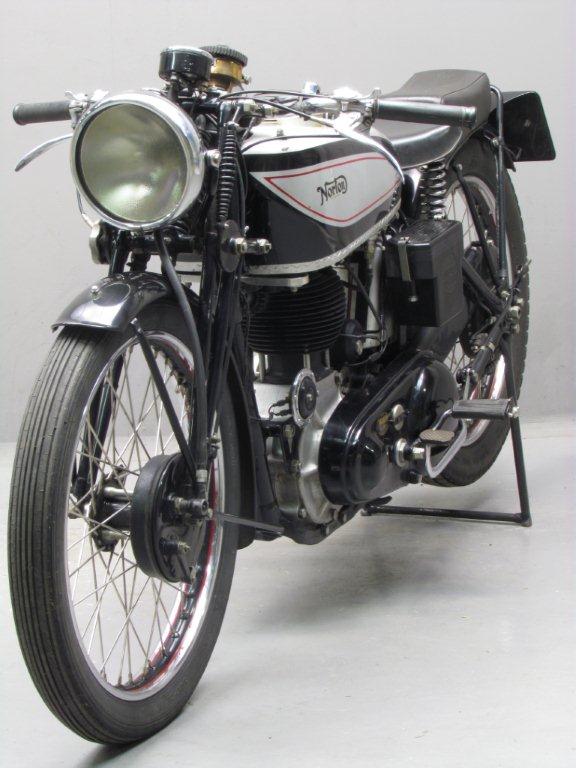 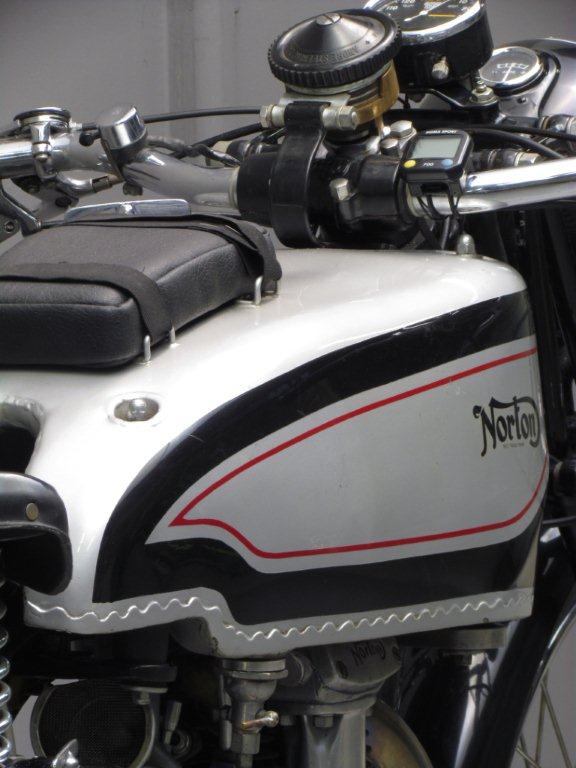 The Norton  Inter story started as far back as 1927, when Walter Moore (formerly  the Douglas chief designer) created the first Norton overhead camshaft engine with bore and stroke dimensions of  79×100 mm, giving 490 cc capacity.
Straight from the drawing board it  provided Alec Bennett with a TT victory in 1927. Known as the CS 1 (Camshaft Senior one) it was listed as a production machine for the 1928 season.
The smaller 348 cc version ( 71×85 mm) was known as the CJ (Camshaft Junior). By 1930 Moore had left to work for NSU in Germany and for the TT that year Arthur Carroll , his successor at Bracebridge Street, redesigned the camshaft engine.
With this design Norton started its incredible run of success in road racing.
For the 1932 season a sort of road going race replica was listed as the  “ International” and was equipped with TT Amal carburettor , racing magneto and close ratio four speed gearbox.
Later in the thirties the Inter got hairpin valve springs and after the war “Roadholder” telescopics  and plunger rear suspension were added.
This super sports machine has been restored and is a good runner.
The original Amal TT carburettor and exhaust come with the machine, the current parts were considered more practical for average road use.