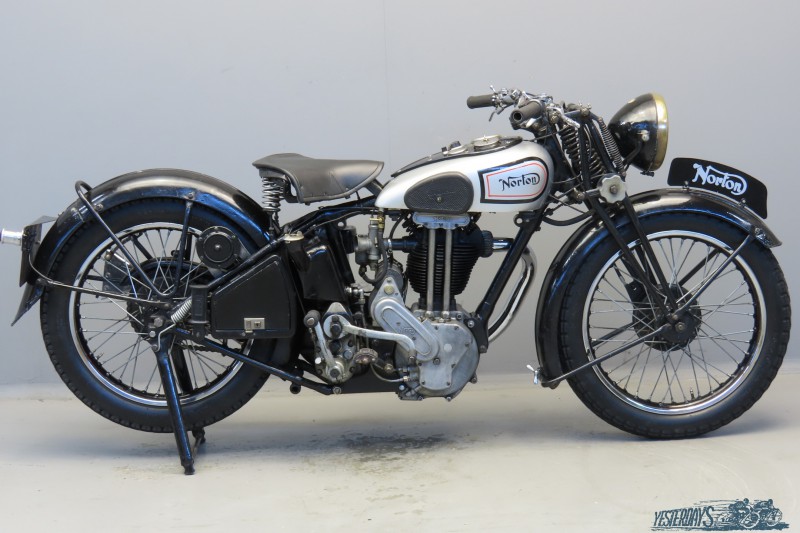 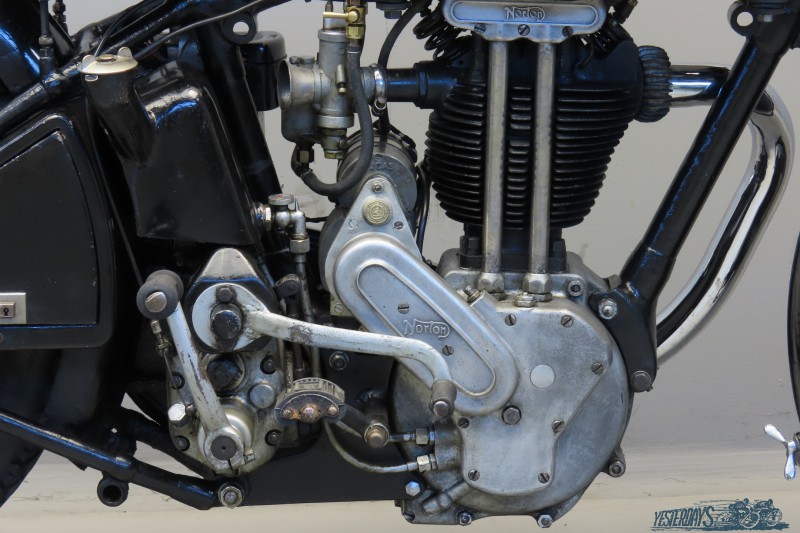 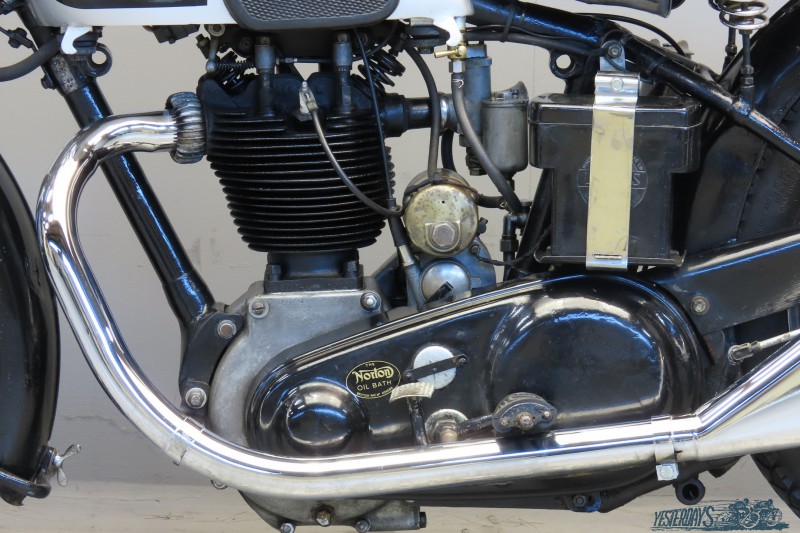 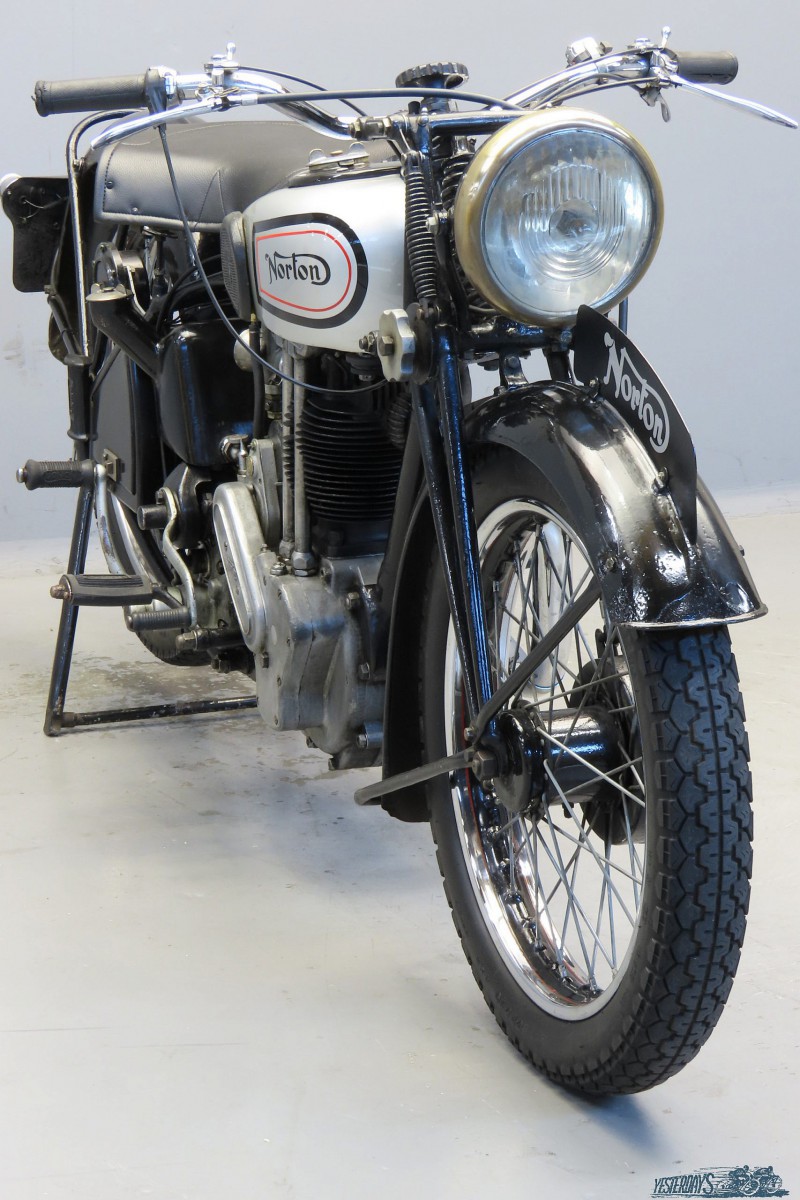 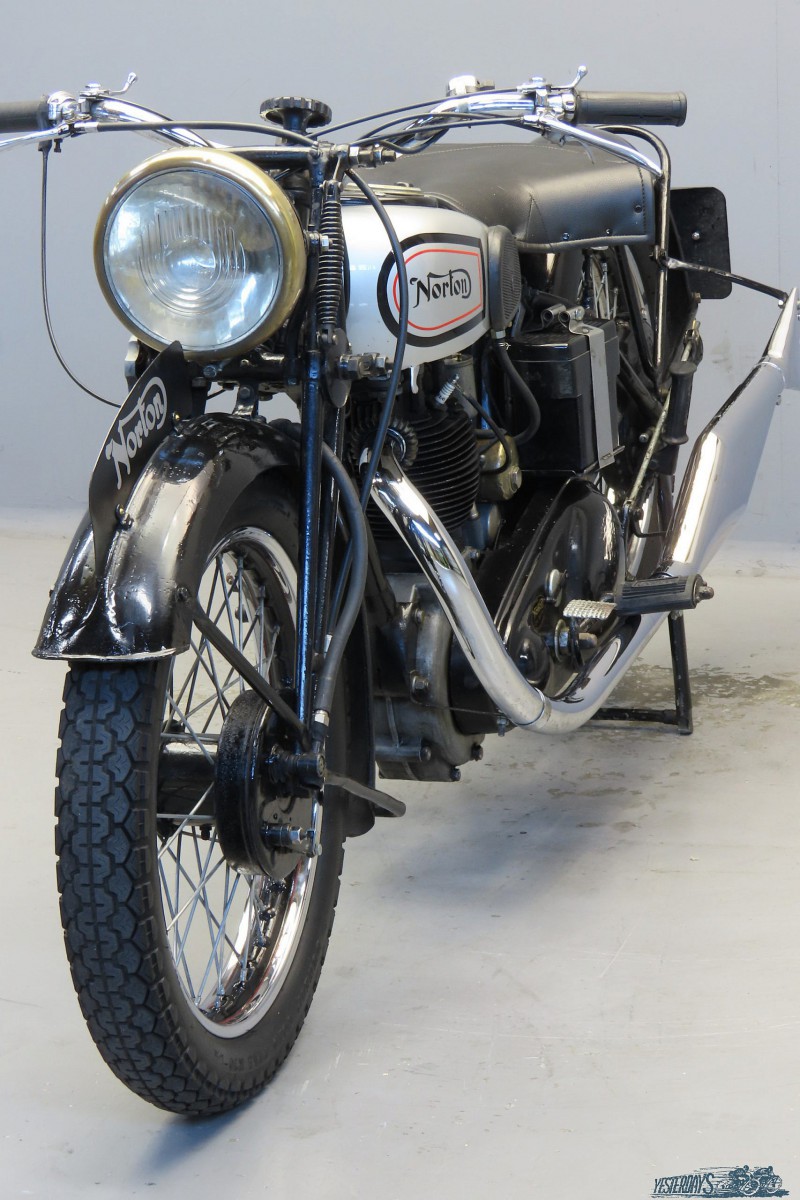 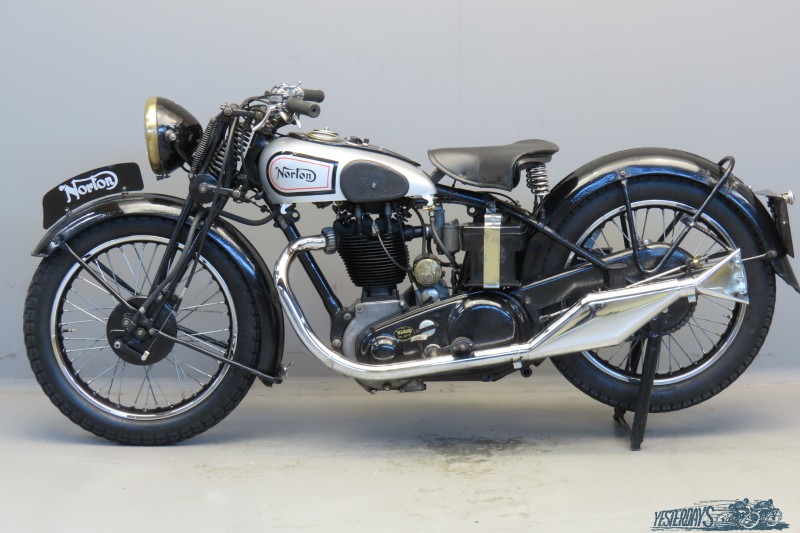 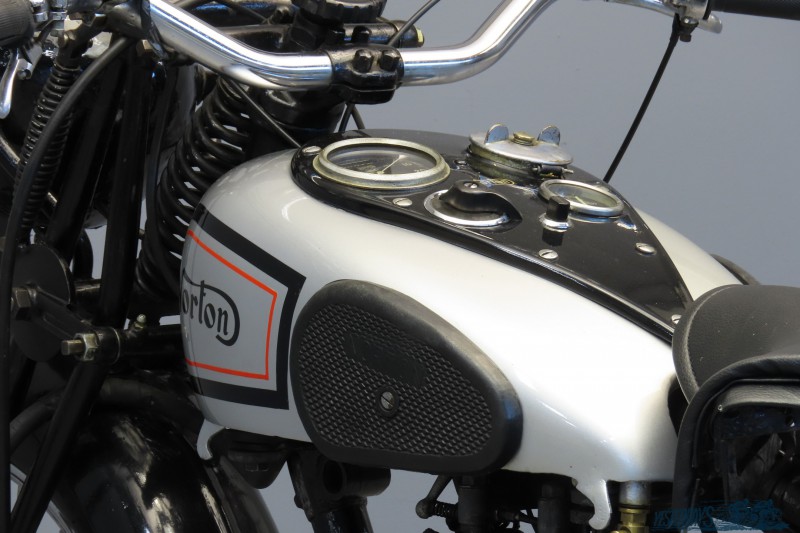 The Model 18 was first catalogued in 1923 and improvements resulting from the racing programme were regularly incorporated into the production bikes, yet the Model 18 retained its essentially vintage characteristics until an extensively redesign in 1931. At this time Norton’s side valve and overhead valve singles adopted the rear-mounted magneto – already seen on the ES2 – and switched to dry-sump lubrication. Norton continued to fit Sturmey-Archer gearboxes and all models – with the exception of the ES2 – used an open diamond frame. Changes between 1931 and 1939 included an additional drive side main bearing, revised cam gears, the adoption of Norton’s own gearbox, and in 1938 a new cylinder head with enclosed valve gear.
Among the new features for 1934 were an oil bath chain case to the primary drive, consisting of two halves of the chain case hermetically sealed by means of a rubber band; rubber block shock absorber incorporated in the clutch and rebound springs on the front forks. This last feature had already been used on International models in 1933 but was now used throughout the whole range.
According to the accompanying factory record card this M18 was despatched on August 2nd 1934 to dealer Nash of Hammersmith. As extras were noted Lucas lighting set, foot change and panel tank. Frame, engine, gearbox, front forks and magneto numbers are still as noted on the record card. This post-vintage Sports machine is an older restoration in good overall condition. She comes with current Dutch registration.