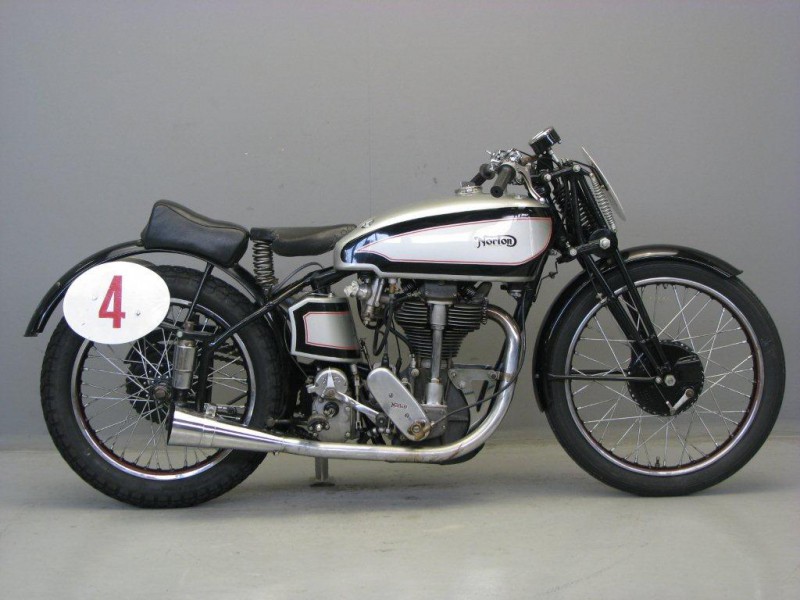 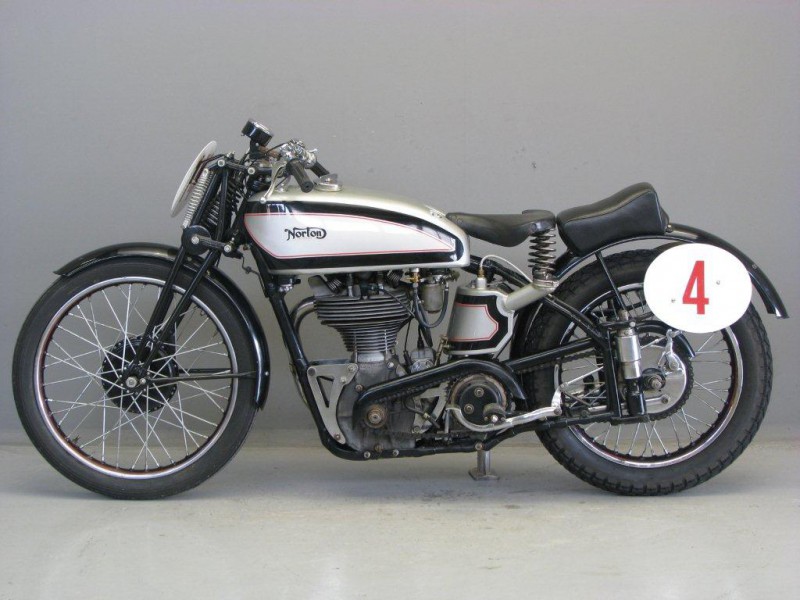 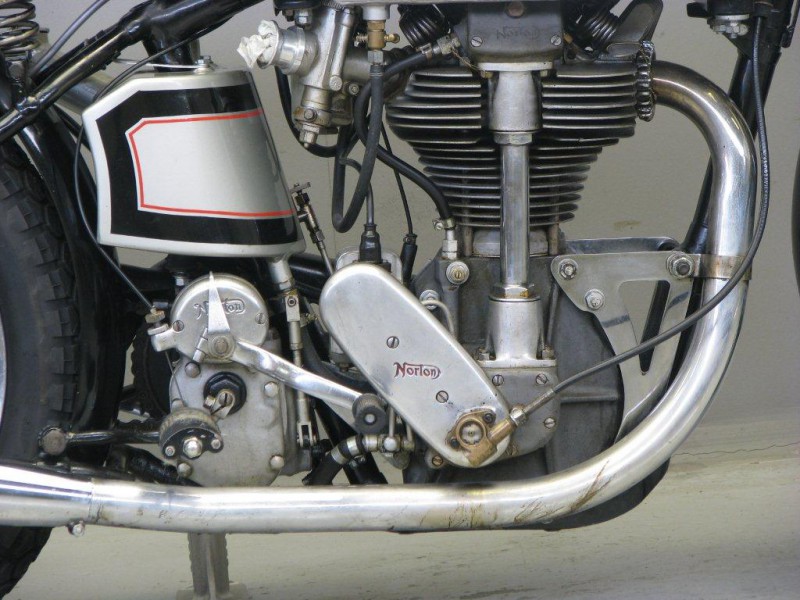 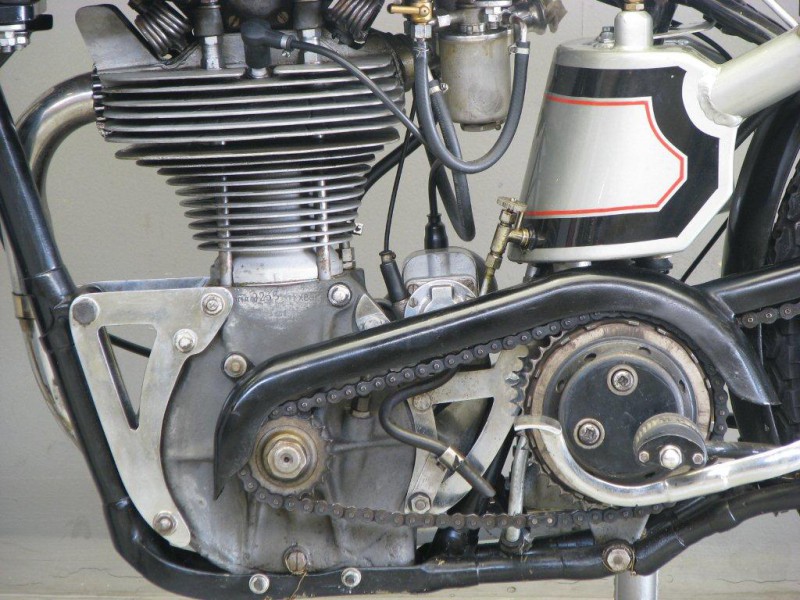 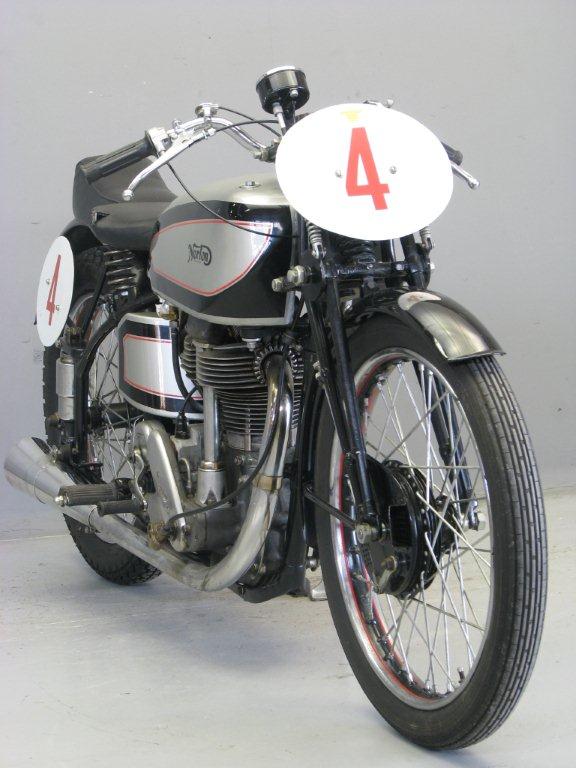 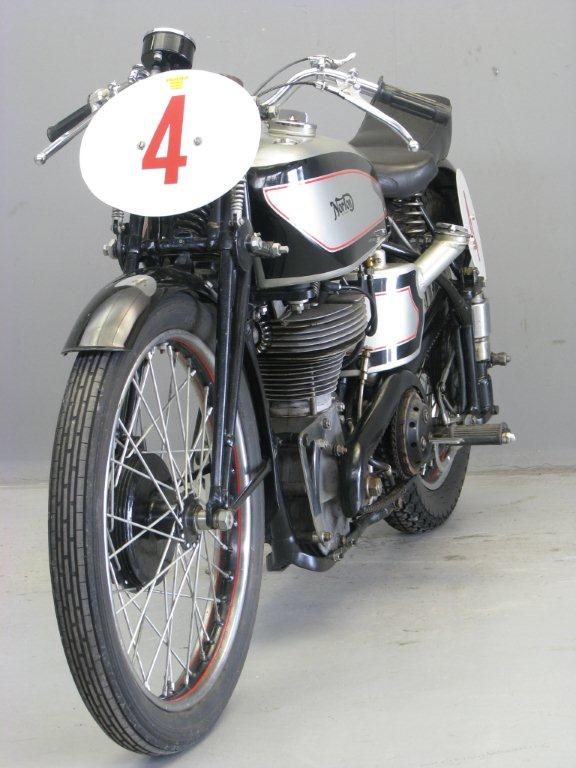 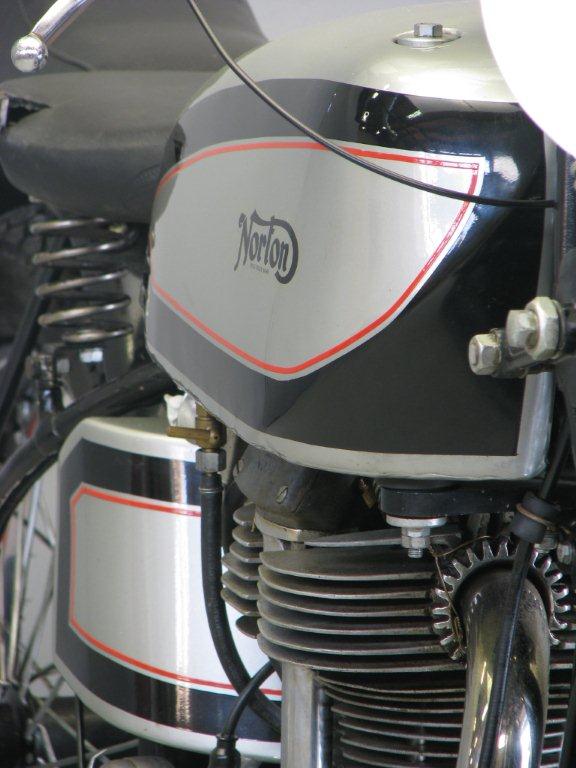 The Manx Norton story started in 1927, when Walter Moore (formerly  the Douglas chief designer) created the first Norton overhead camshaft engine with bore and stroke dimensions of  79×100 mm, giving 490 cc capacity.
Straight from the drawing board it  provided Alec Bennett with a TT victory in 1927.
Known as the CS 1 (Camshaft Senior one) it was listed as a production machine for the 1928 season.
The smaller 348 cc version ( 71×85 mm) was known as the CJ (Camshaft Junior). By 1930 Moore had left to work for NSU in Germany and for the TT that year Arthur Carroll , his successor at Bracebridge Street, redesigned the camshaft engine.
The 1930s were truly fantastic years for the Norton racing department: from 1931 till 1939 Nortons won all Manx TTs  in both 350 and 500 cc classes, with the exception of the  1935 Senior and the 1938 Junior events.
During this period the Norton racers acquired hairpin valve springs (in 1934), a megaphone exhaust(1935), plunger rear springing(1936), twin overhead camshafts (1937) and  telescopic front forks in 1938.

This Manx  is equipped with plunger rear suspension, magnesium crankcase, BTH race magneto and Amal race carb.
Front wheel is 21 inch, rear wheel 19 inch. Gearbox is 4 speed close ratio.
Petrol and oil tanks have been renewed because of the bad condition of the original items.
This machine has been in one family since 1953 and  is alleged to have been in the possession of English racer  Dicky Dale.
The machine has been completely restored a number of years ago and is in excellent condition.