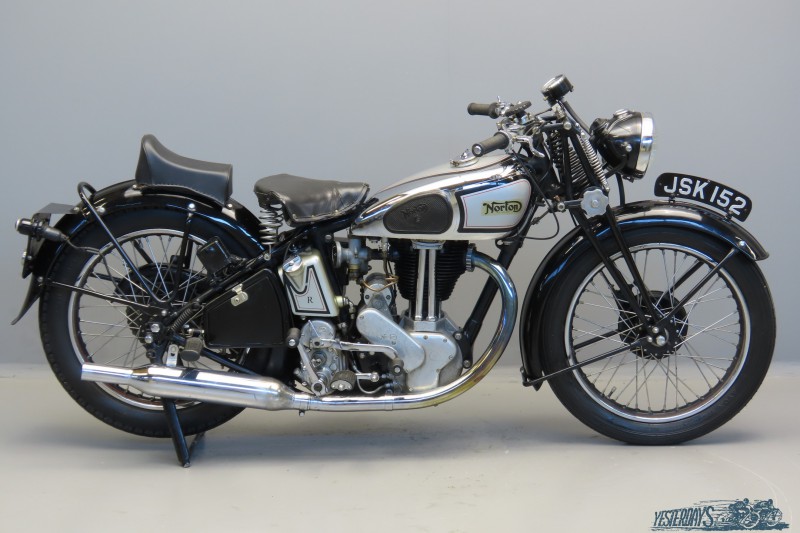 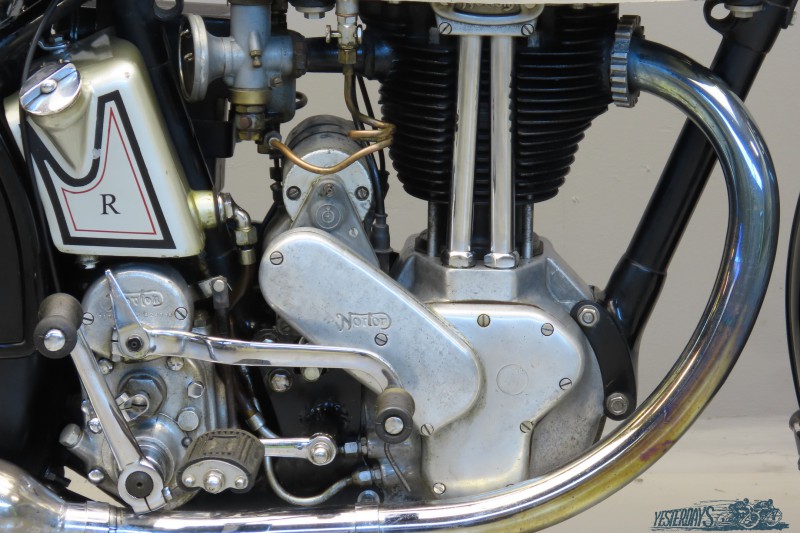 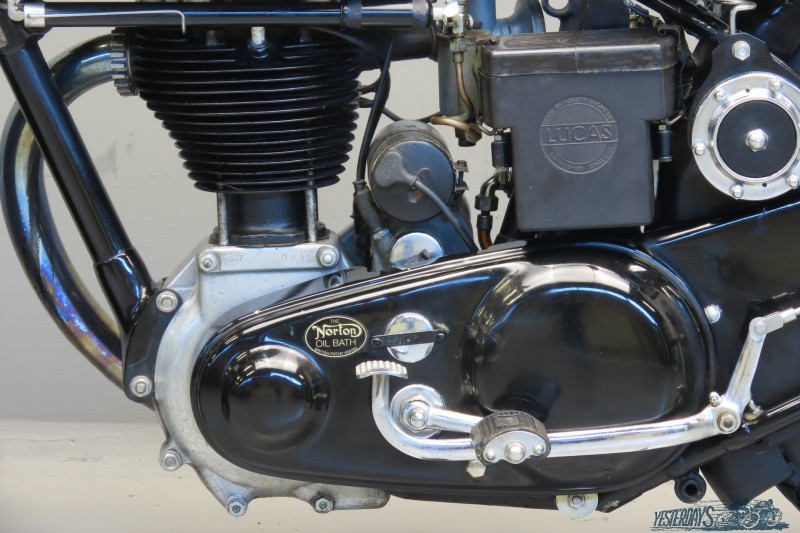 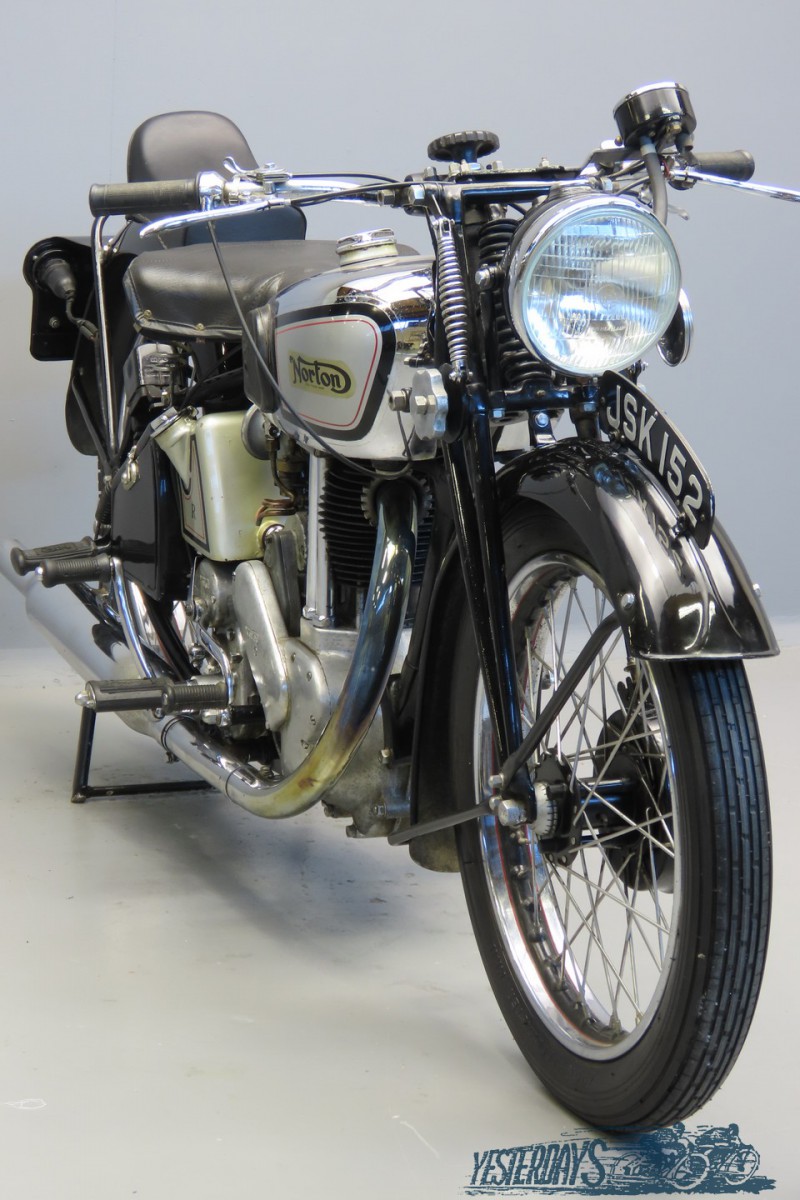 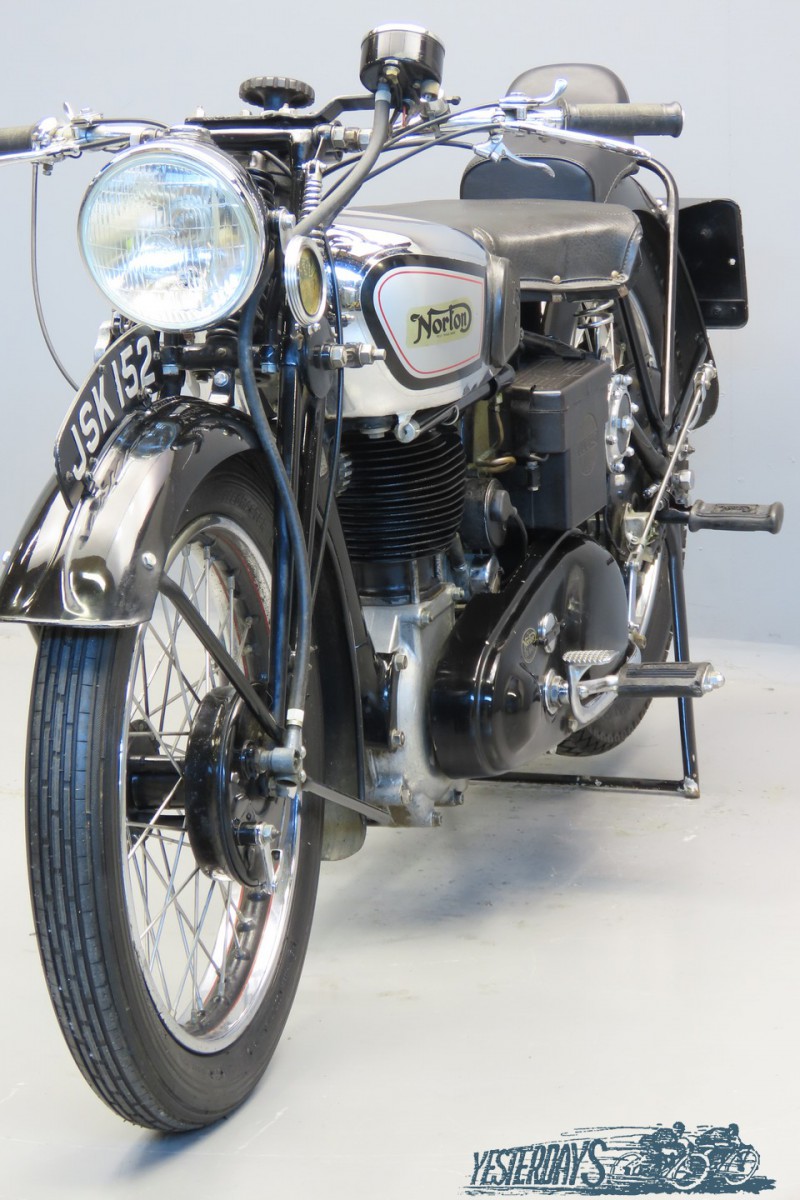 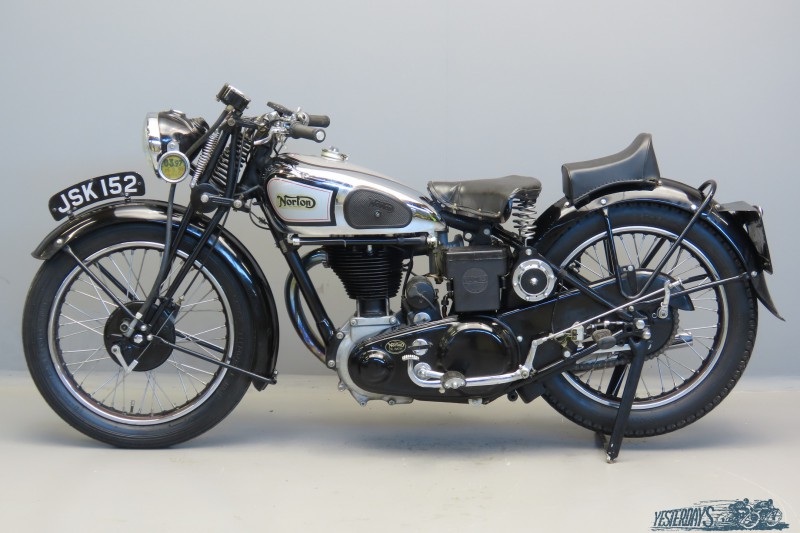 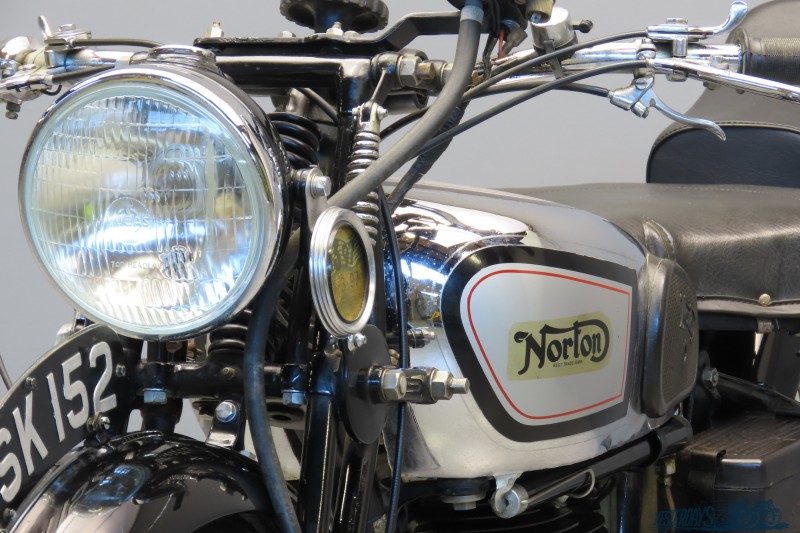 1937 had been an excellent year for Norton again both in trials and in road races: many TT victories had been gained, notably The Manx TT that was won by Freddy Frith with a record last lap of 90.27.
This made him the first rider to lap the hazardous mountain course at over 90mph.
The 350cc Nortons showed their supremacy in the Junior TT: Norton won for the 7th consecutive year the Junior class, finishing 1st, 2nd and 3d.
The single-cylinder Model 50 had been introduced in 1933 and was Norton’s first production overhead-valve machine in the 350 class; the M50 and its twin-port brother, the M55, were junior versions of the 490cc Models 18 and 20 respectively.
The new 350 had bore x stroke dimensions of 71x88mm and would become a popular sporting model with a production run that would last till 1963.
Improvements for the 1938 model year included total enclosure of valve springs and valve gear and inclined instead of parallel pushrods.
This older-restoration sports 350 is in good condition and comes complete with Smiths speedometer and bum pad.