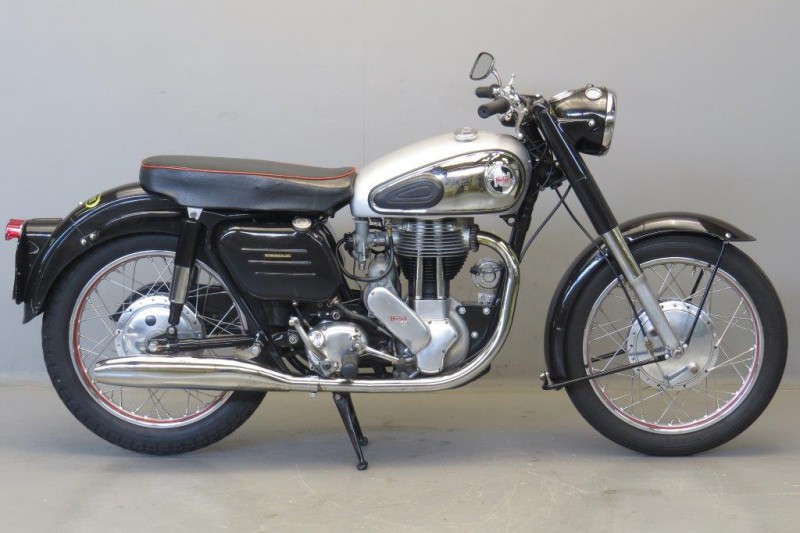 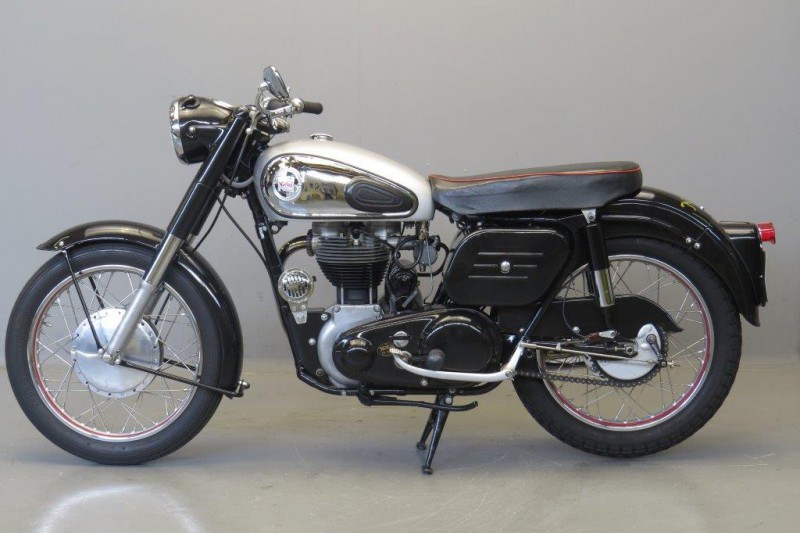 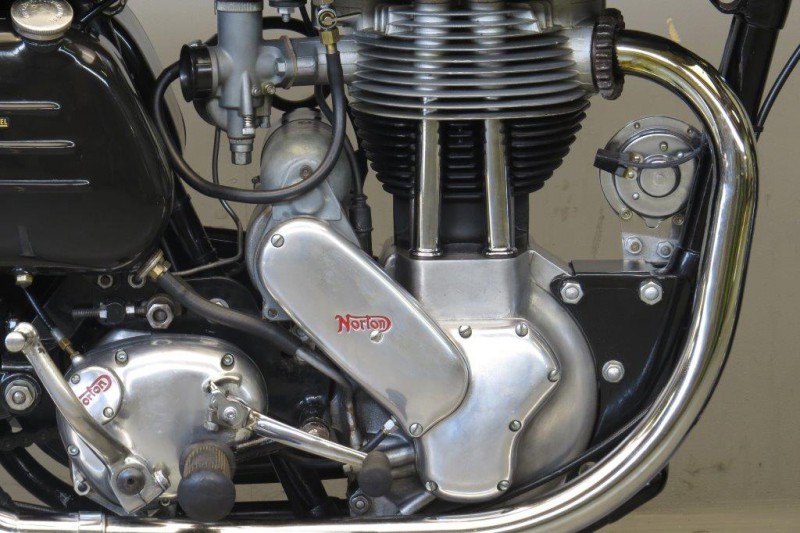 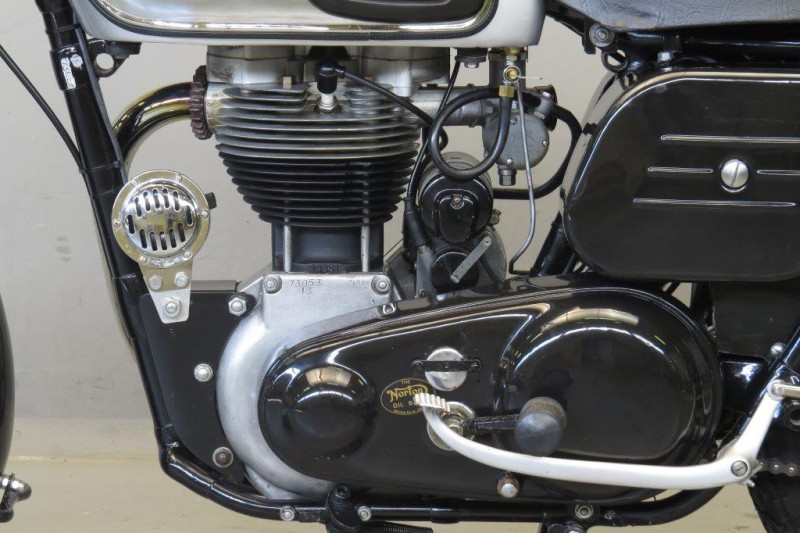 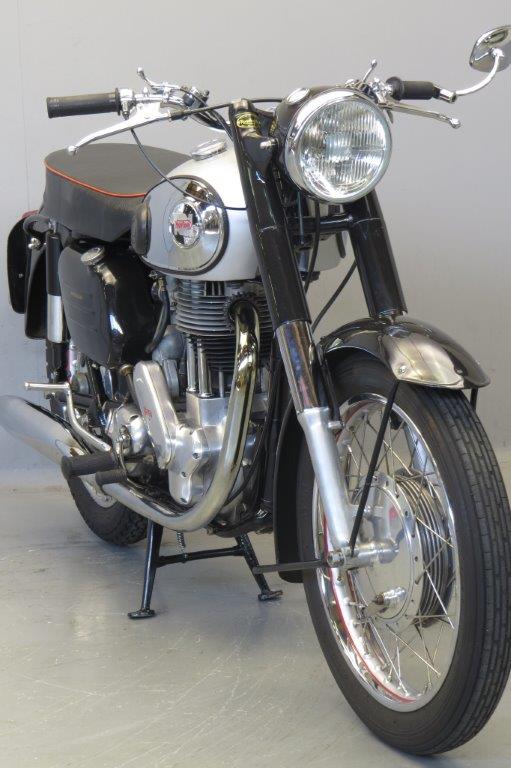 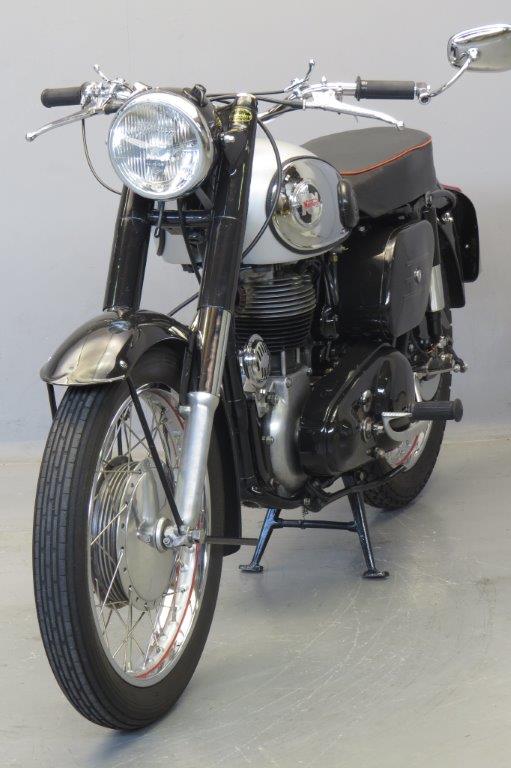 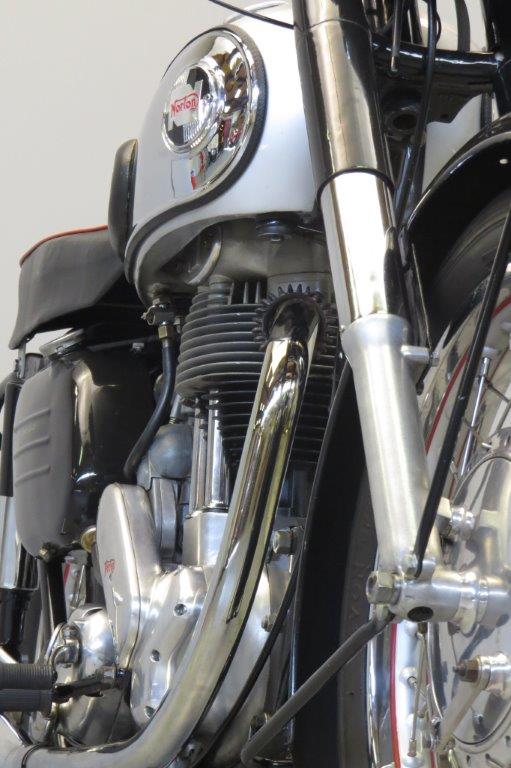 The pre-war version of the Model 50 started production in 1933 and used a smaller version of the engine in the Model 18 and ES2.
During the '30s, the open diamond frame and cycle parts were usually the same as on the Model 18 whereas the ES2 used the full cradle frame.
A twin ported variant of the Model 50 which was the model 55, only made in the pre-war years.
It was first offered to customers in 1933 but quite whether the extra exhaust equipment made any difference to the performance is questionable as the engine did not have an extra exhaust valve to go with it.
In 1939 the price margin between the Model 50 and the Model 55 was £2. The frame is of the open diamond type, using the engine to provide a rigid joining section.
Machines produced to 1937 had exposed hairpin valve springs, but these were changed to enclosed coils in 1938.
Twin port machines were just a fleeting fad of the '30s, production was not restarted after World War II though the Model 50 did carry on.
The Model 50 was re-introduced in 1955 using the ES2/19S cycle parts but with engine dimensions of 71 x 88mm and a slightly higher compression ratio of 7.3 to 1.
Many changes occurred in 1957, most notably a new cylinder head with integral push rod tubes, new cams, an improved frame and a new rear hub and brake backplate.
1959 saw a change to alternator electrics, coil ignition and the Wideline Featherbed frame with 'short' Roadholder front forks.
In 1960 the gearbox internal ratios were changed and 1961 saw the introduction of the Slimline Featherbed frame, and a revised shape petrol tank with new tank badges which allowed the use of two-tone paintwork.
Production ceased at the end of 1963.
This 350cc OHV model 50 is a nicely  restored and good running bike.