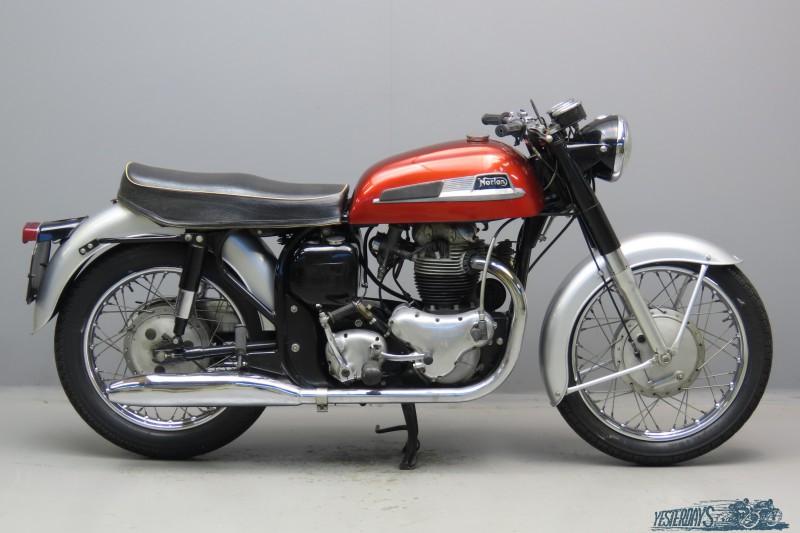 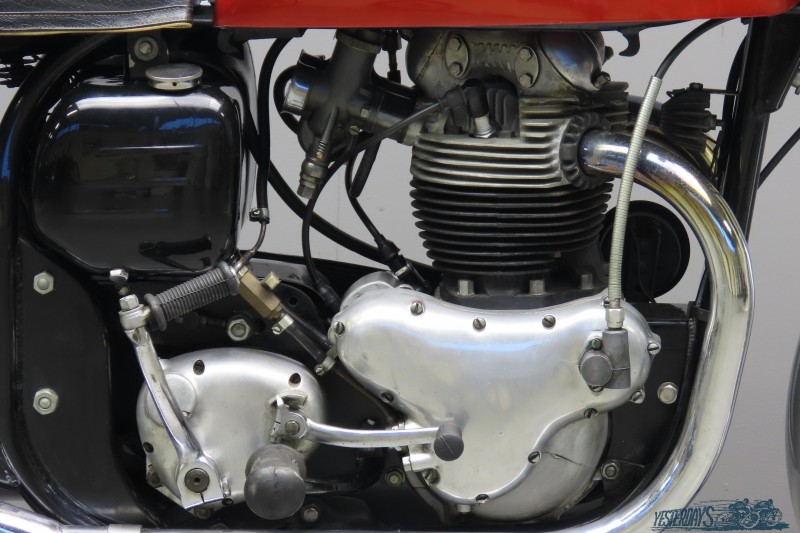 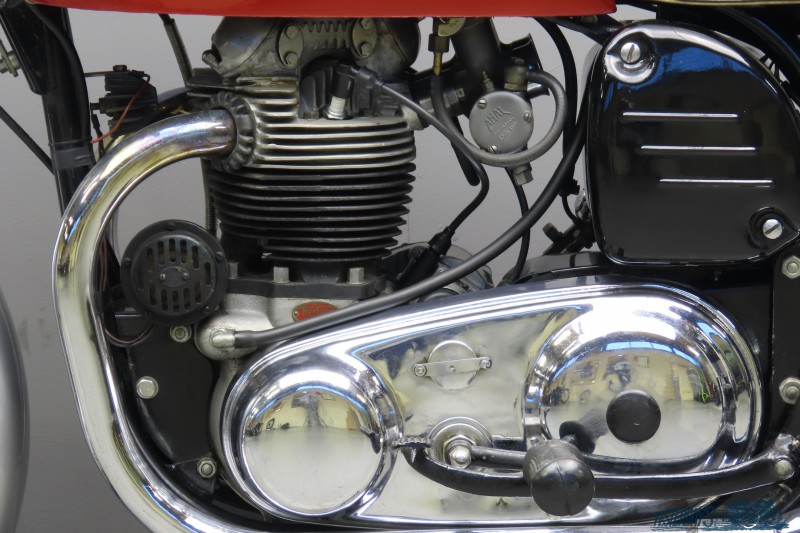 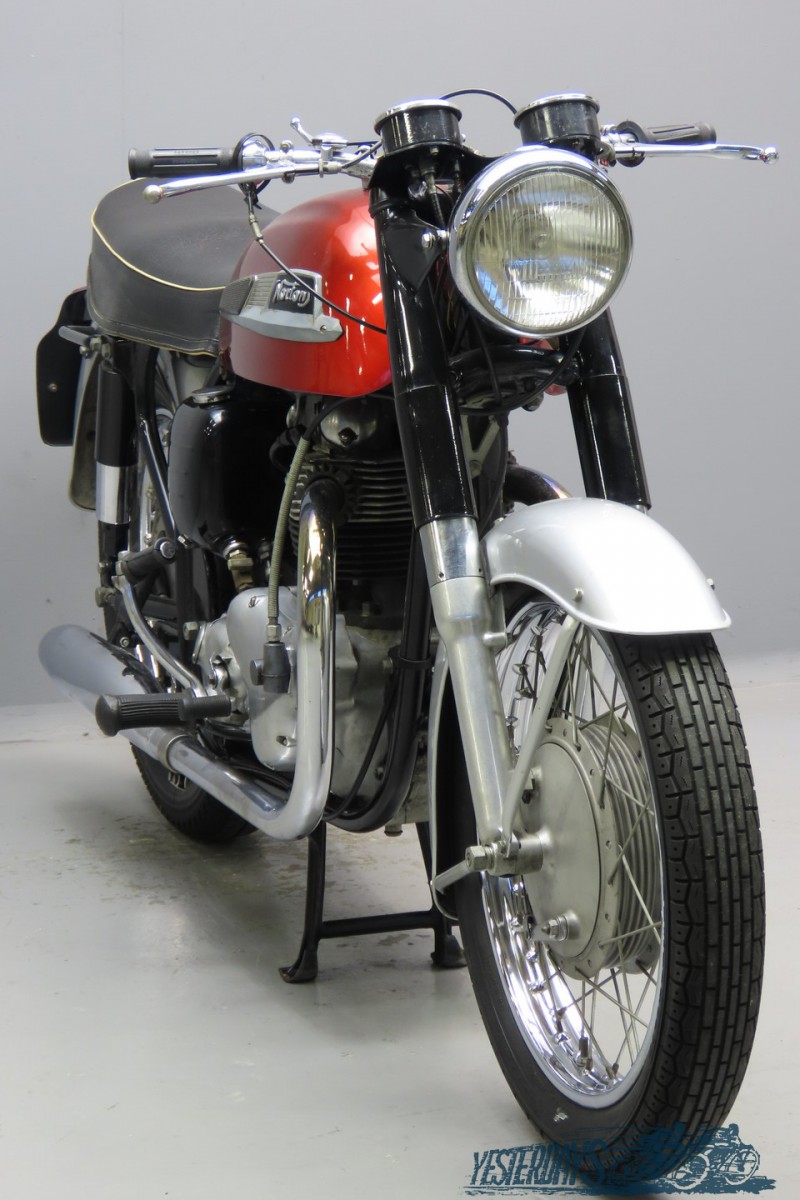 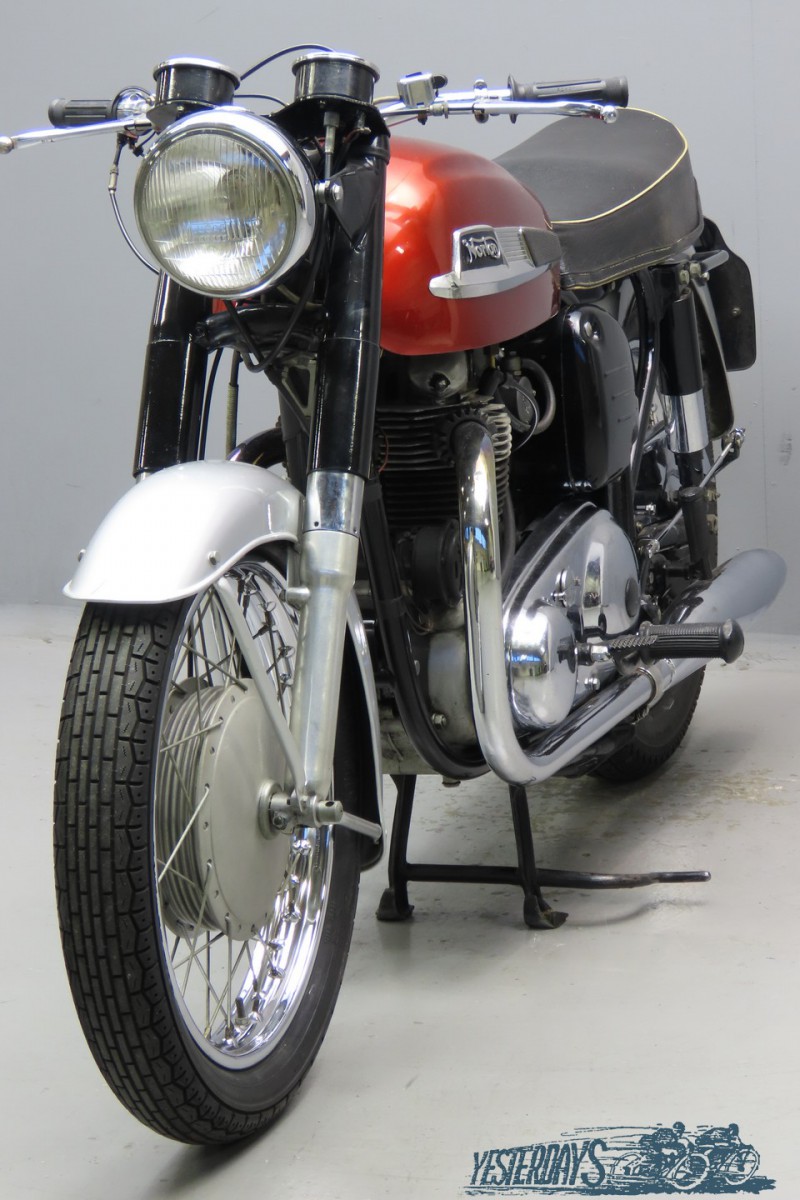 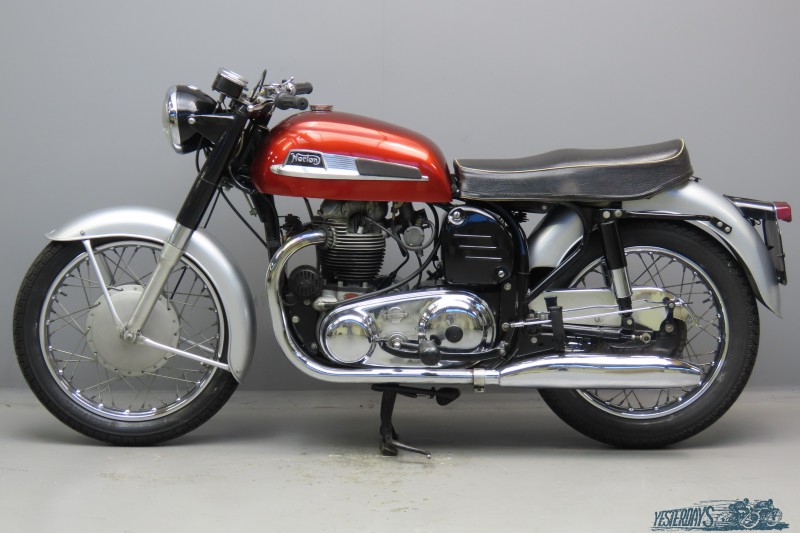 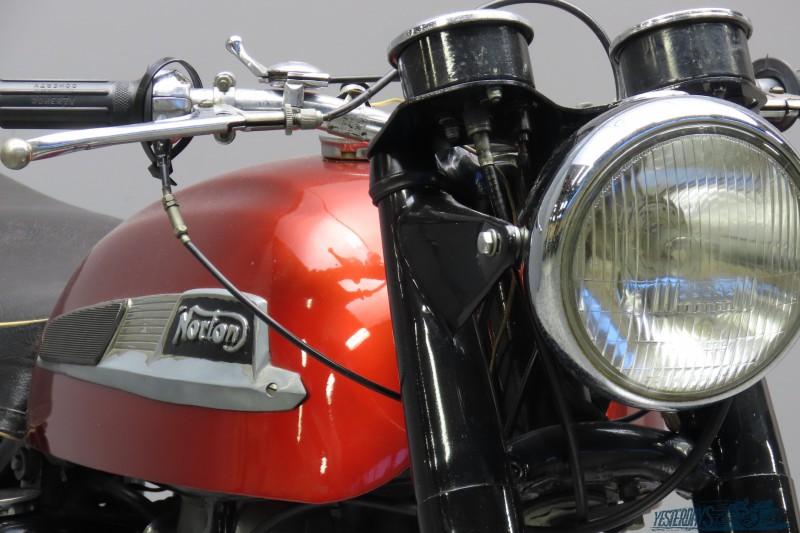 First seen in prototype form in 1962, the 745cc Atlas represented the biggest stretch yet applied to Norton’s parallel twin engine.
Designer Bert Hopwood’s 1949 497cc Dominator engine had been bored and stroked over the years to 745cc, via 600cc and then 650cc versions, to appeal to the American market and initially was only produced for export; home market deliveries commenced in 1964.
The Atlas was fundamentally a larger-engined version of the existing 650SS, using the same Featherbed frame/Roadholder fork cycle parts. Bore x stroke dimensions were 73 x 89 mm. Contemporary road tests typically recorded a top speed in the region of 115-120mph with fuel consumption approaching 60 miles per gallon.
Anchored by its superlative Featherbed frame and Roadholder forks, the Atlas always had a handling advantage over most of its rivals – there was good reason that most café-racer specials used the Norton frame and forks as a starting point.
Testing the Atlas in 1963, Cycle World magazine came away impressed by the 750’s turn of speed: “Simply twist the wick and the bike moves away like the rocket for which it was presumably named,” the editors wrote. The arrival of the similar-capacity but Isolastic-framed Commando in 1967 spelled the end for the Atlas, which disappeared from the Norton range towards the end of 1968.
The engine had lower compression than the Dominator (at 7.6:1) and was fitted with a single 376 Amal Monobloc carburettor giving 49 bhp @ 6800 rpm.
The Atlas shared many cycle parts with the last of the Dominator twins and had Norton’s four-speed gearbox and heavy-duty clutch.
Electrics were 6-volt and it had Roadholder forks, adjustable Girling rear shocks and a slimline Featherbed frame.
The machine we present is an older restoration. She has been well-maintained and comes with current registration.