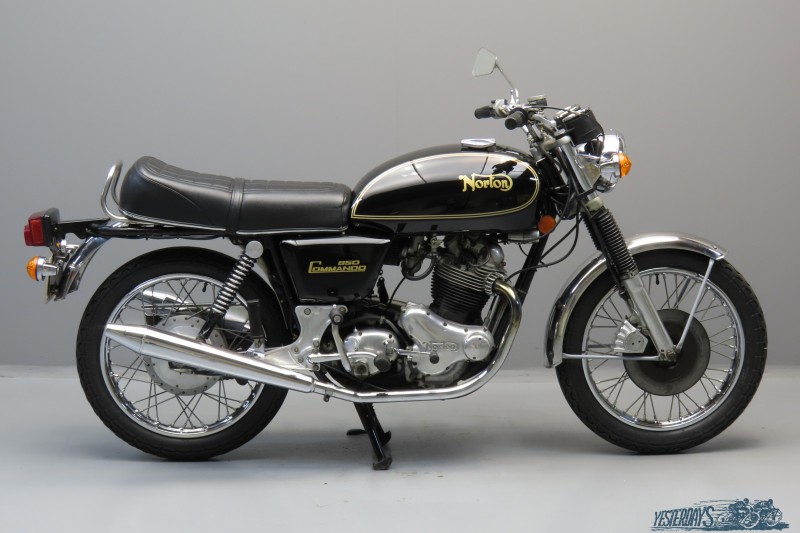 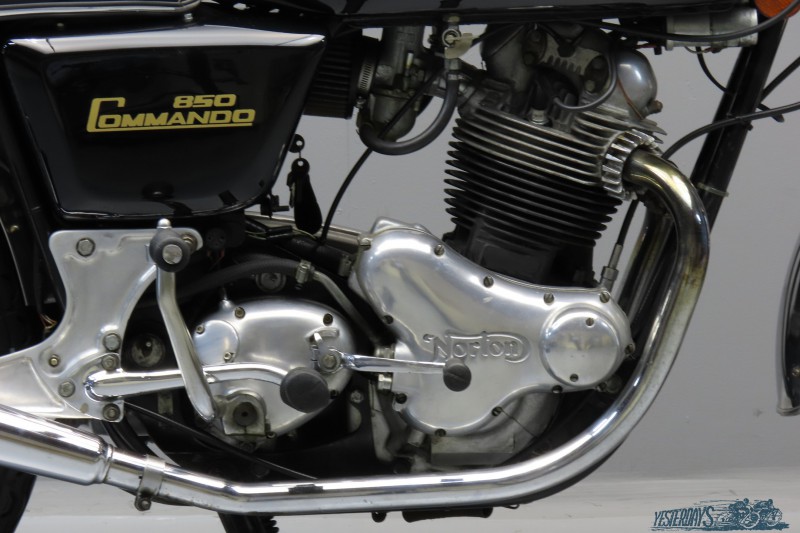 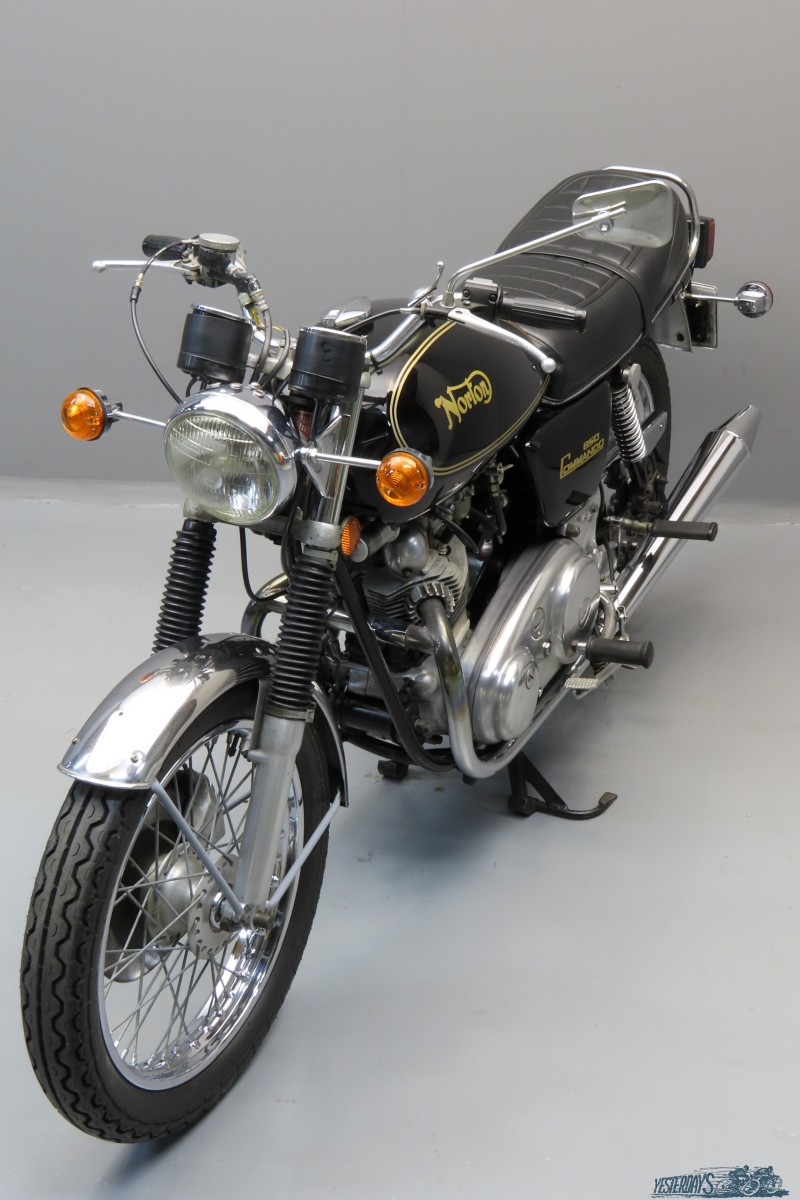 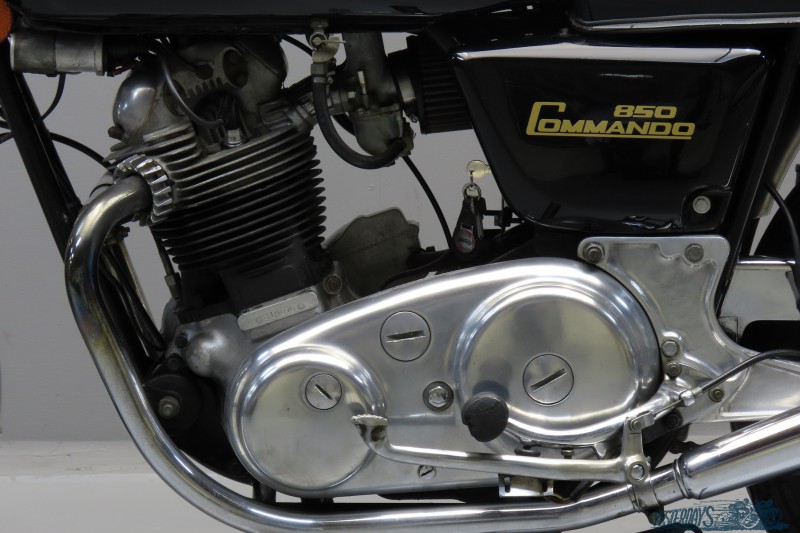 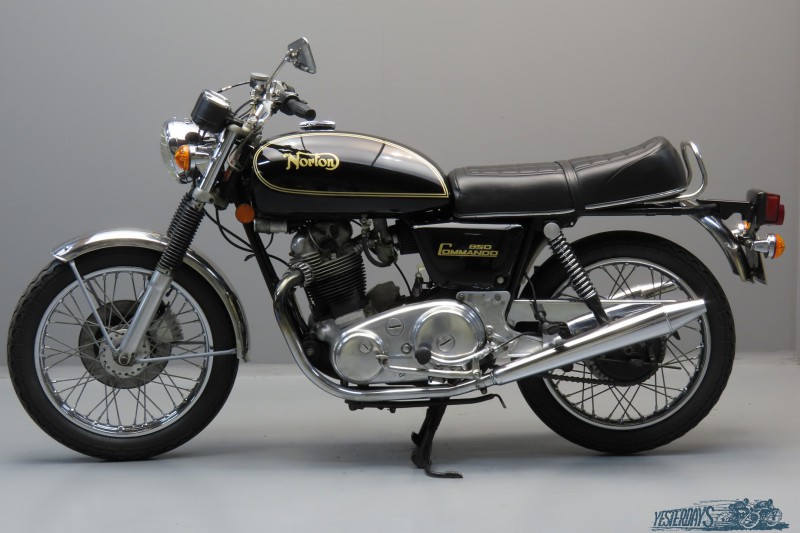 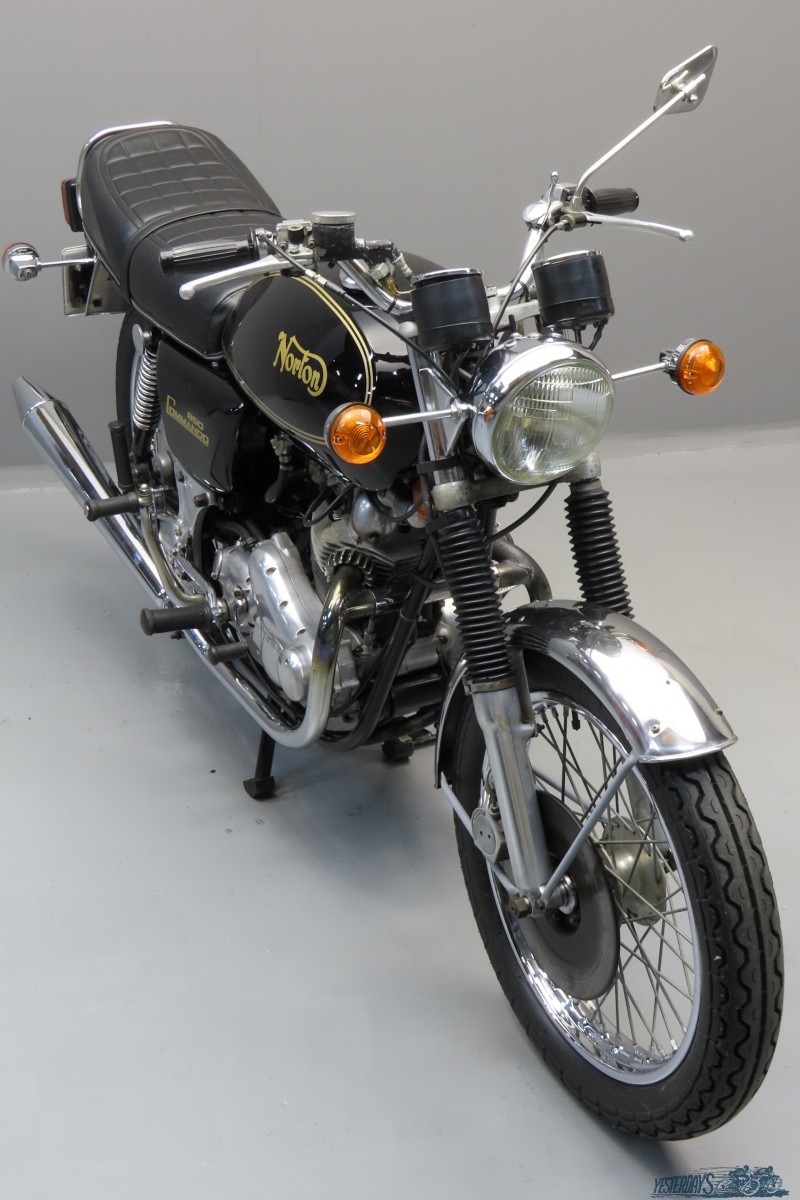 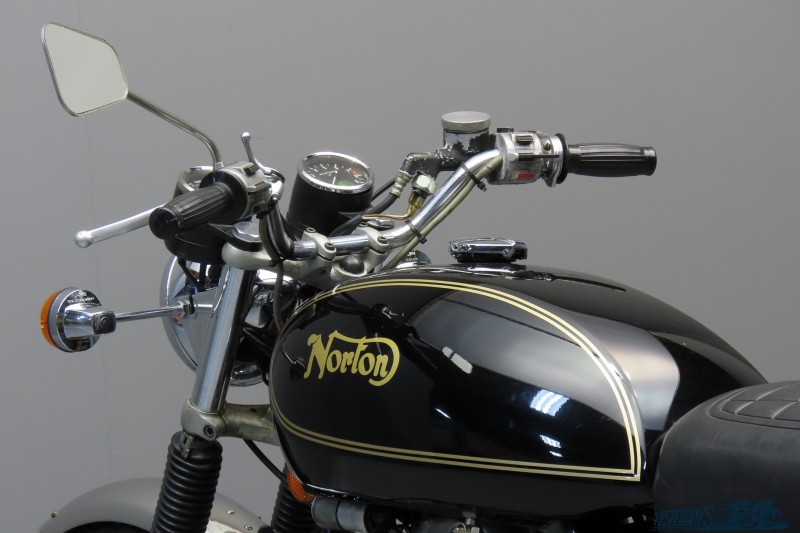 Norton 1975 “Commando 850” 828cc OHV twin frame & engine # 319876
The new Commando was launched in 1967 and used the preceding Atlas model’s 750cc engine and AMC gearbox. It was an instant hit with the motorcycling public and was voted MCM’s “Machine of the year” for five consecutive years. The most important new feature of the Commando was its vibration-beating “Isolastic” frame. The canted-forward engine retained the 73 mm x 89 mm bore and stroke of the Atlas engine. Compression ratio was raised to 8.9:1 and the engine breathed through two 30mm Amal Concentric carburettors and the power output increased to 58 bhp (43 kW) at 6,500 rpm. An alternator replaced the previous magneto and dynamo. Points for the coil ignition were mounted on a chain driven jackshaft at the rear of the engine where the magneto had previously been positioned. The transmission retained the pre-unit 4-speed Norton gearbox with a new diaphragm clutch and triplex primary drive.
Although it was a little down on top speed compared to rivals such as BSA-Triumph’s 750cc triples and Honda’s CB750 four, the Commando more than made up for this minor deficiency with superior mid-range torque and steadier handling. Introduced in 1973, the 850 (actually 828cc) featured a 4mm larger bore, through-bolted cylinder block, stronger gearbox casting and all-metal clutch among a host of other, more minor improvements. The extra capacity provided the 850 with even more mid-range urge, and the model would continue as the sole Commando after 1975 when the electric-start Mark III was introduced. Precise figures were never published but during a lifespan extending from the 1967 Earls Court launch through to post Receivership cessation in 1977 a total of around 50,000 Commandos rolled off the respective production lines. The machine we present was first registered in March, 1975 but actually is a 1974 model; for 1975 an electric start and rear disc brake were added, as well as a switch-over of the brake and gearchange pedals. This commando is a road-registered older restoration in excellent overall condition.