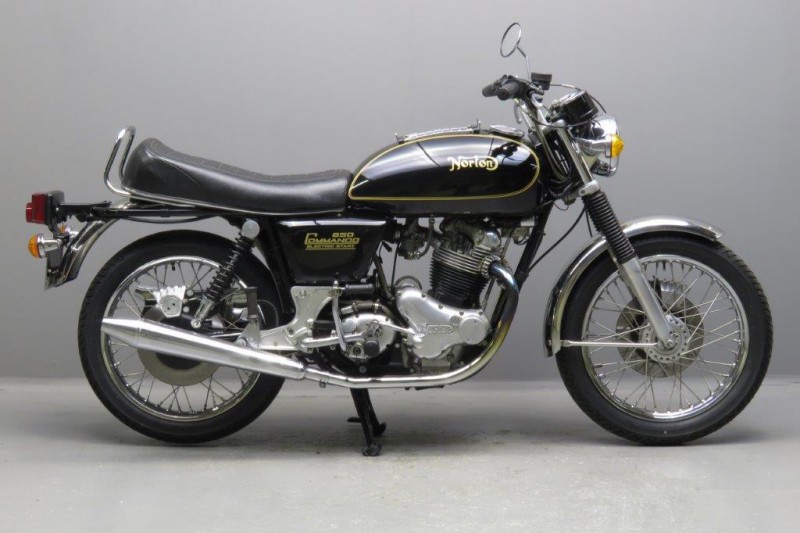 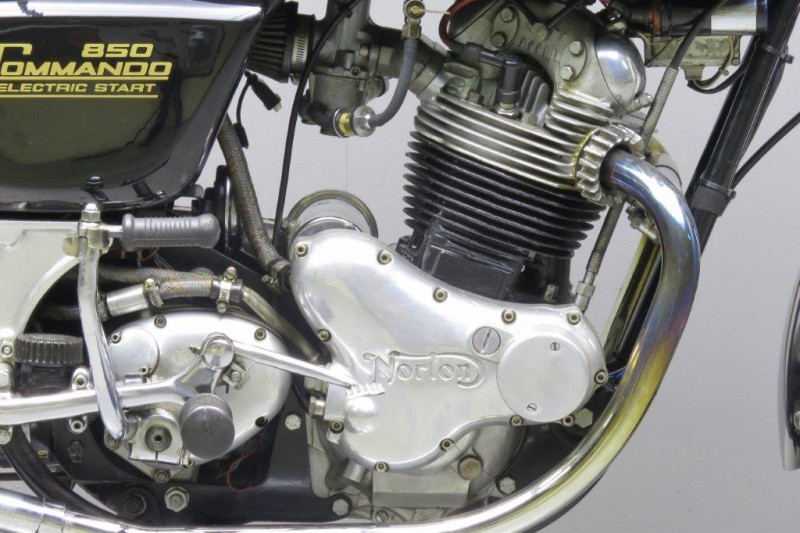 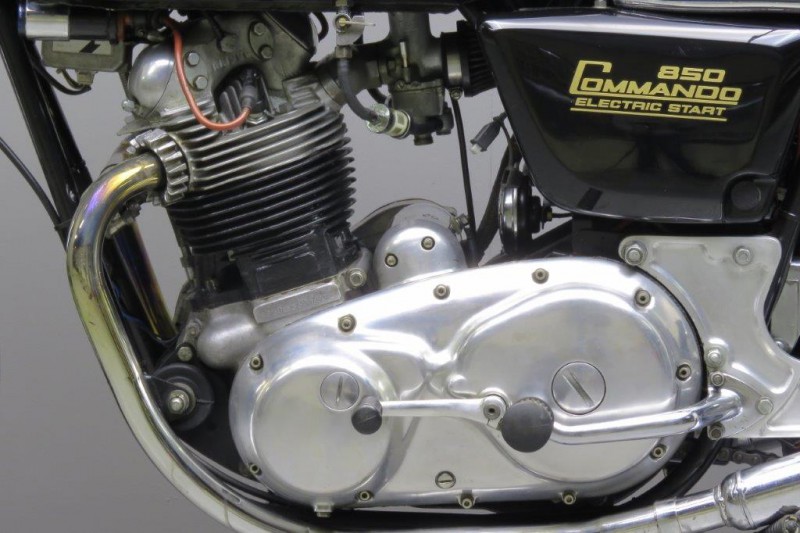 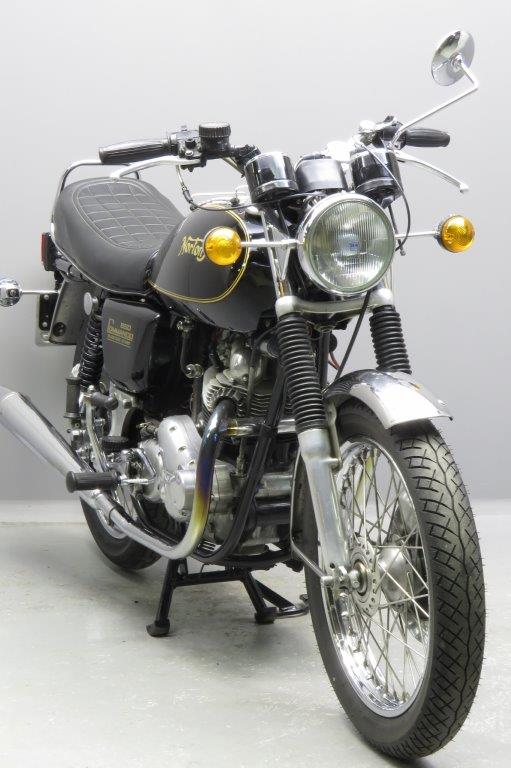 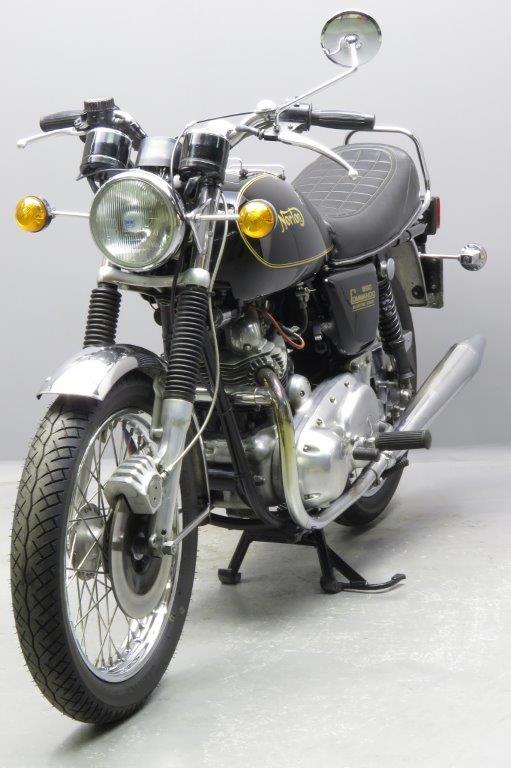 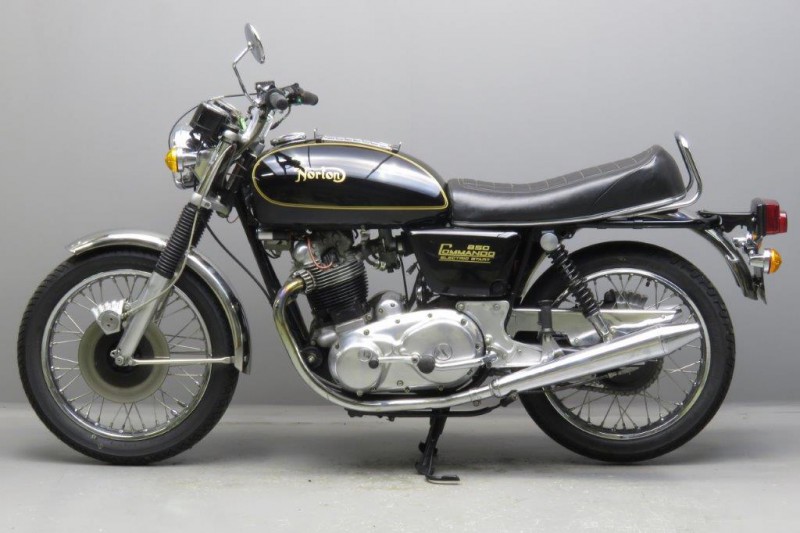 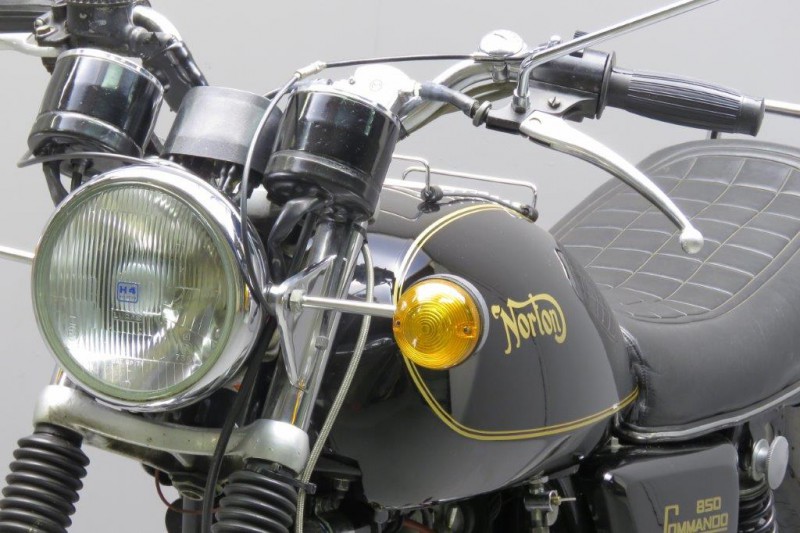 When first produced in 1967, the Commando had a 750cc twin engine, from a design that had established its roots with the earlier 650cc Dominator and 750cc Atlas models.
The Mk 3 Commandos were the first electric start-assisted Nortons to be offered, and 1975 was also the first year that footshift control was moved to the left side of the engine.
During the ten years it was in production it was popular all over the world. In the United Kingdom it won the MCN “Machine of the Year” competition for five successive years from 1968-1972.
Top speed was about 122 MPH or 195 KM/H.
The 850  Commando was launched in March 1975 and for the first time was fitted with an “electric starter” – better described as electric “assister” to aid kickstarting.
Commandos used a four-speed chain drive transmission and twin Amal slider carburetors.
The Commando easily outperformed contemporary Triumph and BSA twins and was the most powerful and best-handling British motorcycle of its day.
This 1975 850 Norton Commando is in a good, used condition and runs very well.