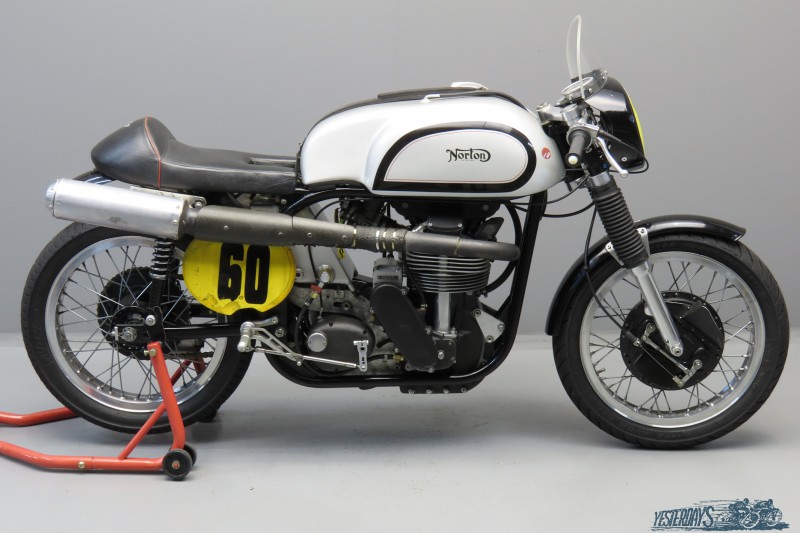 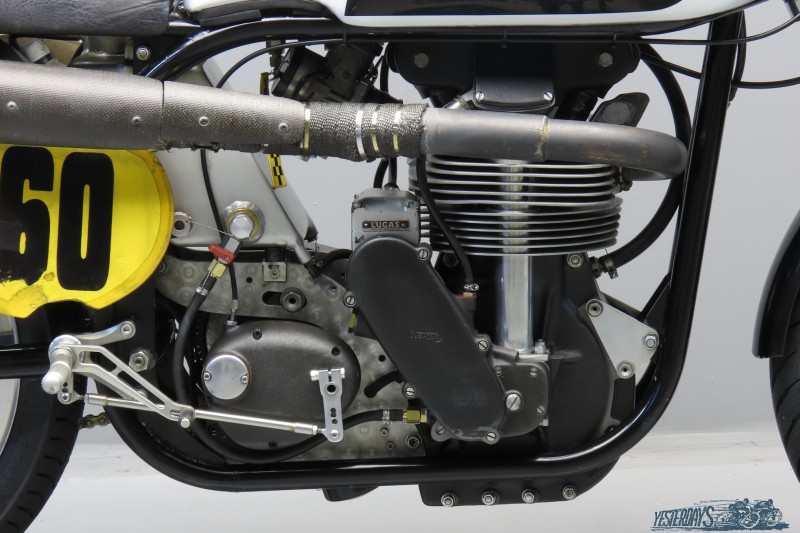 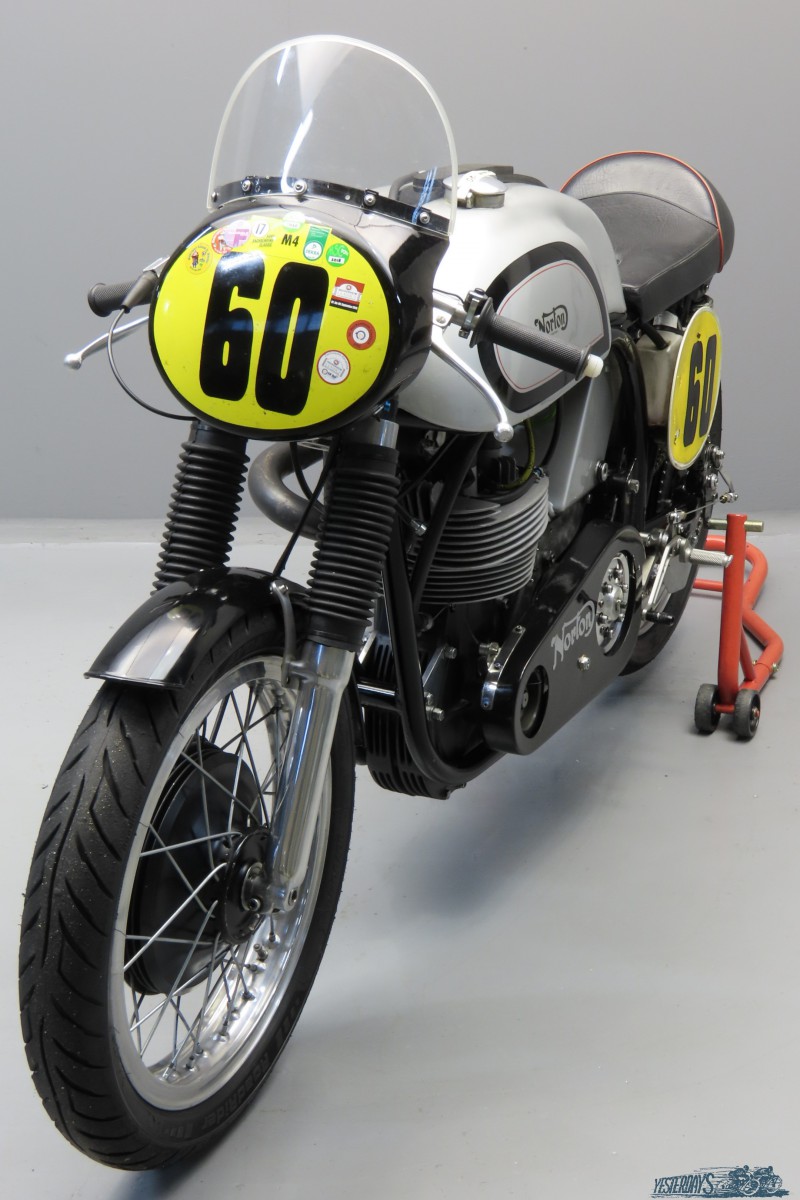 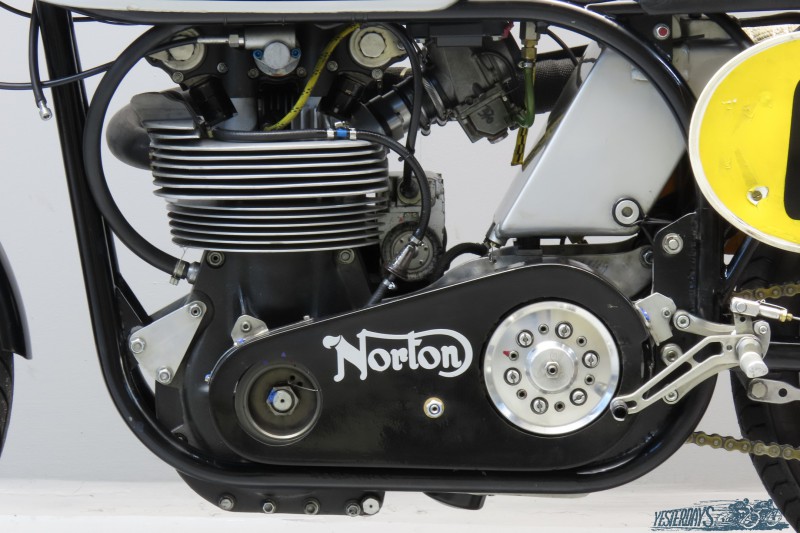 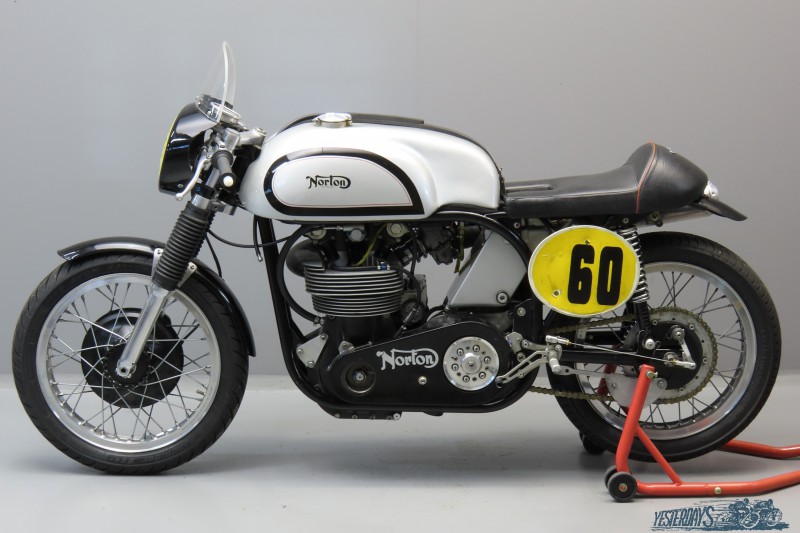 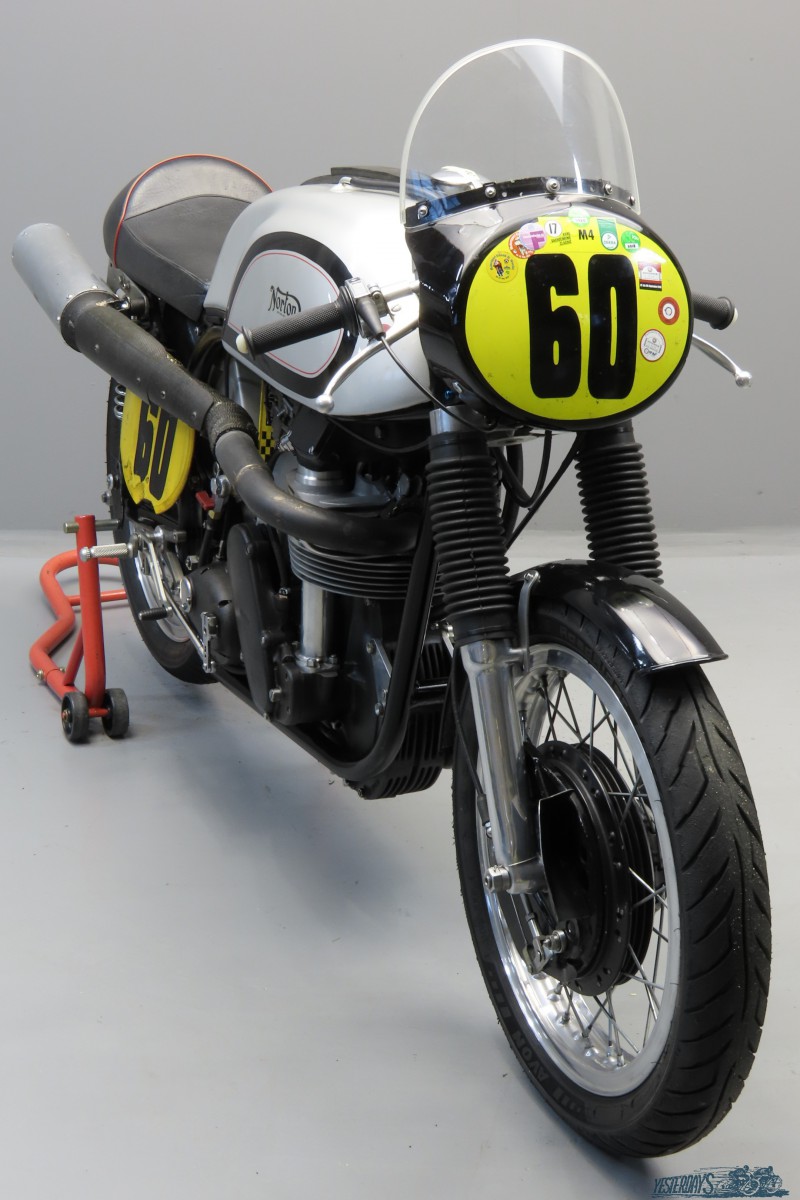 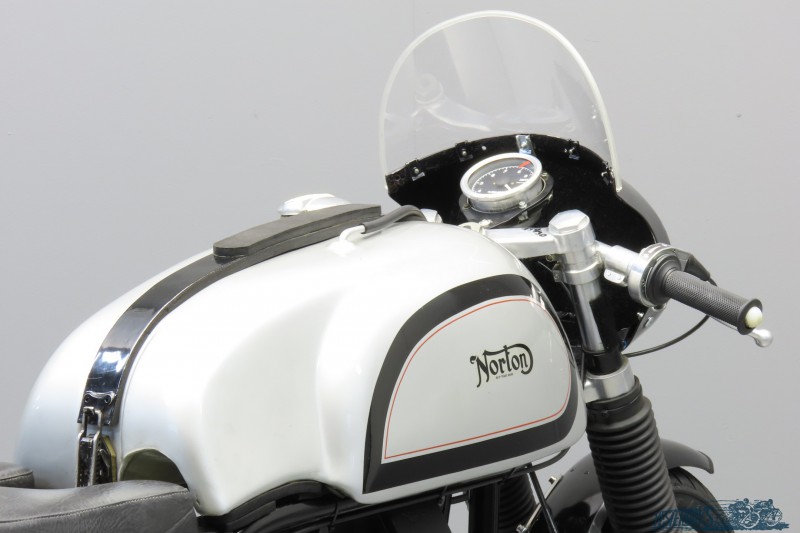 The 1930s were truly fantastic years for the Norton racing department: from 1931 till 1939 Nortons won all Manx TTs in both 350 and 500 cc classes, with the exception of the 1935 Senior and the 1938 Junior events. During this period the Norton racers acquired hairpin valve springs (in 1934), a megaphone exhaust(1935), plunger rear springing(1936), twin overhead camshafts (1937) and telescopic front forks in 1938. In 1938 bore and stroke on both models were revised and the 498 cc model could reach a top speed of 120 mph.
The first post-war over-the-counter racers were made available for the 1947 season. They were standard equipped with magnesium crankcases and aluminium-alloy cylinder barrels. For the 1954 season “short stroke” engines were listed: the dimensions were almost square now. Development went on till 1962: in early January 1963 the doors in Bracebridge Street closed and Norton production was transferred to the Associated Motor Cycles premises in Plumstead. This move marked the end of Manx production. Japanese racers took over for a number of years, but in the early eighties Classic Racing really got off the ground, and this revived the interest in Manx Nortons immensely.
This replica features a frame by Danny Barber, Dick Hunt forks, Molnar replica 8” Manx front hub, BSA/Tri Conical rear hub, 18”rims and Newby belt drive &clutch. The original gearbox was exchanged for a AMC.MAG item in September 2000 and in 2002 a new 92×75 Summerfield engine with one piece crank an plain bearings was installed. Smiths 9000rpn rev counter, Amal carb and Lucas racing magneto are part of the equipment. Quite a few racing successes have been obtained with this machine and in 2022 she saw action at Assen, at the Nürburgring and at Hockenheim.