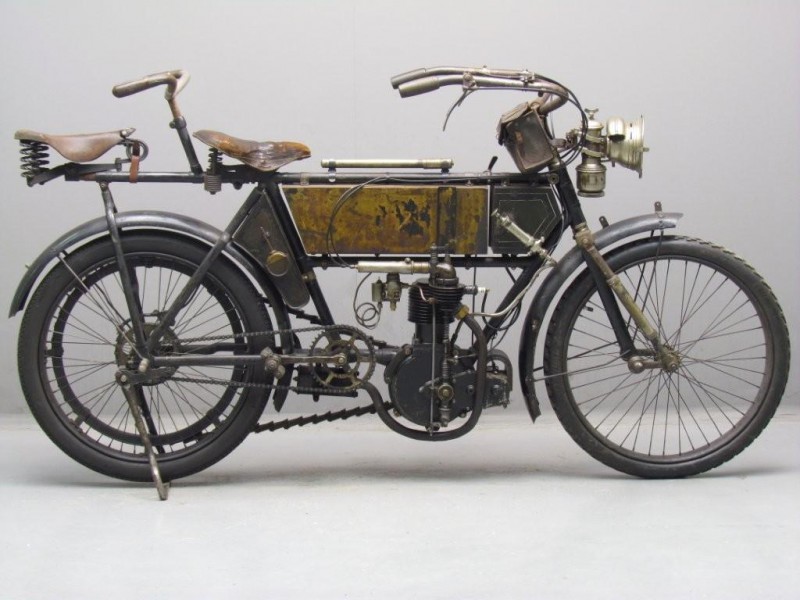 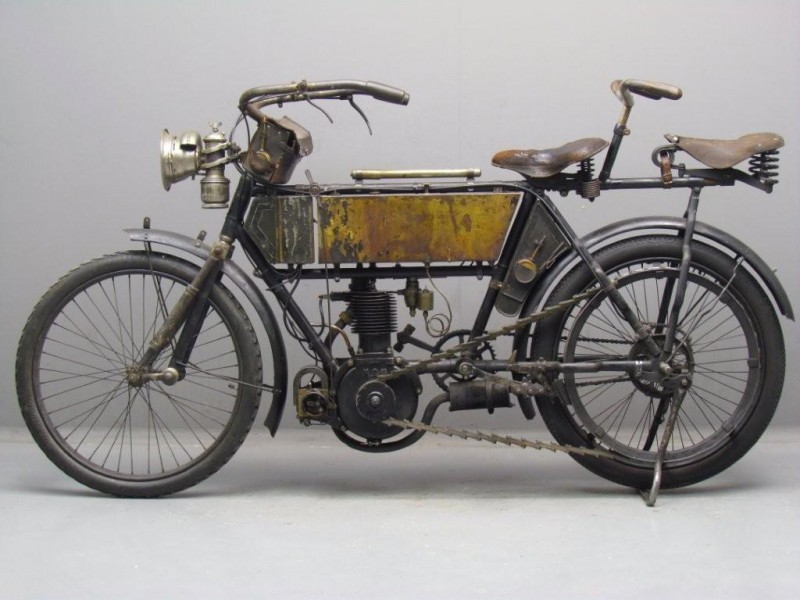 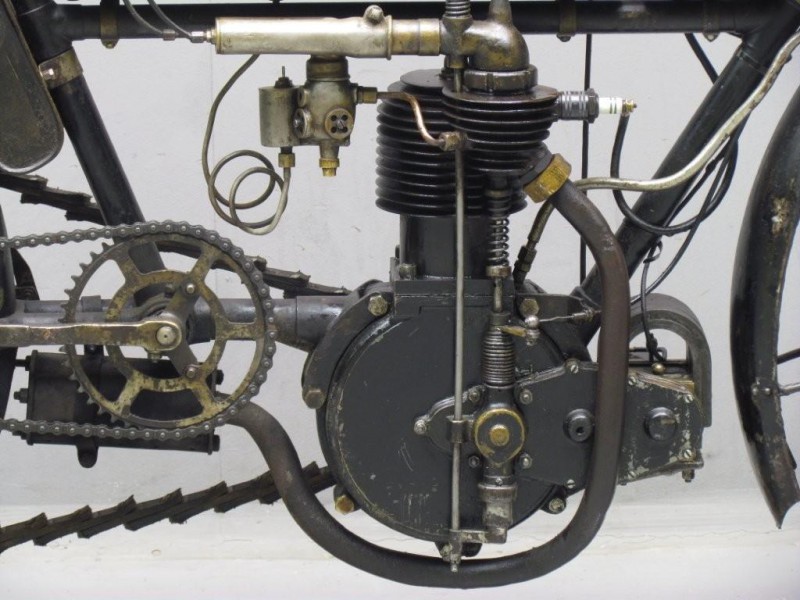 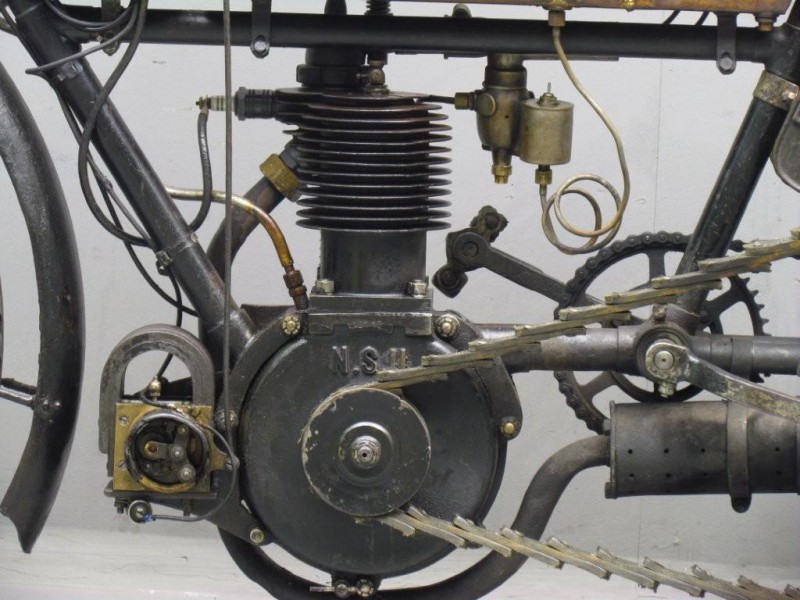 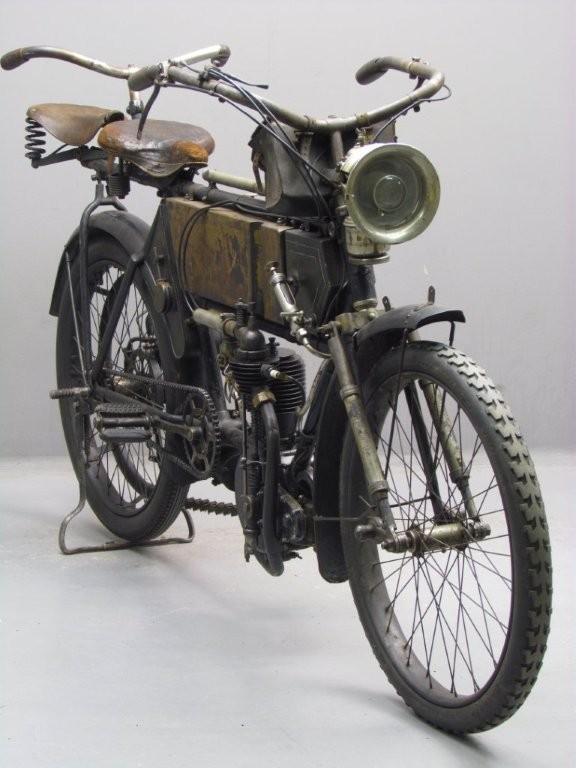 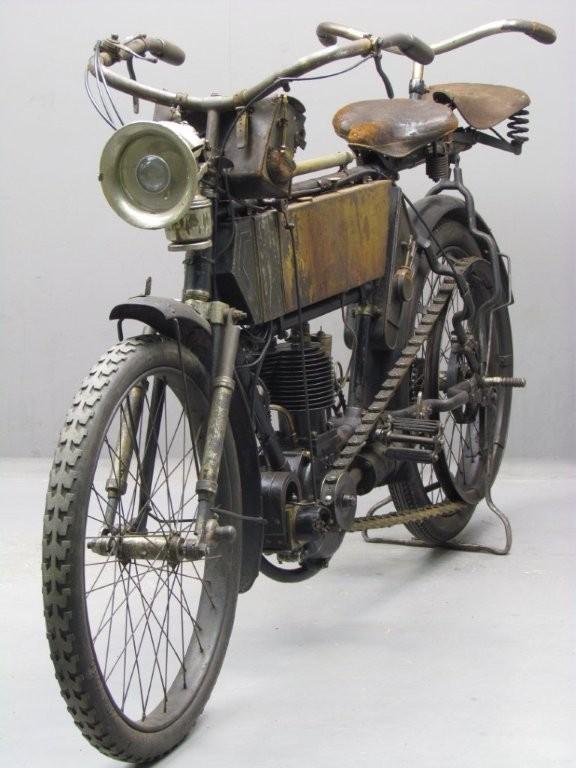 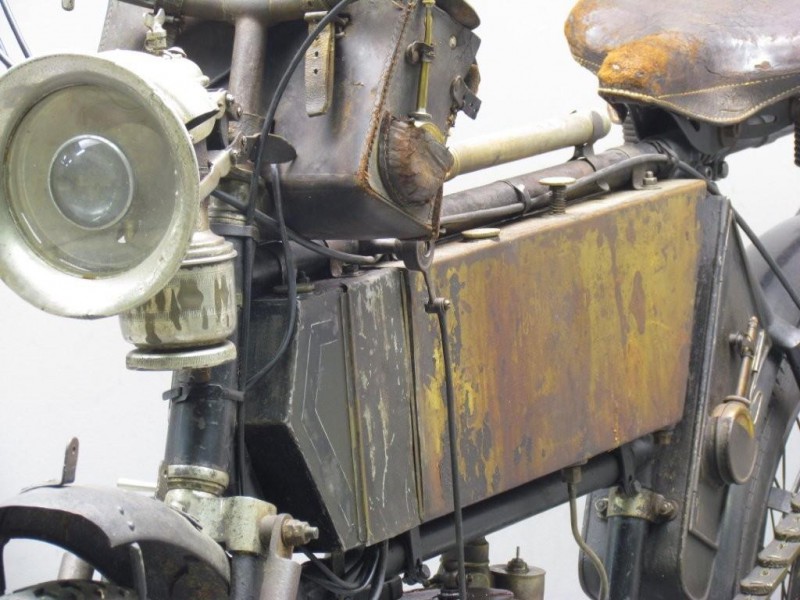 The company started as a knitting machine manufacturer ( Neckarsulmer Strickmaschinen Union)  and went into the bicycle trade in 1886.
It was a logic step to move into motorcycle production and in 1901 the first motorised NSU bicycle with Zédel  clip on engine was produced. Soon the development and production of   the company’s own engines  were taken up and the firm became one of the biggest motorcycle firms in Germany, exporting machines to many countries.
Already in veteran days many different models were marketed,  in  various capacity classes.
This 3 ½  HP model is single geared and  has the typical NSU overhead valve  operation  system in which the inlet valve is forced open by a rod actuated by the exhaust valve cam.
Note the  short copper pipe from carburettor to cylinder, this is a preheating device for the incoming air.
The machine comes complete with tandem seat, leather tool case  and acetylene lighting system.
It is in remarkably good original condition and all ready to go!