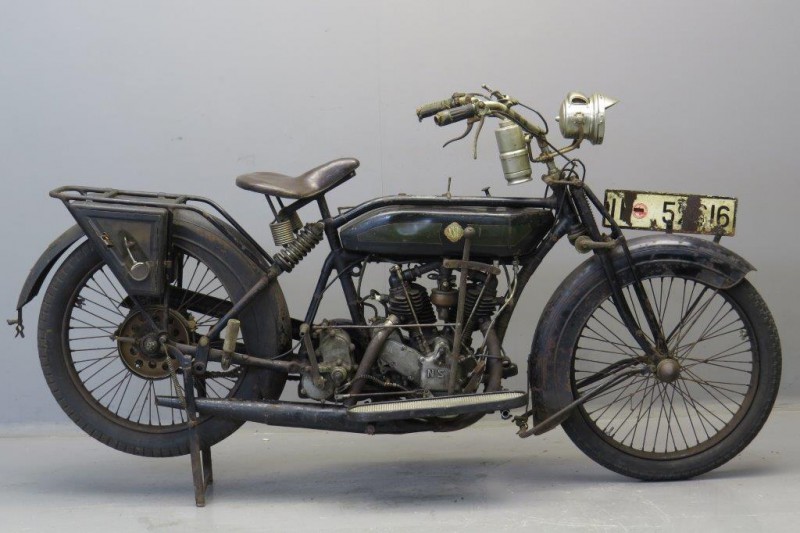 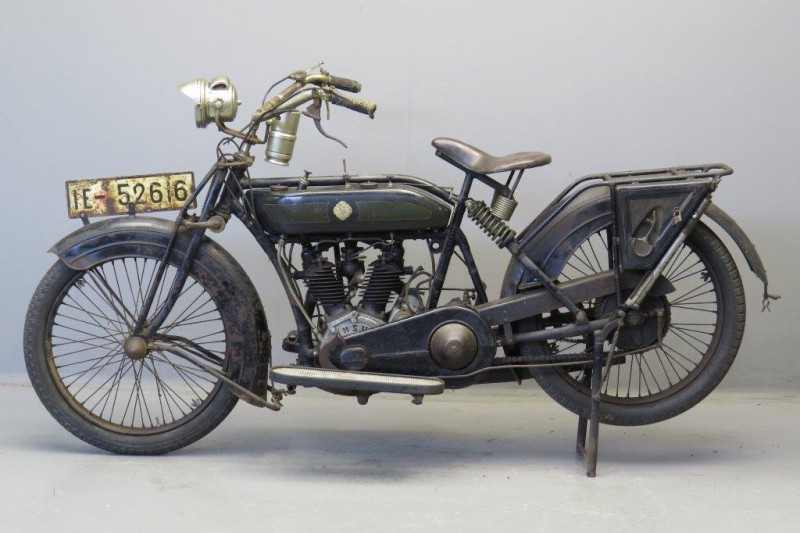 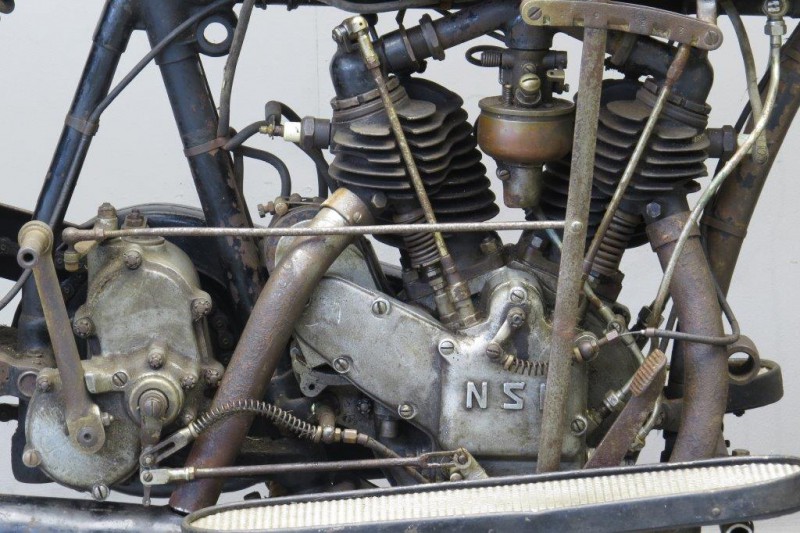 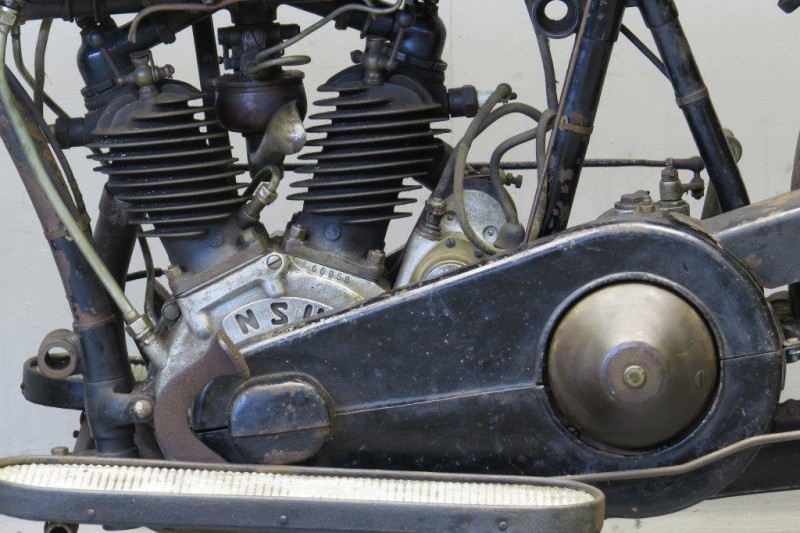 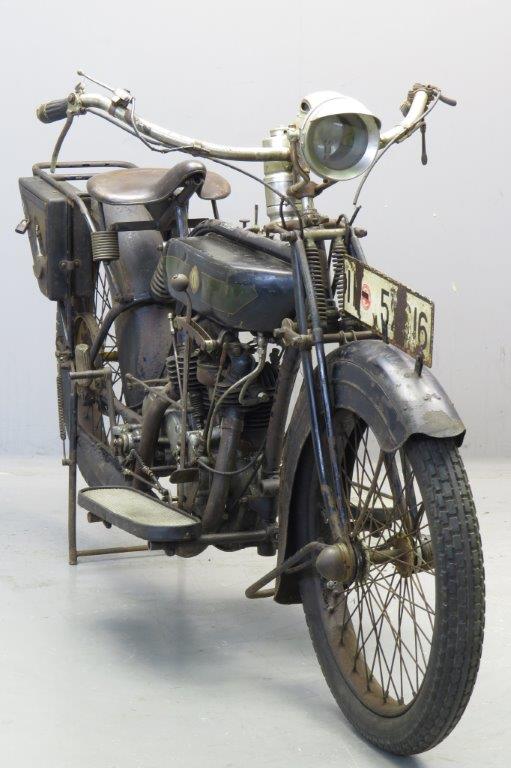 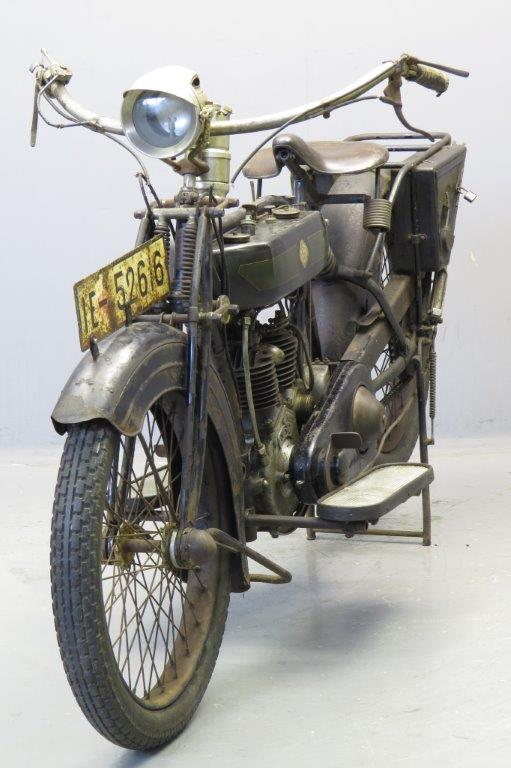 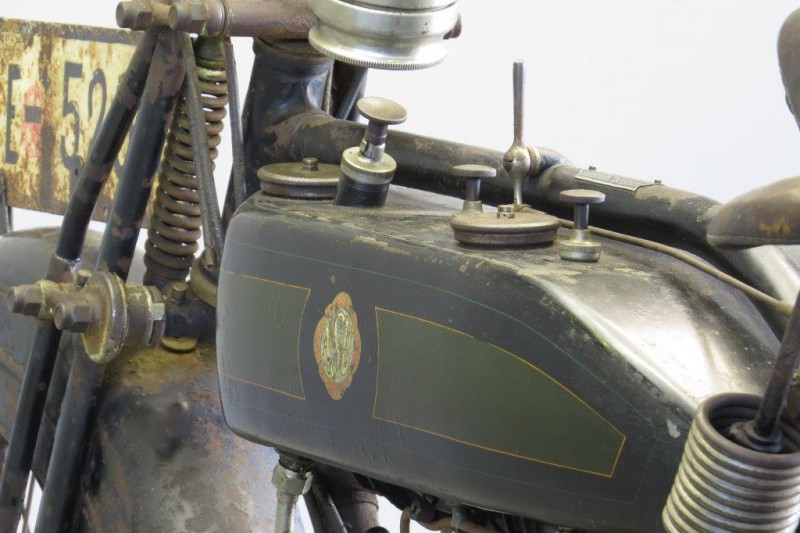 The company started as a knitting machine manufacturer ( Neckarsulmer Strickmaschinen Union)  and went into the bicycle trade in 1886.
It was a logic step to move into motorcycle production and in 1901 the first motorised NSU bicycle with Zédel  clip on engine was produced. Soon the development and production of   the company’s own engines  were taken up and the firm became one of the biggest motorcycle firms in Germany.
NSU recommenced motorcycle manufacture at the war's end with a range of 1914 models, pending the arrival of new designs.
First seen in 1920, these were a 351cc single and 495cc v-twin, both of which were powered by 'F-head' (inlet-over-exhaust) engines.
The 495cc twin was updated the following year when it was joined by a 995cc v-twin featuring a three-speed gearbox and all-chain drive.
As the 1920s progressed they IOE models  gave way to a new line-up powered by side valve motors, commencing in 1924 with the 251R.

This amazingly authentic and unrestored   NSU   has been stored for umpteen years and will need a thorough check-up.
It has two independent brakes on the rear wheel and a sprung rear frame.
Carburettor is a Pallas product, magneto the ubiquitous Bosch and the acetylene lighting is provided by Nirona.