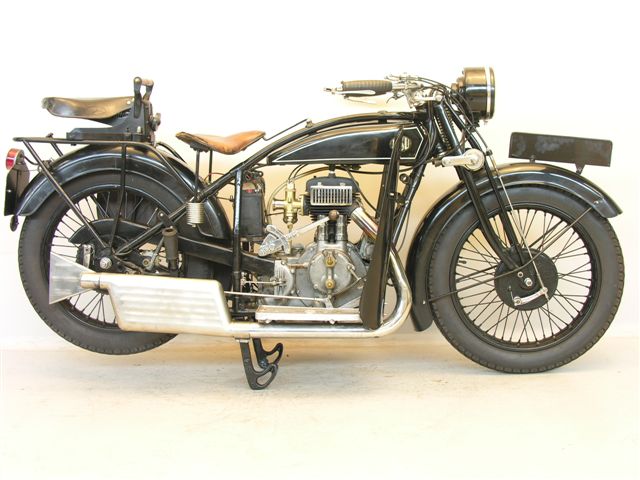 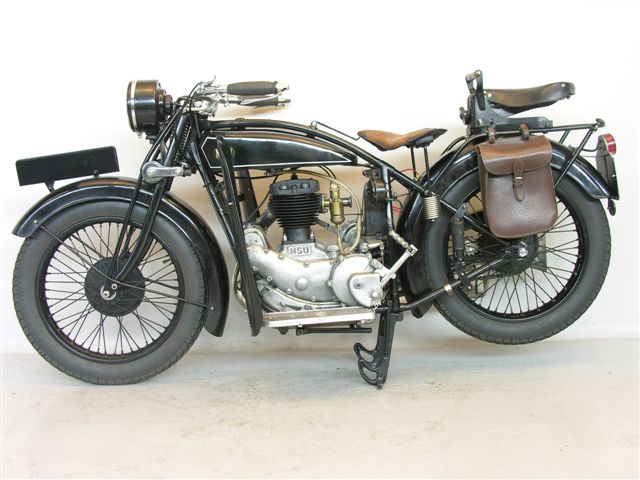 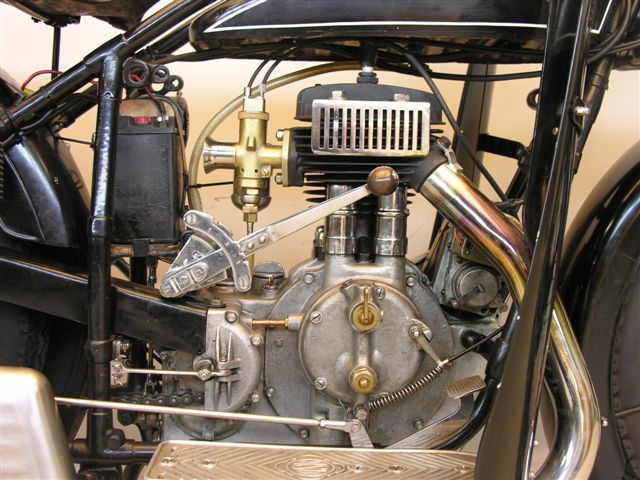 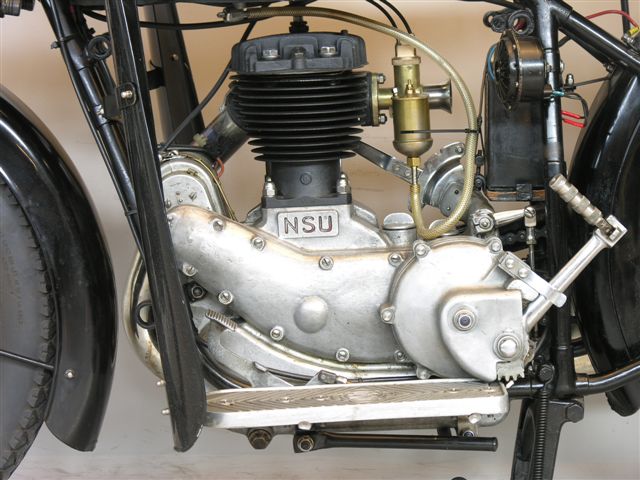 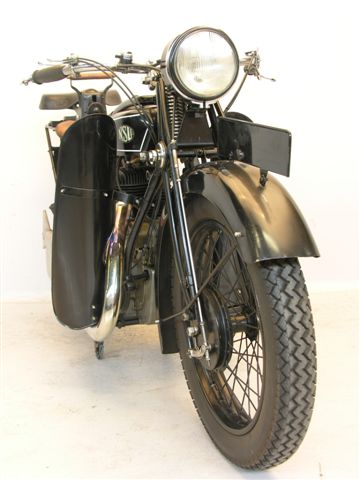 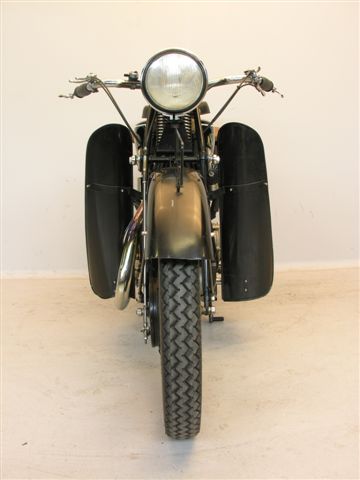 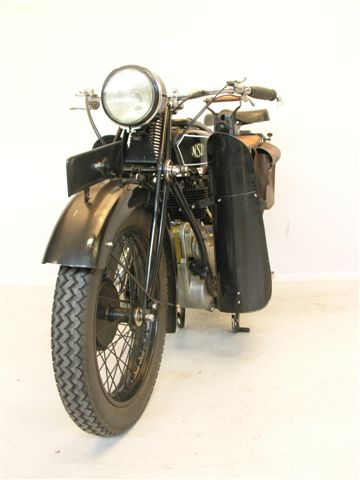 The company started as a knitting machine manufacturer ( Neckarsulmer Strickmaschinen Union)  and went into the bicycle trade in 1886.
It was a logic step to move into motorcycle production and in 1901 the first motorised NSU bicycle with Zédel  clip on engine was produced. Soon the development and production of   the company’s own engines  were taken up and the firm became one of the biggest motorcycle firms in Germany. In the twenties a line of sturdy machines was developed, of which this model “501” is a fine example.
The machine has a unit construction engine with three speed gearbox.
The factory claimed a power output of 11 HP, giving a top speed of 95-100 km/ hour.
Ignition and lighting are taken care of by a reliable Bosch system.
Optional extras are a comfortable pillion seat and  leg shields.
Note the centre stand, a real novelty on a 1920s machine.