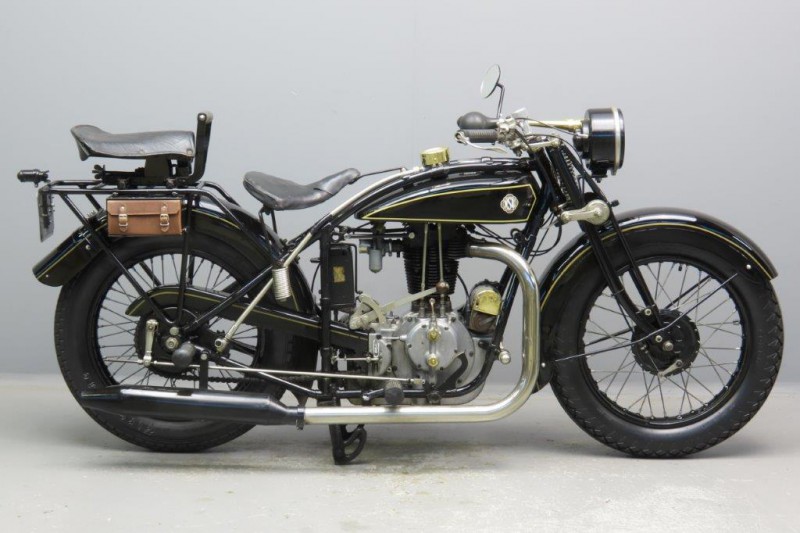 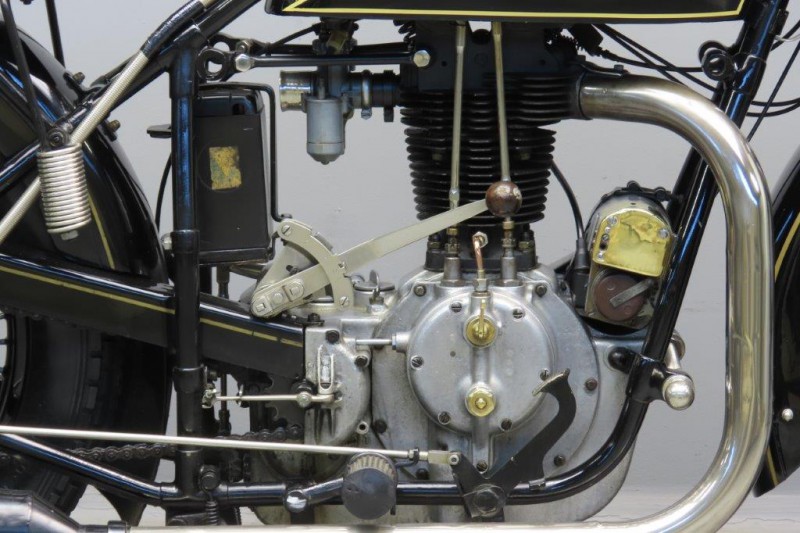 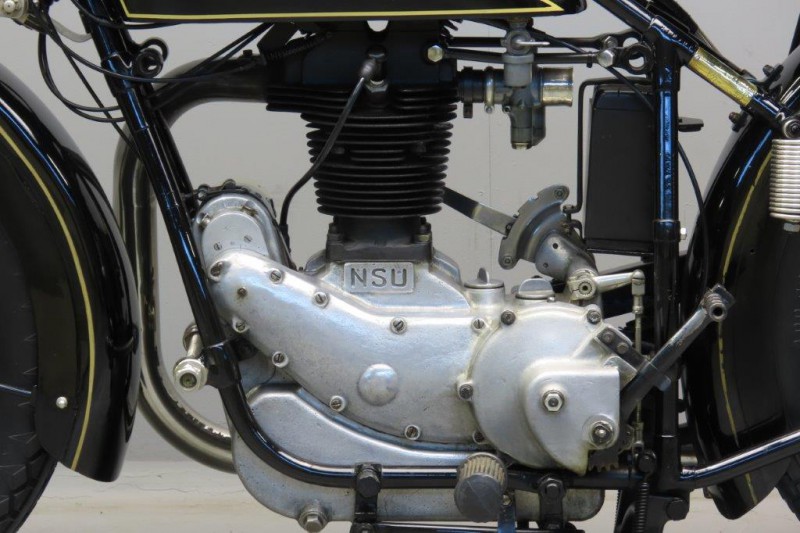 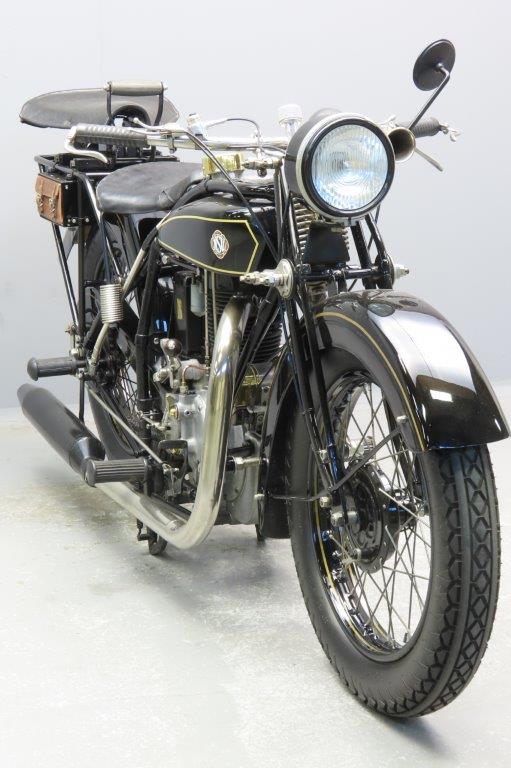 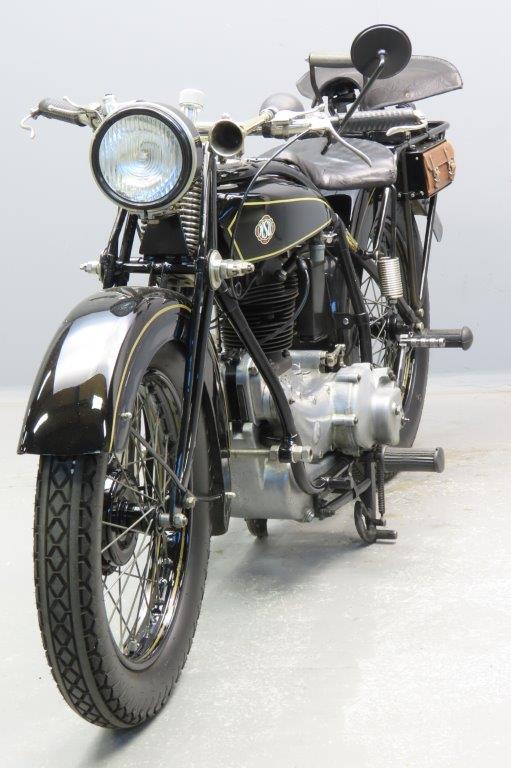 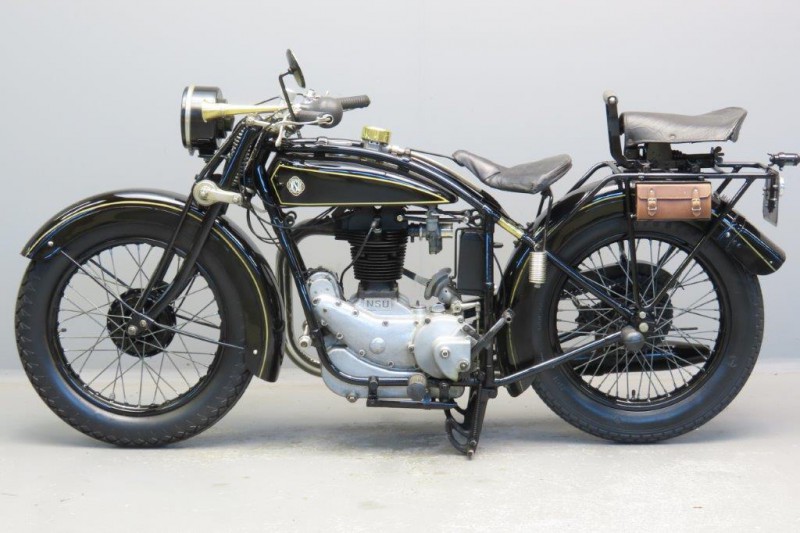 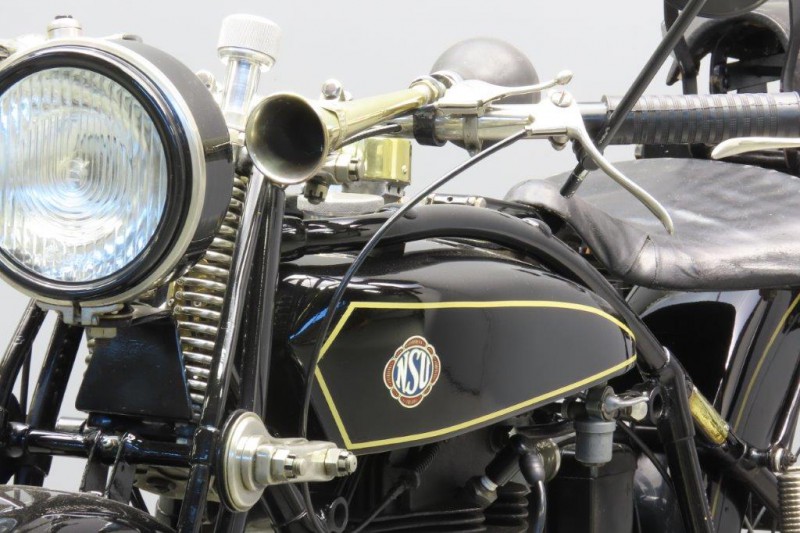 In 1927 the company introduced the 501 T, a sturdily-built 500cc side valve with three-speed unit construction engine and all chain drive.
The bore/stroke dimensions were 80x99mm and the engine had a front mounted magdyno.
The power output was 11 hp which gave a top speed of about 100km.
Between 1927 and the end of 1929 more than 13,000 units were sold.
As a result of the success of this appealing model the company decided to develop a sporting version for the 1928 model year.
The OHV 501 S engine had the same bore x stroke as the Touring version but the engine delivered 18 hp and had a top speed of 120 km.
The machine was available from September 1928 at a price of 1200 Reichsmark.
About a year later the stock market crash started a world wide economic slump which also strongly affected NSU sales: the output of machines in 1932 was to be 75 per cent lower than that of 1929.
Consequently, this most expensive model in the range was sold in moderate numbers, only 1002 left the factory between September 1928 and the end of 1929.
The machine presented here has been restored and comes complete with Bosch electric lighting, Veigel speedometer, bulb horn and pillion seat.