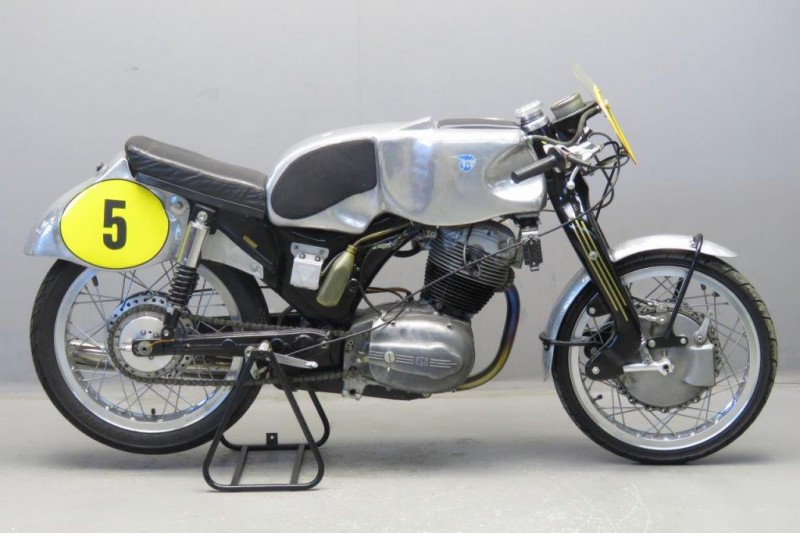 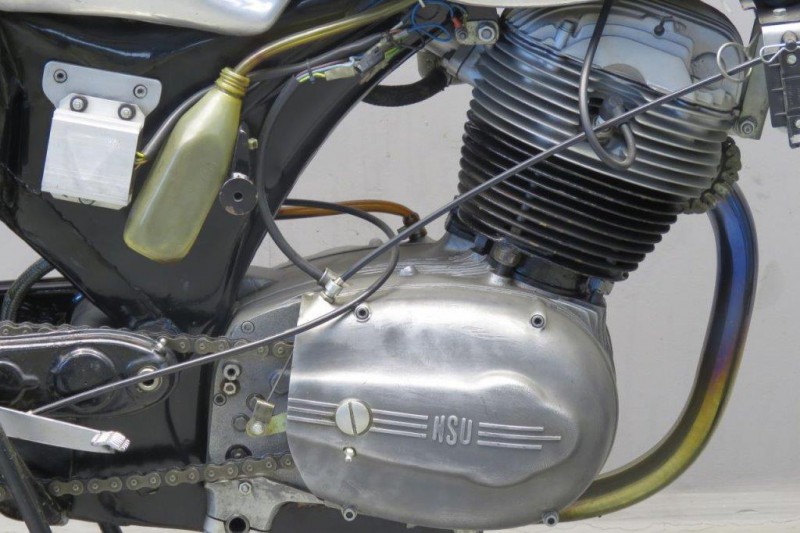 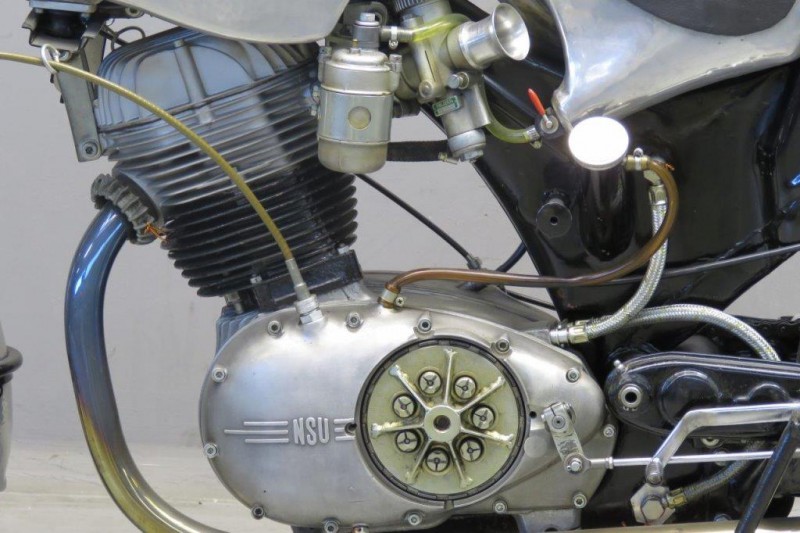 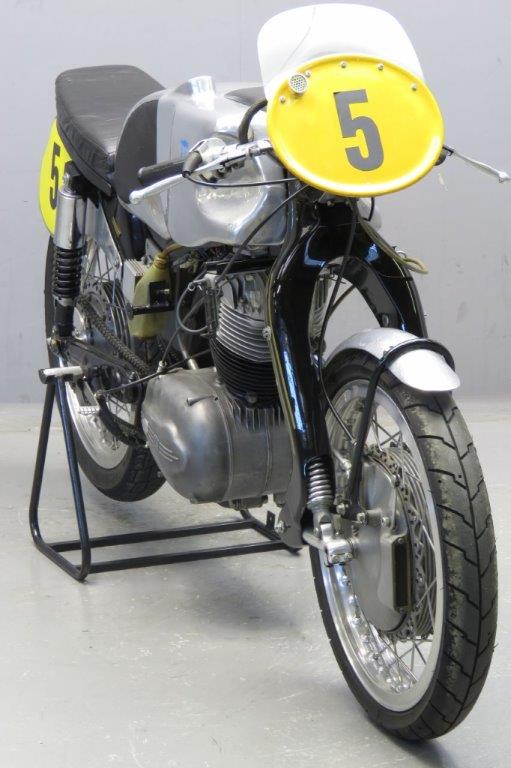 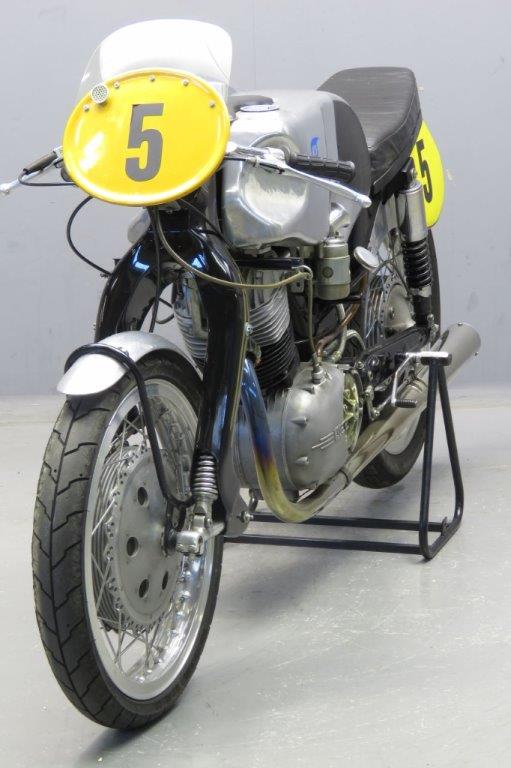 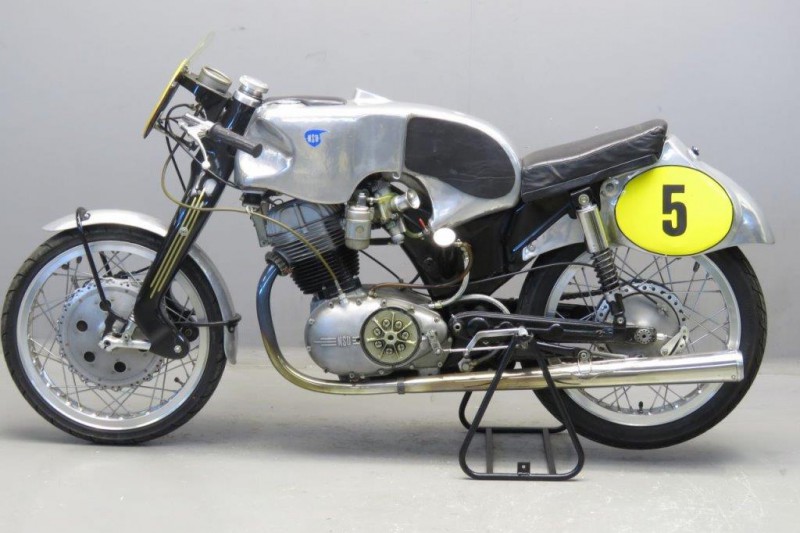 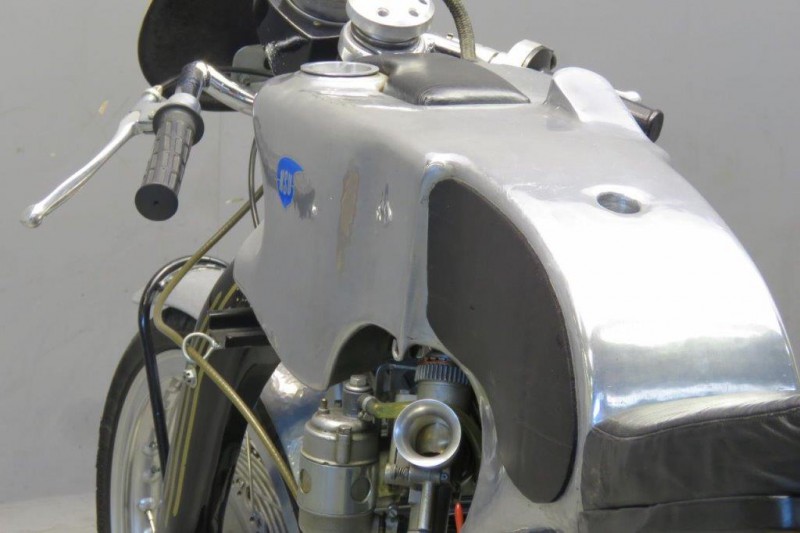 Seeking to deflect criticism of the decision to withdraw its works team from Grand Prix racing at the end of the 1954 season, NSU announced that a racing version of the Max roadster – the Sportmax – would be offered to privateers.
From the start of the 1955 season the Sportmax was simply the fastest over-the-counter 250-class racer on the market.
As well as providing works-supported ‘veteran’ rider Hermann Müller with the 1955 250cc World Championship, the Sportmax was one of the most competitive lightweights of any kind available to the privateer, and in the right hands proved capable of a respectable showing in national events well into the 1960s.
Other prominent stars Sportmax-mounted for ’55 included John Surtees, Sammy Miller, Pierre Monneret and former NSU works rider Hans Baltisburger, while later in the decade an up-and-coming Mike Hailwood used the ex-Surtees example to spectacularly good effect.
Unfortunately there is not much known about the history of this NSU.
She comes from a German enthusiast, who kept her in his collection for several years.
He had her from the original owner, a privateer racer, Mr. Volker Scholl. (deceased now) She has a German Racing Passport. (Fahrzeugpass) and a letter/application to Mr. Karl Reese (a well-known motorcycle historian and journalist) to obtain the racing passport.
The original owner states, he has built this NSU along the lines of the original NSU Sportmax using many original Sportmax parts. She comes with a handmade aluminium-alloy fuel tank, mudguards and seat. Other noteworthy and a handsome feature include alloy wheel rims.
The engine is a tuned NSU Max engine.
We did not start her, however according to the former owner, she goes like a rocket.
She is ready for the race track.