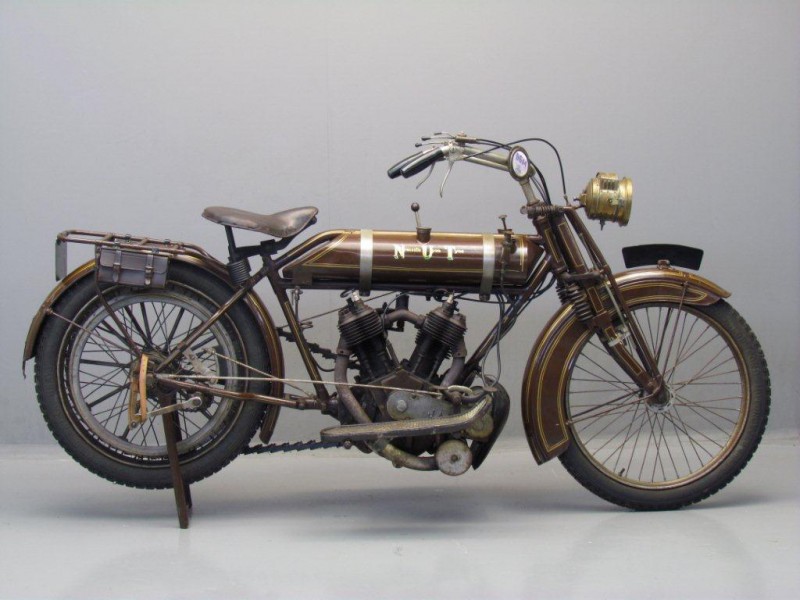 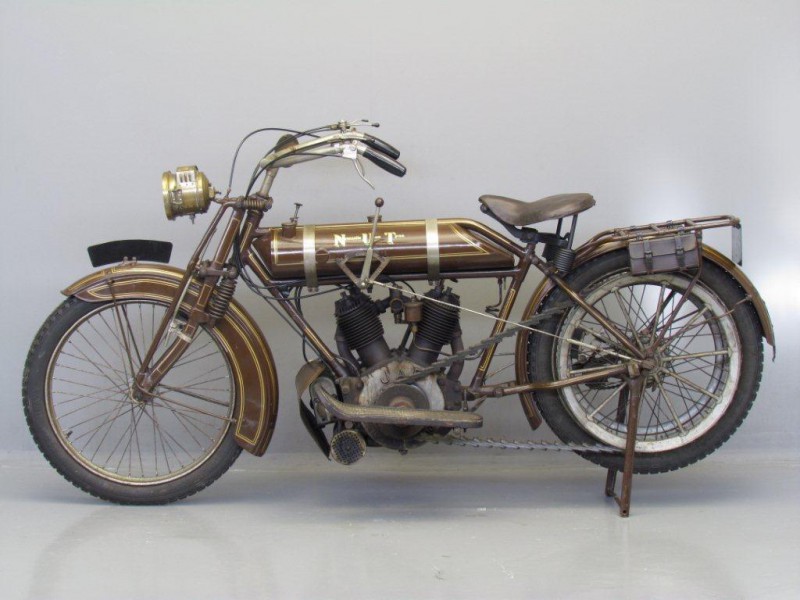 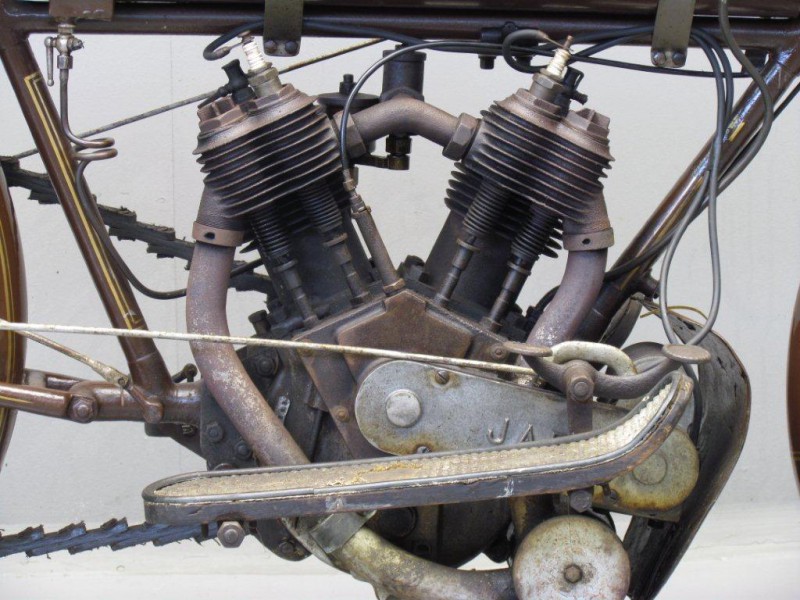 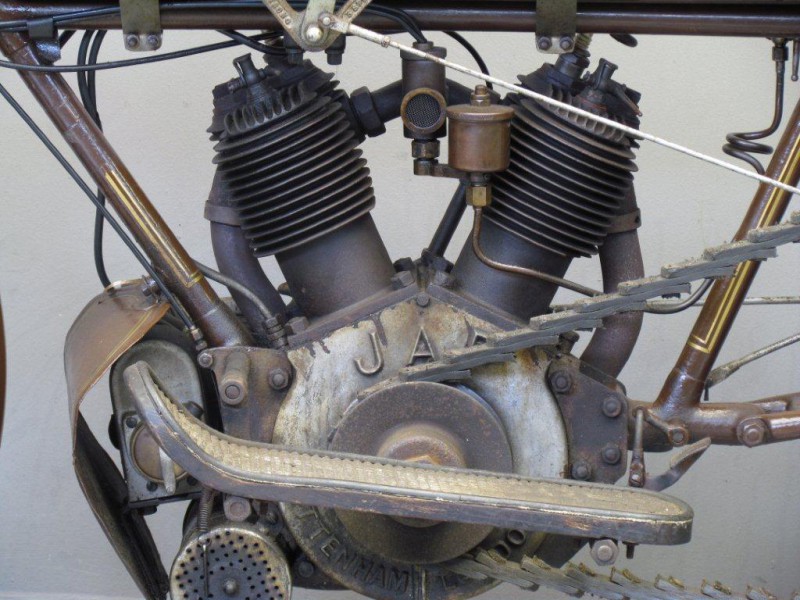 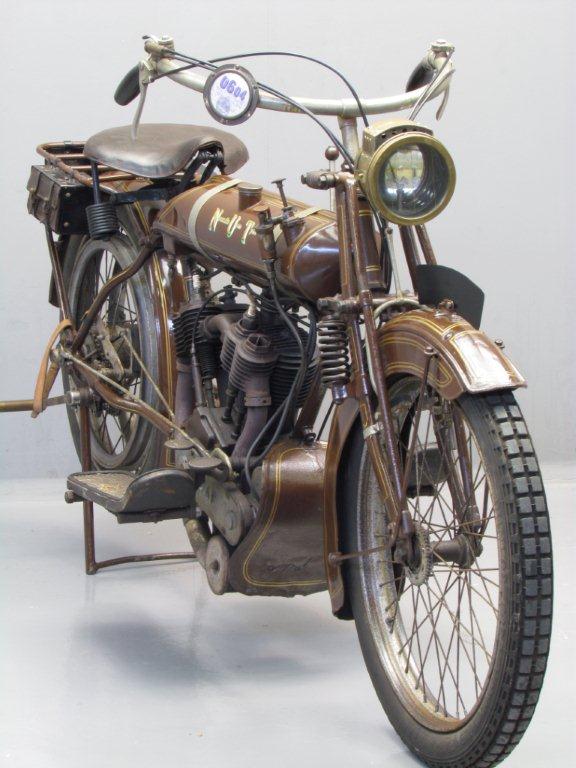 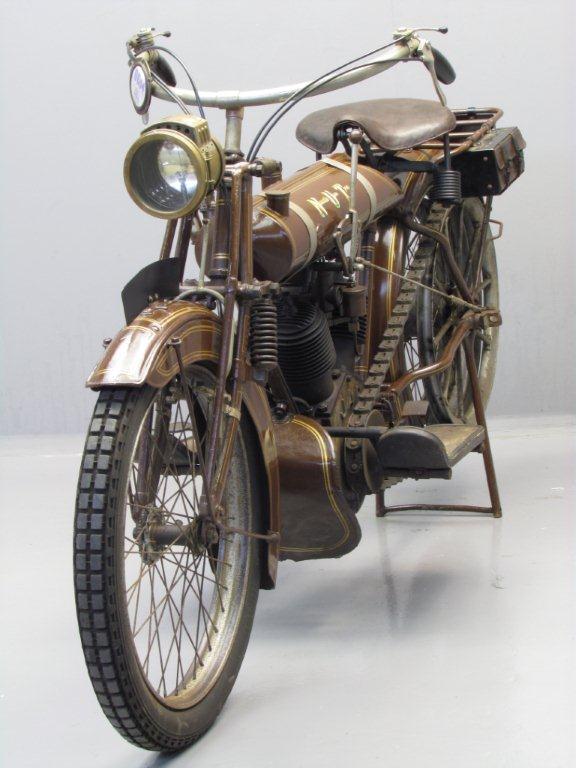 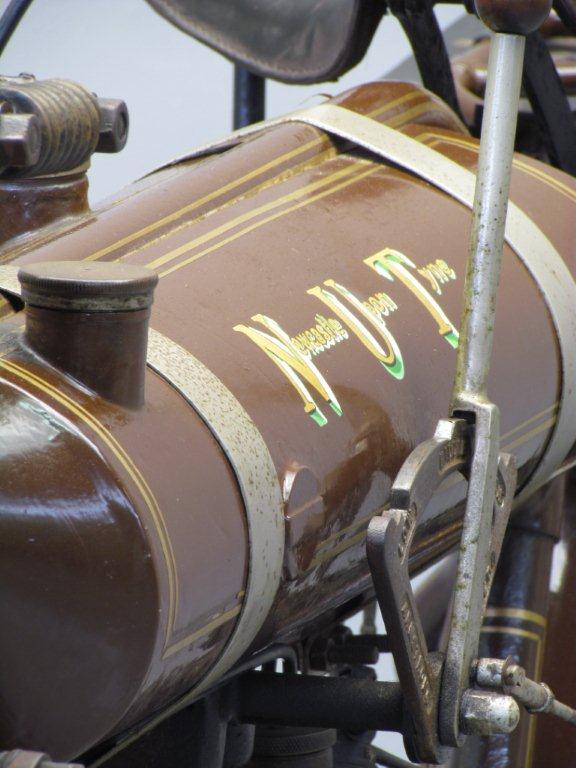 N.U.T. machines were manufactured from1912 till 1933 in the town of Newcastle Upon Tyne.
Remarkable features of the NUT were the round tank secured with metal straps and the finish in splendid brown colour.
The NUT must be one of the least-known makes to have won a TT race in the Isle of Man: the victory was recorded in the 1913 Junior TT  with Hugh Mason in the saddle.
This Hugh Mason was almost a “one man band” at NUT since he was not only the machine’s designer, but also chief test rider and racer.
In the 1913 TT Mason rode a model equipped with a 350 cc v-twin side valve JAP engine; 225 miles over rough roads with an average speed of about 44 miles per hour.
Second place was taken by a Douglas machine, whose rider needed one minute more to finish the race.
During World War 1 production was stopped for a number of years.
In the 1920s the company struggled on; they built excellent and well-finished machines, but there was much competition and in the early 1930s the company folded.
Today N.U.T.s are sought-after machines.
This  impressive veteran NUT is an older restoration and  is equipped with an Armstrong  3 speed hub gear with hand crank starter.