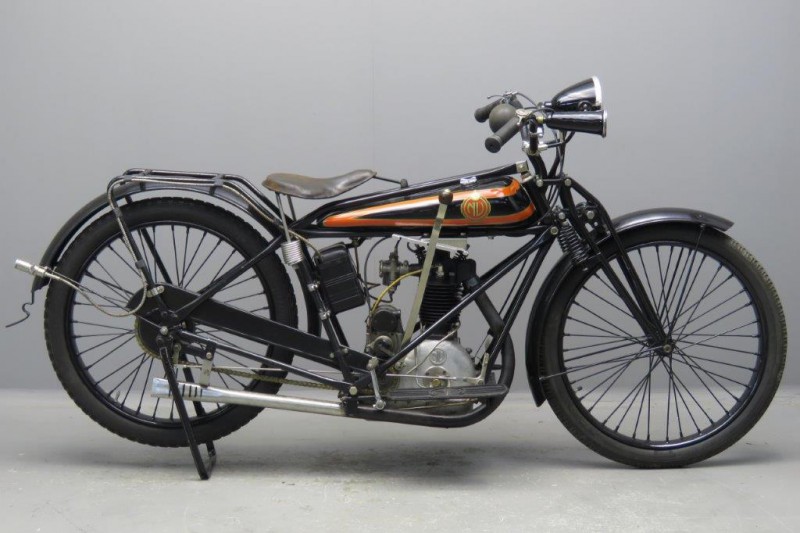 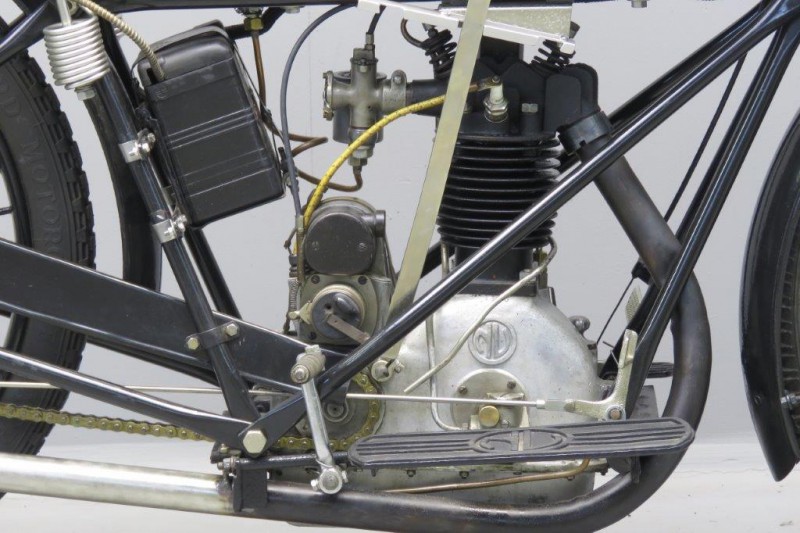 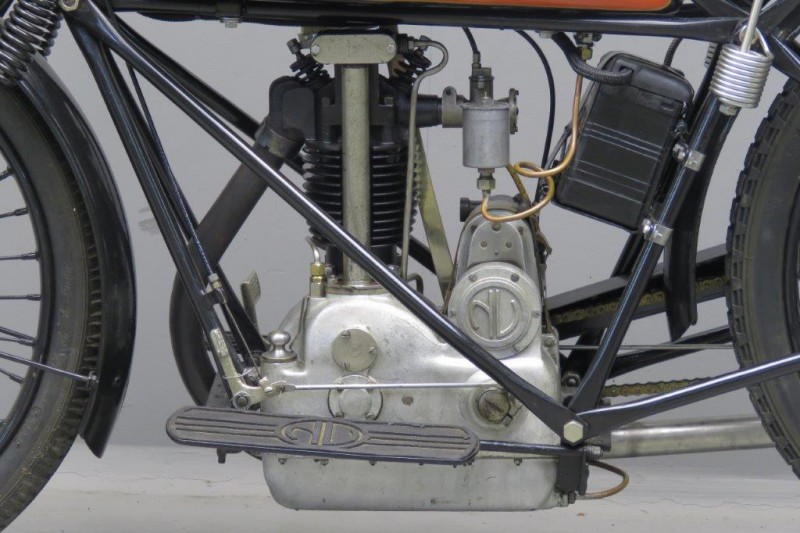 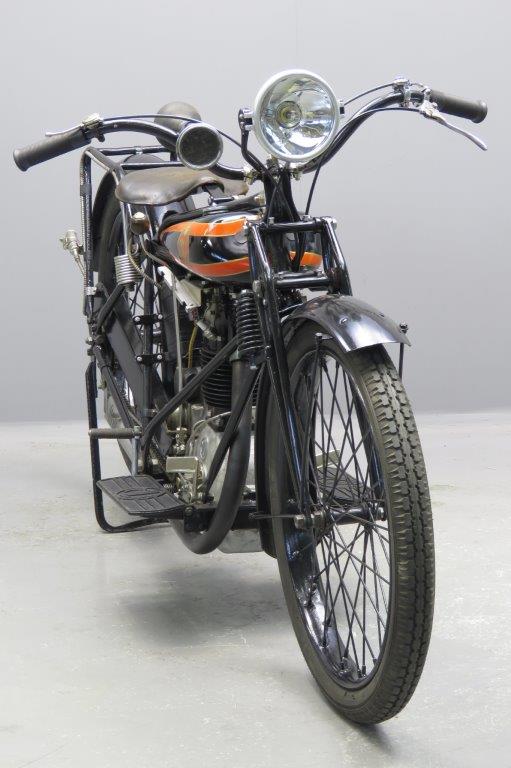 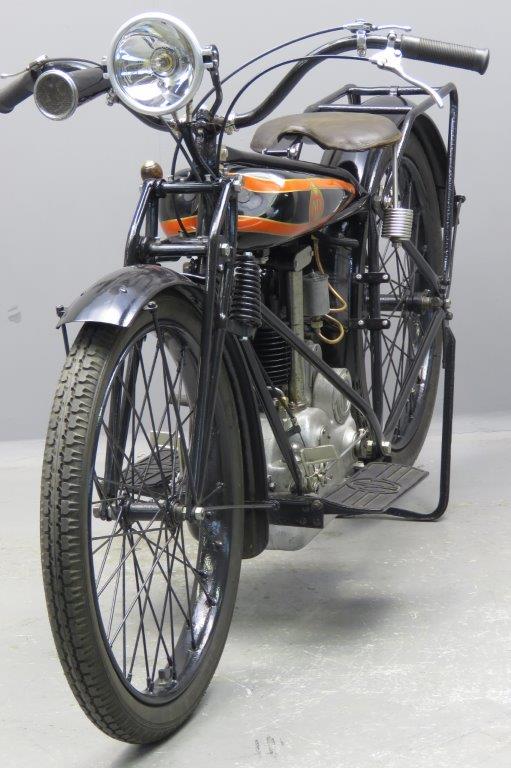 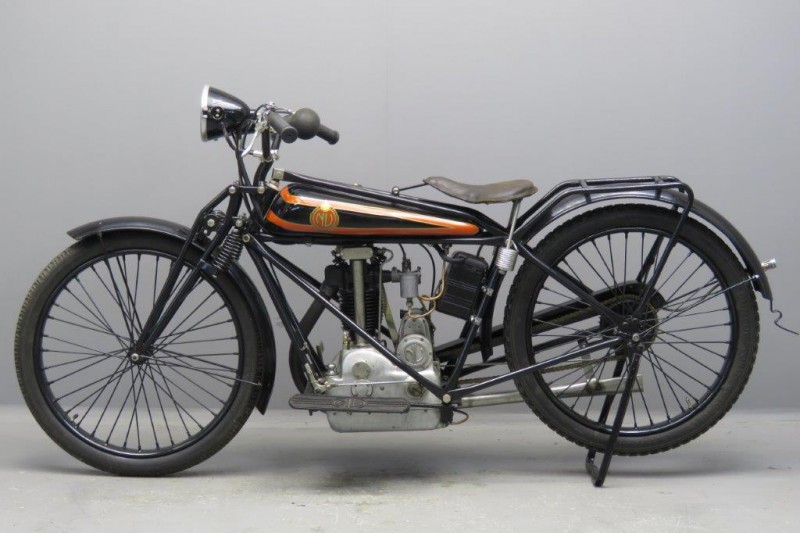 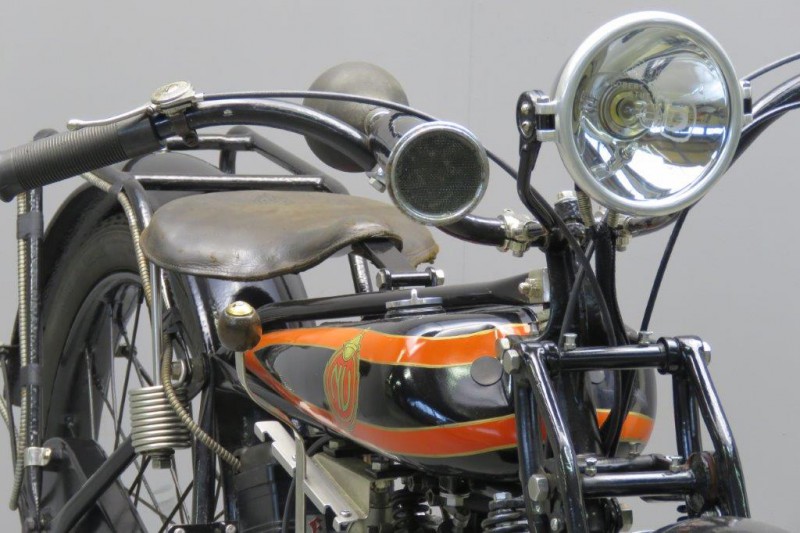 NV, short for Nymans Verkstäder (Nyman’s workshops) started motorcycle production in Uppsala Sweden in 1926.
Their first design attracted much attention. It was a fast 249 cc OHV motorcycle with unit construction engine and excellently designed “straight tubes” frame on the same lines as Francis Barnett had.
The 63 x 80 mm bore x stroke engine produced 8,9 HP @ 4500 rpm that gave the little machine a top speed of about 95 kilometres per hour.
The weight was a very decent 95 kilograms. In 1947 the company merged with some other companies to produce bicycles, light motorcycles and outboard engines.
From 1961 on NV has been part of the Monark group of companies.
This interesting machine is fitted with a Bosch lighting system  and a saddle bearing the “NV” initials.