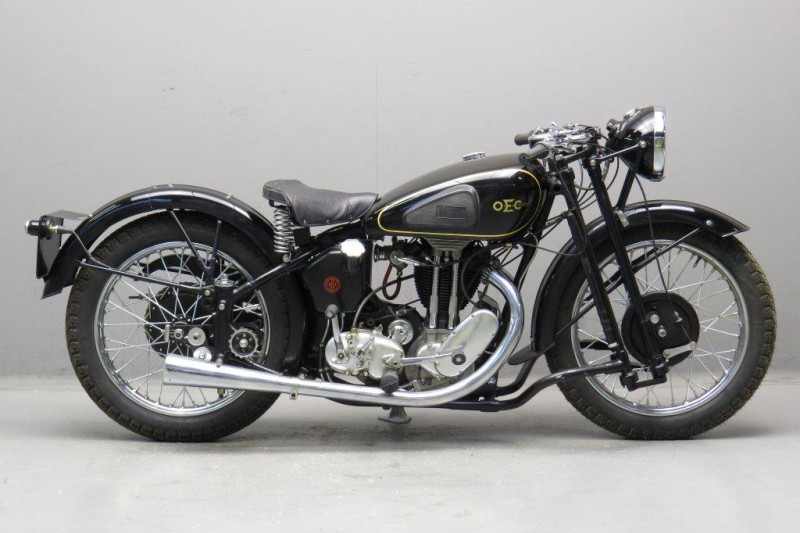 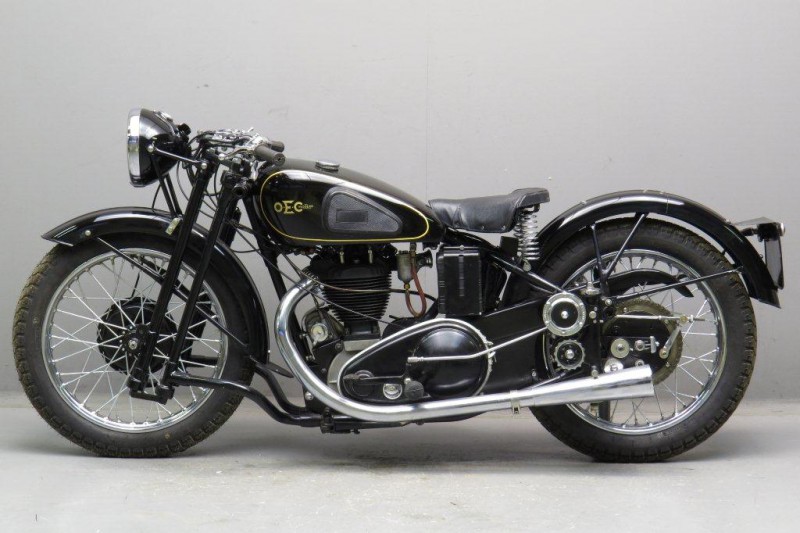 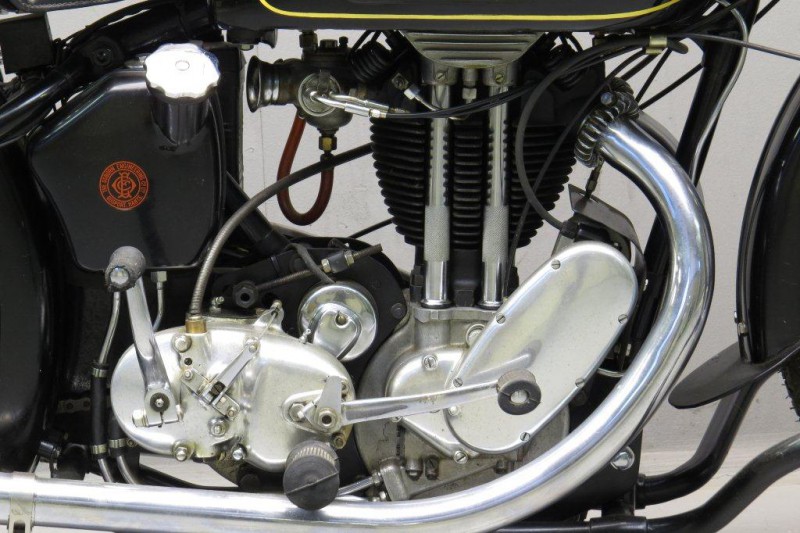 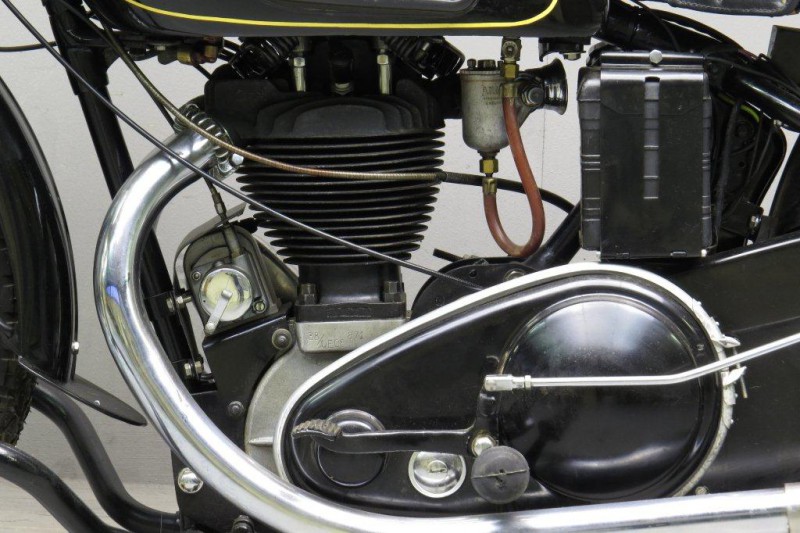 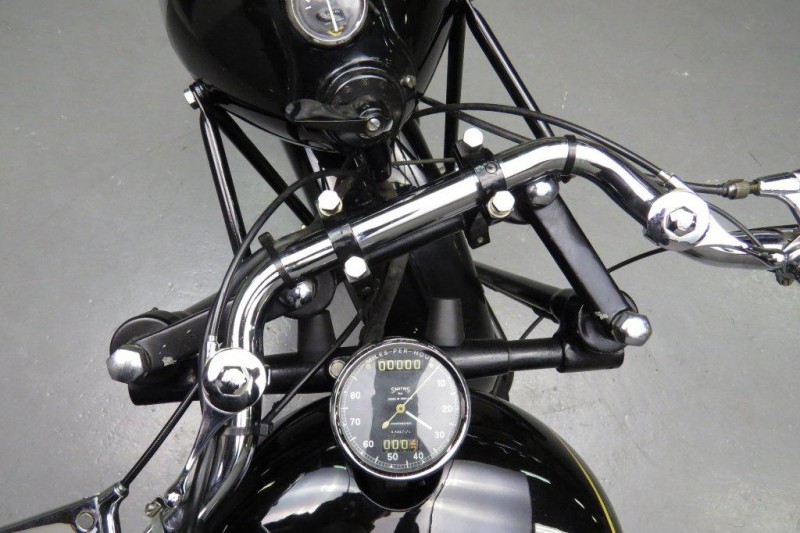 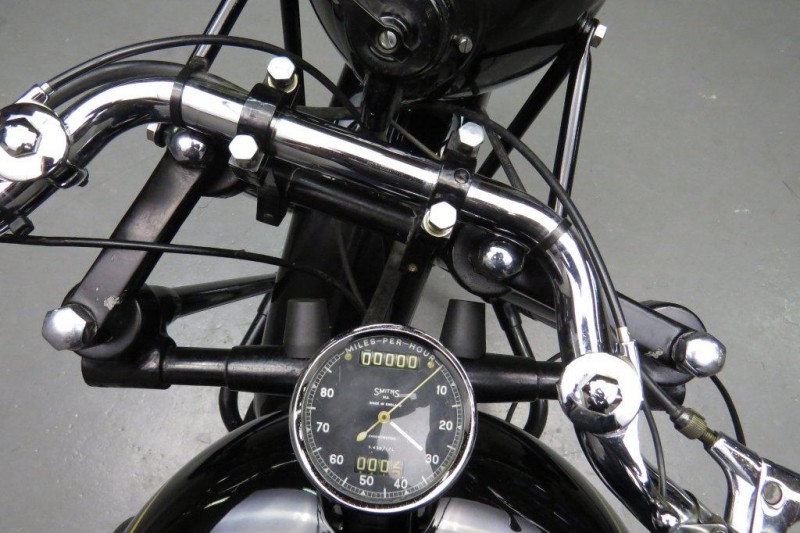 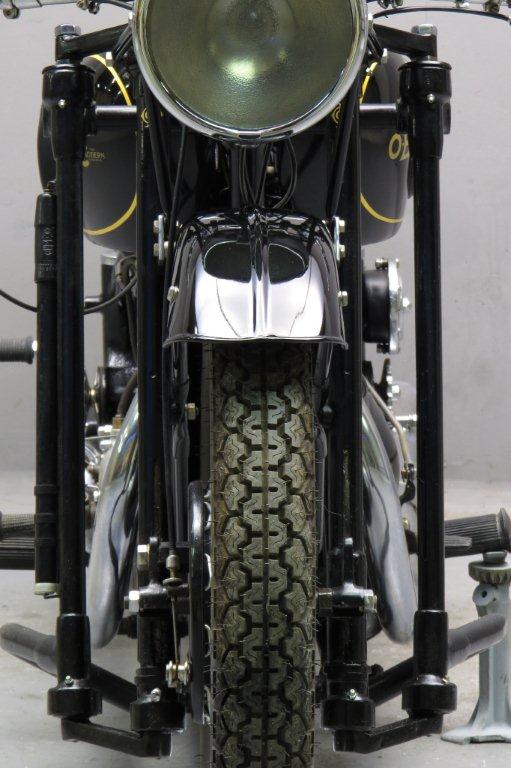 F J Osborn started out as an engineer by building a motorcycle from proprietary parts in 1901 for his own use.
After WW1 a company bearing his name was formed occupying a disused seaplane factory in Lees lane, Gosport, Hampshire.
The first motorcycles they constructed were sold as Blackburnes  and were fitted with proprietary engines made by Burney & Blackburne in Great Bookham, Surrey.
By 1921 Blackburne wanted to concentrate on engine manufacture and suggested to Osborn that henceforth the machines be sold as OEC Blackburnes.
The Osborn Engineering Company was in business with an interruption of a number of years till 1959.
In those years a vast range of models was produced, ranging from humble light two strokes to sporting big V-twins. OEC was very active in designing and building special frames for racing and record breaking machines.
A famous design was also the “duplex-steering spring-chassis”. It was introduced as “a new standard in two wheel stability” in 1927.
The idea was that the duplex “forks” would give superior steering and road holding.
To the same chassis one could have anything from a 250 single to a 1000 cc twin; in 1930 the World Speed Record was taken briefly by a duplex-steering OEC fitted with a supercharged 1000 cc JAP V-twin.
Top speed was 137.32 miles per hour!
This well running machine is equipped with rear suspension and  has been restored some time ago.