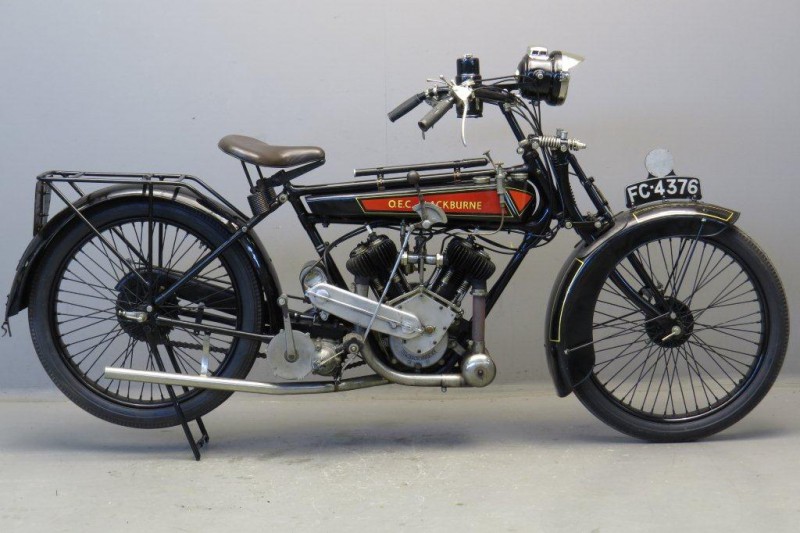 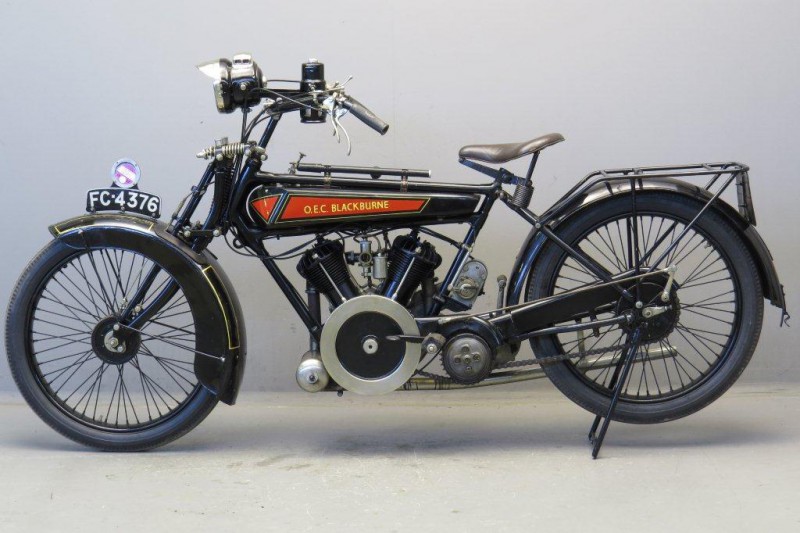 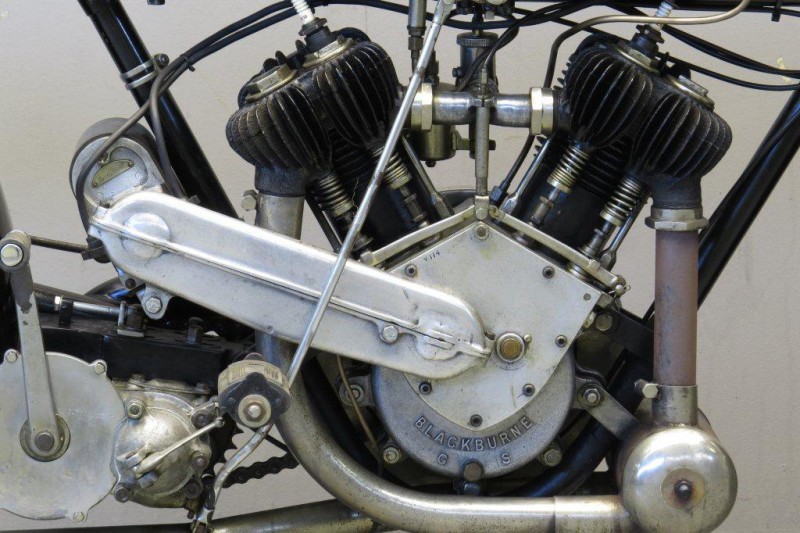 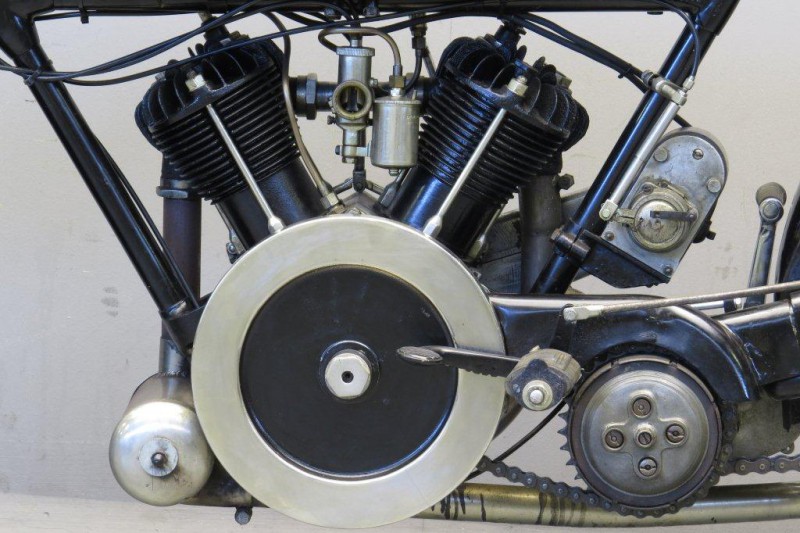 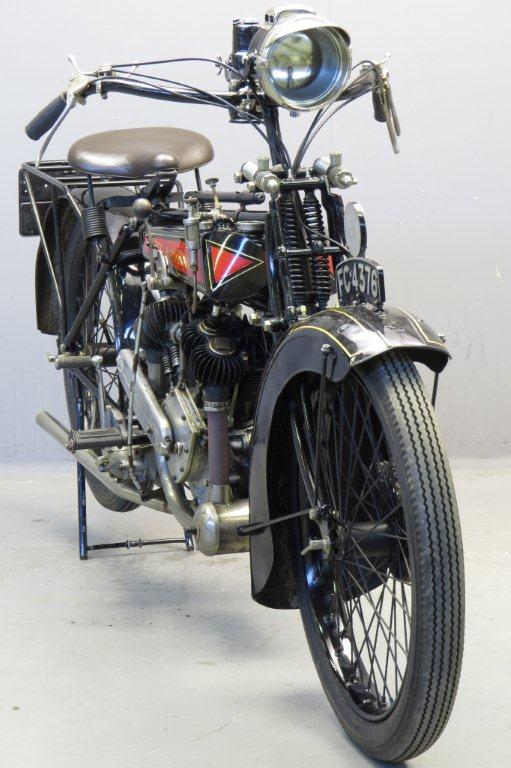 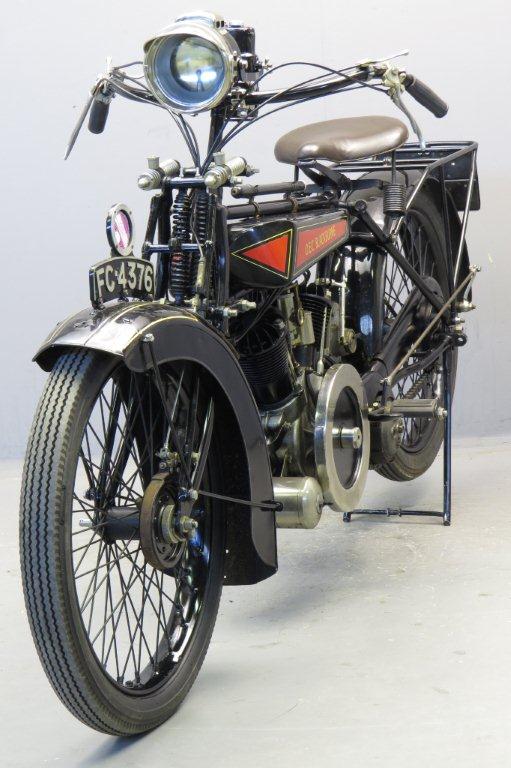 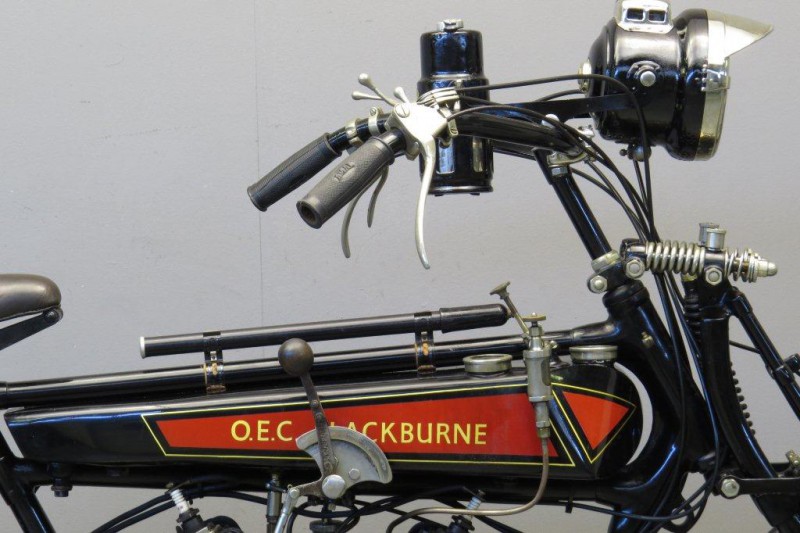 F J Osborn started out as an engineer by building a motorcycle from proprietary parts in 1901 for his own use.
After WW1 a company bearing his name was formed occupying a disused seaplane factory in Lees lane, Gosport, Hampshire.
The first motorcycles they constructed were sold as Blackburnes  and were fitted with proprietary engines made by Burney & Blackburne in Great Bookham, Surrey.
By 1921 Blackburne wanted to concentrate on engine manufacture and suggested to Osborn that henceforth the machines be sold as OEC Blackburnes and the contemporary adverts mention this.
This  machine, one of the earliest  surviving  Blacburnes,  is not  the “standard”  8HP 1000cc type but the much rarer 10HP 1100cc version: it’s the only one  in existence  as far as the OEC Marque Specialist’s  records show.
The 8HP (1,000cc) twin was virtually identical apart from the engine’s shorter stroke (88mm as opposed to the 10HP’s 96.8) and was  £2 cheaper than its larger sibling. Both were available as a complete motorcycle combination at extra cost.
“FC 4376”  was restored lightly when found in the 80s and is a genuine machine, remarkably original  and correct  and most certainly not assembled from parts.
This early v-twin OEC is a sturdy machine with 28 x 3 tyres, Brown & Barlow carburettor and Thomson-Bennett magneto.
The front brake is of the contracting band type,  the rear brake is internal expanding.
The mighty engine has a characteristic outside flywheel.
The machine   was first registered on February 15, 1922 and is a well-sorted older restoration.