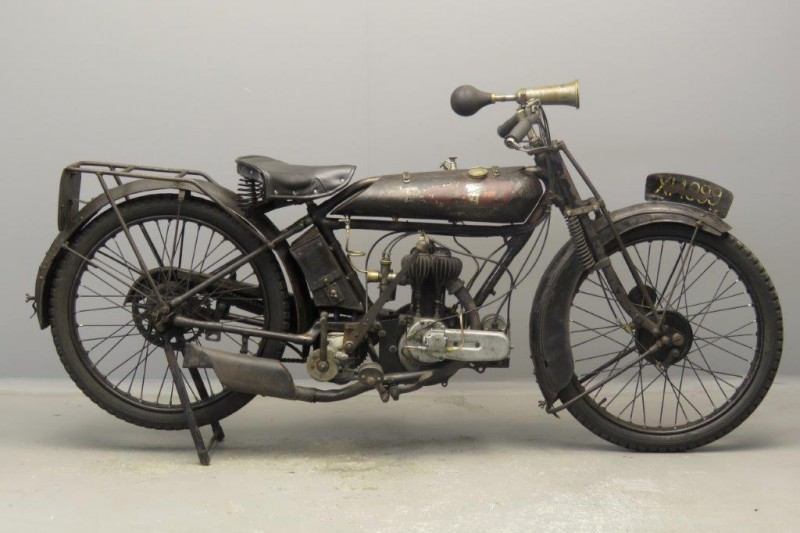 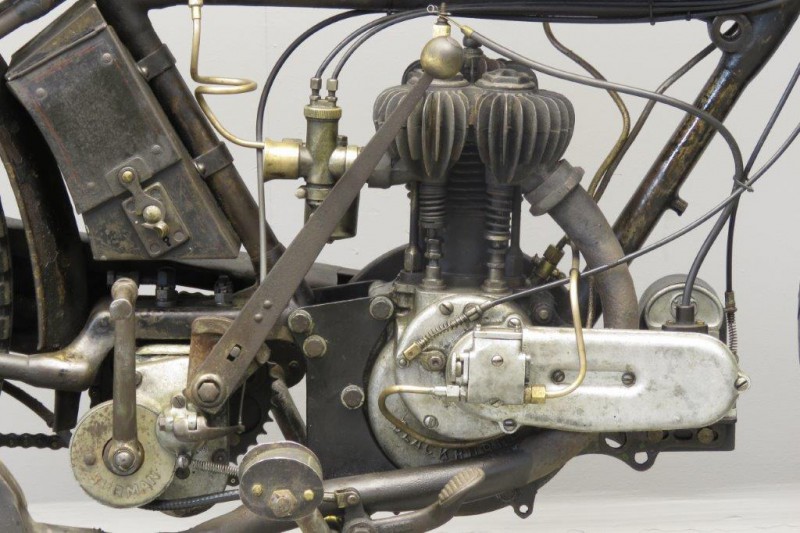 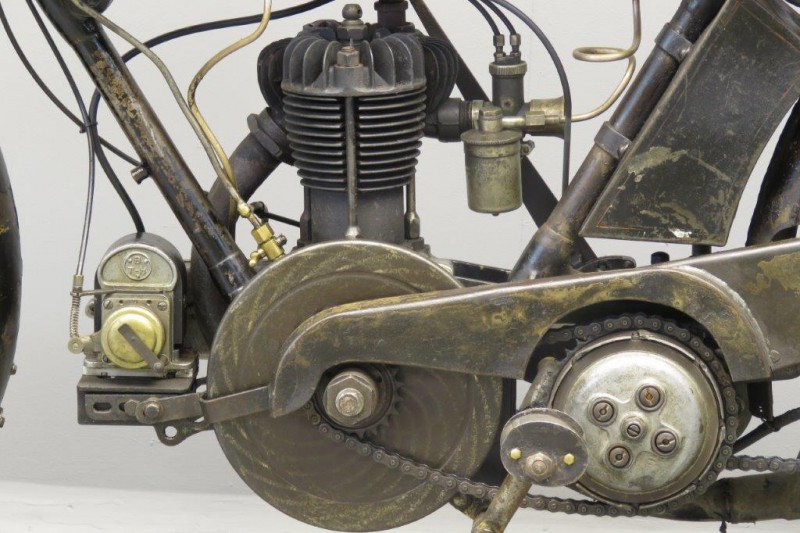 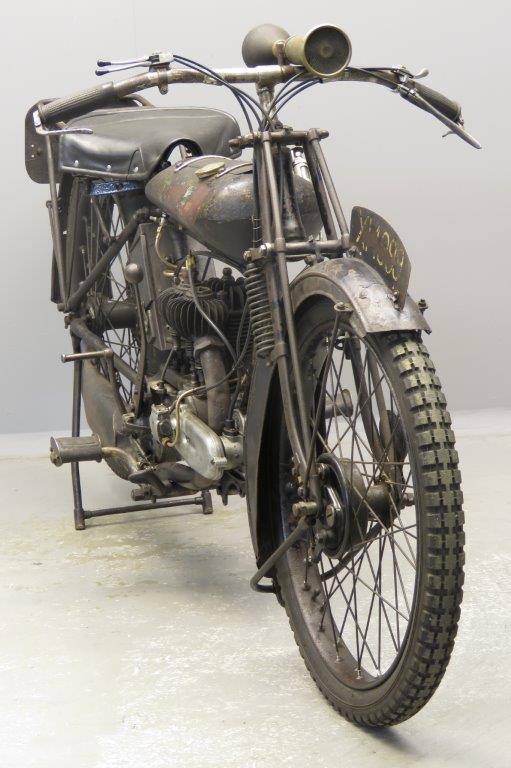 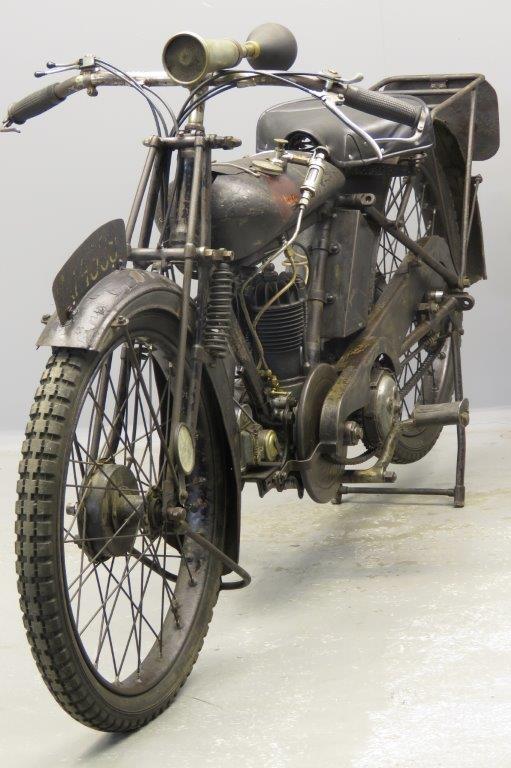 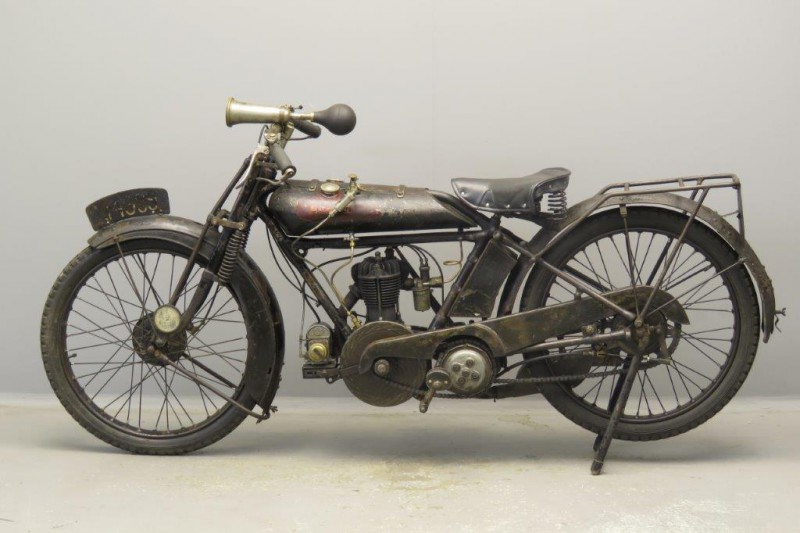 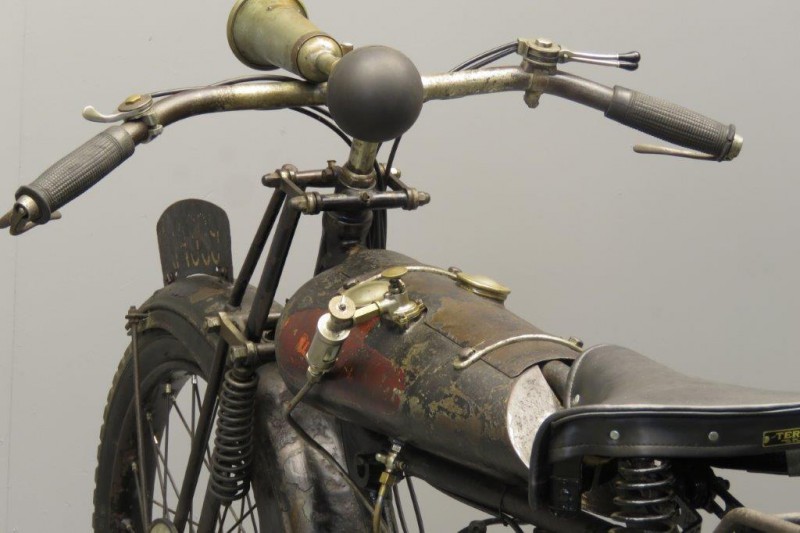 The Osborn Engineering Company  was in business with an interruption of a number of  years from 1901 to 1954.

In those years a vast range of models was produced, ranging from humble light two strokes to sporting big V-twins.
OEC was very active in designing and building special frames for racing and record breaking machines.
A famous design was also the “duplex-steering spring-chassis” ,  an invention of John Osborn.
It was introduced as “ a new standard in two wheel stability” in 1927.
The idea was that  the  duplex “forks”  would give superior steering and road holding.
To the same chassis one could have anything from a 250 single to a 1000 cc twin; in 1930 the World Speed Record was taken briefly by a duplex-steering OEC fitted with a supercharged 1000 cc JAP V-twin.
Top speed was 137.32 miles per hour!
The models before 1927 all had  conventional forks such as this unrestored example.
It is equipped with a handsome and sturdy outside-flywheel 71 x 88  Blackburne power source and a Burman 3-speed hand change gearbox.
The machine was originally registered in Ulster and was discovered in a barn in the 1960’s.
It changed hands several times before it got a full mechanical overhaul by a Blackburne specialist some years ago.
He reports the bike is a delight to ride and generates much interest wherever she shows up.
Download PDF
x