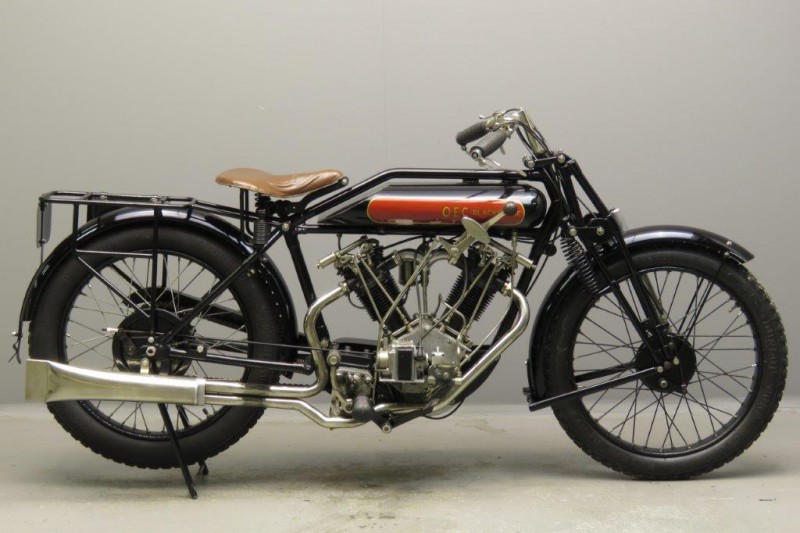 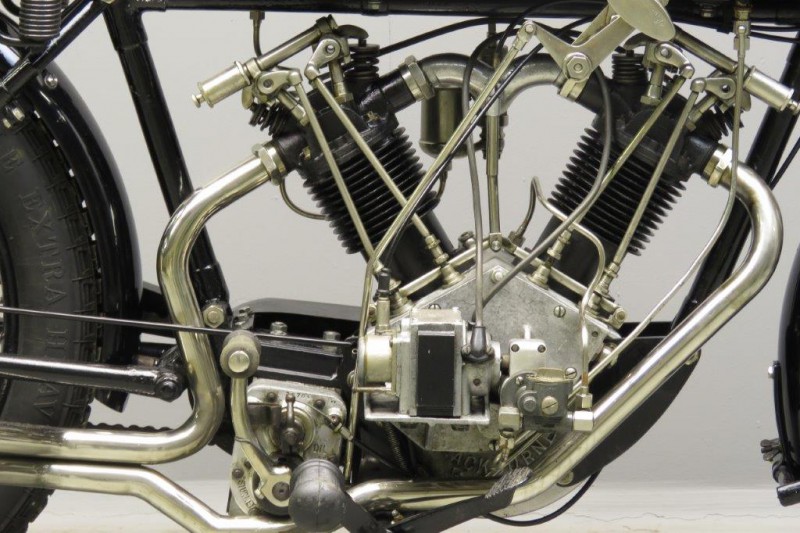 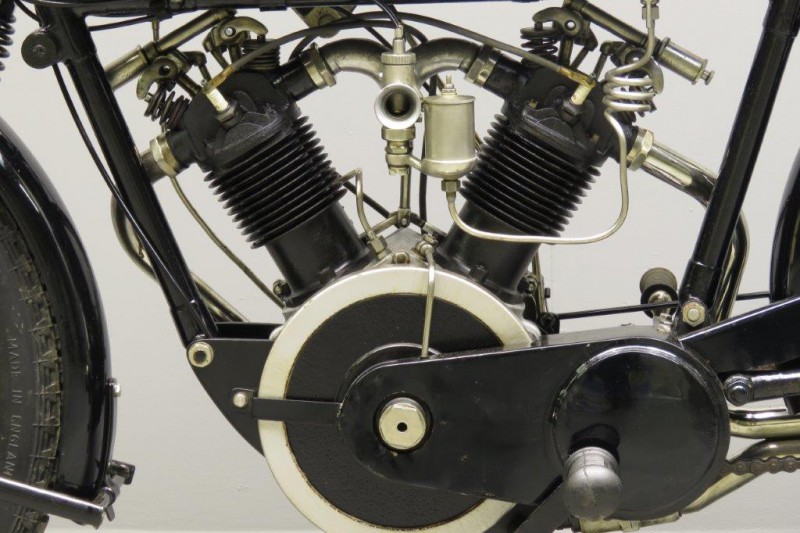 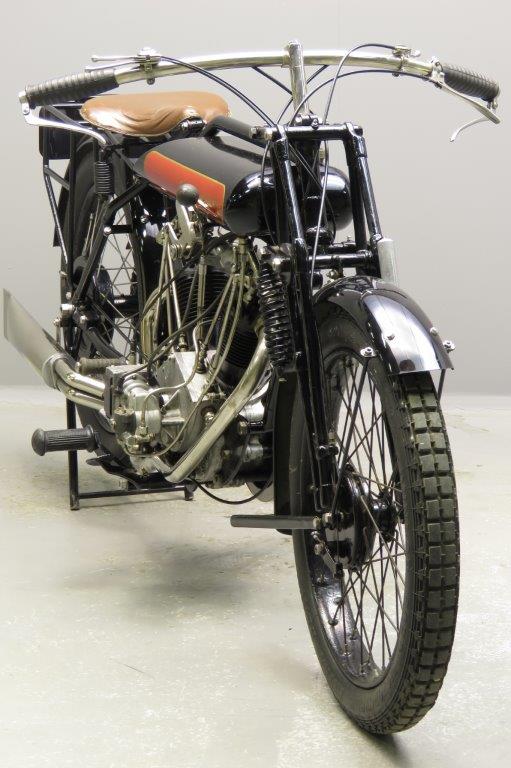 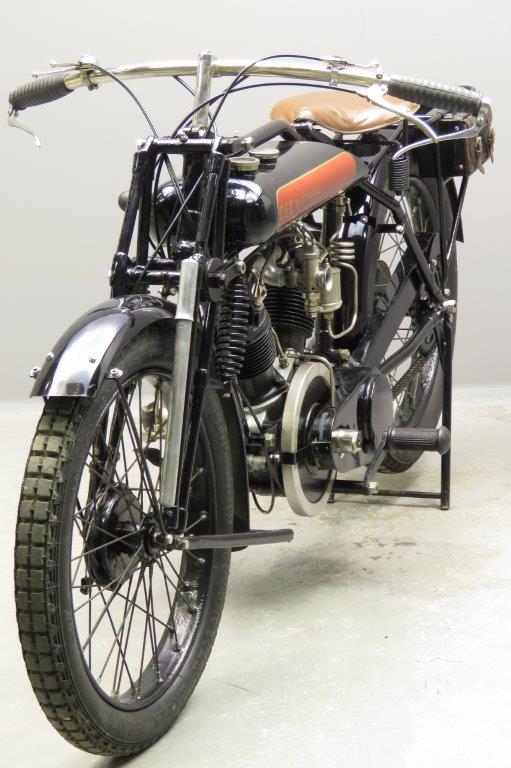 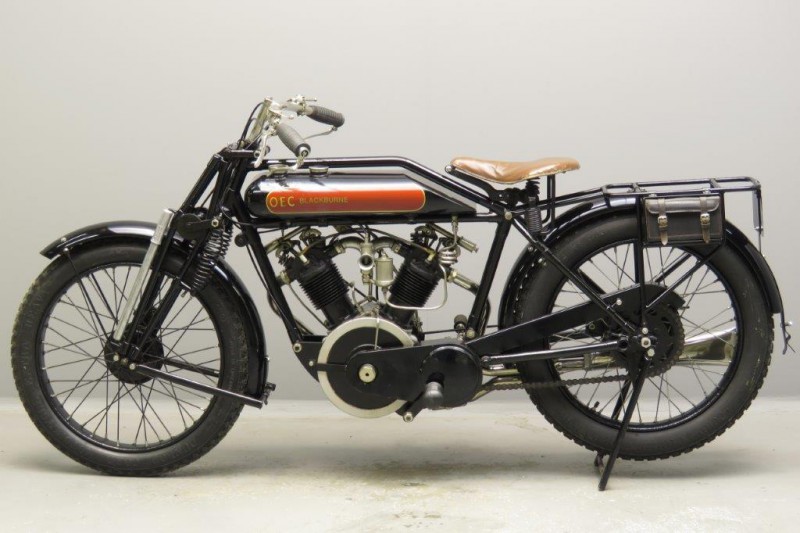 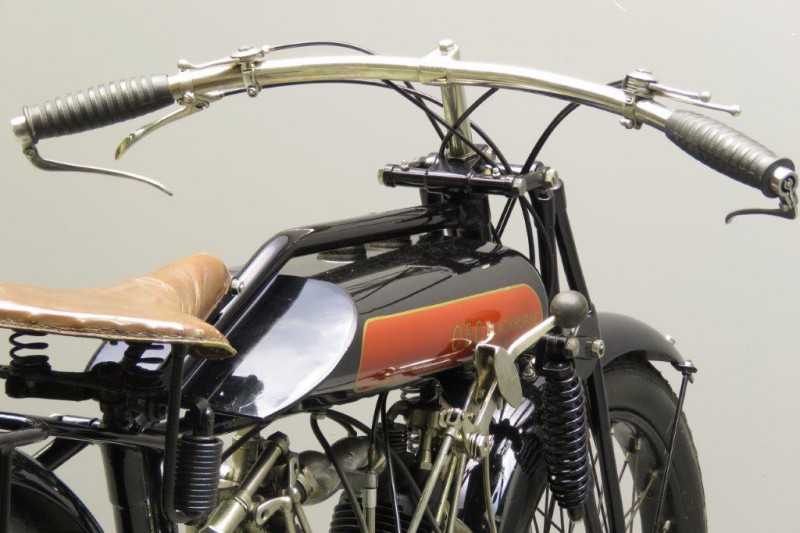 The Osborn Engineering Company was in business with an interruption of a number of years from 1901 to 1954.
F J Osborn started out as an engineer by building a motorcycle from proprietary parts in 1901 for his own use.
After WW1 a company bearing his name was formed occupying a disused seaplane factory in Lees Lane, Gosport, Hampshire.
The first motorcycles they constructed were sold as Blackburnes and were fitted with proprietary engines made by Burney & Blackburne in Great Bookham, Surrey.
By 1921 Blackburne wanted to concentrate on engine manufacture and suggested to Osborn that henceforth the machines be sold as OEC- Blackburnes and the contemporary adverts mention this.
In the mid twenties the models ranged from a 350 cc side valve single to a 1096 cc side valve v –twin.
The fastest model was the 5/7 H.P. OHV Twin “Standard Sports” that was equipped with a powerful 60 degree ohv v- twin Blackburne engine with bore x stroke dimensions of 71 x 88 mm that would cater for a top speed of about 80 mph.
With special tuning a speed of 90 mph was promised in the 1924 brochure.
The handsome motorcycle we offer here is based on the mid-twenties 5/7 HP.
We refer to it as a “Special” because it did not leave the factory as it is, but was assembled from parts (not all OEC) over 30 years ago.
This mighty machine is an older restoration and comes with Sturmey Archer three speed gearbox, ML magneto and AMAC carburettor.
It has a current UK V5 vehicle registration document.