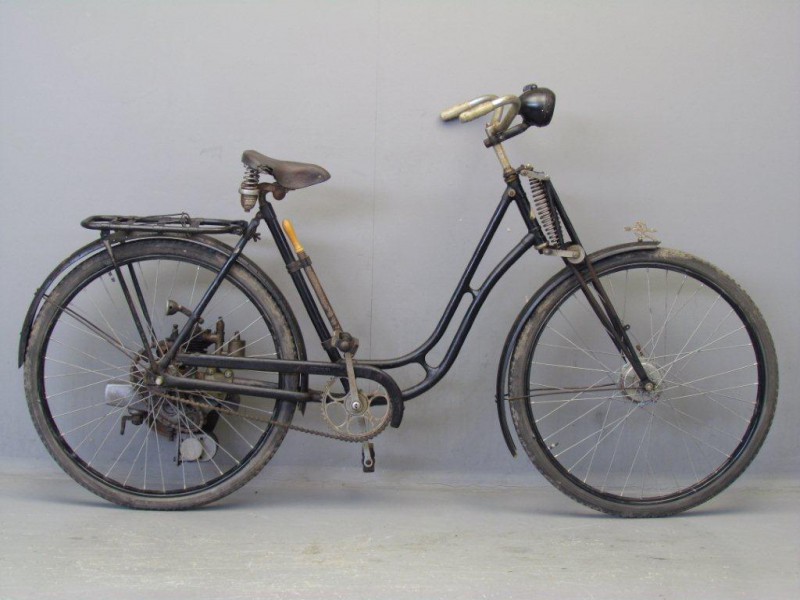 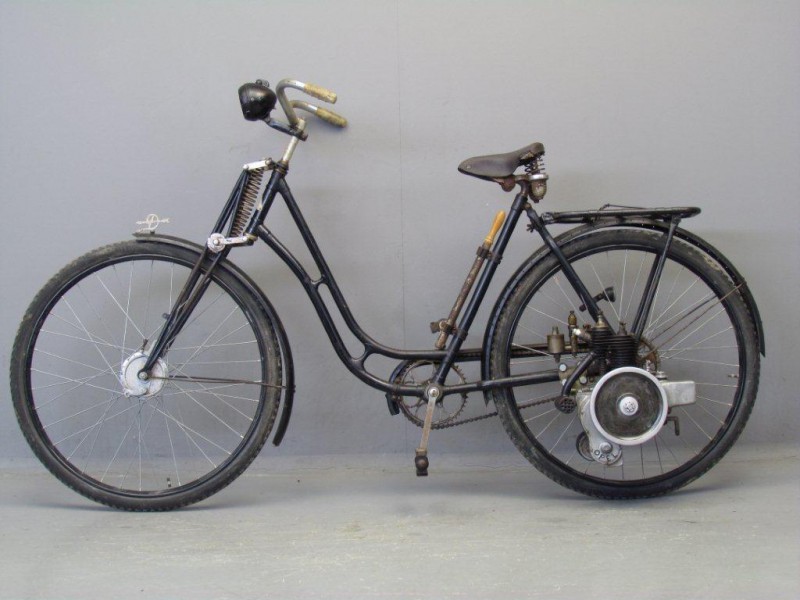 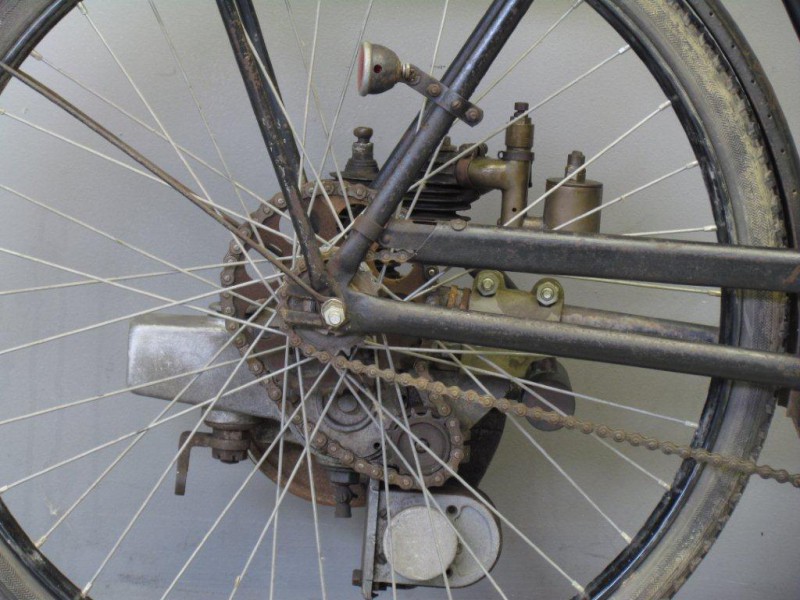 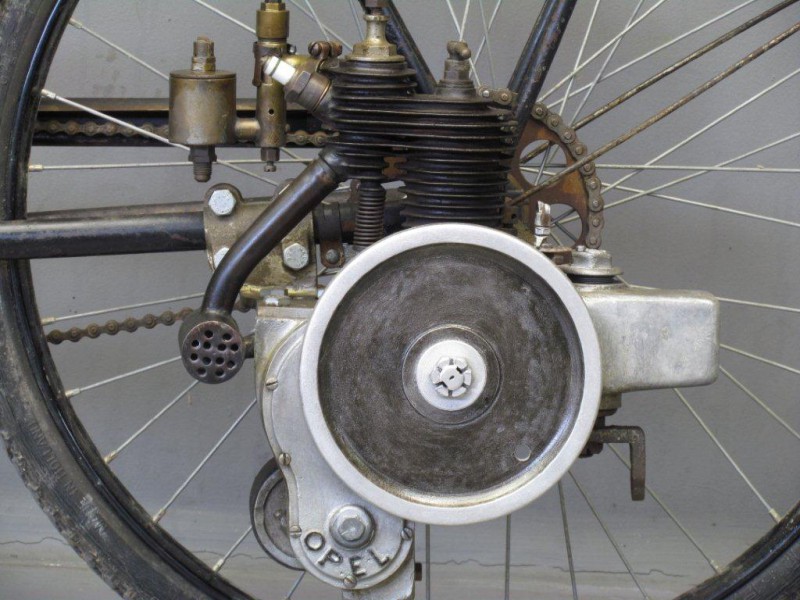 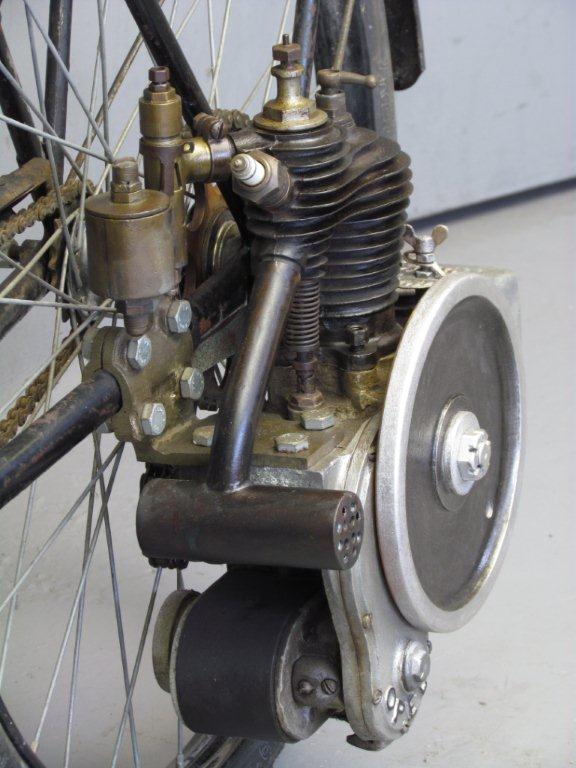 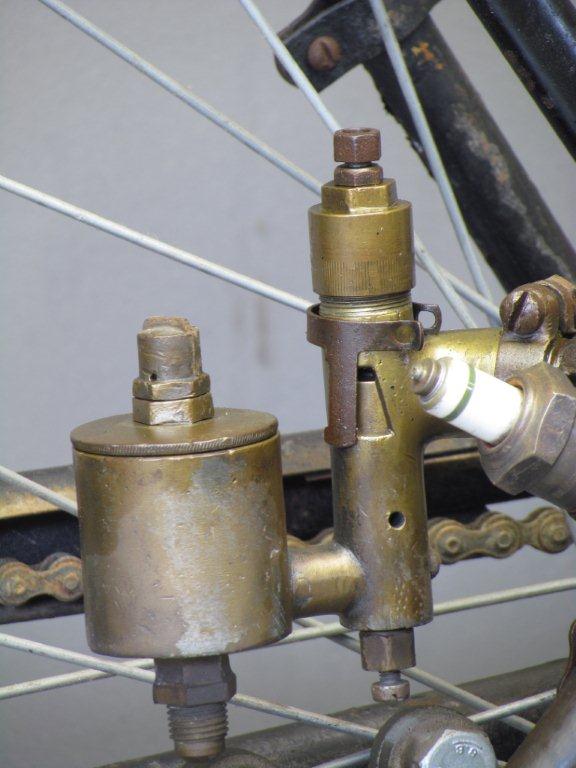 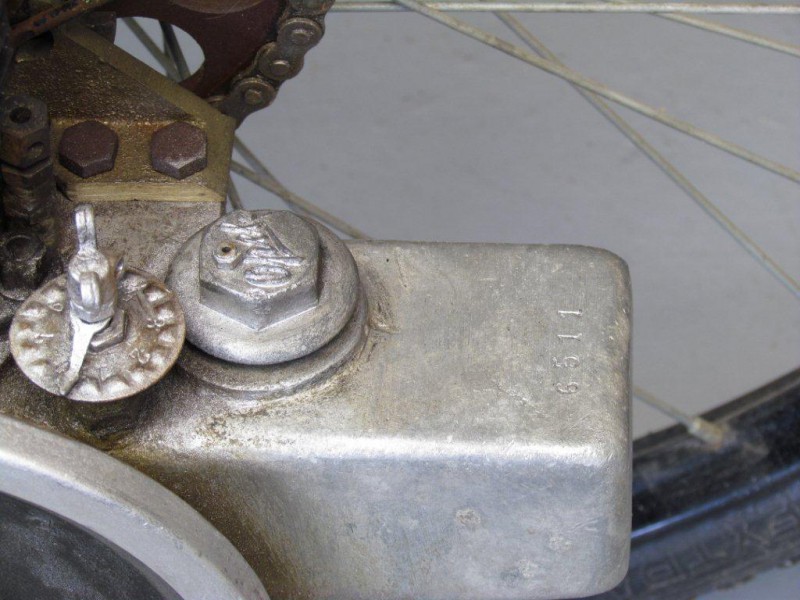 Adam Opel’s company was situated in Rüsselsheim am Main  in  Germany  and among its products were sewing machines, bicycles, cars and motorcycles.
The latter products were made  in three periods:  for some years in the early 1900s,  then from 1919 till halfway the twenties and finally from 1928 till 1930.
Plans for a light motorcycle had been laid out before the War but only in 1919 the company was able to market their “Motorfahrrad” ( “Motor bicycle” )
It was a complete design, the engine was not available as a loose unit.
There seems to be no official link with the Wall Autowheel, but the Opel designers most likely  had a good look at Mr. Wall’s brainchild.
Drive to the rear wheel is by chain from the camshaft; originally the intake valve was automatic, from 1922 the valve  was mechanically operated.
In that year the  “Opel” name  moved from the flywheel to the crankcase and the magneto is moved from behind the engine to underneath it. Bore and stroke are 57×55 mm, giving a capacity of 140 cc.
The first model with automatic inlet valve were rated at 1.1 HP, the later models gave 1.6 HP.
Production ended in  1925.
Top speed should be around 25 mph.
This rare Opel engine has been bolted to a quality vintage Dürkopp  cycle and  is in need of  a full restauration.