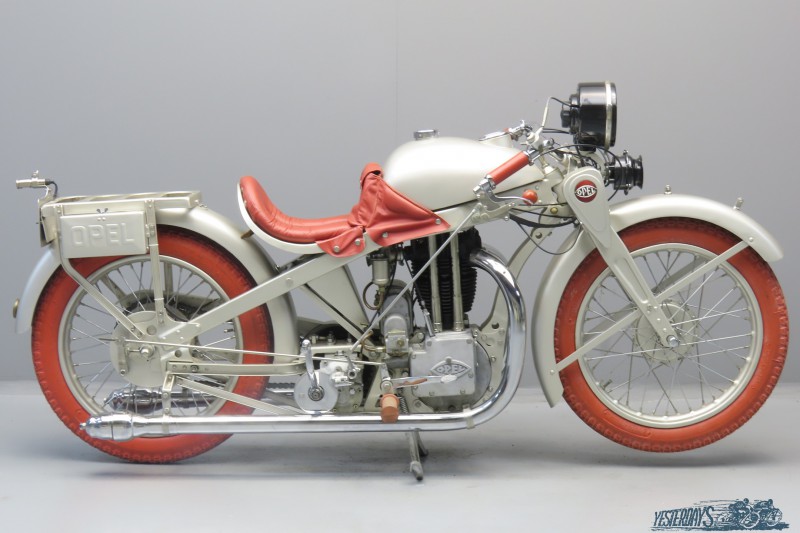 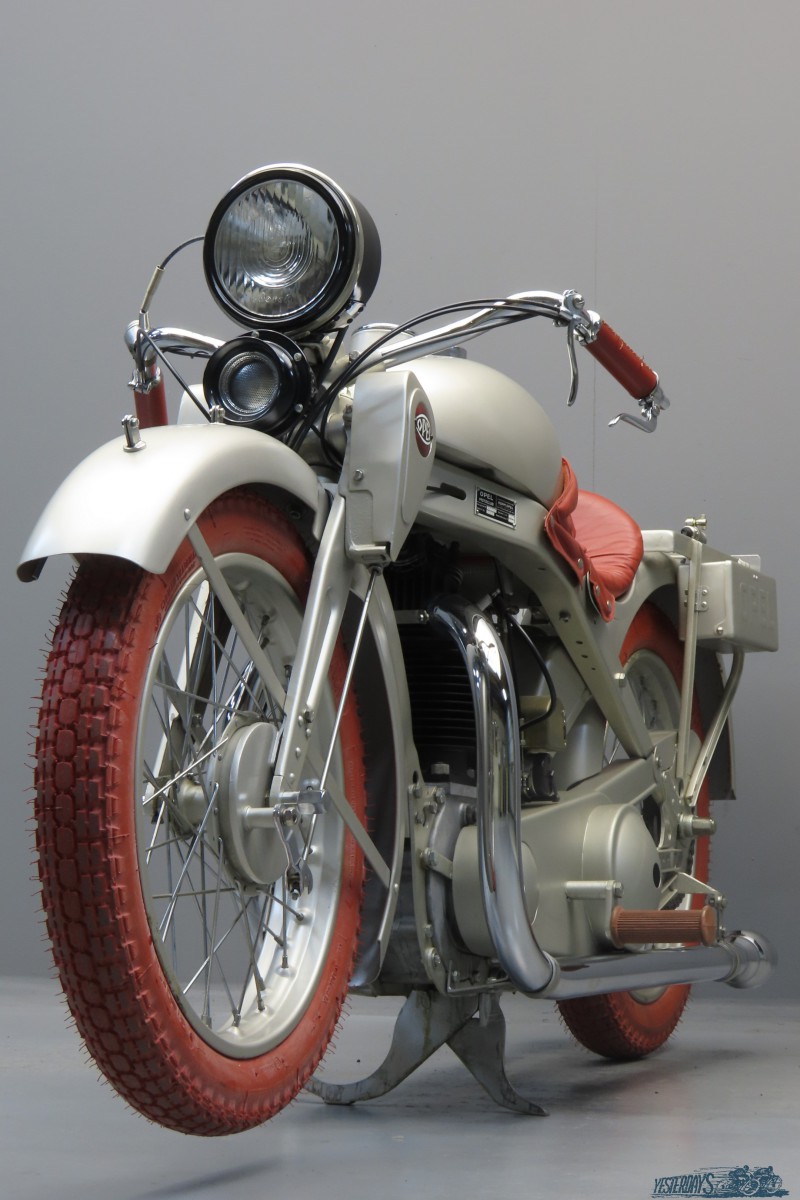 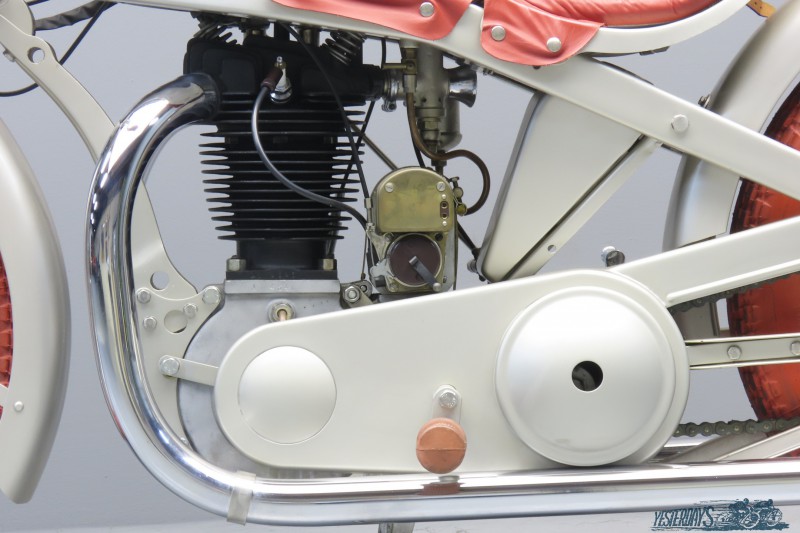 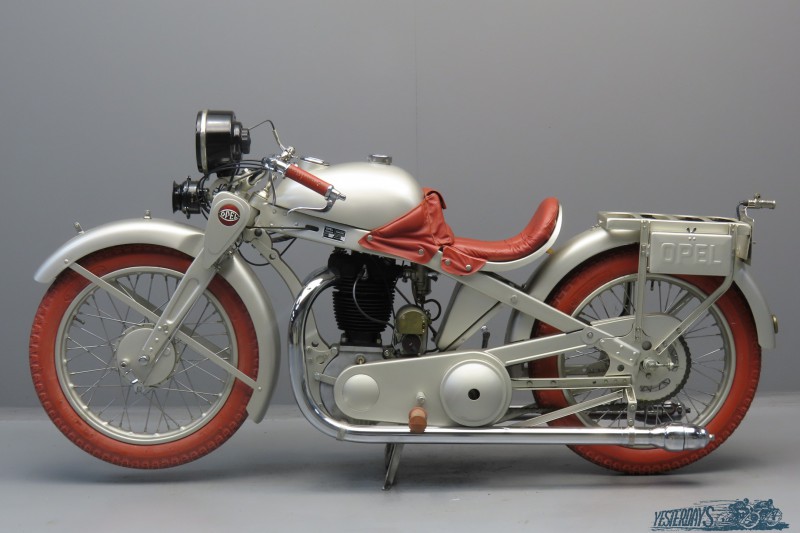 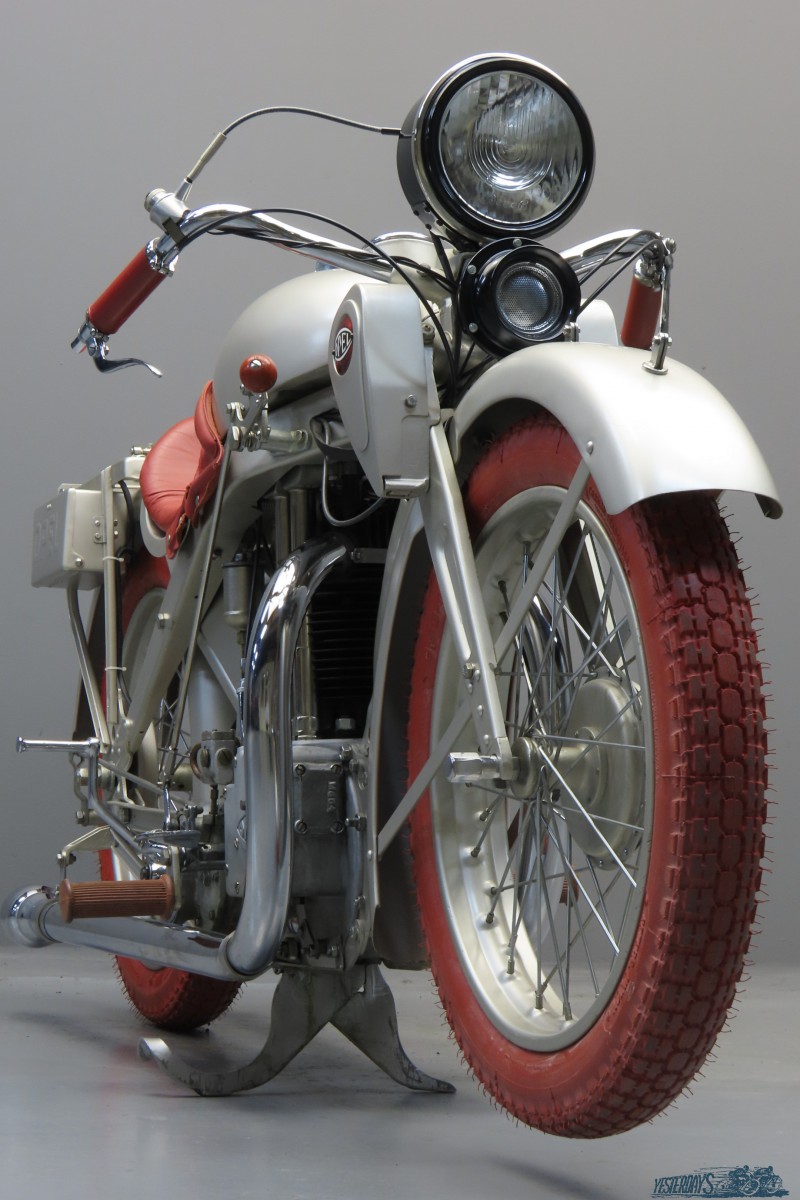 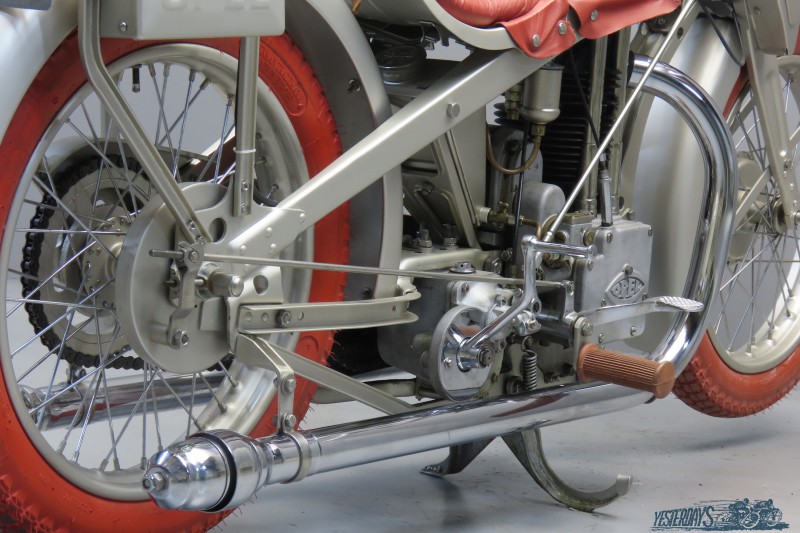 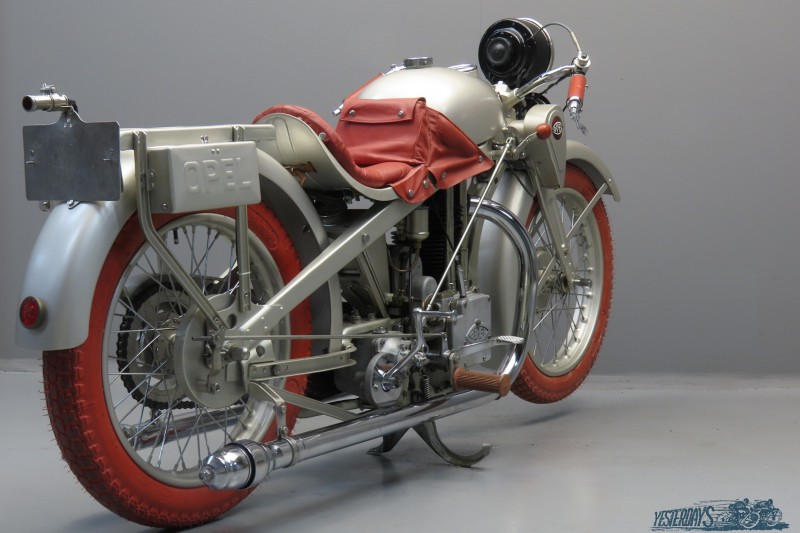 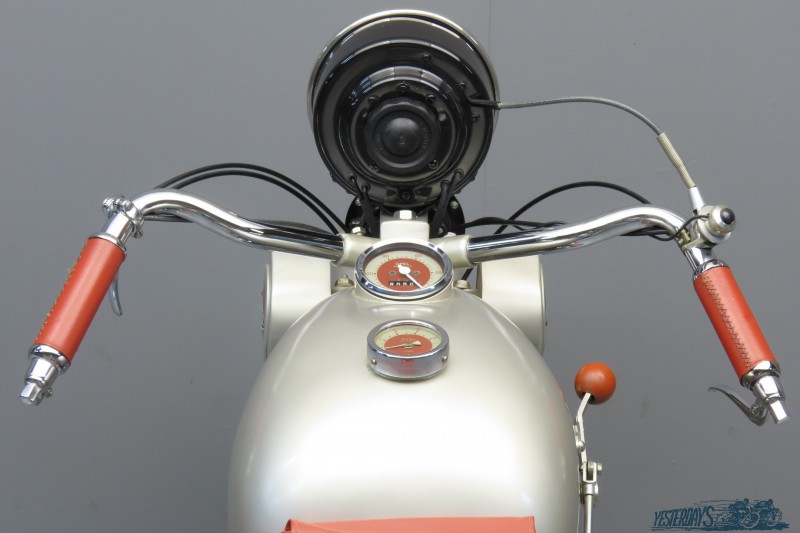 Adam Opel’s company was situated in Rüsselsheim am Main in Germany and among its products were sewing machines, bicycles, cars and motorcycles. The latter products were made in three periods: for some years in the early 1900s, then from 1913 till halfway the twenties and finally from 1928 till 1930. At the Berlin Automobile and Motorcycle show in 1928 Opel stuns the motorcycle folk with the display of two very extravagant looking machines. Frame, front suspension, tank, saddle and handlebars are unorthodox to say the least. This, combined with the cadmium plated matt silver finish of all metal parts and the bright red components like saddle, tyres, handlebar grips, foot rests and kick-start rubber makes for an awesome sight. The design itself is not Opel’s. The company has secured the production rights of the rolling motorcycle chassis system of the very unorthodox and multitalented Ernst Neumann-Neander. One of the great advantages, Neumann-Neander claims, is that his pressed steel frame construction makes it possible to reduce the assembly time of a motorcycle from between 20 to 25 man hours to no more than four man hours. Other features are short, vertically placed leaf springs, great accessibility of all parts and comfortable seating for the rider. The seat rests on a pair of small leaf springs and can swing upwards to give access to the oil tank filler cap. Both carburettor and ignition are controlled by twist grips. Opel offers OHV and SV versions of the 499cc power source that is developed and built by the company itself. The oil pump is driven from the magneto drive gear. Production lasts till 1930. This powerful ohv has square bore x stroke dimensions of 86mm, delivers 22hp and weighs 135kgs. She comes with Bosch ignition and lighting, tank top speedometer, petrol level indicator in filler cap, centre stand and photostat copy of 1929 parts list. Note the striking design of the two short exhaust dampers.

This rare and unconventional machine has been restored and is in great shape.