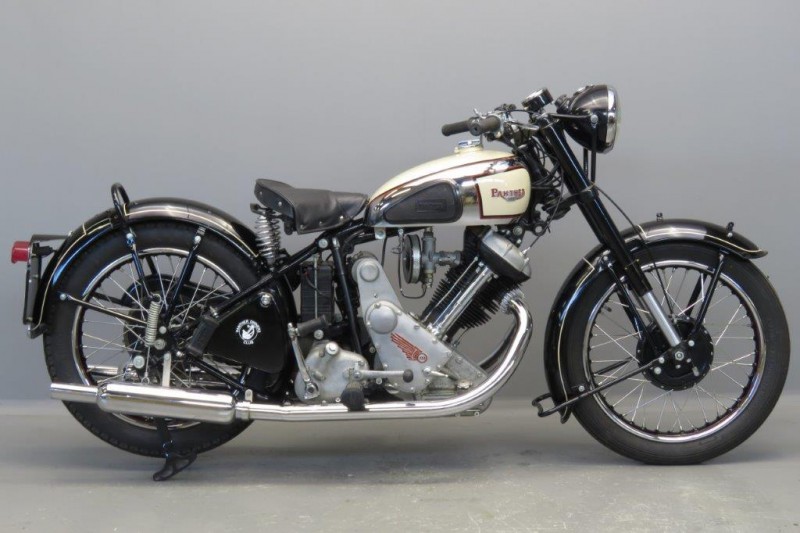 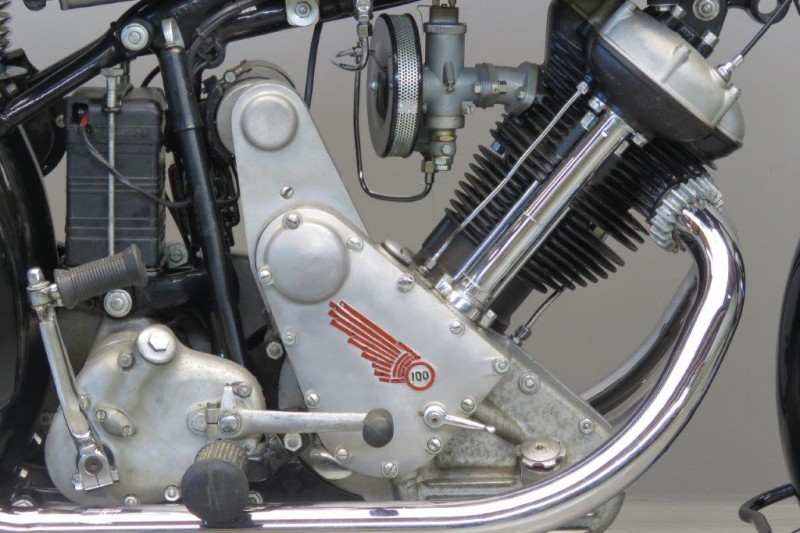 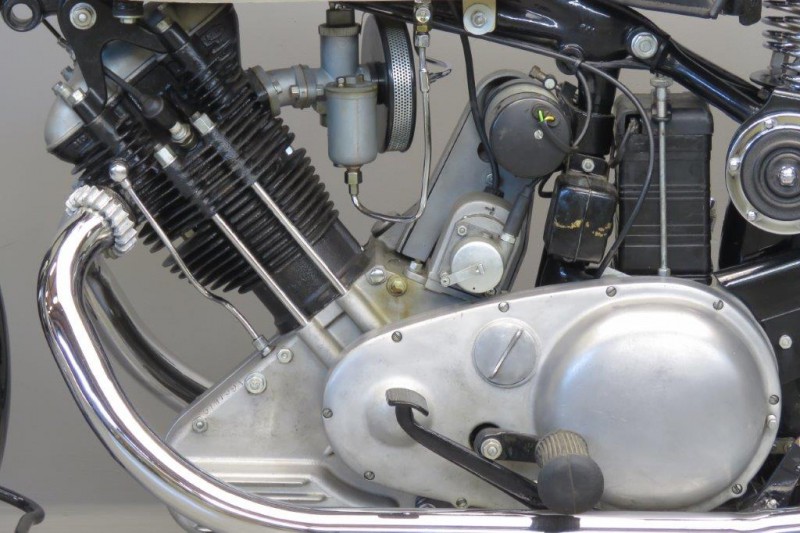 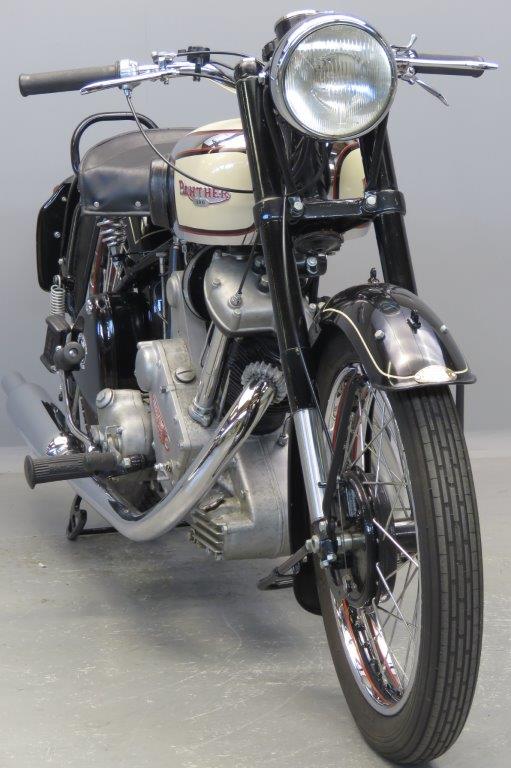 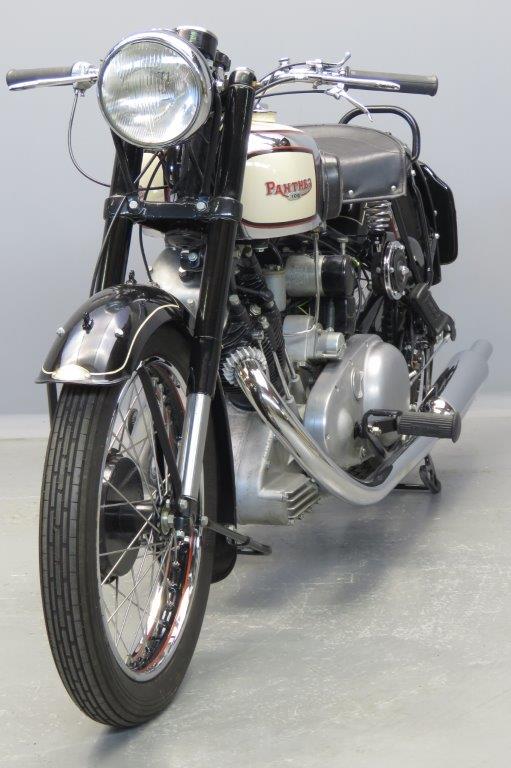 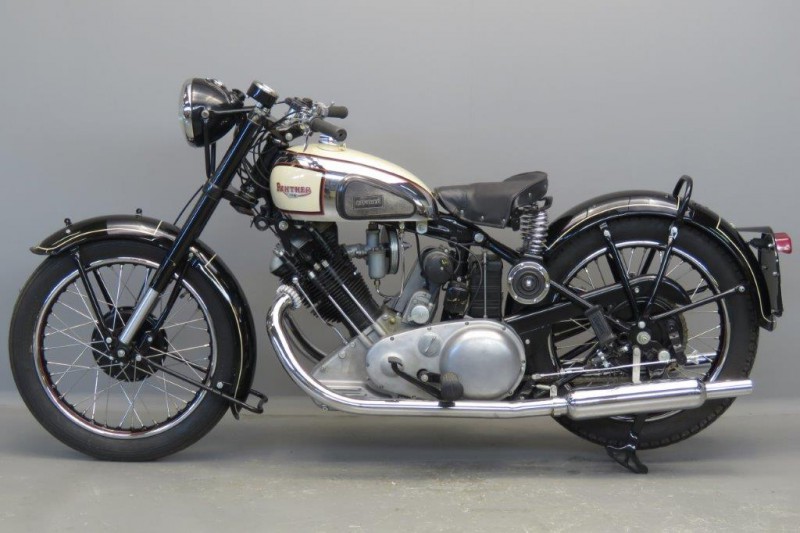 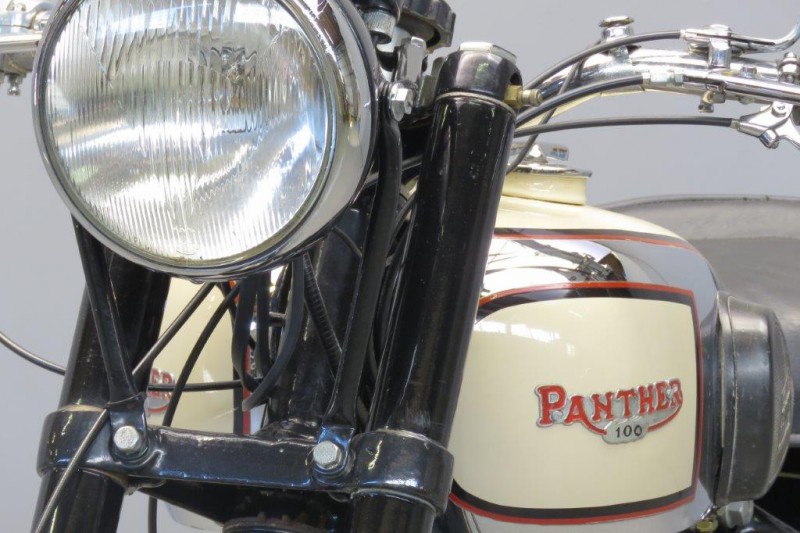 In 1932, the Panther Model 100, an OHV 600cc single, was launched.
This heavyweight single ‘sloper’ was the epitome of the big British banger ‘firing once every lamp post’. Promoted as ‘The Perfected Motorcycle’, it was noted for innovation for most of its history.
The Panther company’s most famous product was the giant sloper single ‘Model 100’, which would haul anything which needed moving, provided it would fit in, or on, a sidecar.
The Panther 100 remains a very handsome and torque-soaked machine. Its build quality remained a benchmark for decades and its simple and fairly robust powerplant continues to inspire enormous enthusiasm in its owners.
These factors, combined with relatively low cost, make the Panther a rare and desirable classic.
The Panther Model 100 has a 598 cc, 6.5:1 compression ratio, 87 mm × 100 mm (3.43 in × 3.94 in), OHV sloping engine in a frame where the engine replaces the front down-tube.
While the engine and overall layout stayed essentially the same, the specifications steadily evolved over these thirty or so years.
Panthers were manufactured from 1900 to 1967.
The handsome tank paint scheme for 1946-51 was chrome with cream panels.
Due to the sturdiness and reliability, a fair number of Panthers are still in use.
This example has been restored and well maintained over the years.