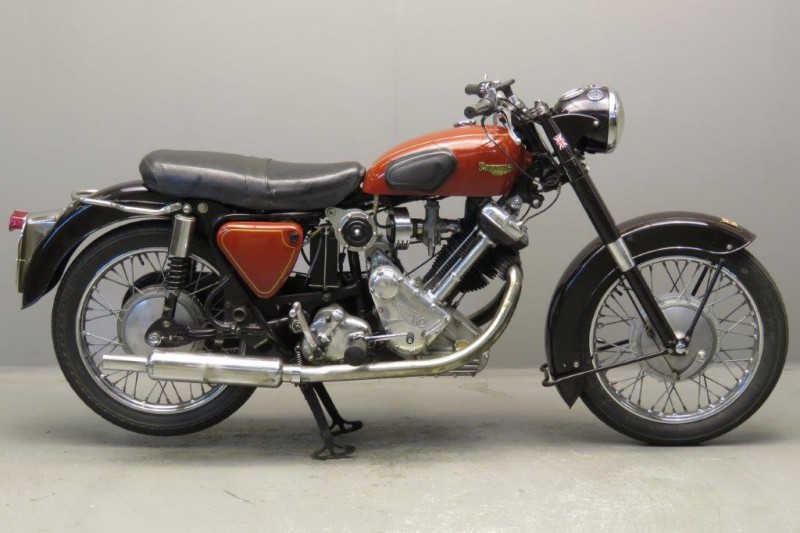 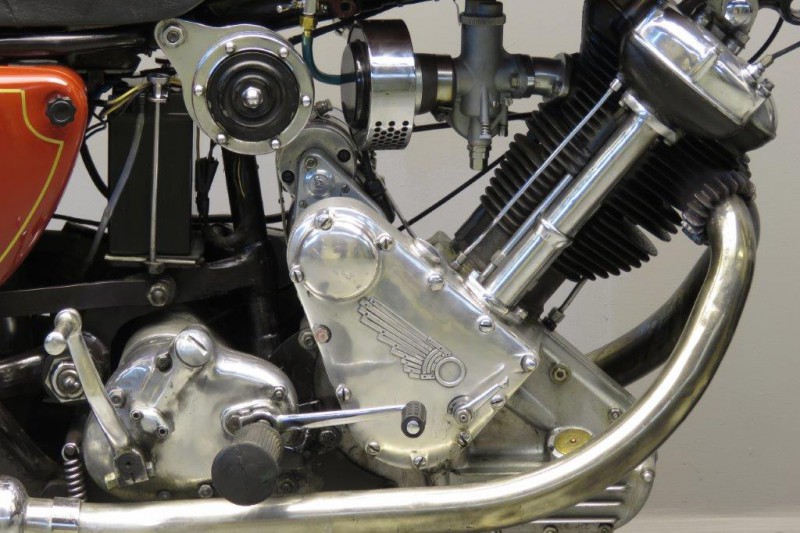 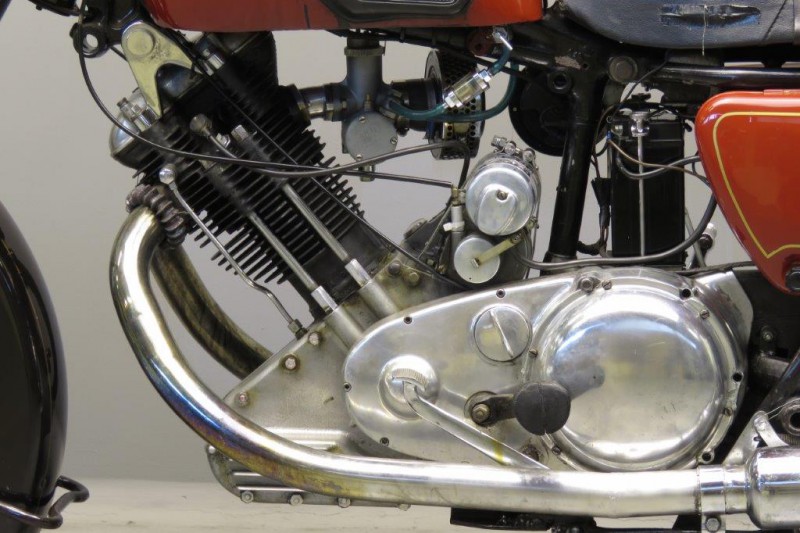 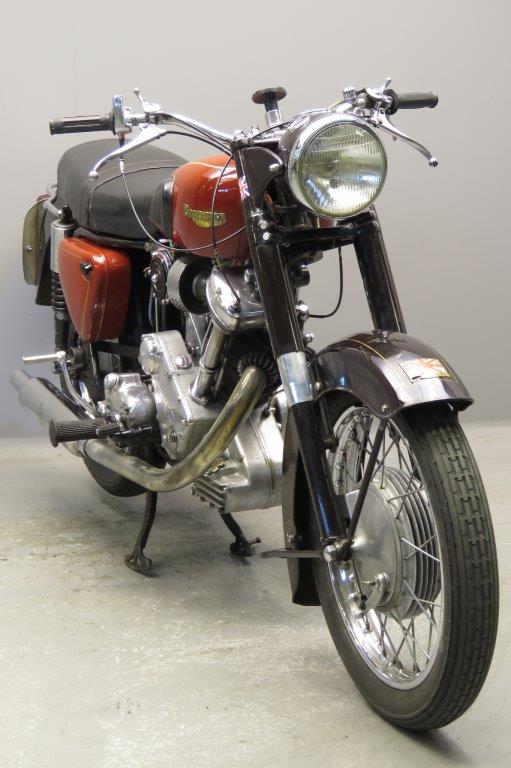 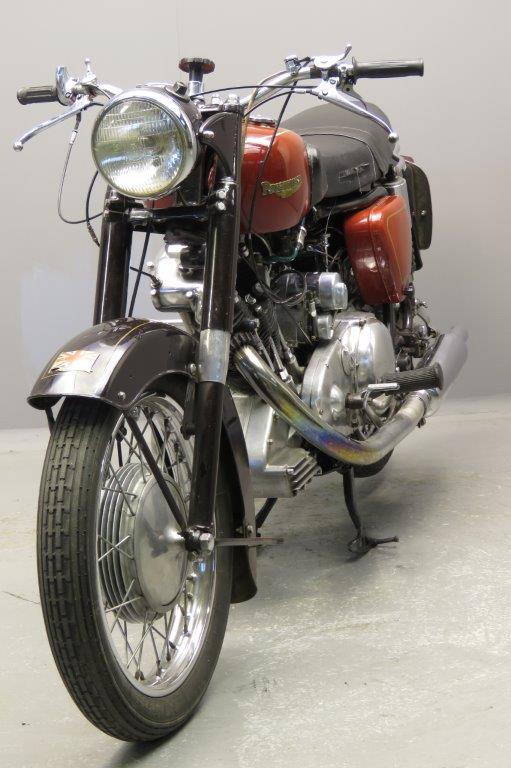 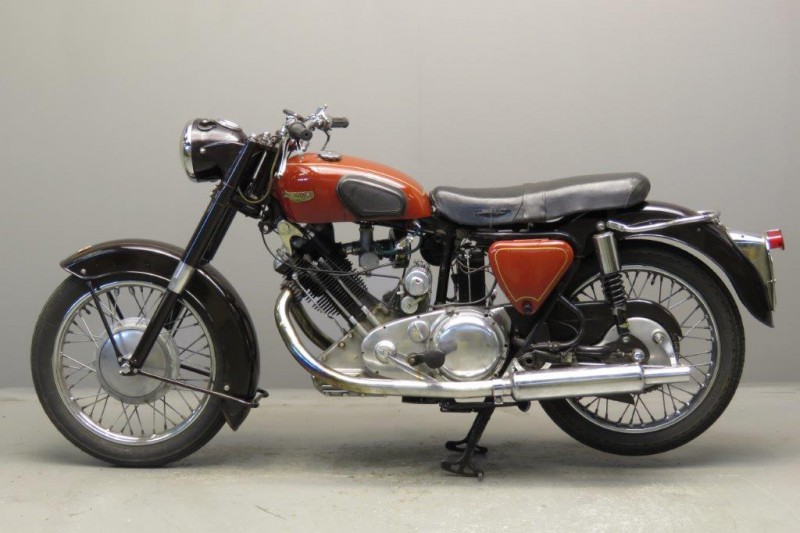 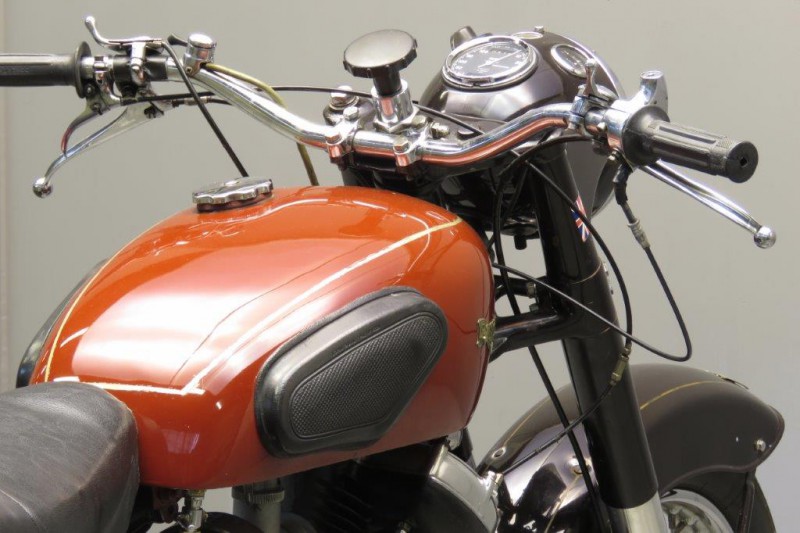 One of the very earliest manufacturers of real motorcycles, as opposed to motorised bicycles, the Yorkshire firm of P&M, later Panther, had even by 1904 very advanced engines with chain drive and 2 speed countershaft gearing.
Always just a little different to the common herd of contemporary motorbikes, the Panther in the very early years could be had with ninety degree v twin, vertical twin, unit construction transverse mounted twin and two- stroke configured power units.
The models most familiar to most motorcyclists would perhaps be the large, powerful but lean and purposeful looking Panthers with their forward canted ‘sloper’ type engines forming an integral stressed frame member, made up until the old firm ceased production around 1966.
This well running Panther is a 1964 model 120 650cc single sloper engined version and has matching numbers for the frame and engine.
The red paintwork matches nicely the distinctive alloy crankcases, separate gearbox, long graceful exhaust pipe and silencer, Somewhere in the past the original “bulky” fuel tank was replaced by a much more stylish and slimmer 350cc model.
Built tough and built to last, as is verified by the considerable number of survivors.
The Panther was always regarded as a quality machine available at a reasonable price, a sentiment that is as true today as ever it was.
By 1962 Phelon & Moore were in financial trouble and went into receivership.
The Model 120 stayed in production for as long as the supply of spare parts lasted, but they finally ran out in 1966 and the company folded.
It wasn’t quite the end for the big Panther, however, as they were affordable and economical and continued to sell for another year after production ended.
Panther Model 120’s are still being maintained and used regularly to this day by enthusiasts around the globe.