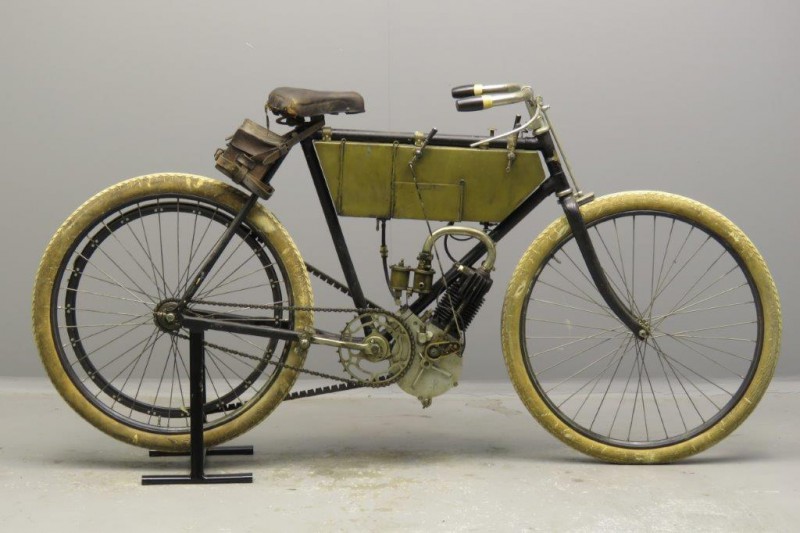 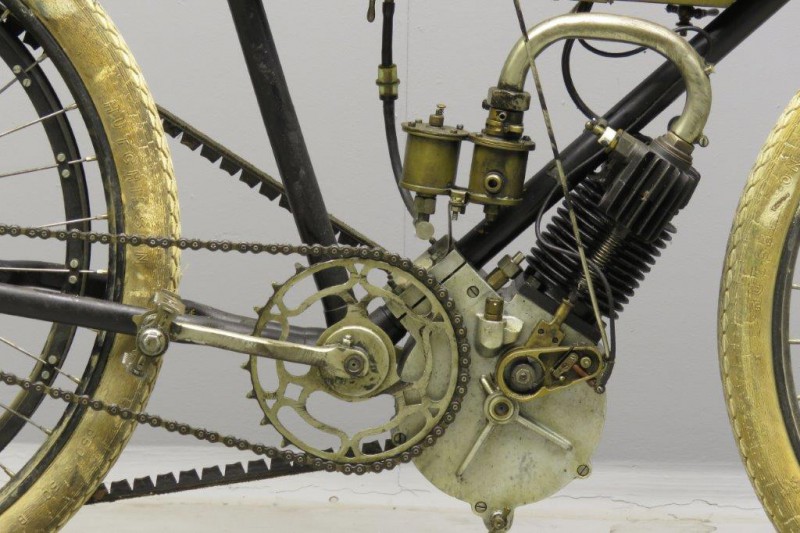 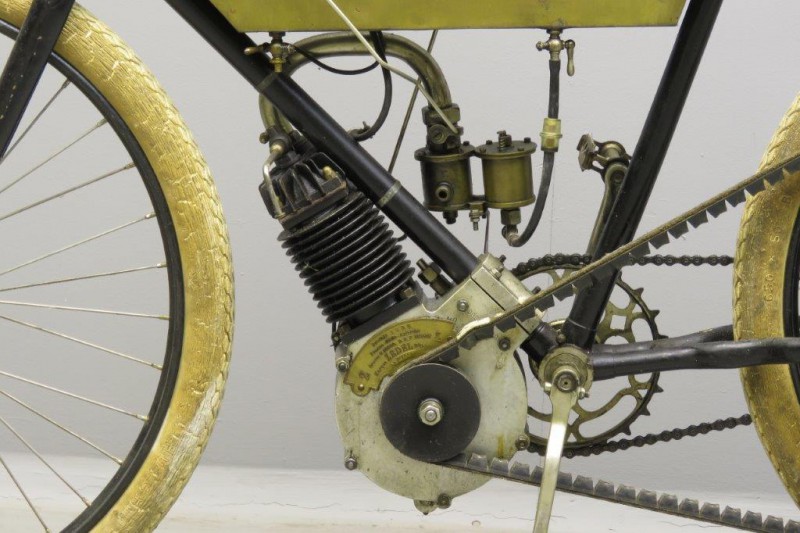 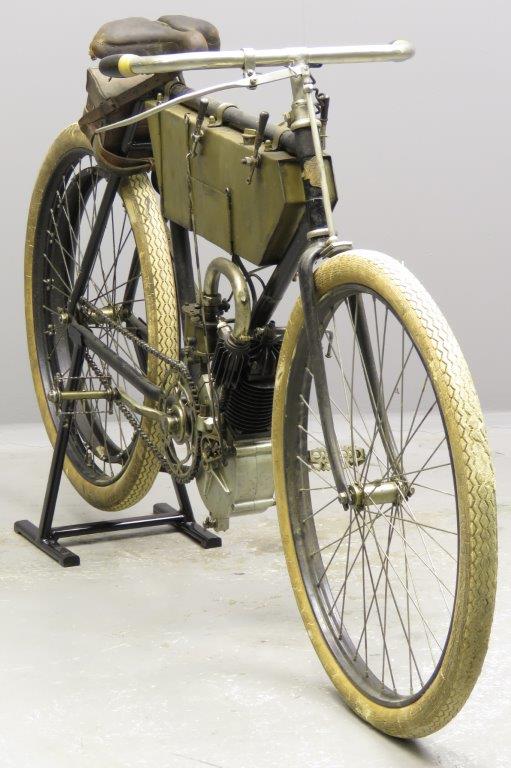 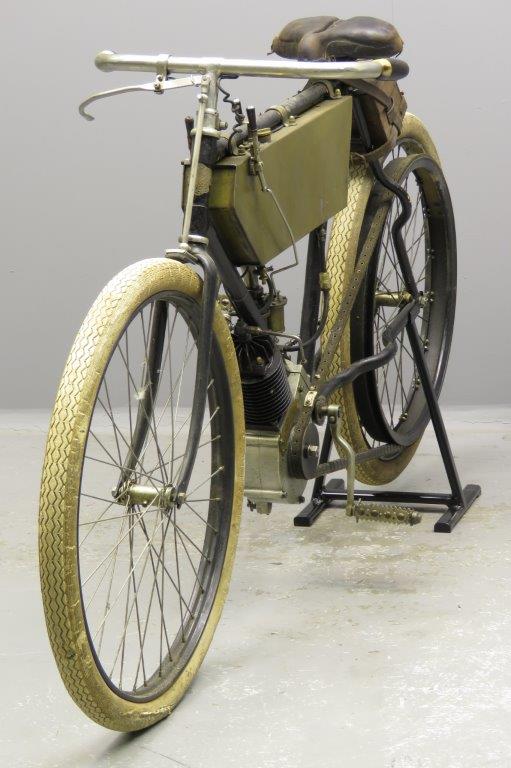 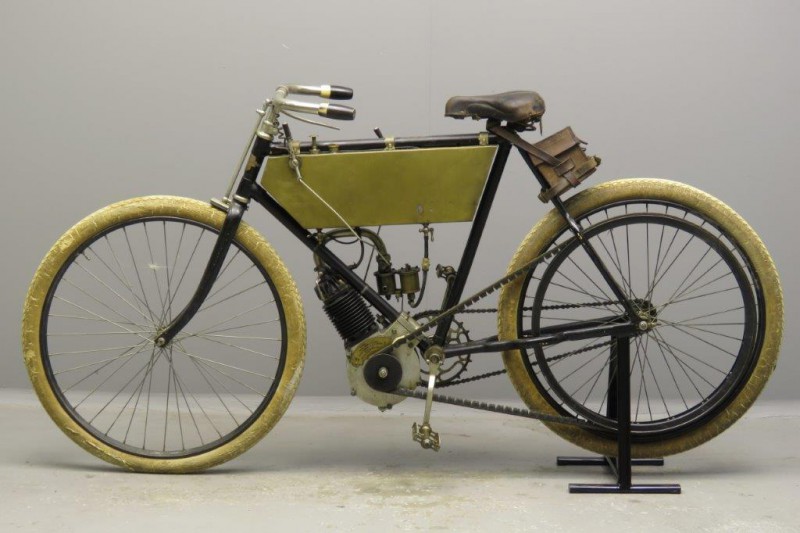 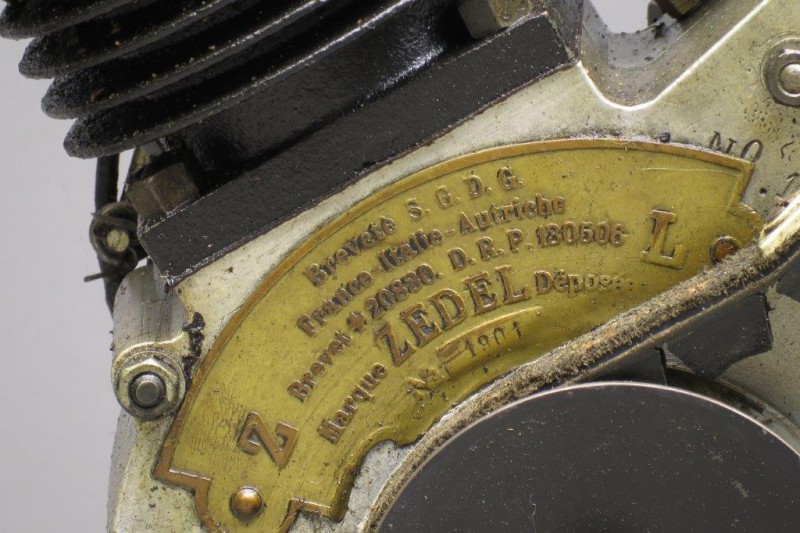 In 1901 Georges Pécourt secured the rights to import the Swiss Z.L. engines.
He fitted them to cycle frames and marketed them under the ‘Pecourt ´ and ´La Victoire´ brand names.
Pécourt’s business was situated at 33, Rue Brunel in Paris and he was active in the early motorcycle sports activities in France.
Pécourt attracted much attention with his ´racing team´.
Focus of the attention was the female team member Madame Jolivet; she and het husband competed in 1902 at Deauville, at the Château-Thierry and Gaillon hill climbs and at the Dourdan speed trials.
Madame Jolivet was often photographed in racing attire and she was a real eye catcher for the make.
The company’s success was short-lived though: Pécourt lost his Zedél import rights to Peugeot-Griffon and the company went bankrupt in 1905.
This well-preserved early veteran is believed to be of Pécourt manufacture.
It is fitted with a Longuemare carburettor and comes in unrestored condition.