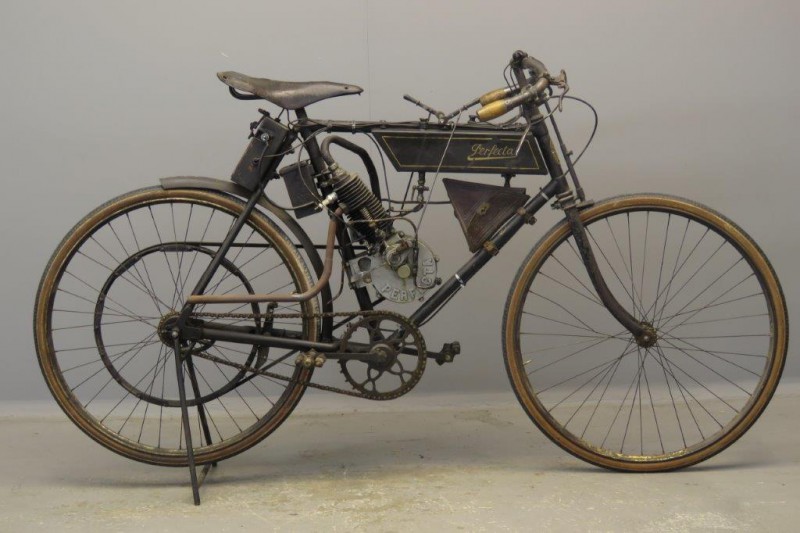 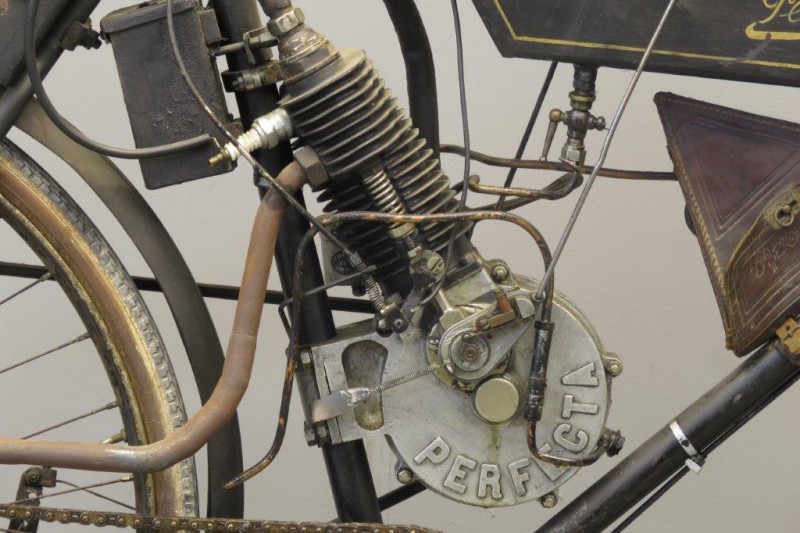 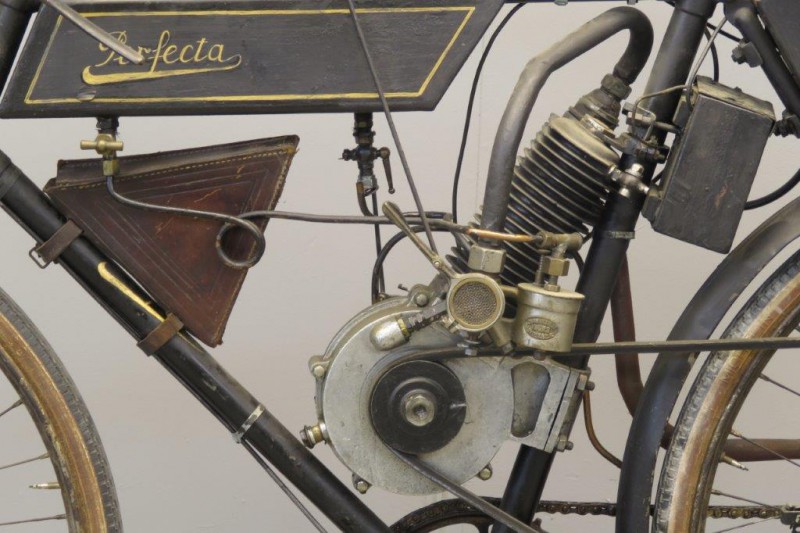 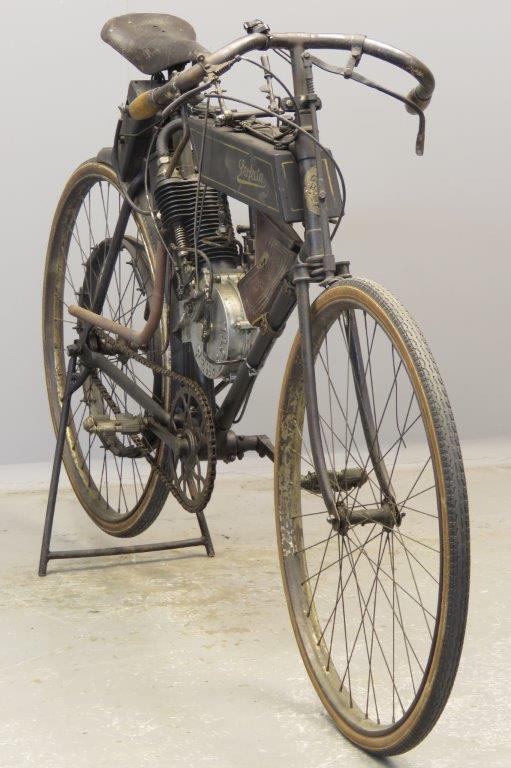 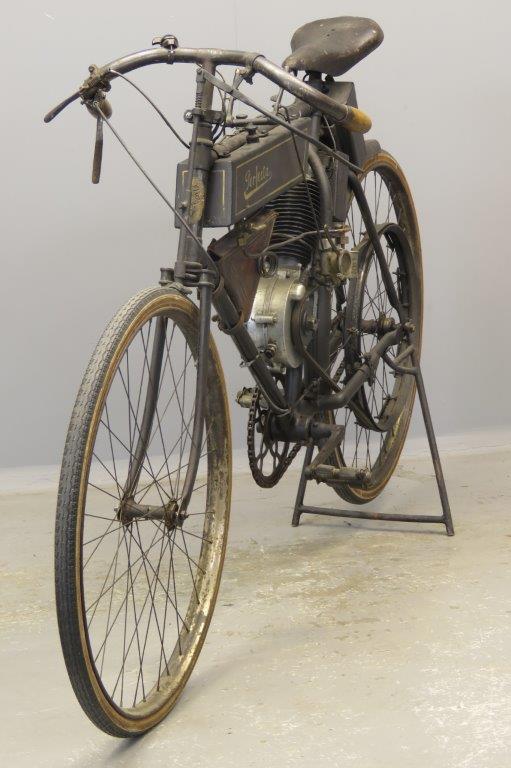 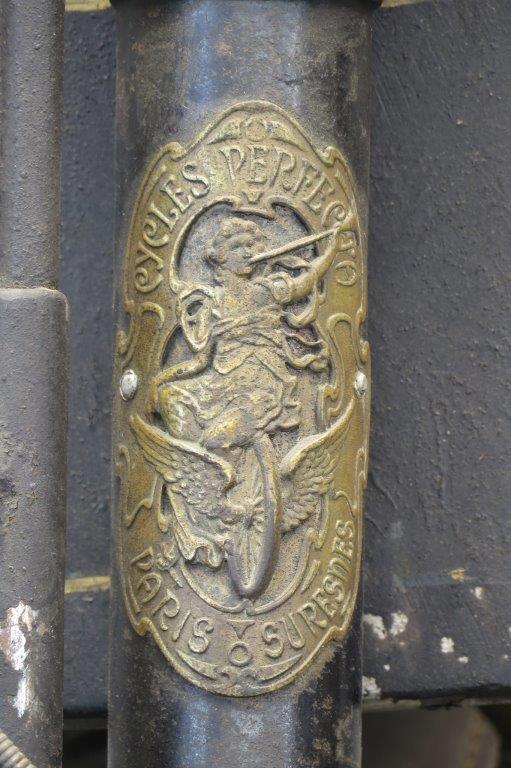 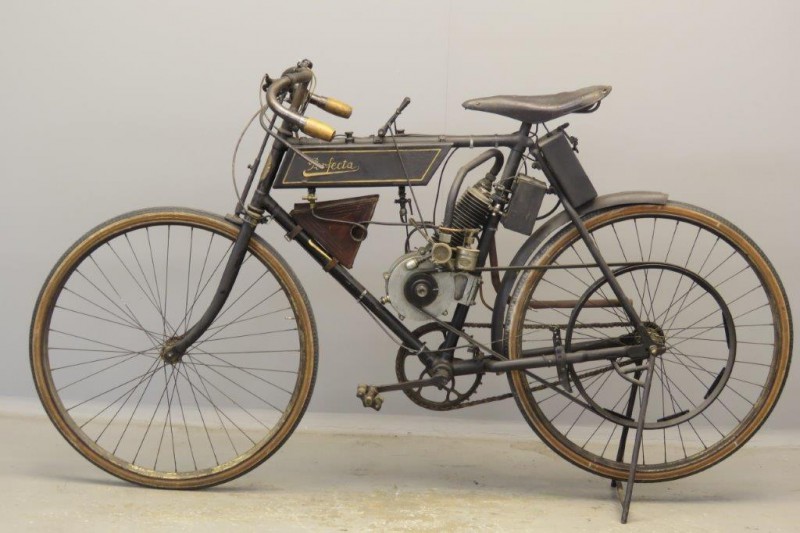 Perfecta cycles were manufactured by Alexandre Darracq’s factories in the village of Suresnes (department of Seine) near Paris.
The French enterprise, known at first as A. Darracq et Cie, was founded in 1896 by Alexandre Darracq after he sold his Gladiator bicycle business.
He then concentrated on producing bicycle components and complete bicycles under the “Perfecta” trademark.
He also made motorized bicycles, tricycles and quadricycles, often fitted with De Dion engines.
In the course of 1902 he sold his business to a privately held English company named A Darracq and Company Limited, taking a substantial shareholding and a directorship himself.
Darracq concentrated on building automobiles and by 1910 he would be the third car manufacturer in France, after Renault and Peugeot.
This early light motorcycle is fitted with Perfecta’s own engine and is equipped with a Vaurs carburettor.
It comes from an Italian collection and is partly in original, unrestored condition; some parts, like the petrol tank, have been repainted a number of years ago.