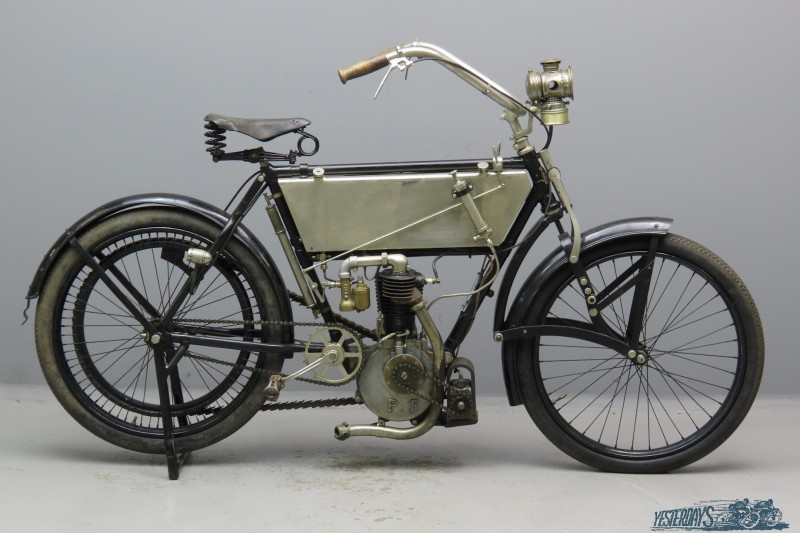 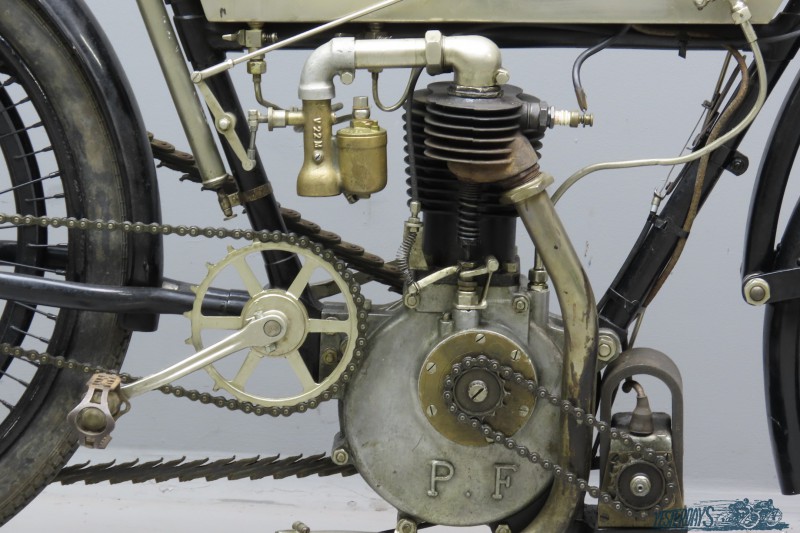 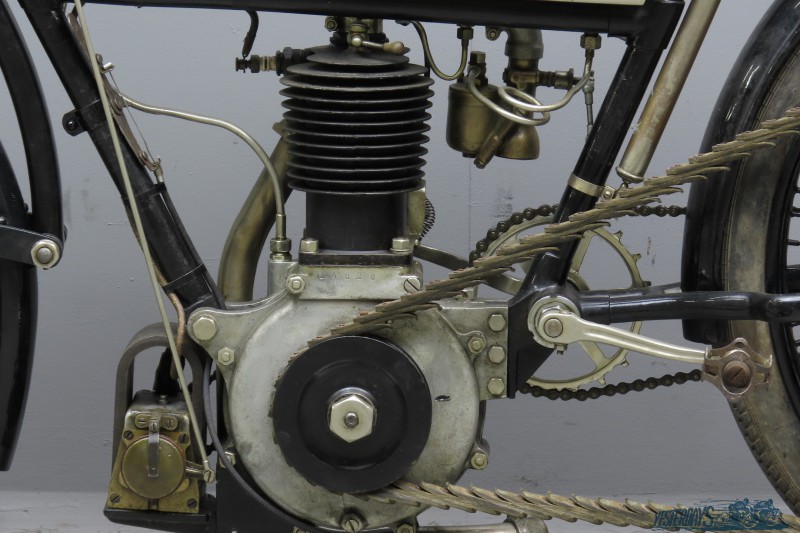 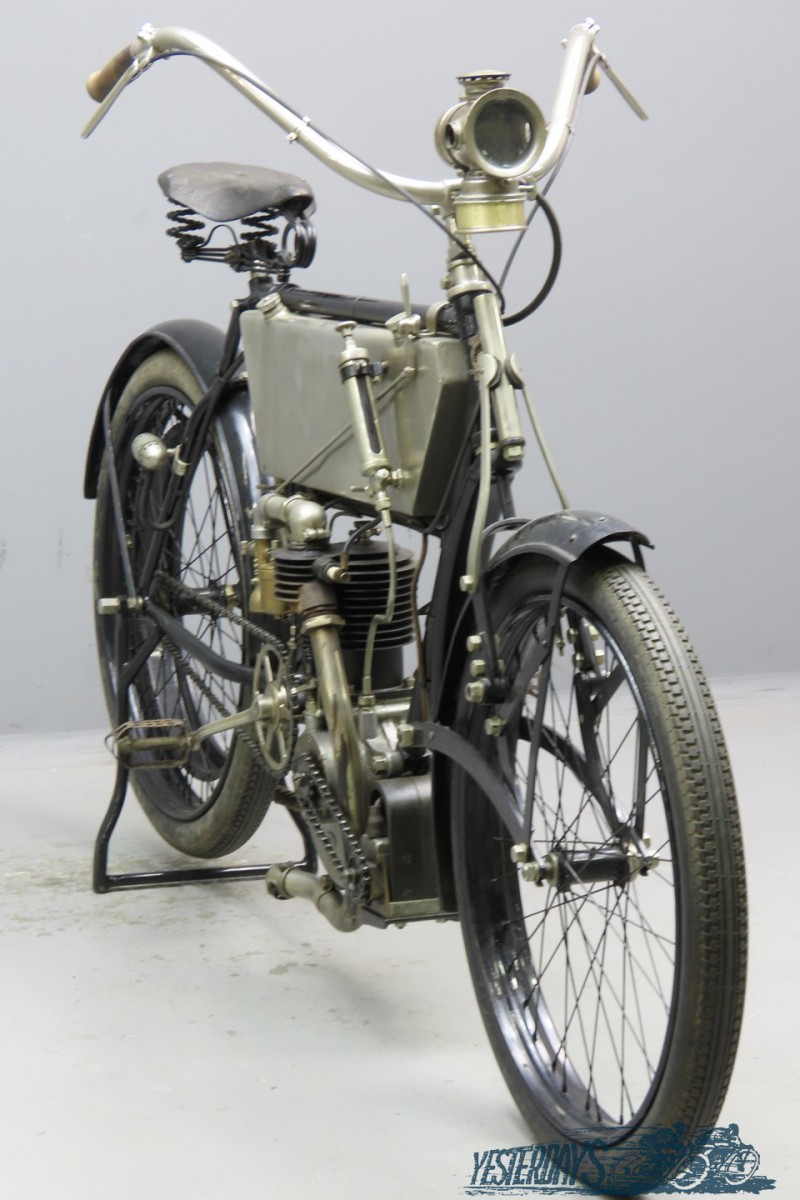 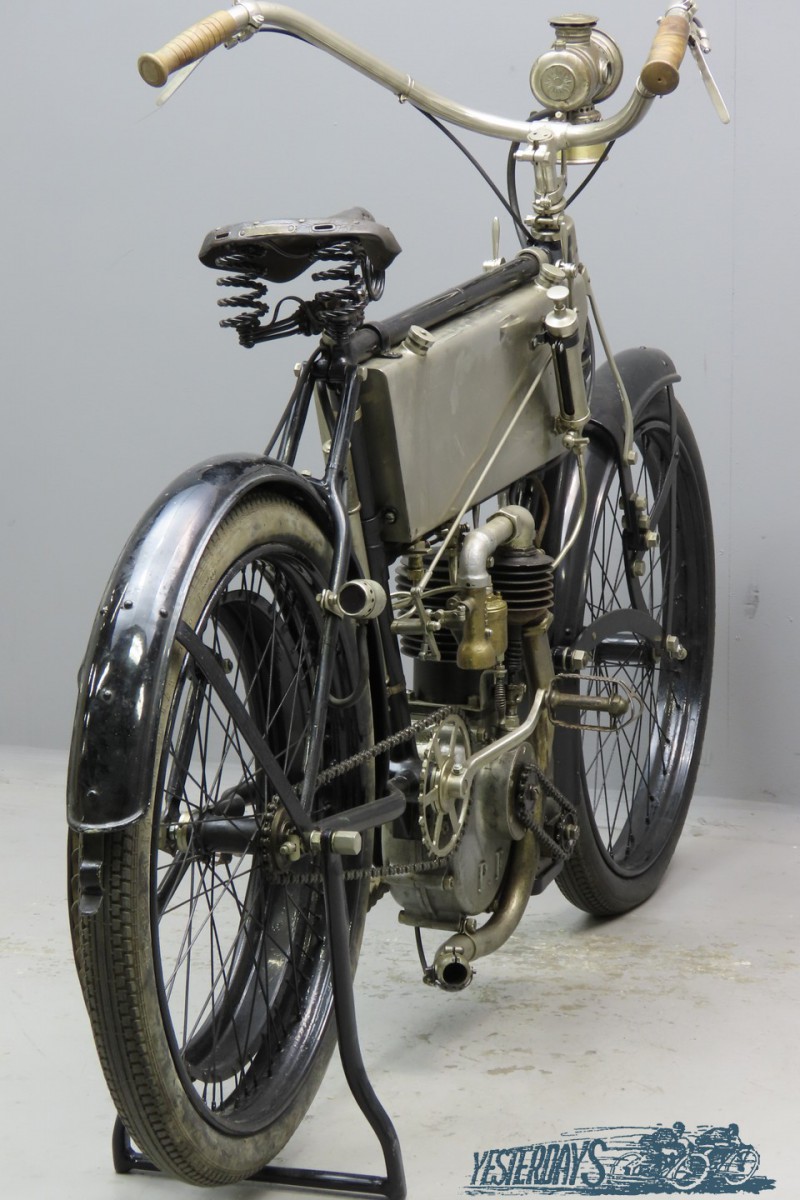 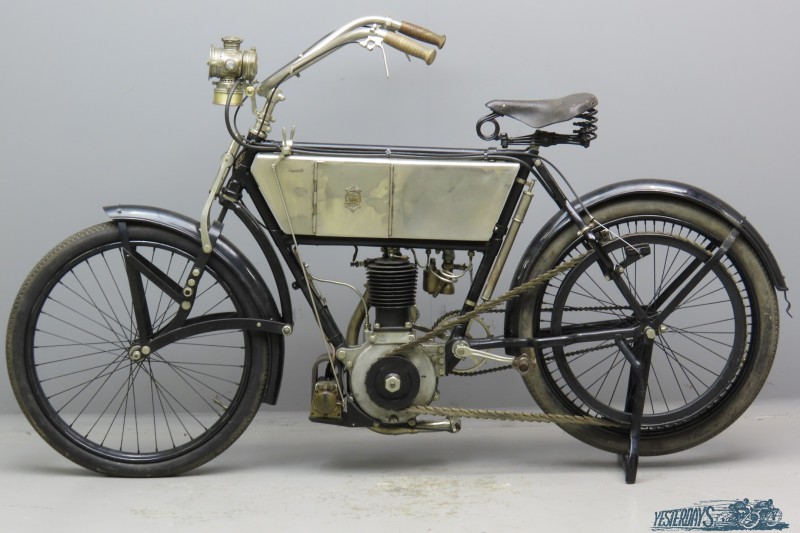 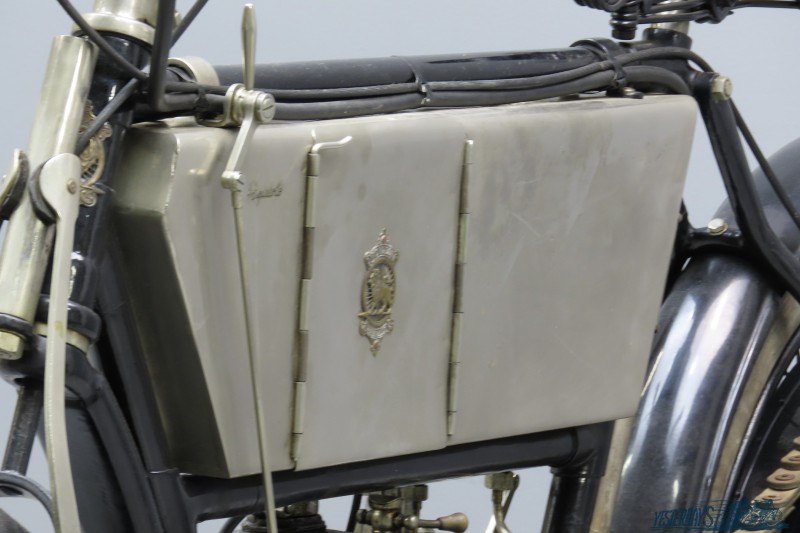 1905 was to be an excellent year for Peugeot: there were lots of successes with speed events and sales were much higher than in 1904.
From the beginning till the mid-twenties Peugeot engines were numbered consecutively: up to 1904 some 5,000 engines were produced, a year later more than 7,000 were added to this amount. The range consisted of several single cylinder models in the 350 and 500 class in both AIV and SV configurations and no less than 4 twins that had all automatic inlet valves.
Most models could be fitted with comfortable “Truffault” front suspension, for which Peugeot had secured the production rights and that was available as an extra.
Another practical fitting was the Simms-Bosch magneto ignition; front suspension and magneto ignition would make your machine some 20% more expensive.
Our machine has both options; she is an older restoration that comes with exhaust with cut-out, Vita Belga acetylene lamp and tyre pump.