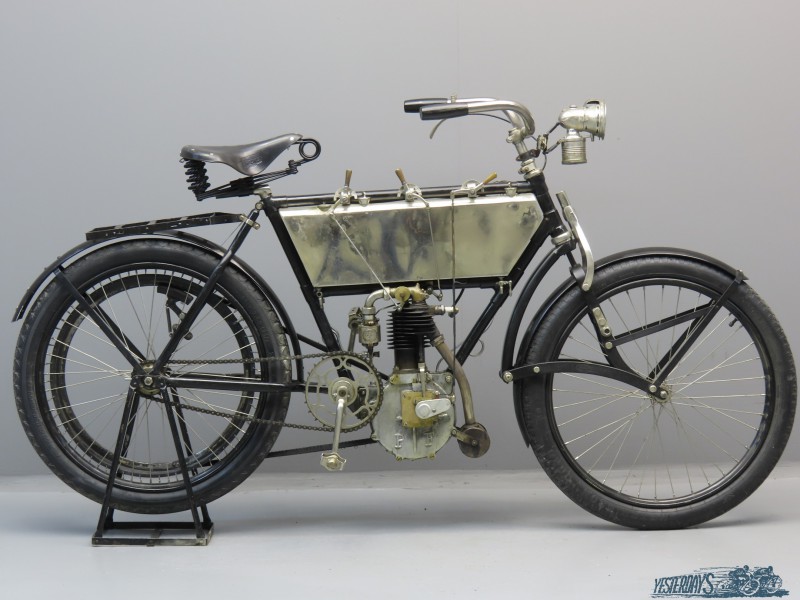 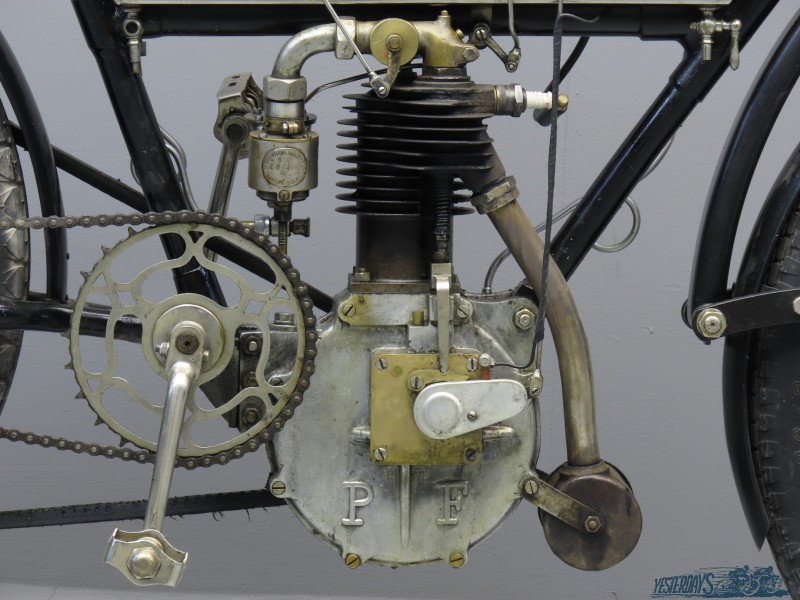 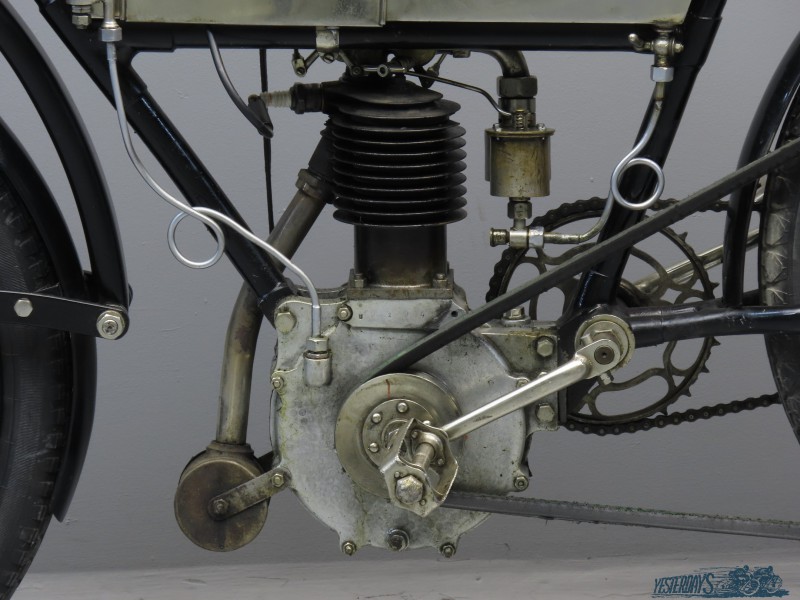 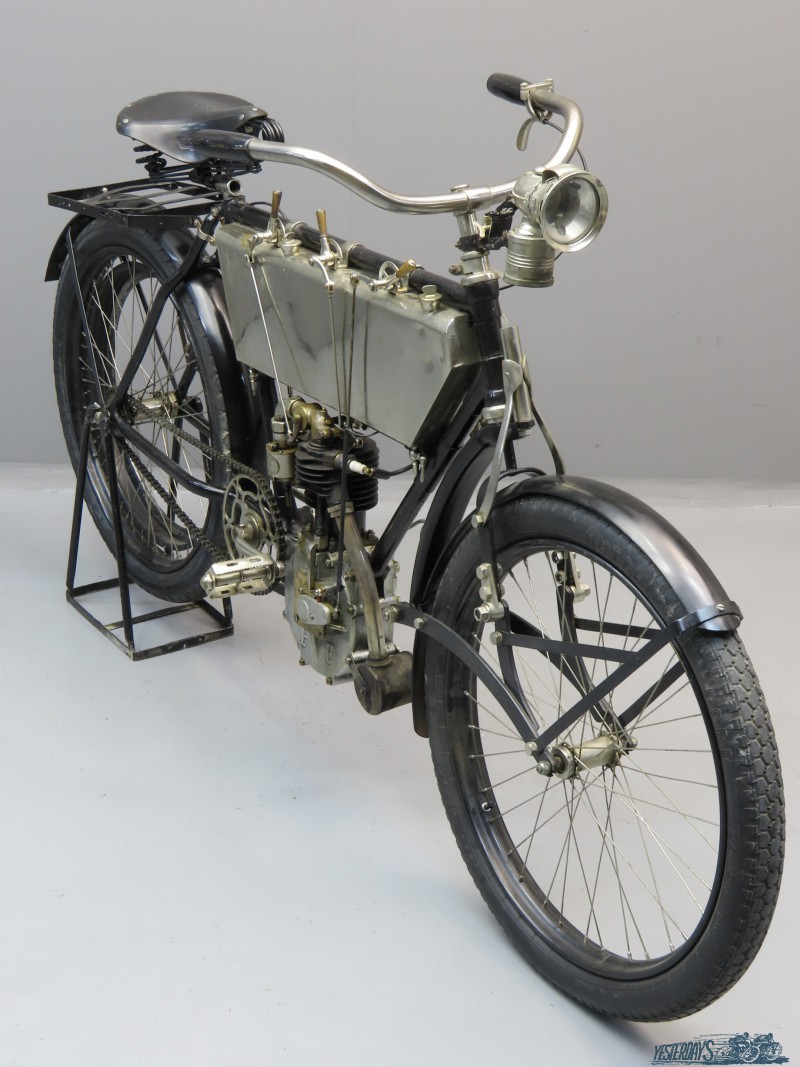 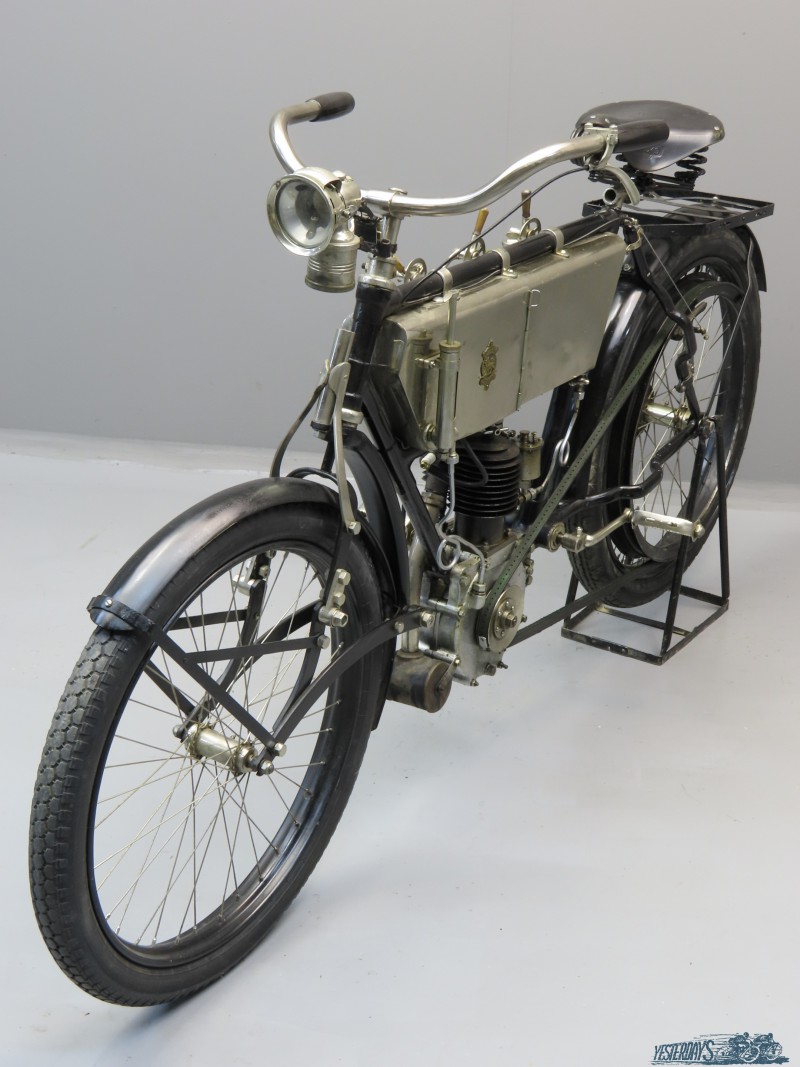 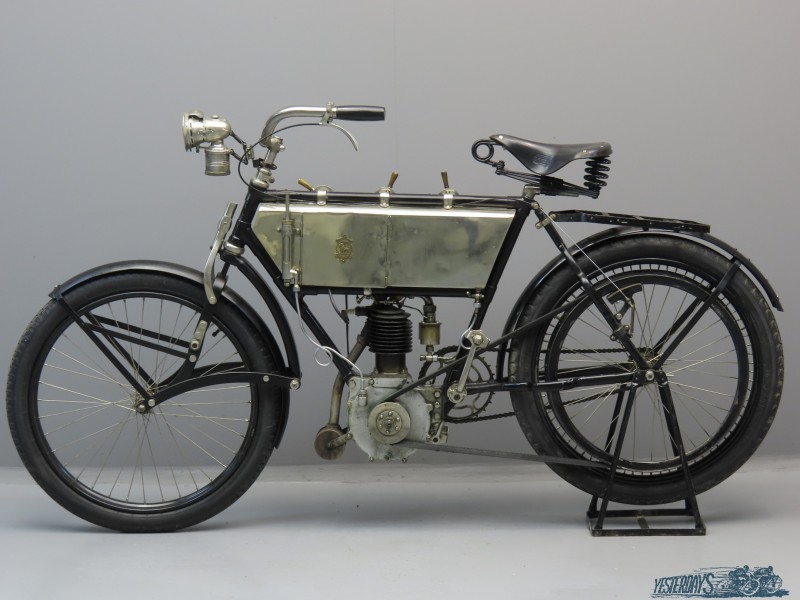 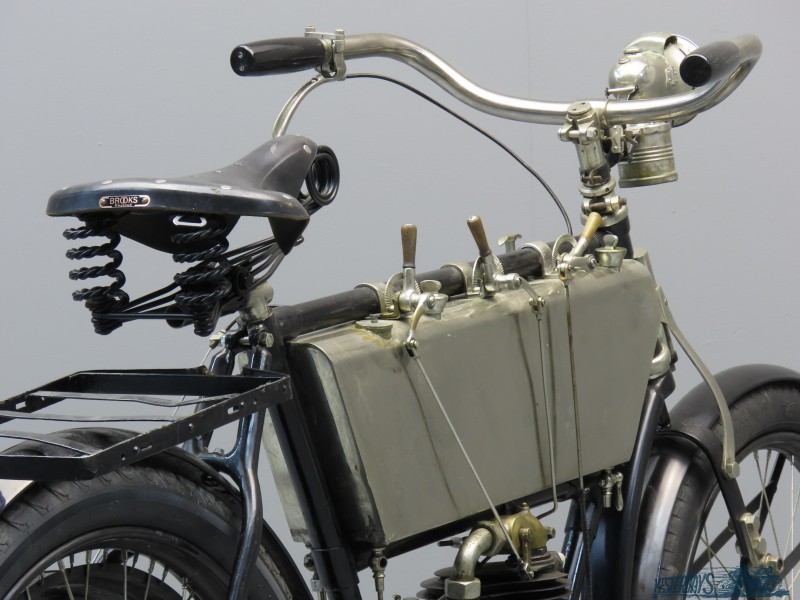 Peugeot 1904 2½ HP 300 cc aiv single frame # 11790 engine # 9294
Although a prototype De Dion-engined Peugeot bicycle was displayed at the Paris Salon in 1898, the first motorized cycles to leave the factory were actually tricycles with De Dion & Bouton engines. The popularity of the tricycle was unchallenged at first, but by 1902 the motorized bicycle started to take the lead: at the Paris Salon in December 1901 81 motorised cycles were exhibited, of which there were only 21 tricycles or quadricycles. One of the sixty motorized bicycles present was a Peugeot, propelled by a 1 ½ HP ZL engine. The engine was clipped to the front down tube and had a displacement of 198 cc. Its weight was only 35 kilograms and a cruising speed of between 25 and 40 km/h was attainable. For 1903 the engine was placed in the “New Werner Position” and now two models were catalogued, one with 2HP ZL engine and the other with Peugeot’s own 2 HP power source, both types having the same cycle parts.
For 1904 the output of the standard model was brought to 2½ HP (70x78mm bore x stroke) and a new model with 2¾ HP side valve engine was also available. The machines cost 850 and 870 Francs respectively. It’s interesting to note that for an extra 100 Francs chain transmission could be ordered, and for 150 Francs extra you could become the owner of a shaft-driven Peugeot. Probably not many of these options found their way to the buying public. An extra that did become quite popular was the addition of a Truffault suspension fork. Peugeot had secured its production rights and fitted the Truffault to many of its models from 1914 till around 1915. The restored machine we offer here is equipped with such a front suspension and has the correct specifications for 1904, including the Longuemare carburettor.