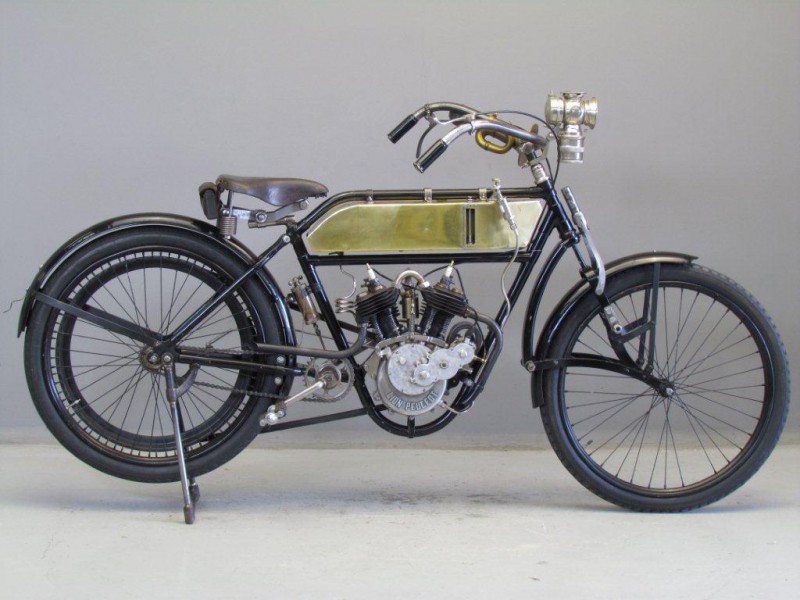 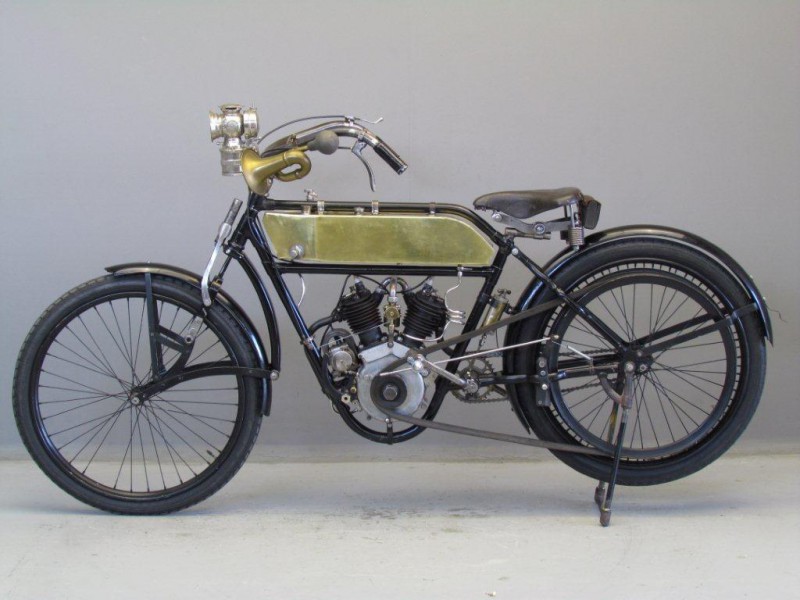 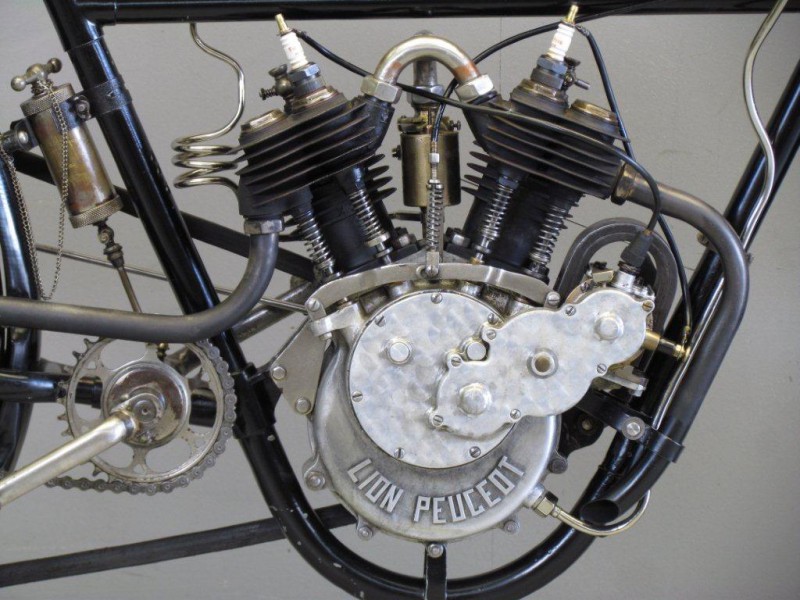 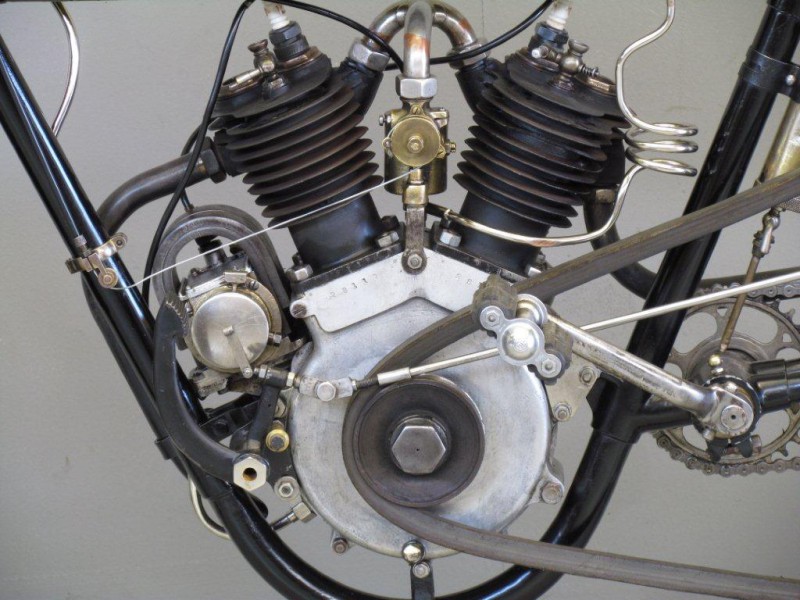 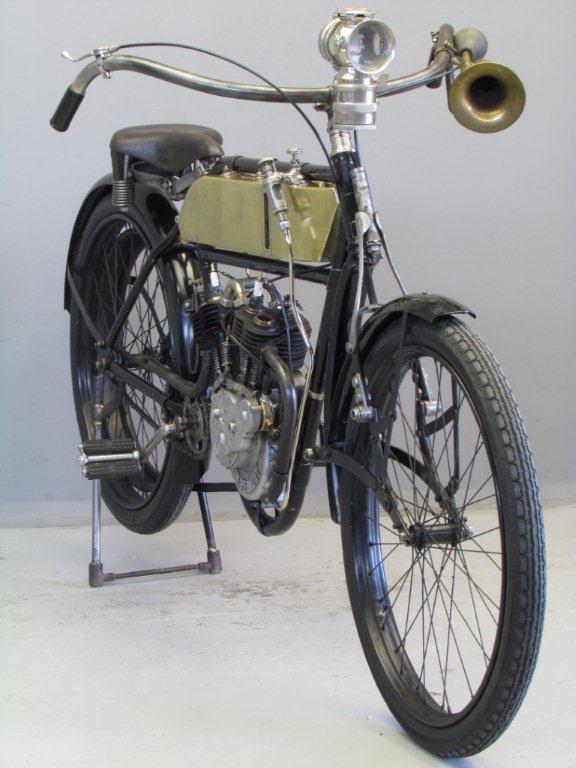 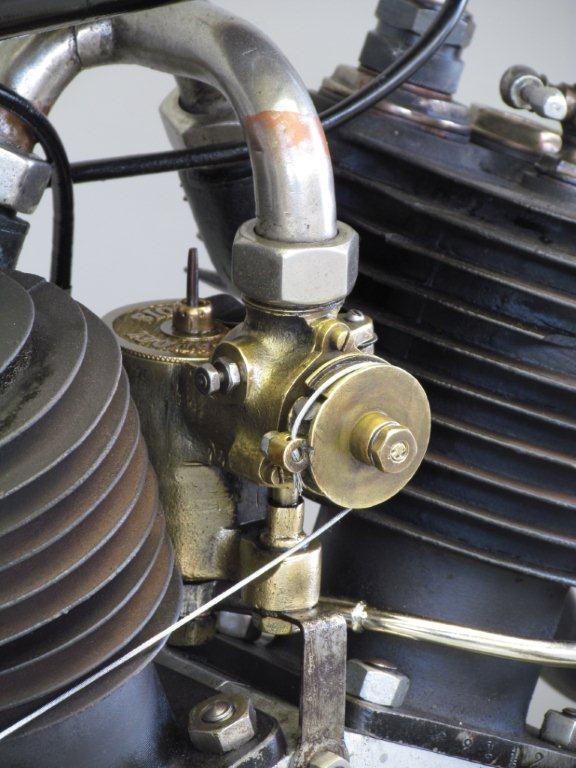 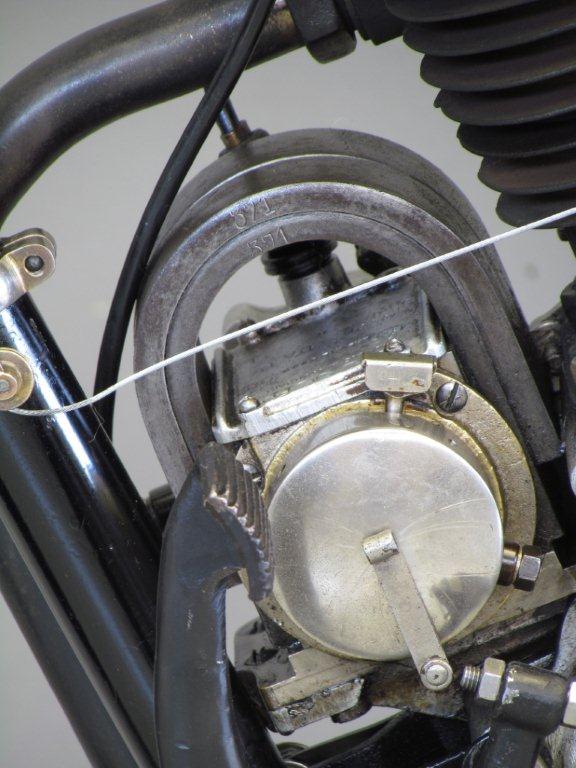 In 1910 Peugeot brought out a light V- twin motorcycle that was to become an enormous success.
The  “Moto Légère  MD” was equipped with a  333 cc  45 degree V-twin engine with automatic inlet valves, direct belt transmission, Bosch  magneto,  single lever Claudel  carburetter and Truffault front forks.
The little machine proved easy to start, easy to handle and was very reliable.
Moreover, it weighed only 40 kg and was able to sustain a practical running speed of 60 km/ h.
For model year  1913  the bore was enlarged from 70 to 80 mm which resulted in a capacity of 380 cc and a speed of 70 km/h.
This machine was catalogued  as  “MD2”.  In 4 years  some 10,000 machines were sold and this motorcycle was the most popular French motorcycle of pre- ww 1 days.
However, by 1913 a cylindrical tank and automatic  inlet valves had become a bit outdated, so in July 1913 Peugeot came with a new model, introduced as the  “Motocyclette  Légère  2 ½ HP   Type MC “.
In the spring of 1913  prototypes of this motorcycle were  equipped with  an MD engine that was fitted   with cylinders with mechanical inlet valves.
Some of these machines were  entered in the grueling “Paris-Nice” regularity run in April 1913 and made quite an impression by   gaining a victory.
At  its introduction the factory  already gave it the official nickname “Paris-Nice”.
The machine had a lowered front down tube resulting in a lower saddle position and the petrol tank got a more modern look.
Weight was 42 kg and the top speed was 65 km/u.
The  “Paris- Nice” became a successful model and  between 1913 and 1915 some 5000 machines were produced.
This practical veteran is  an older restoration and runs  well.