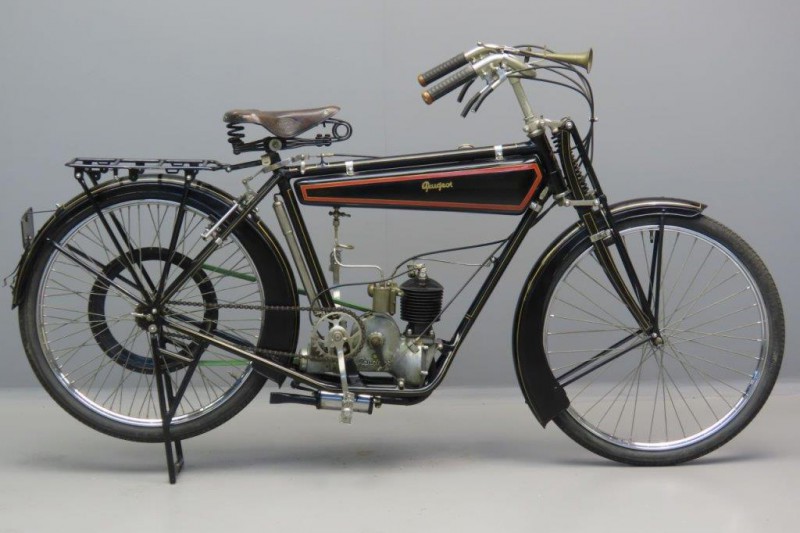 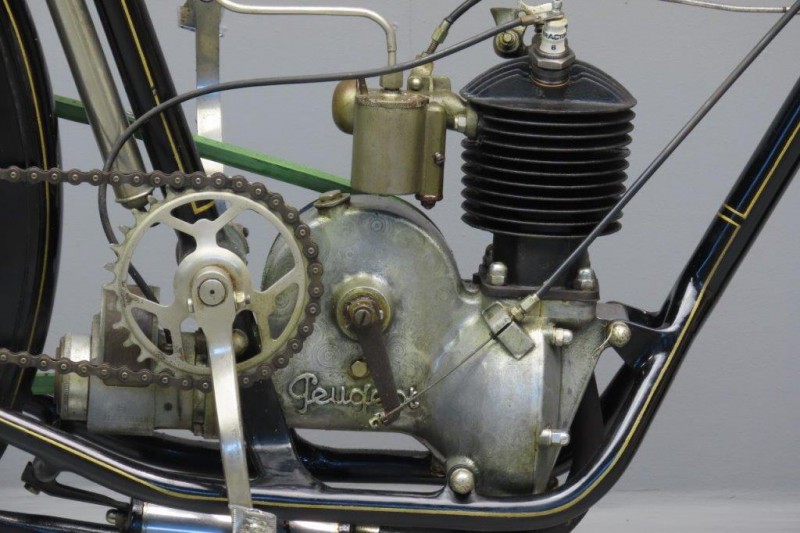 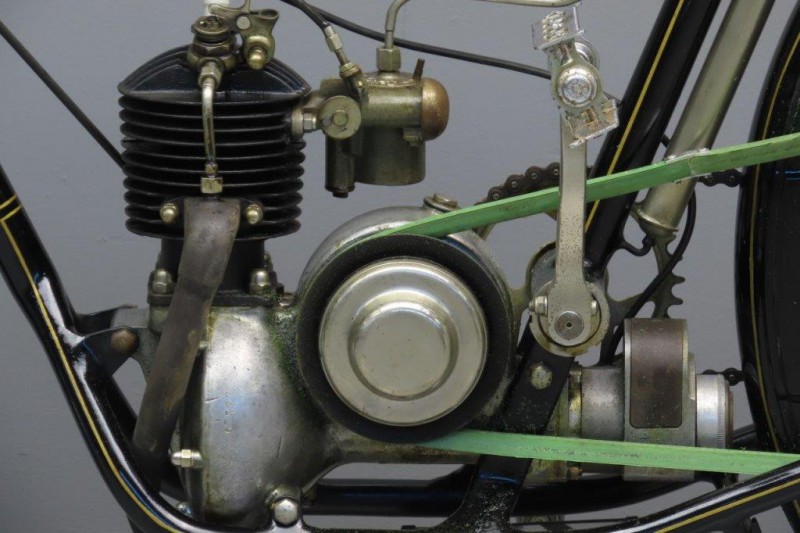 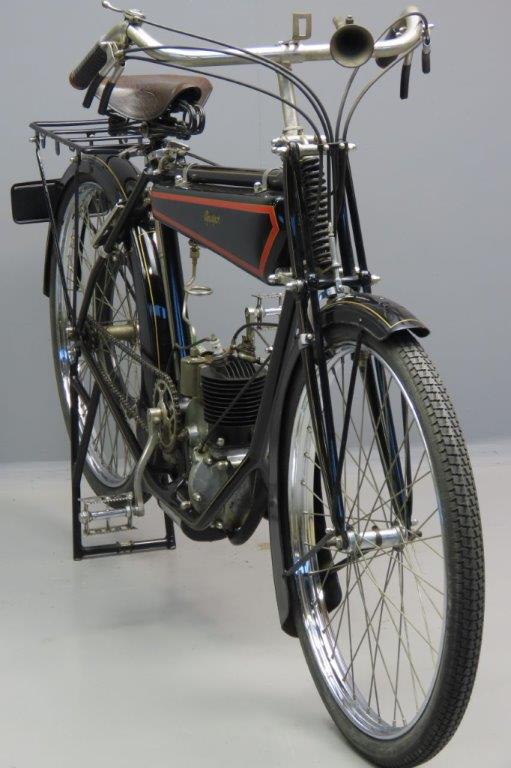 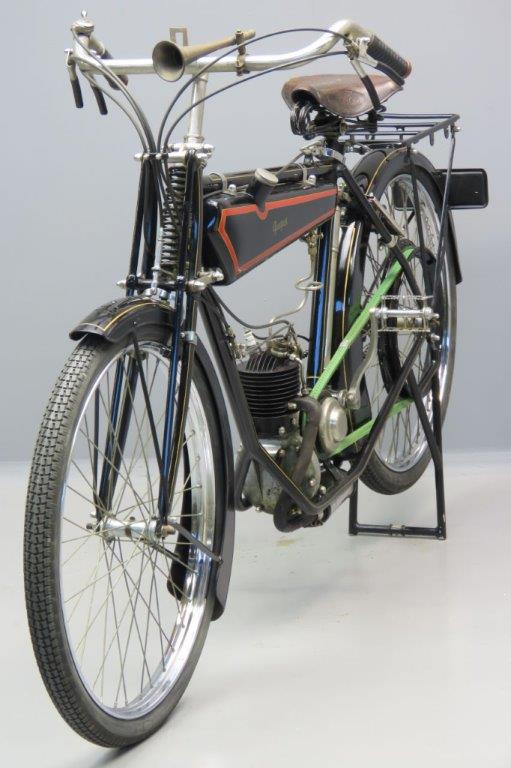 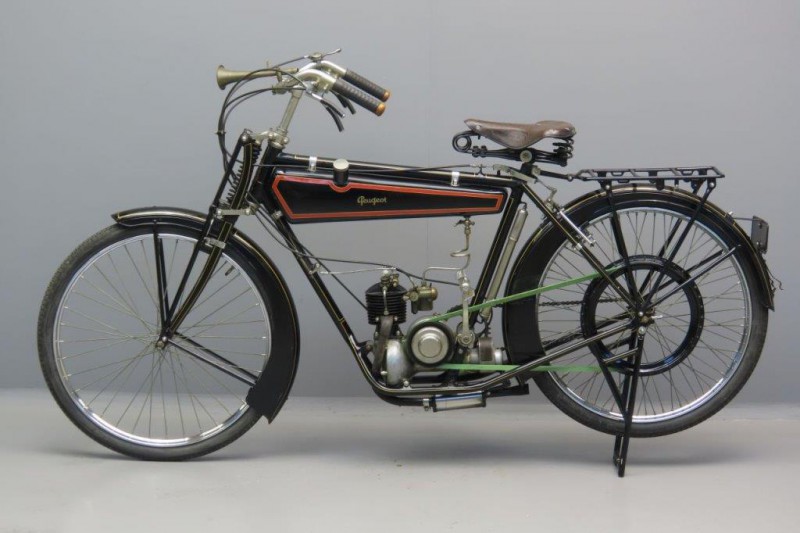 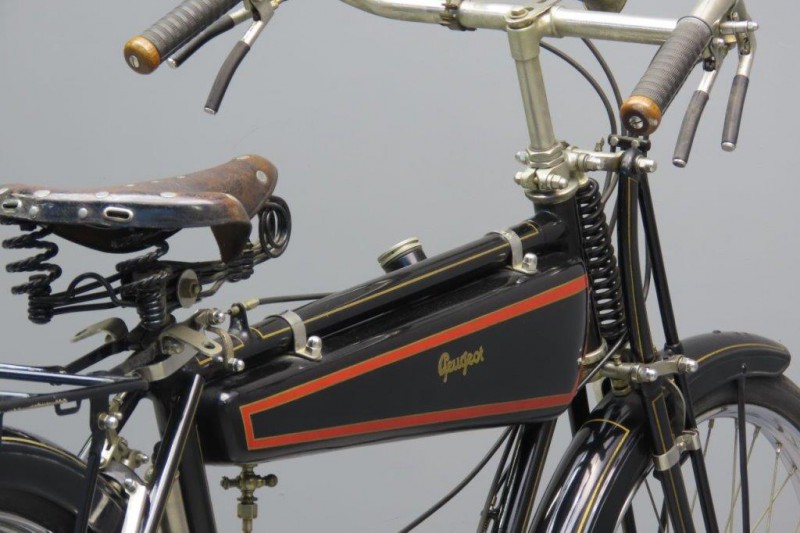 The famous French marque was one of Europe’s Pioneer motorcycle manufacturers, entering the market as early as 1899.
The firm quickly established itself as one of the premier engine suppliers and motorcycle manufacturers.
Their power units were used by many companies. One of these was Norton, who won the 1907 Isle of Man TT with a Peugeot powered 5HP V-twin in the hands of Rem Fowler .
Peugeot was at the forefront of motorcycle development in the years leading up to the First World War, achieving numerous competition successes with their innovative designs, most notable being a double overhead cam parallel twin cylinder engine of 499cc.
Even a 1000cc racing V-twin model saw the light around 1910.
In the years before and following the First World War production concentrated on a series of V- twins ranging in capacity from 330cc to 746cc.
These were joined at the start of the twenties by several lightweight two stroke singles.
The first Peugeot two stroke was the CM1, presented in October 1922.
It was a true lightweight motorcycle with a weight of less than 40 kg and a bore x stroke of 52mm, giving a capacity of 110 cc.
The frame is of the cradle type with a single front down tube and the crankshaft is positioned longitudinally.
By using this engine position the magneto drive is in line with the crankshaft and it can be placed in a shielded position behind the engine.
The machine is single-geared but there is a clutch on board.
The CM1 is mechanically refined and well-finished and it became a succesful model, more than 7000 Cyclo-Motos were sold between 1922 and 1927.
The specimen we present here has been restored and is in excellent condition.
She comes with bulb horn and tyre pump.