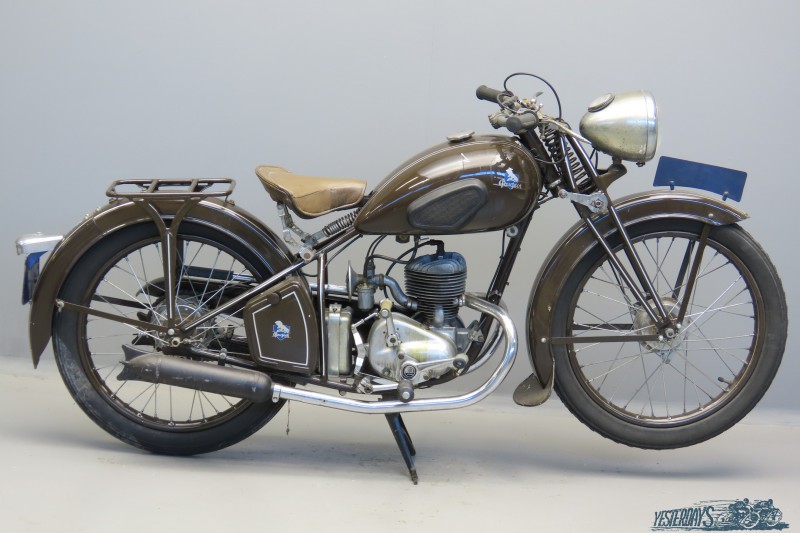 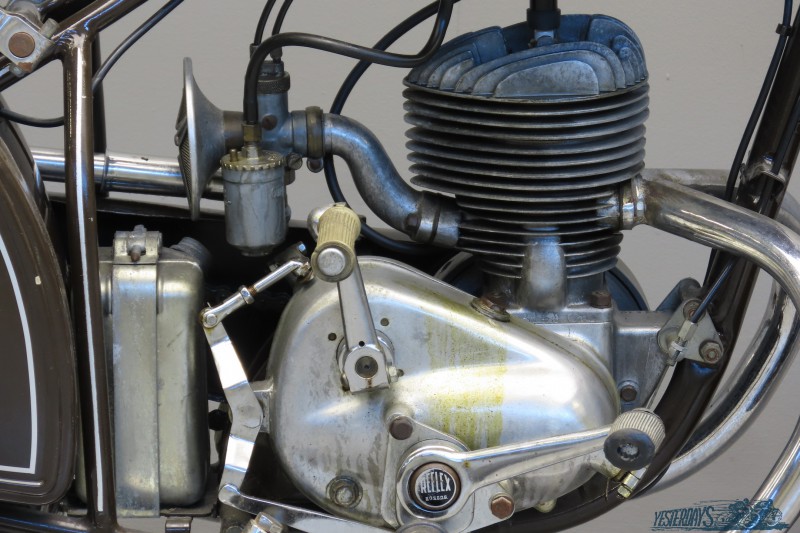 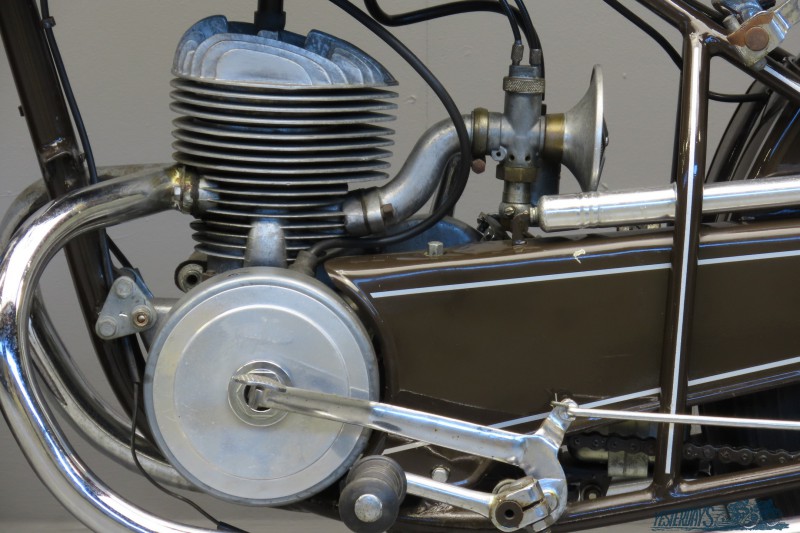 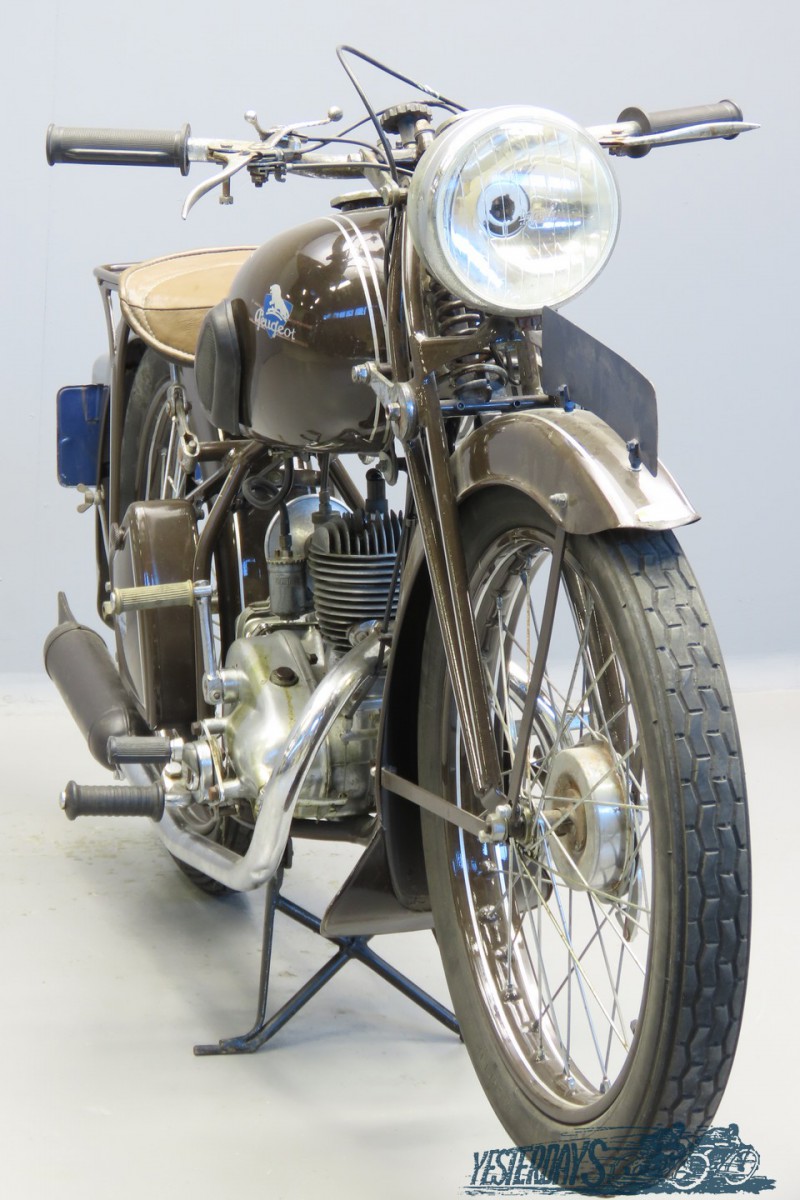 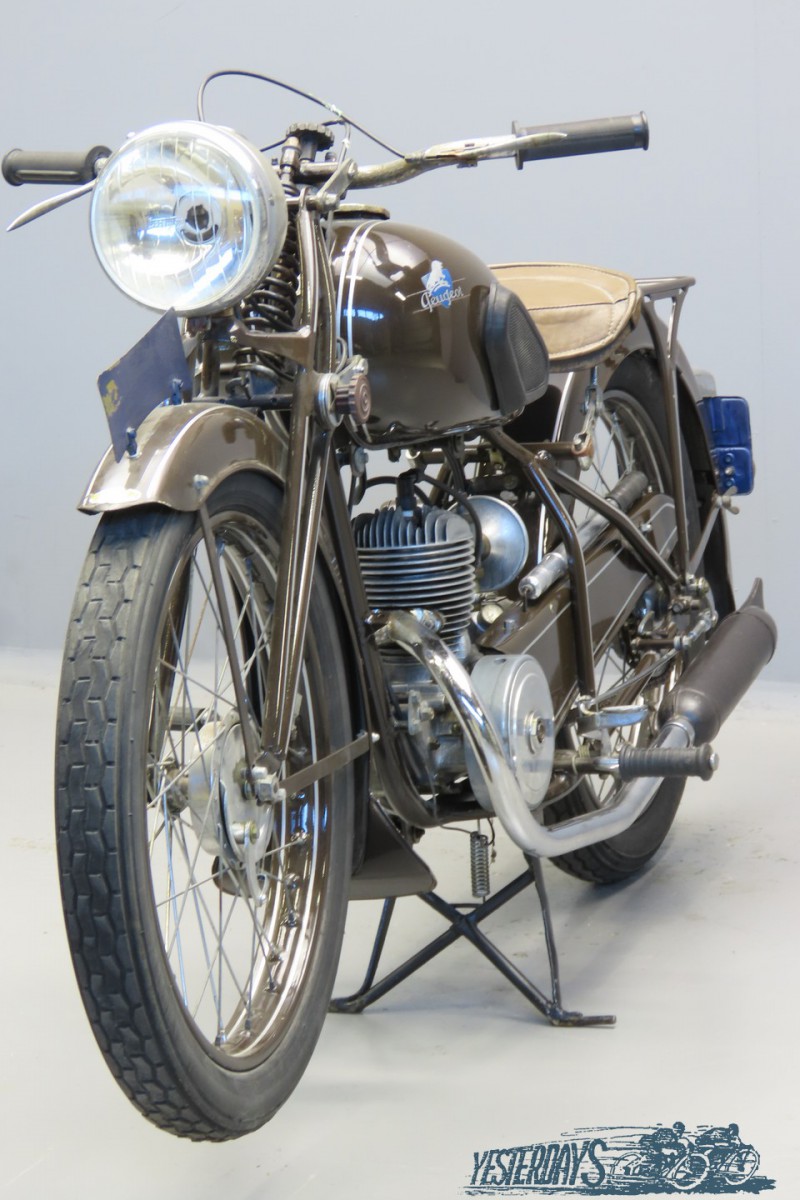 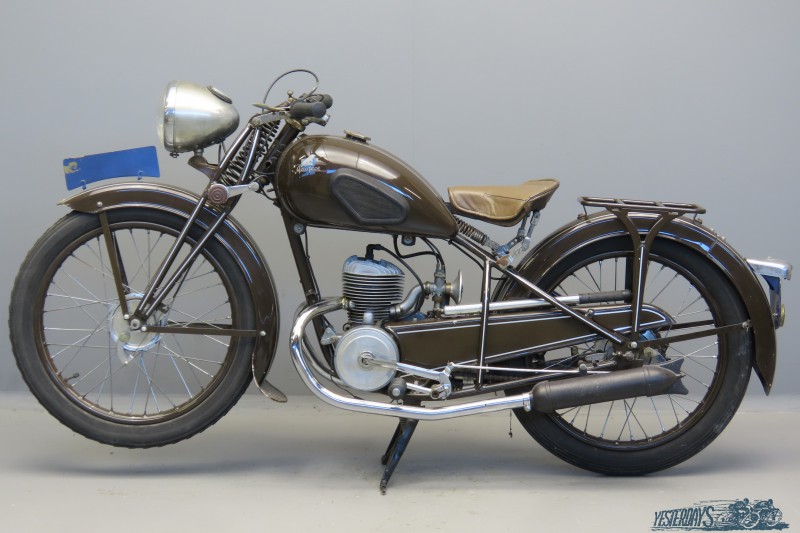 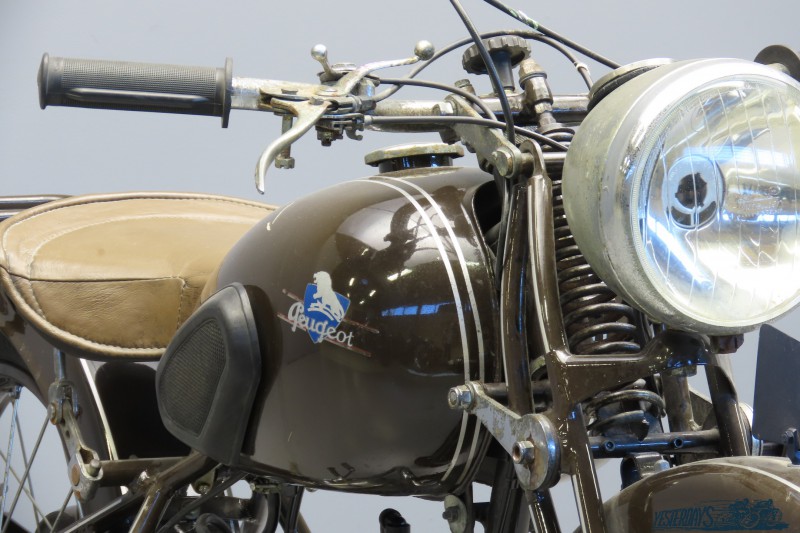 The first Peugeot two stroke was the CM1, presented in October 1922.
It was a true lightweight motorcycle with a weight of less than 40 kg and a bore x stroke of 52mm, giving a capacity of 110 cc. In the course of the twenties and thirties various models were brought out and there was a constant development in technology.
The war stopped this development for some years but in 1945 Peugeot marketed a new line of 125 cc two stroke singles, the P55 series.
The unit-construction engine had bore x stroke dimensions of 51x60mm, giving a capacity of 122.6 cc.
For model year 1950 a 148cc version was created by enlarging the bore by 5mm; the 18mm carburettor of the P55 was replaced by a 20mm version.
The model we present here has Webb-type front suspension and a foot-change 3-speed gearbox.
The machine weighs 75 kg and is good for a cruising speed of some 80 km.
The Type 155 is not a very common motorcycle, only about 2,000 in all were produced in 1950 and 1951.
She has been restored quite a number of years ago and hasn’t been ridden since.
This charming French machine will benefit from some love &care and a good check-over.