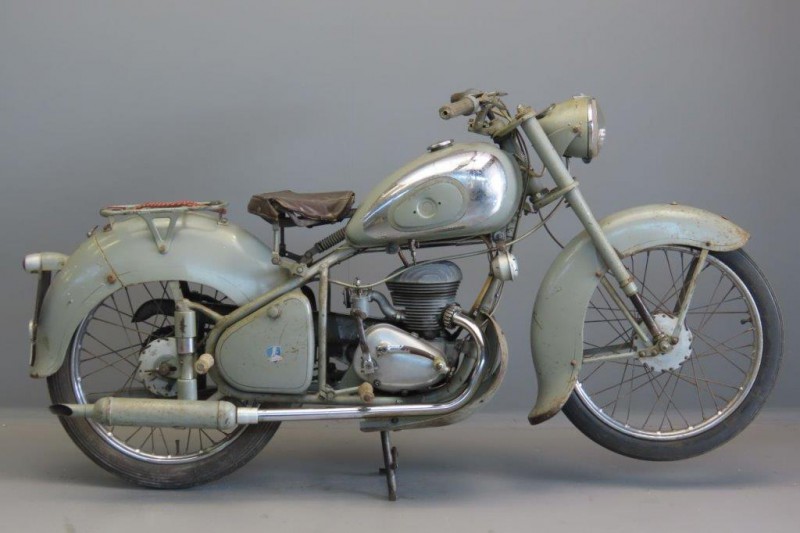 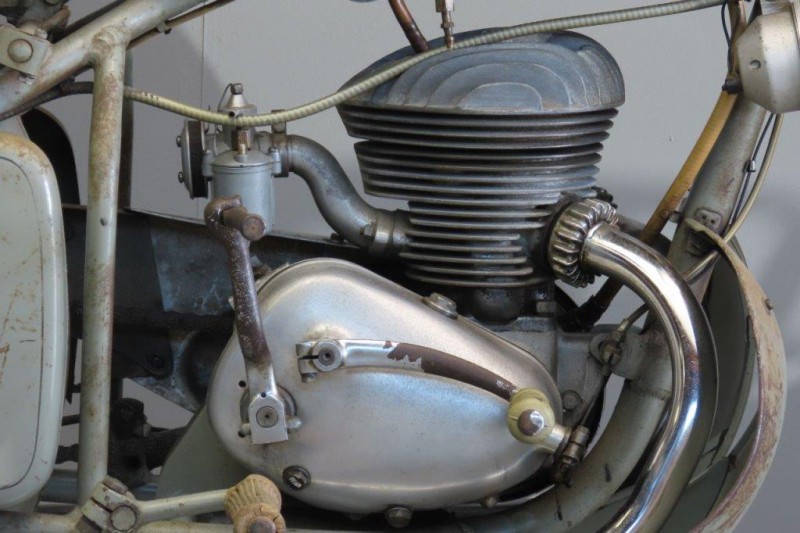 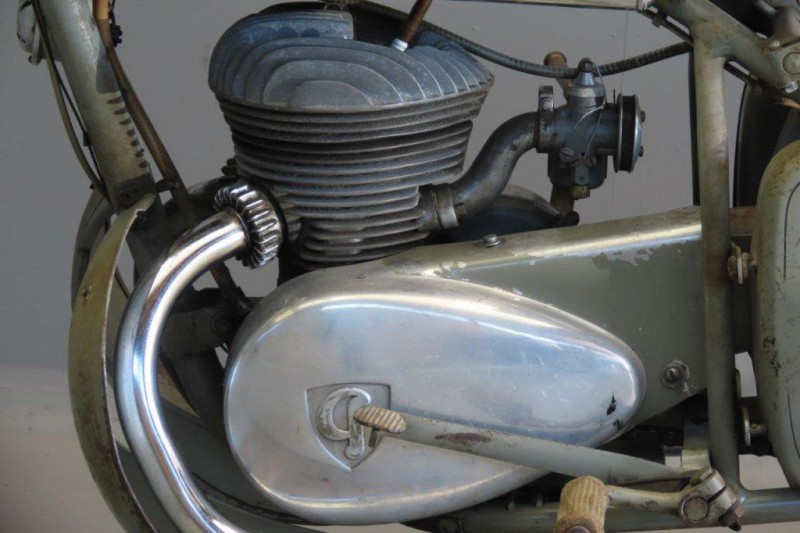 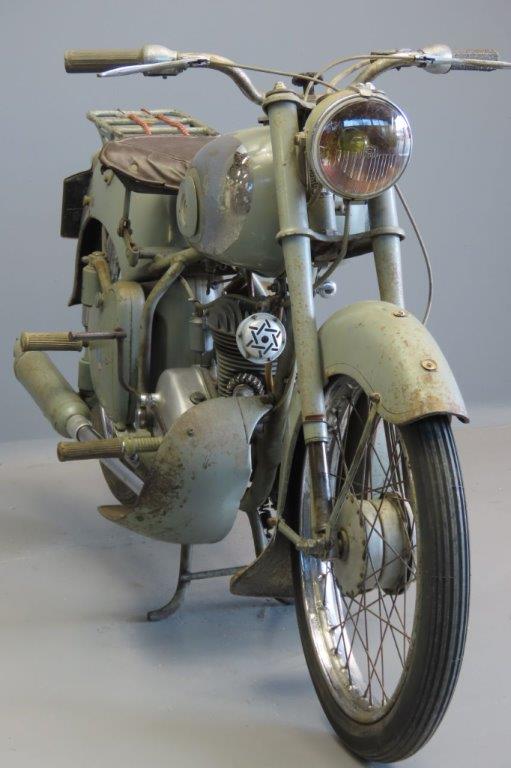 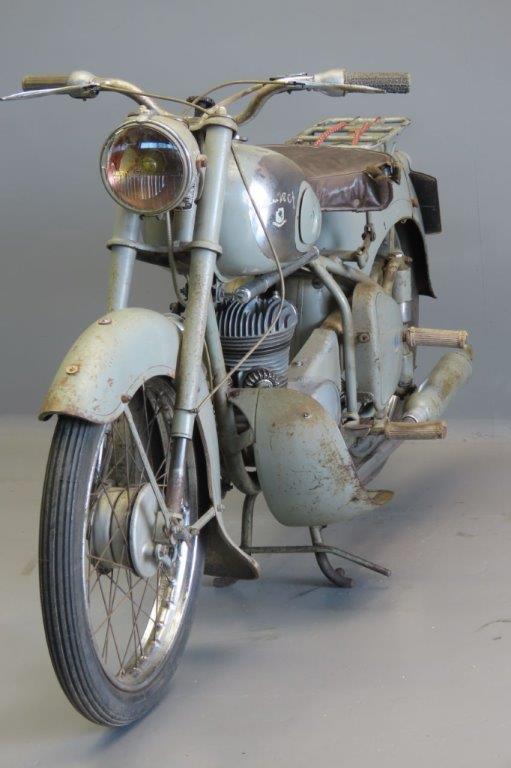 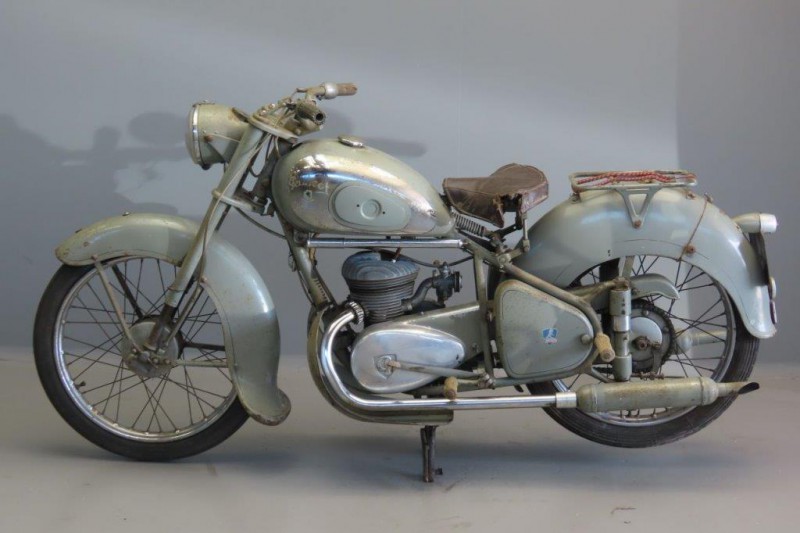 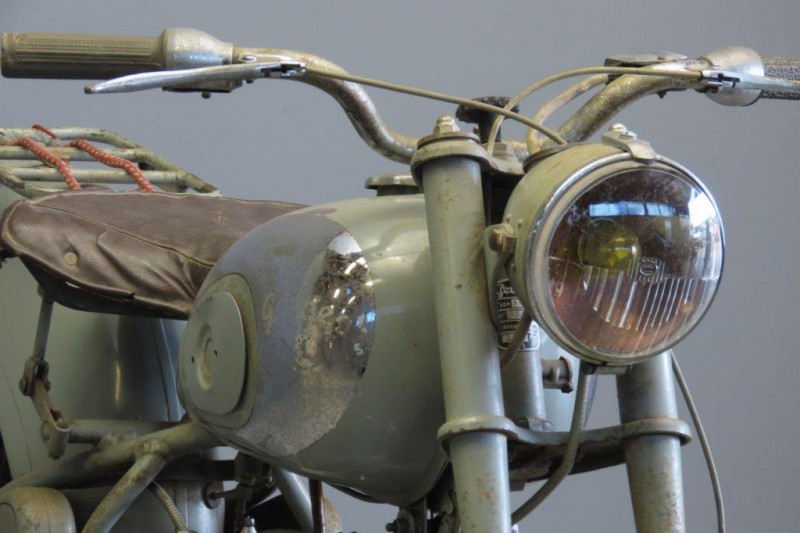 The famous French marque was one of Europe’s Pioneer motorcycle manufacturers, entering the market as early as  1899.
The firm quickly established itself as one of the premier engine suppliers and motorcycle manufacturers.
The first  Peugeot  two stroke was the CM1, presented in October 1922. It was a true lightweight motorcycle with a weight of less than 40 kg and a  bore x stroke of 52mm, giving a capacity of 110 cc.
In the course of the twenties and thirties  various models were brought out and there was a constant development in technology.
The war stopped this development for some years but in 1945 Peugeot marketed a new line of 125 cc two stroke singles, the P55 series.
The  unit-construction  engine had bore x stroke dimensions of 51x60mm, giving a capacity of 122.6 cc.
The first models had  tanktop-operated gear change,   webb-type front suspension and  an unsprung frame, later versions got telescopic front forks and rear suspension.
The model we present here is  of 1953 vintage and has both front and and rear suspension and  a foot-change 3-speed gearbox.
The machine weighs 85 kg and is good for  a  cruising speed of some 70 km.
This charming little Peugeot is  a runner  and is fitted  with  matching legshields.
She comes in very original and authentic condition.
The odometer shows a mere  11885 km and the machine has  probably been  on the road for a limited period only