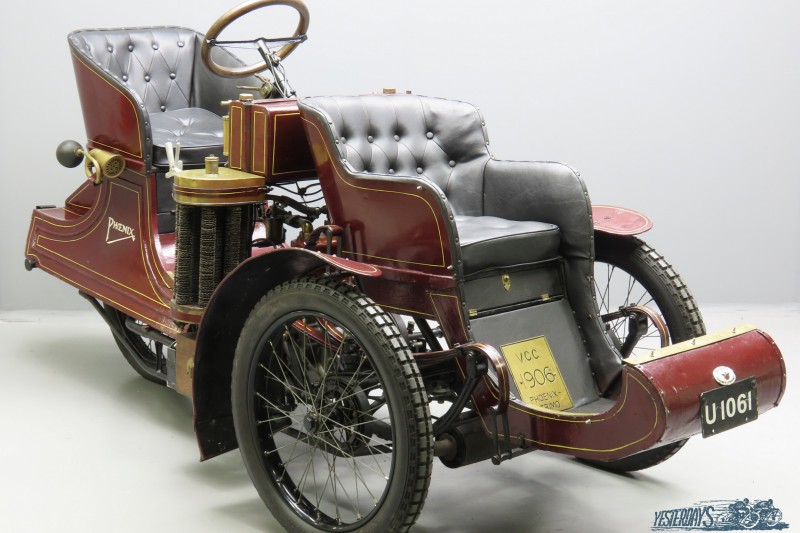 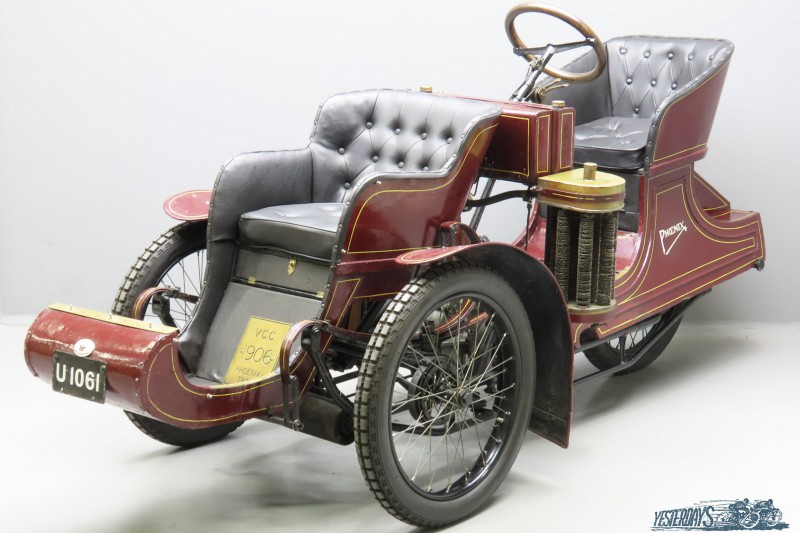 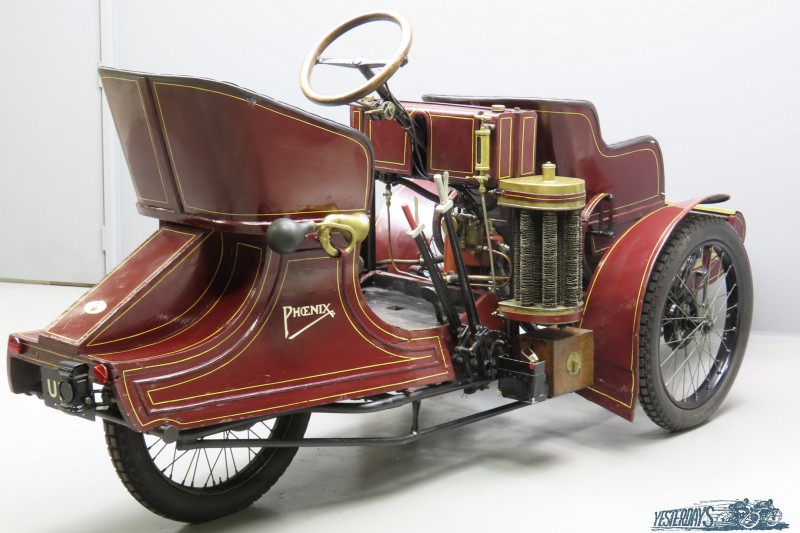 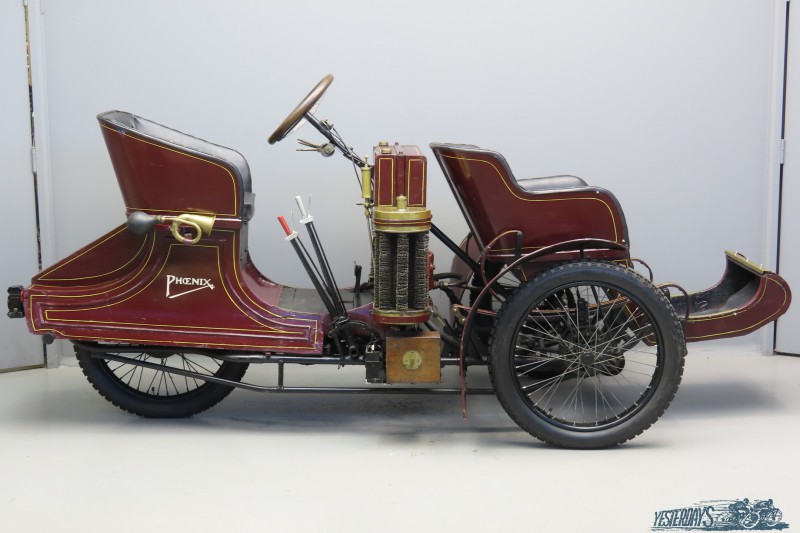 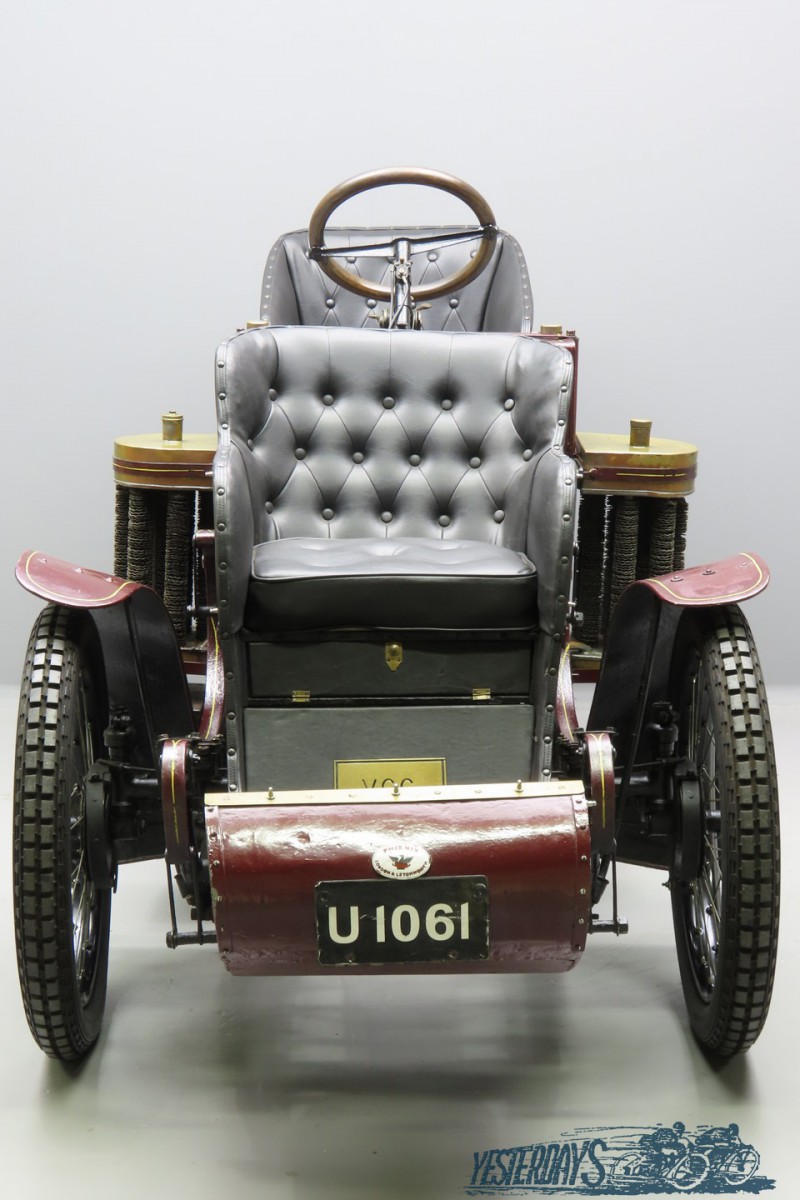 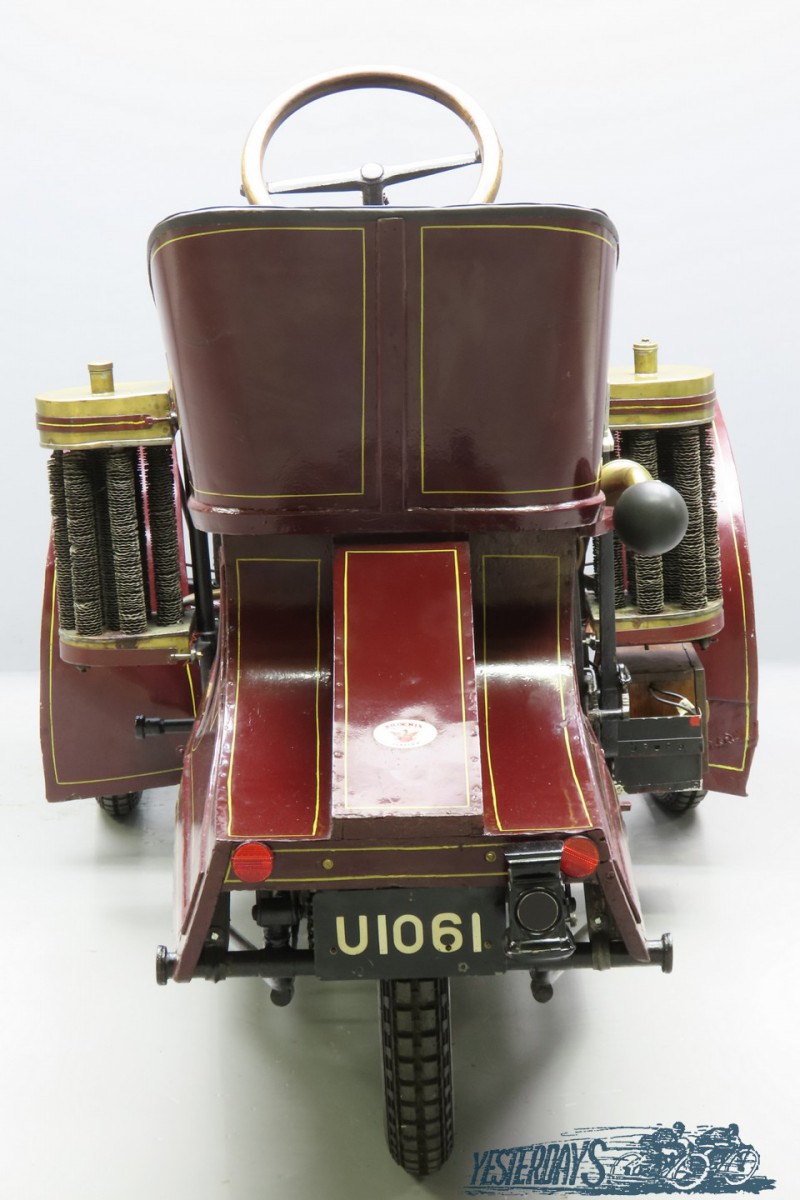 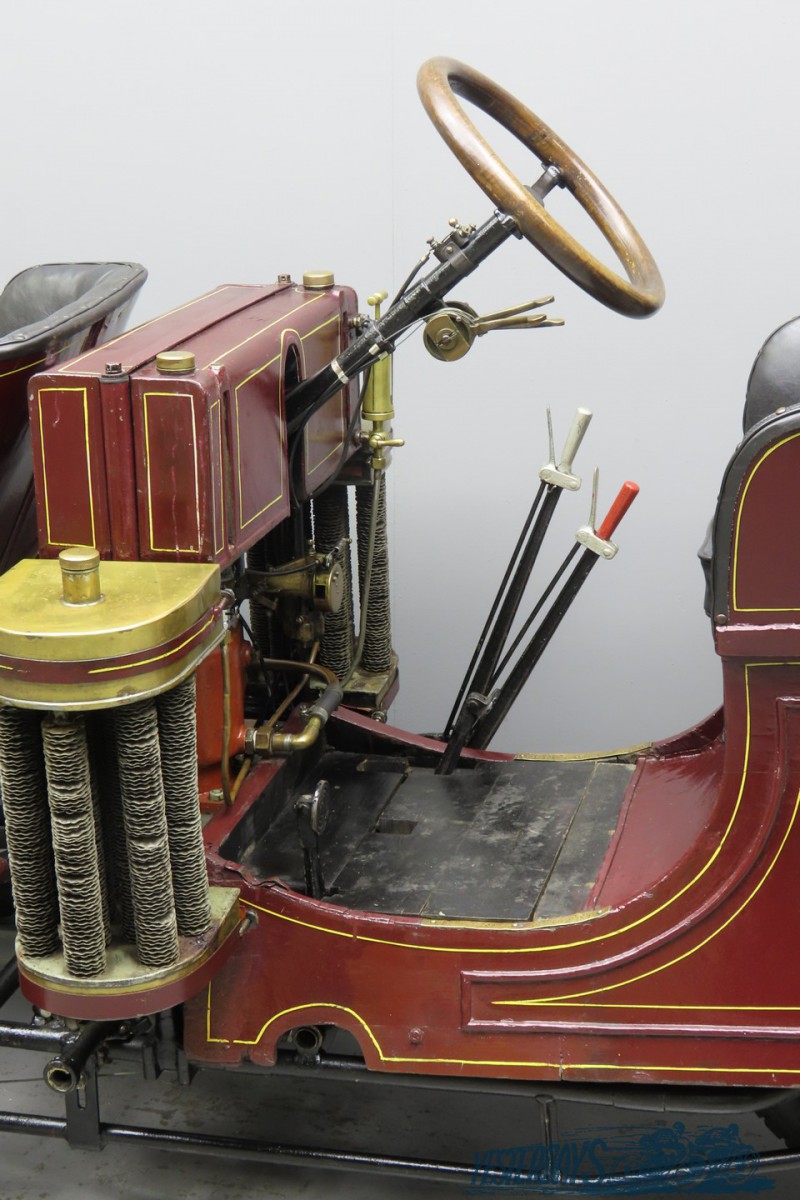 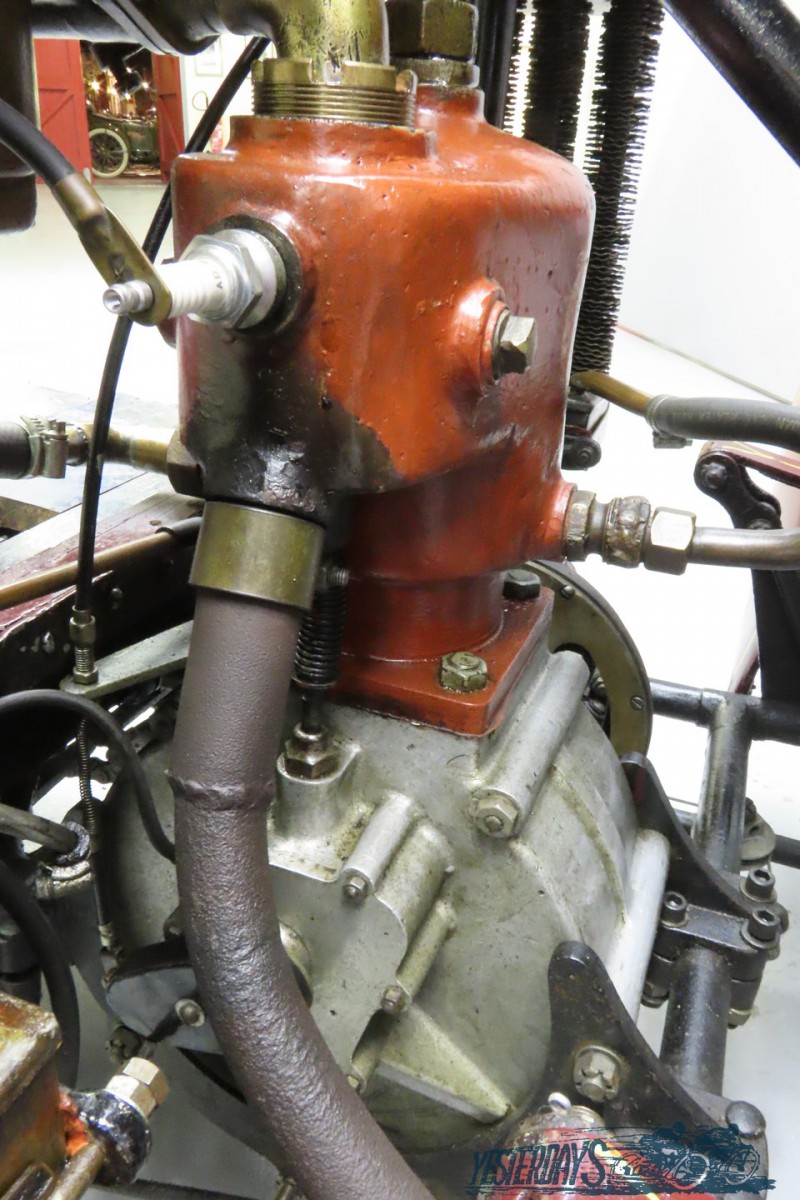 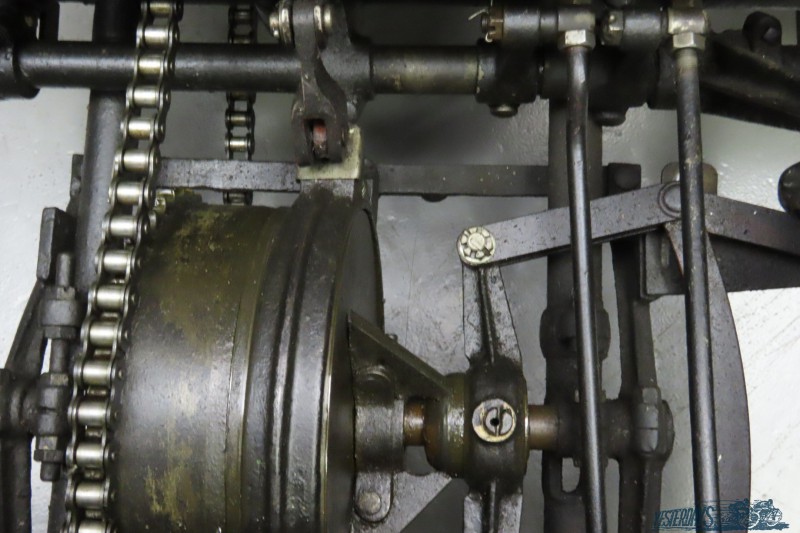 Built from the early 1900s at the Phoenix Motor Cycle Works in Holloway Road, North London, and powered by the ubiquitous Minerva ‘clip-on’ engine, J van Hooydonk’s motorcycle was widely reported in the motorcycling journals of the day.
It was clearly one of the more advanced of these early motor bicycles, featuring hand-pumped lubrication and a multiplicity of control levers for adjusting ignition advance/retard, fuel mixture, ignition cut-out, and engine de-compression.
A press opinion published in The Autocar read: “I have met with one maker who is evidently a man with his head screwed on the right way.
Mr. J. van Hooydonk is what is known as one of the “small makers” but his machines have been growing in popularity among crack riders of the Nort Road Club, of which he himself is a member. Instead of being content to take what the foreigners will send him, he has made improvements upon the Minerva, which have already been successful.
The result is that this machine (called the Phoenix) is the most advanced standard pattern motor bicycle on the market.
I have not yet been able to make it sideslip, but live in hopes.
I am having a Phoenix built with some additional fads of my own, but until I have thoroughly tested it I will not speak of its success.”
Van Hooydonk went on to produce tricycle forecars, the first of which appeared in 1903, and the company went on to build ‘proper’ motor cars from 1908 until 1926, latterly at Letchworth in Hertfordshire.
Phoenix forecars were advanced in design and reliable and were very successful in long distance trials.

This impressive vehicle is an older restoration and comes with an extensive file of historical and technical information, including a Pioneer Certificate and Certificate of Date of the Veteran Car Club.
It was once part of the National Motorcycle Museum Collection in Birmingham and was lucky enough not to be damaged in the great fire in 2003.
It is powered by a 90x 120mm coil-ignited French Velox engine that was manufactured under De Dion Bouton patents and is fed by a Zenith carburettor.
The cooling system has two distinctive side radiators and there’s an epicyclic 2-speed gear on board.
The Trimo is well-sprung with double leaf springs front and rear and there are external contracting band brakes on all three wheels.
The upholstery is in excellent condition as is the practical passenger’s apron.