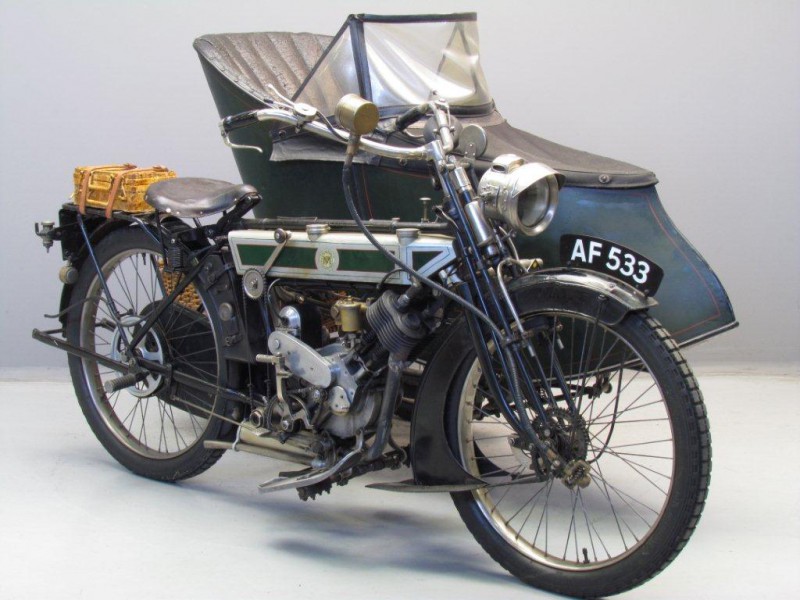 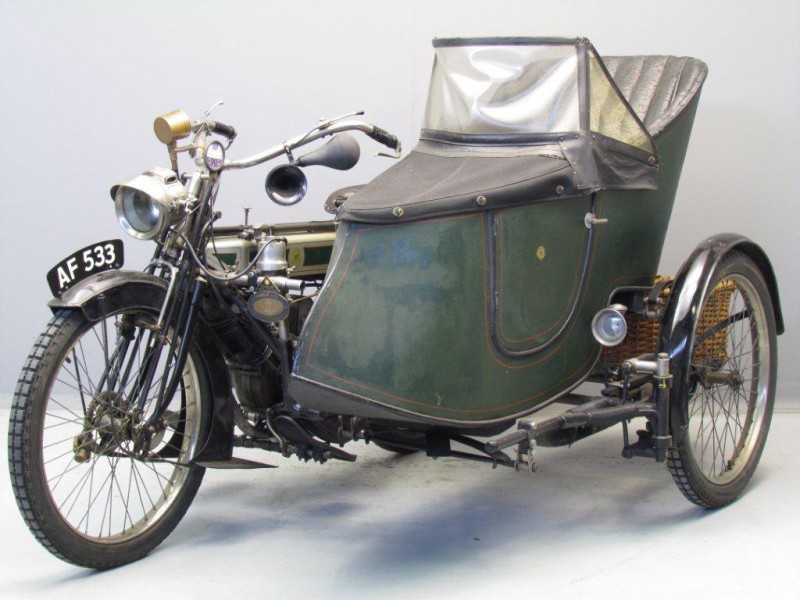 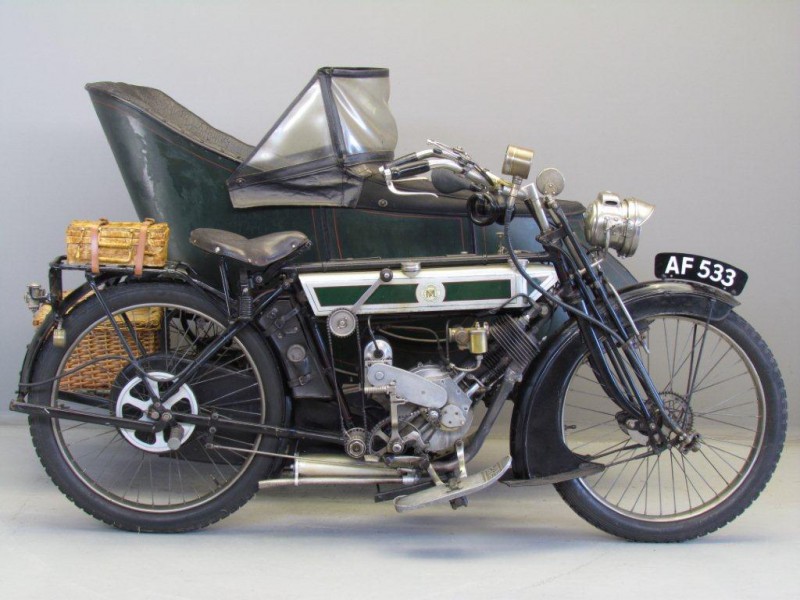 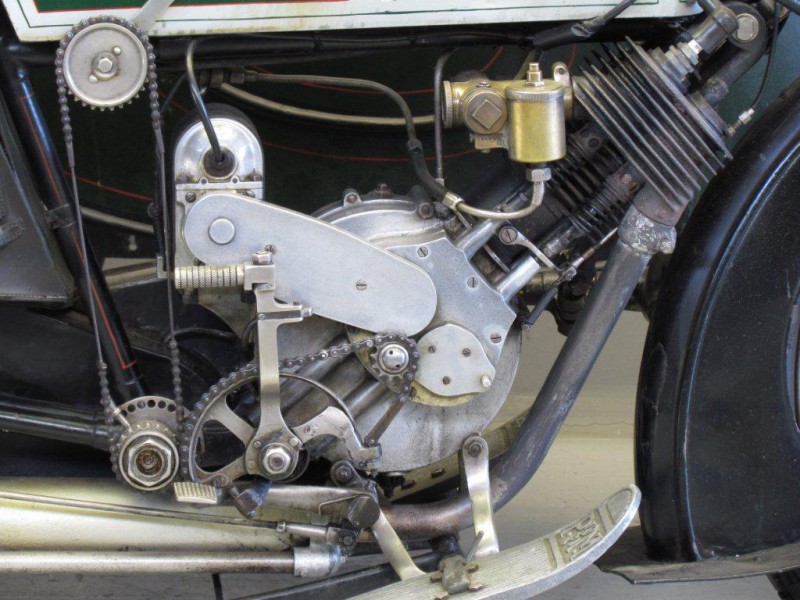 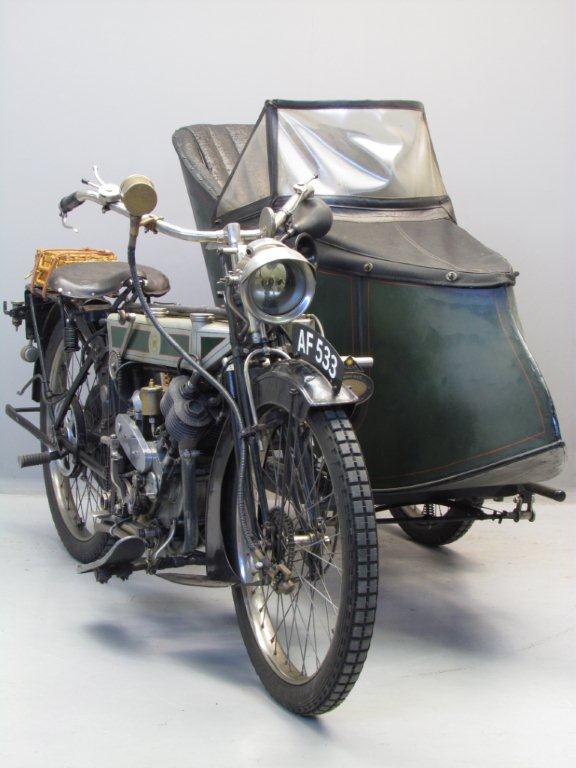 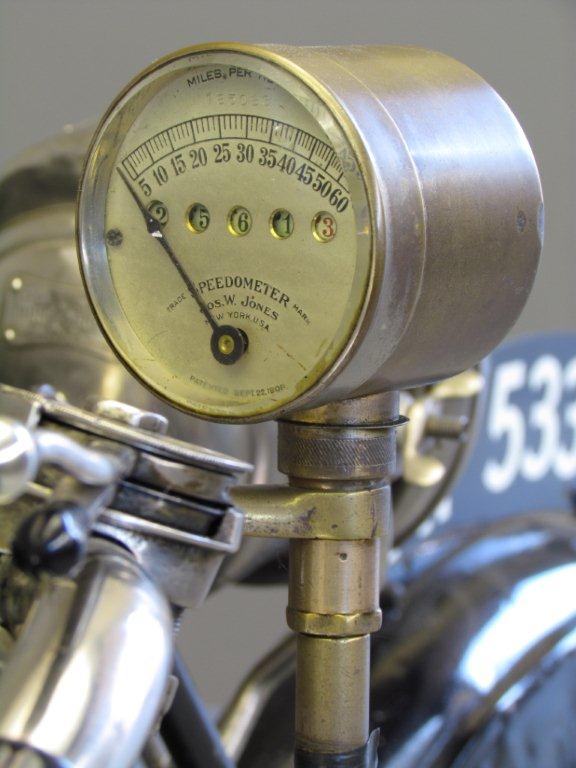 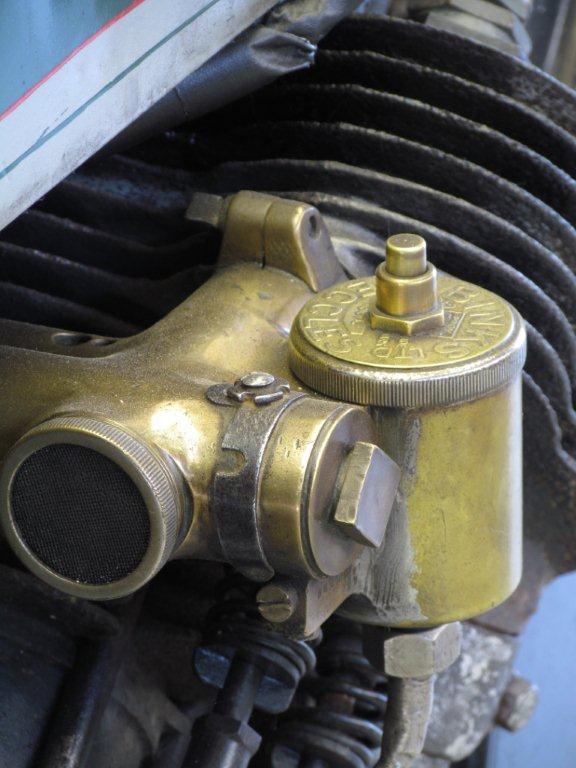 Phelon & Moore (P&M) was founded in Cleckheaton, South Yorkshire in 1904.
Joah C. Phelon, partner with Harry Rayner in a small engineering business in the town, had built his first prototype motorcycle in 1900, the rights to which were bought by the Humber company.
Following Rayner’s untimely death in 1903 Phelon entered into a fresh partnership with Richard Moore.
Phelon’s first designs had featured engines with inclined cylinders forming part of the frame, and this trademark arrangement was continued by the newly formed P&M.
One of the fledgling firm’s first developments was a two-speed primary gear consisting of a pair of chains and a selective clutch, which would remain a P&M feature into the early 1920s. Mainstay of production prior to WWI was a 3½hp single that would be progressively developed, gaining magneto ignition, a contracting band rear brake, P&M’s own front fork and a mechanical inlet valve as the years passed.
In 1913 a new 3 ½ HP engine was presented with bore and stroke dimensions of 84.5 X 89 mm.
This engine was nominally rated at 3 ½ HP but actually delivered up to 5 HP.
This improvement was carried out to meet the increasing demand for sidecar mounts.
When war broke out in August 1914, the 3½hp P&M, which had been undergoing assessment by the War Office prior to the commencement of hostilities, was chosen as official motorcycle transport for the newly formed Royal Flying Corps.