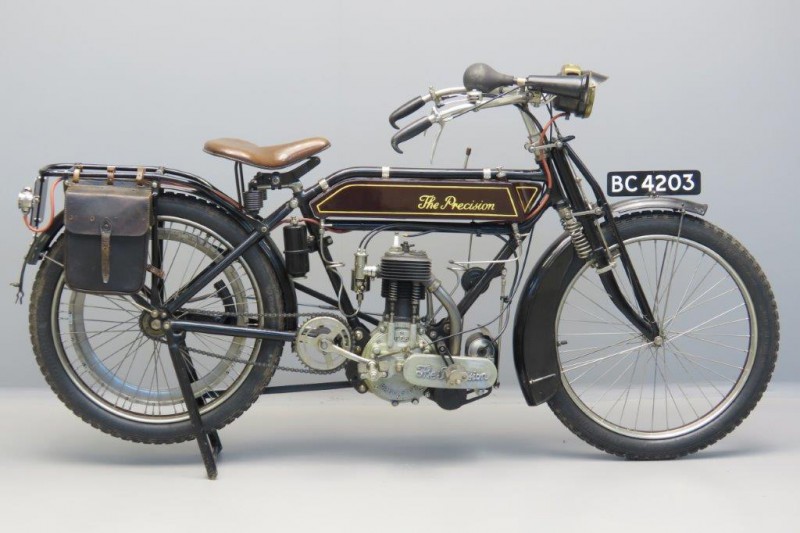 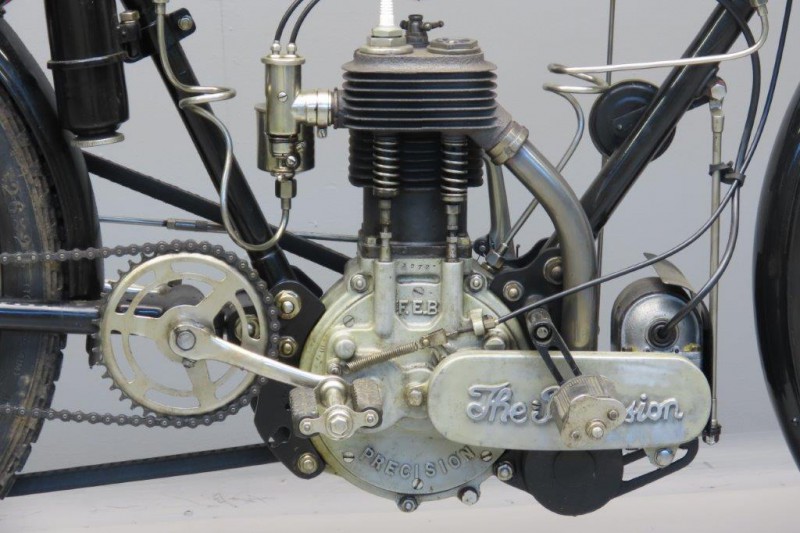 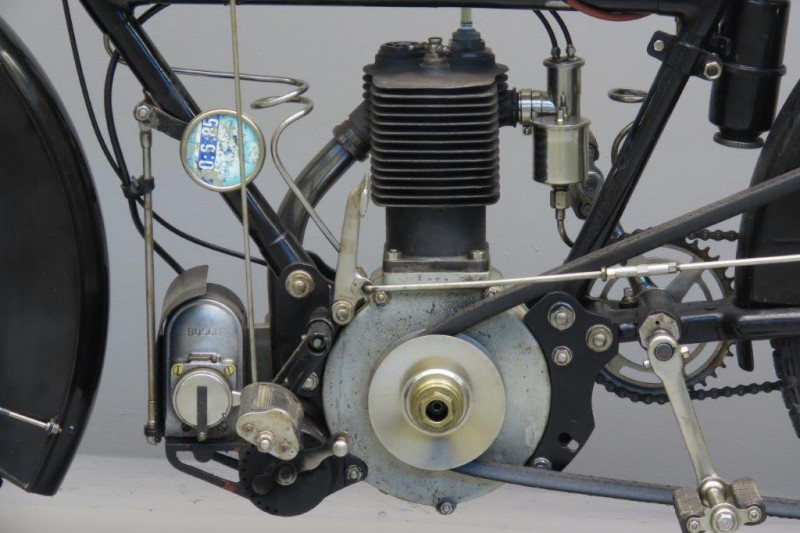 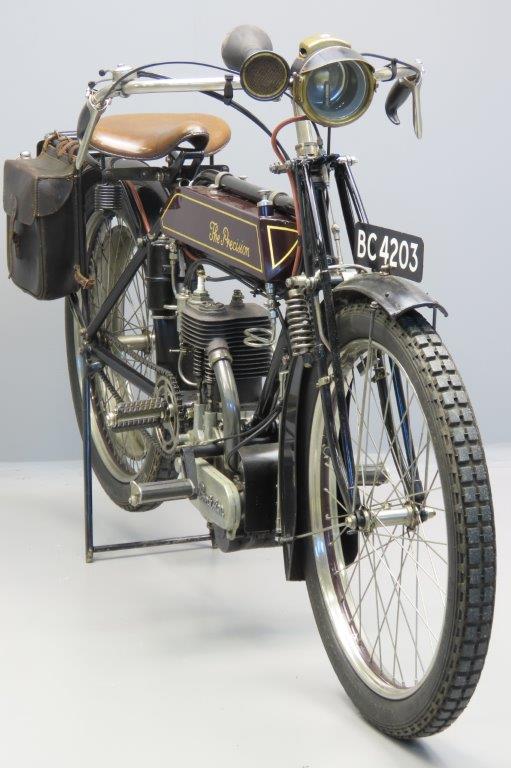 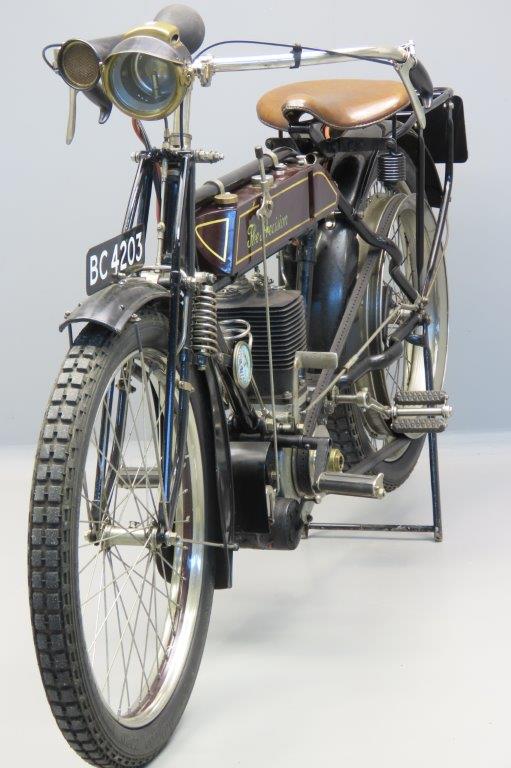 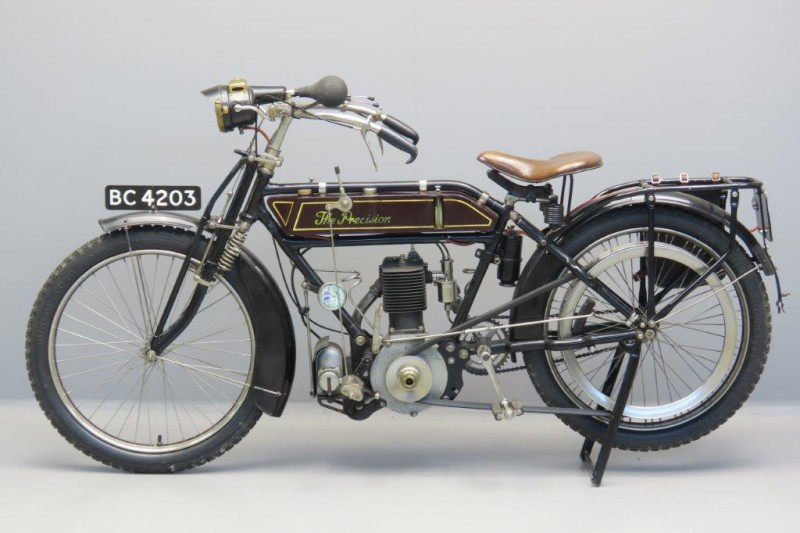 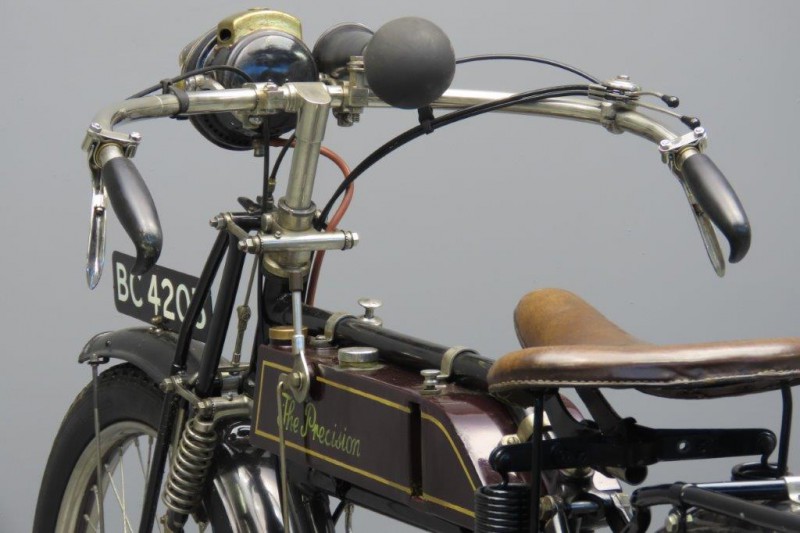 The company F.E. Baker Ltd. was founded by Frank Baker in 1906 to build bicycle fittings under the Precision name and was based at the Precision Works in Moorsom Street, Birmingham. Baker had previously worked for Eadie, Royal Enfield and Premier Cycles.
In June 1910 Baker presented his first engine, a 499cc side valve with typical square finning. Business went well: In November 1911, at the London Olympia Show, no less than 96 machines of various manufacturers were fitted with Precision engines, 293cc, 499cc and 599cc singles, or 760cc V-twins.
Baker had declared not to build complete motorcycles to avoid direct competition with those of his customers, but during 1912 he changed his mind and had a number of Precision motorcycles built, probably at the neighbouring Sun Cycle and Fittings Company of Aston Brook Street. Understandably, this move was found to be less than popular with existing engine customers.
The complete machines were therefore mostly exported, mainly to South Africa, New Zealand and Australia.
Post-World War I the firm got again around to building a complete motorcycle.
It was launched as the “Beardmore Precision” because the Scottish Beardmore Engineering Group had gained control of Baker’s company.
That first machine was a two stroke with leaf sprung suspension front and rear. Soon the range was expanded with side valve models, a Barr & Stroud sleeve valve model and OHV and OHC works racers.
Production models were very successful in trials events of the day, but the firm had to close down in 1924.
This well-restored 1912 machine comes with Pioneer Certificate and is an example of a sturdy, high quality veteran motorcycle with reliable engine, Bosch magneto and direct belt drive.
She has shown her reliability in various vintage motorcycle runs and is equipped with leather bag, bulb horn and Lucas acetylene lighting system.