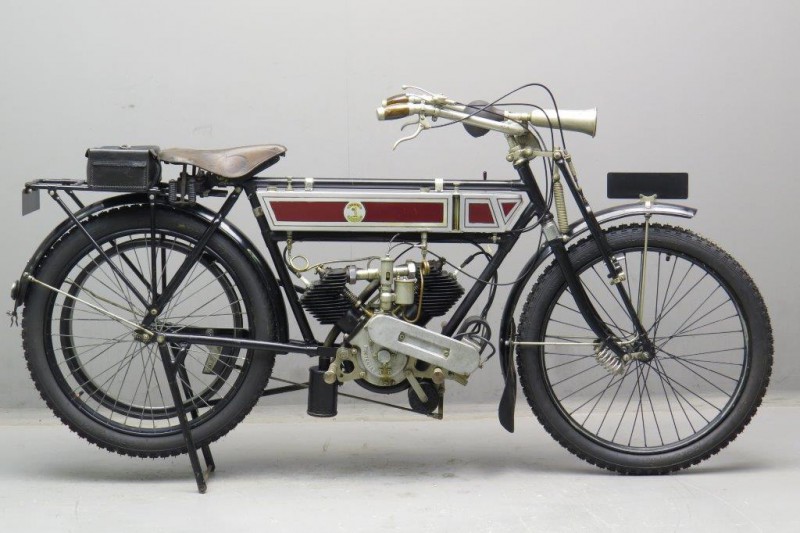 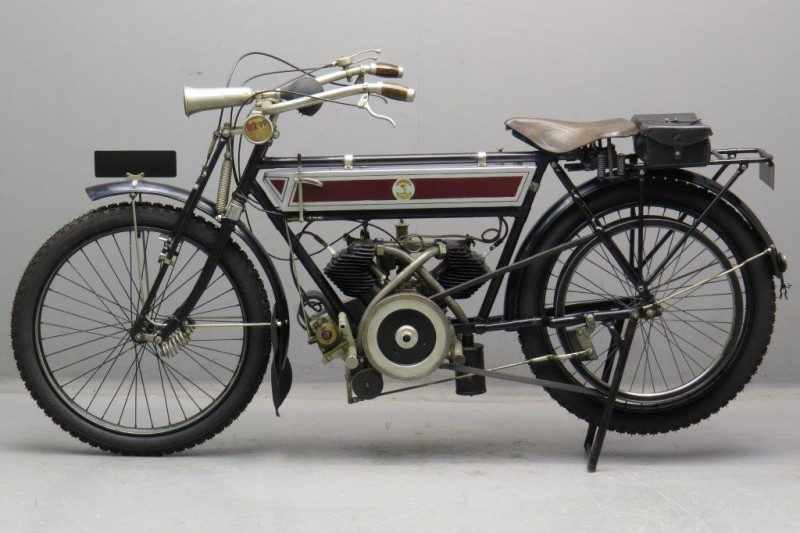 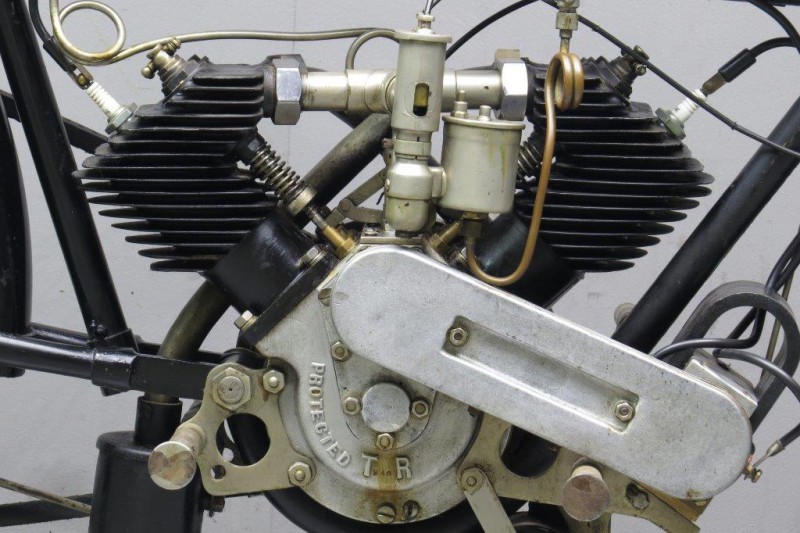 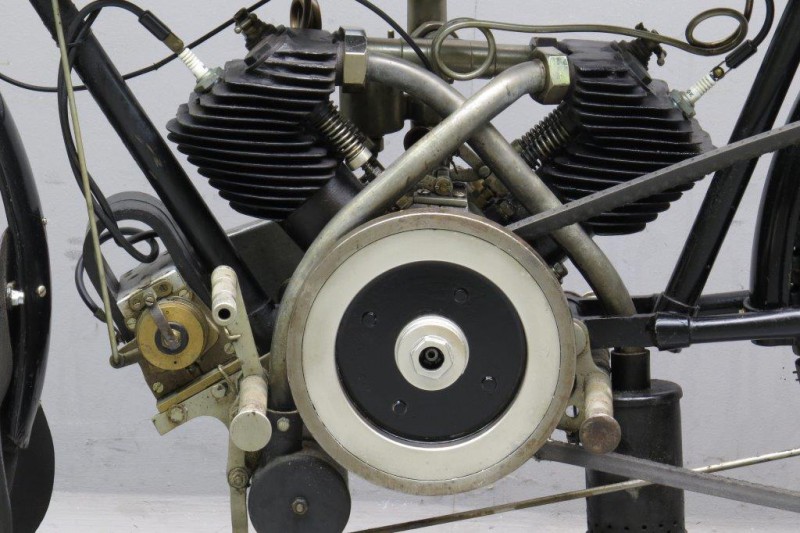 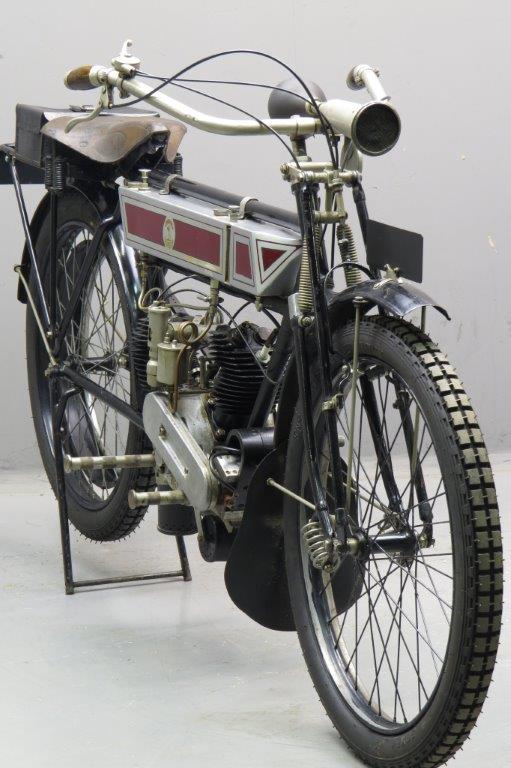 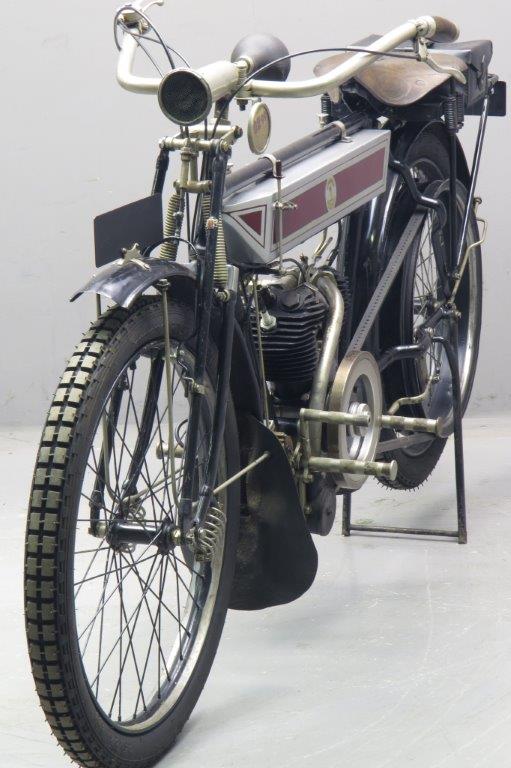 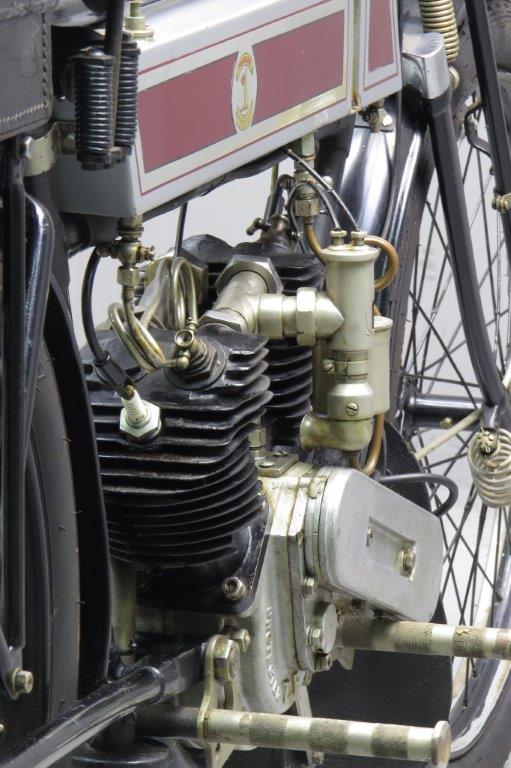 The Premier firm’s beginnings (circa 1876) were typical of the era inasmuch their roots were in the production of quality bicycles.
After trading for 15 years as The Hillman & Herbert Cycle Co the Premier name was adapted in 1891, although it wasn’t until 1908 that the first motorcycle was introduced — initially fitted with a bought-in engine from White & Poppe — followed a year later with a 600cc [3.75hp] vee-twin of their own manufacture, priced at 50 guineas.
This 90 degree V-twin   ( bore x stroke 66 x 80 mm) has an outside flywheel and  has the big-ends placed offset;  the engine fires evenly at 180 degrees so  it is very well balanced and free from vibration.
Premier performed quite successfully on the sporting side at that time but from 1912 onwards there was a concentration upon their own cycle-car and, following the conclusion of WWI, motorcycle production ceased altogether.
The company was purchased by Singer in 1920.
Although owned and ridden for several years by the late Lord Strathcarron, motoring correspondent for The Field, the Premier’s history is virtually a blank, aside perhaps from a clutch of tax discs dating between 1975 and 1999.
It was, however, sold at auction in 1999, to a Hampshire enthusiast who subsequently sold it untouched and un-ridden to the following owner — also resident in Hampshire — some twelve years ago.
Since then the machine has been proudly stored in his living room, again never ridden, but now shod with new tyres and tubes.
Nicely ‘patinated’ from what is thought to have been an extensive re-assembly exercise in the 1960s the Premier is presented in a very complete and well running condition; the vee-twin is believed to be one of just two twin cylinder examples of this type still extant.
The other is displayed in the National Motorcycle Museum in Birmingham, UK.